5 December 2018: Bearded dragons (Pogona vitticeps) are battling the impacts of climate change, habitat destruction, native predators, and now we can add feral cats to the list, too.

Researchers from the Institute from Applied Ecology at the University of Canberra are currently in Cunnamulla, Queensland, studying sex reversal in dragons. The threat of feral cats was brought home recently when one of the dragons they were tracking, a pregnant female affectionately known as Niña, was taken by a feral cat. 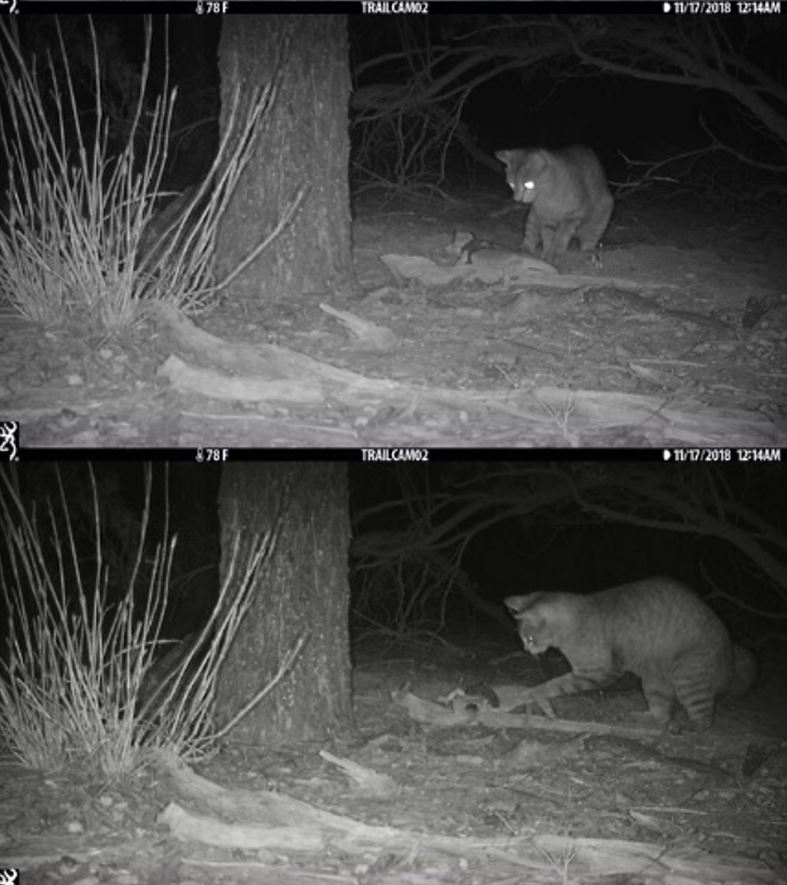 Researcher Kris Wild has been tracking dragons at in the Bowra Conservation Reserve for the last three months and was saddened to see Niña killed.

“To our distress, puss pounced then played with Niña, killed her, ate one leg, and discarded the remainder. Clearly the cat was not particularly hungry, but nevertheless, did what cats do,” said Mr Wild.

Feral cats are an unwelcome guest in the Australian landscape. They are highly effective killers and have the potential to lead to local extinctions. Australian native wildlife has been isolated millions of years and is particularly vulnerable to the introduction of feral cats.

“Almost half of the animals we have been tracking have been taken by predators over the last three months, which seems exceptionally high. We hope our data will provide valuable information on how much feral cats are contributing to the low dragon numbers,” said Mr Wild.

Recent studies have provided detail on the impact of feral cats on prey abundance. Feral cats cause high rates of mortality for many bird and mammal species and are responsible for the extinction of at least 18 species of island-endemic vertebrates. Their impact is not dramatically lessened as abundances decline, and so already threatened species can be brought to the brink of extinction by the added predation pressure.

“Our unfortunate experience with Niña may have deeper relevance for her species in the semi-arid regions of western Queensland. Cats are one of a tyranny of 1,000 cuts, and I hope that cats aren’t the final cut that tips this species and others over the edge when things get tough,” said Mr Wild.