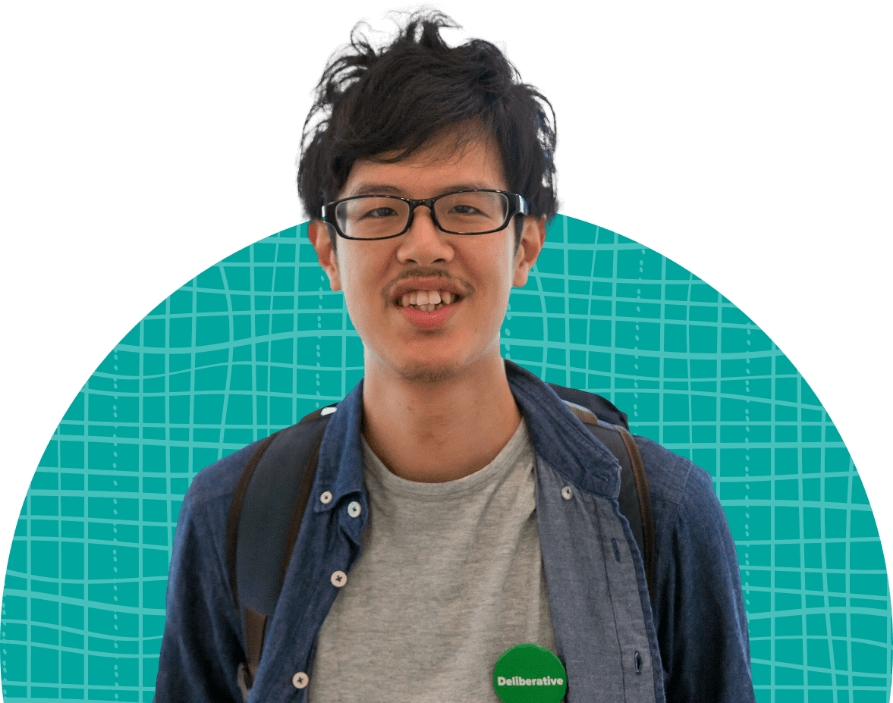 In our time at the University of Canberra, the Centre for Deliberative Democracy and Global Governance (CDDGG) has gone from strength to strength in our outputs of books, articles and our receipt of prizes and research grants and in our collaborations both with academics and industry partners. But more important to us has been the consolidation of an intellectual community known for its high standards, inclusive and cooperative culture, and centrality in the global network in our field. Here is a little background on our history. 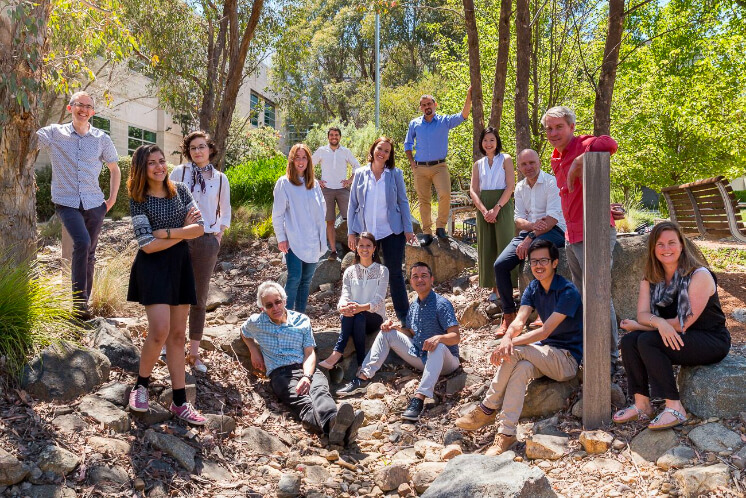 The original seeds of the Centre go back to 2004 when John Dryzek and Simon Niemeyer were sheltering for two days under a rock in New Zealand, waiting for the rain to stop so they could climb a mountain. Here they developed ideas that led to their Australian Research Council (ARC) Discovery Project on ‘The Micro Politics of Deliberation’. 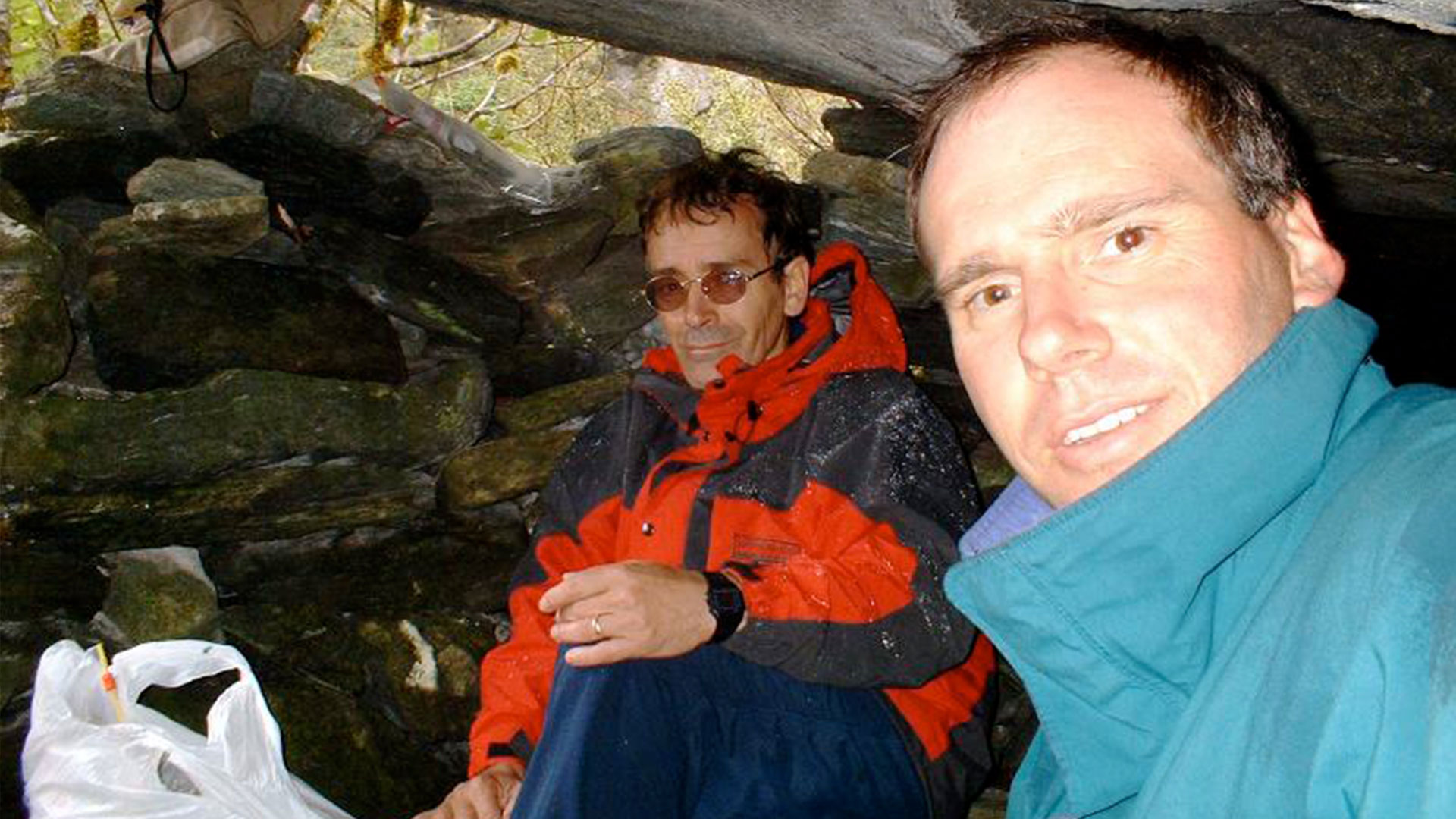 Shrouded in myth, legend, and bad weather in 2004 (Dryzek and Niemeyer pictured)

Early Years and Affiliation with ANU

Dryzek and Niemeyer met through the Social and Political Theory Program at Australian National University (ANU), joined by Carolyn Hendriks, John Parkinson, and Bora Kanra. Deliberative democracy was the lingua franca of the Program (as observed by Bob Goodin, also working in the field).

A ‘Centre for Deliberative Governance’ appeared on the Research School of Social Sciences (RSSS) website. There was no formal centre at that time, but instead a collective of colleagues working in the discipline. PhD students working with us at that time included Louise Clery, Katherine Curchin, Selen Ercan, and Melissa Lovell.

The Centre’s staff and students organised an international conference at the ANU entitled ‘Dialogue across Difference.’ Dryzek also received an ARC Federation Fellowship this year (co-sponsored by the Department of International Relations in the Research School of Pacific and Asian Studies, along with RSSS). This brought ‘Global Governance’ to the Centre’s title, and for the first time the Centre had its own suite of eight rooms in the Coombs Building at ANU.

This is the era when our seminar series, annual conferences, and weekly morning teas began. Resources also flowed in from ARC grants and a Future Fellowship to Niemeyer for his work on scaling up deliberation.

The Centre was located in School of Politics and International Relations at ANU.

Our move to the University of Canberra

The Centre then moved to the Australia and New Zealand School of Government Institute for Governance (ANZSIG) located at the University of Canberra (UC). The Centre comprised Dryzek, Niemeyer, Curato and Rocha. Selen Ercan, appointed as a postdoctoral research fellow at UC in 2012, paved the way for the move, and joined the Centre at this time. 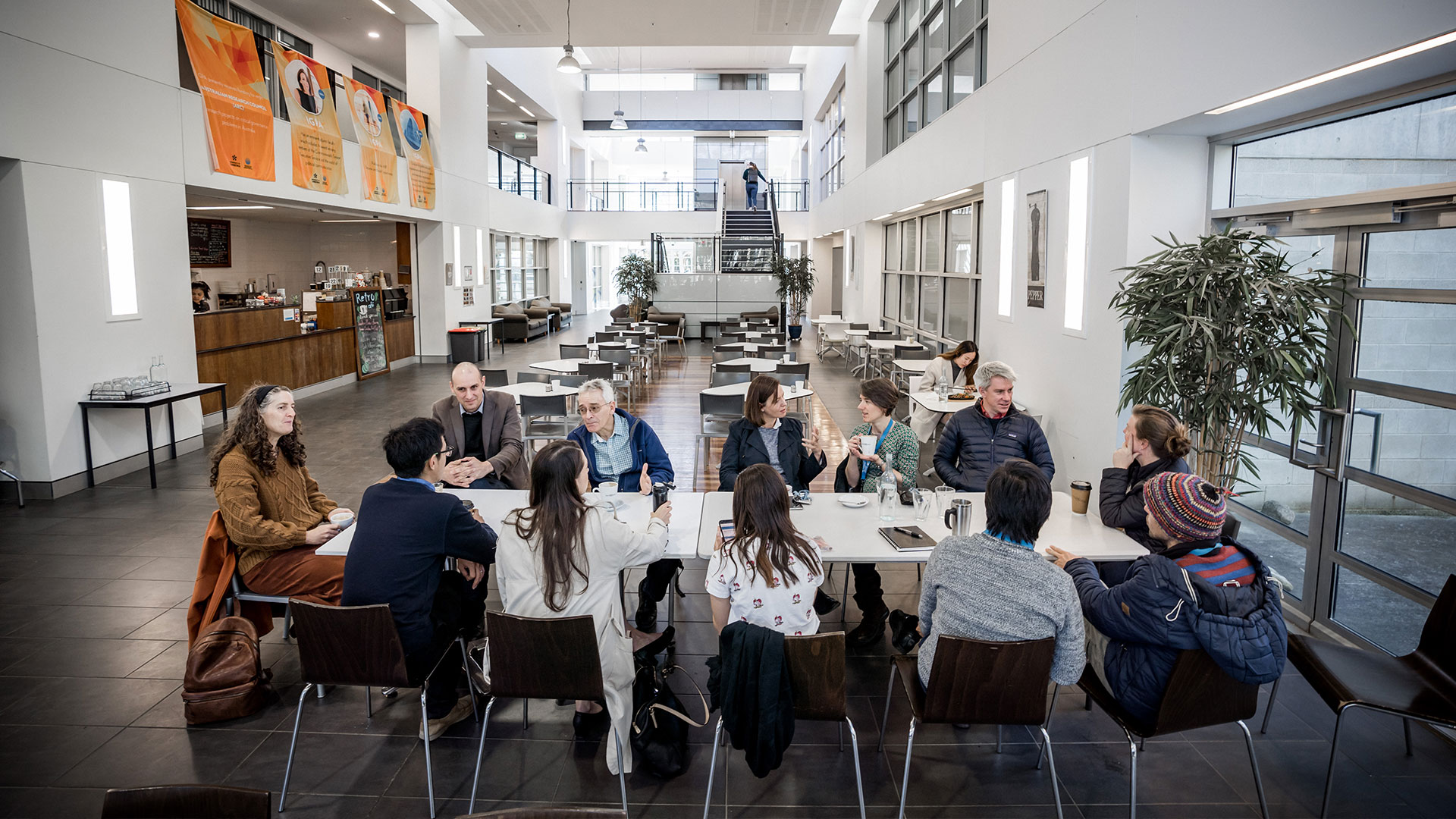 Our tradition of Tuesday morning tea

In 2019, our bid for strategic funding from UC was successful, so 2020 our existence as a Centre was formalised for the first time. We were originally located within the Institute for Governance and Policy Analysis (in the Faculty of Business, Government & Law), with John Dryzek as Director. The Directorship then moved to Simon Niemeyer, and in 2022, to Selen Ercan.

This formalisation also allowed for our first serious involvement in undergraduate teaching with Nicole Curato, Selen Ercan redesigning and beginning to convene the Centre’s undergraduate unit ‘Investigating and Explaining Society’ in the Faculty of Business Government & Law.  In 2021, our teaching team composed of Hans Asenbaum, Nicole Curato, Selen Ercan and Nick Vlahos, Nardine Alnemr and Anne Jedzini received the University of Canberra’s teaching prize for Outstanding Contribution to Student Learning. 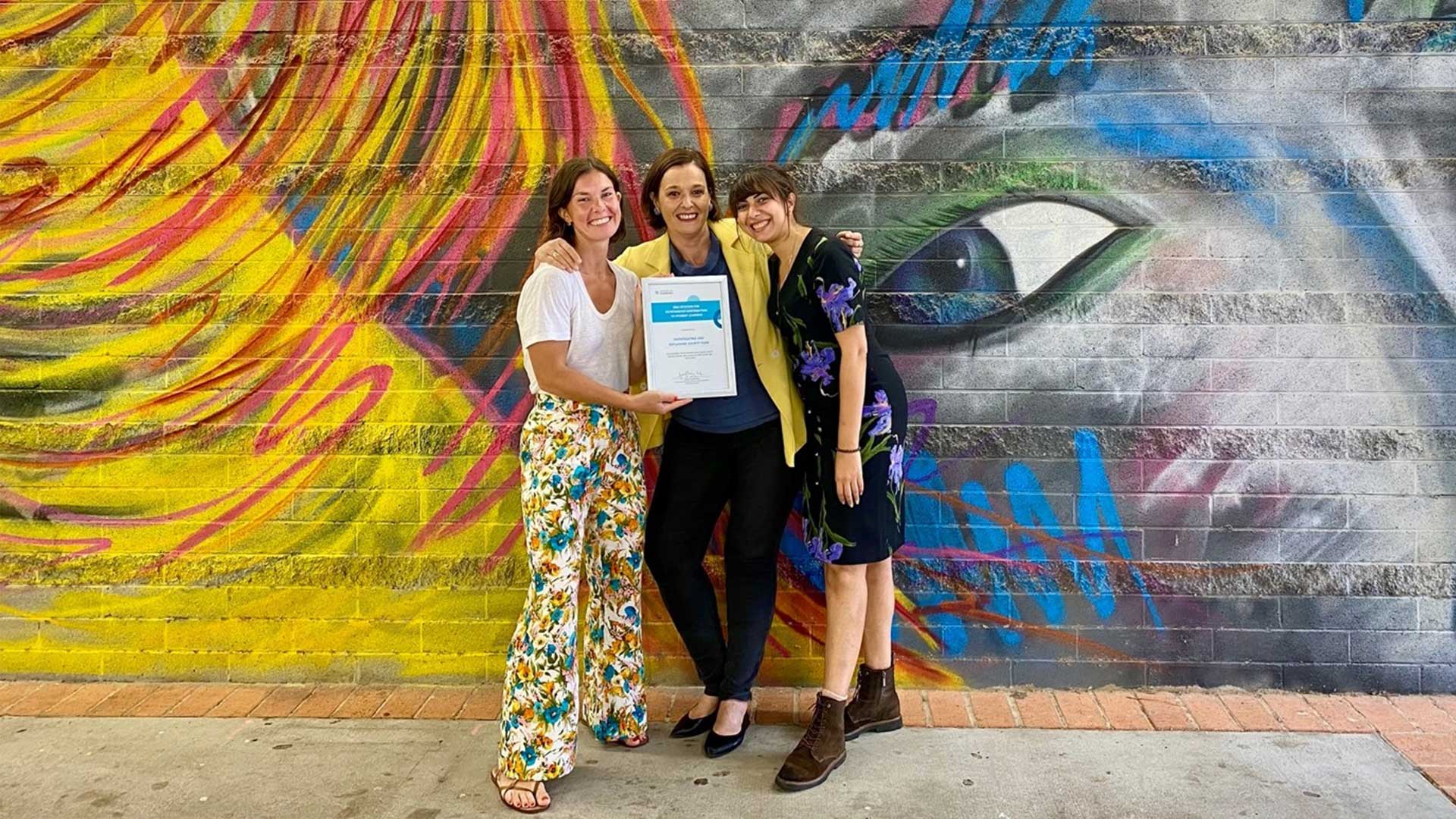 This year, we were proud to attend the graduation ceremony of our PhD students, Jane Alver, Pierrick Chalaye and Emerson Sanchez. 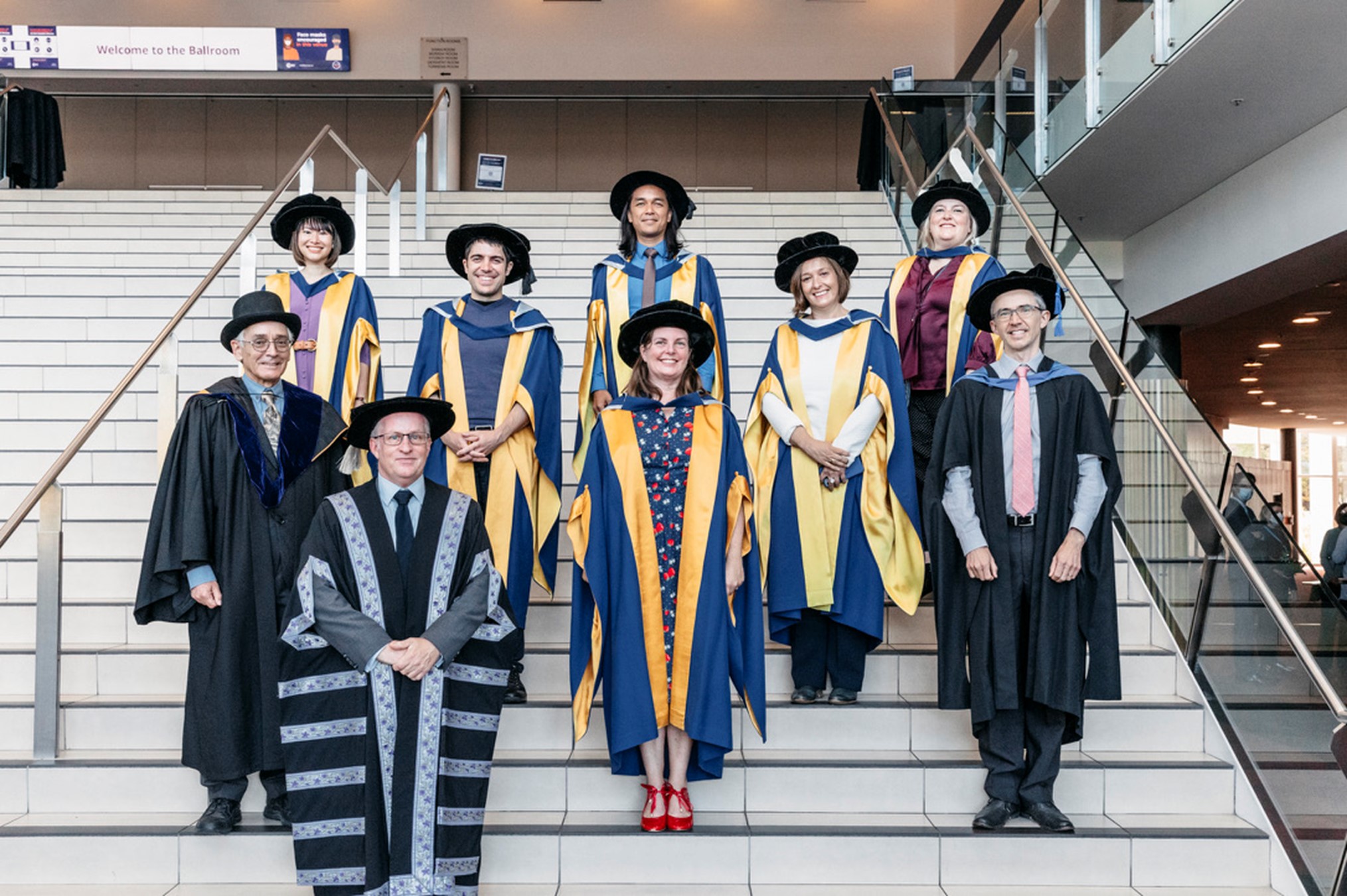 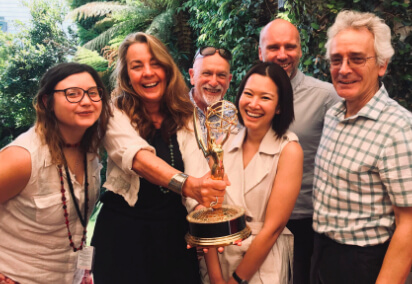 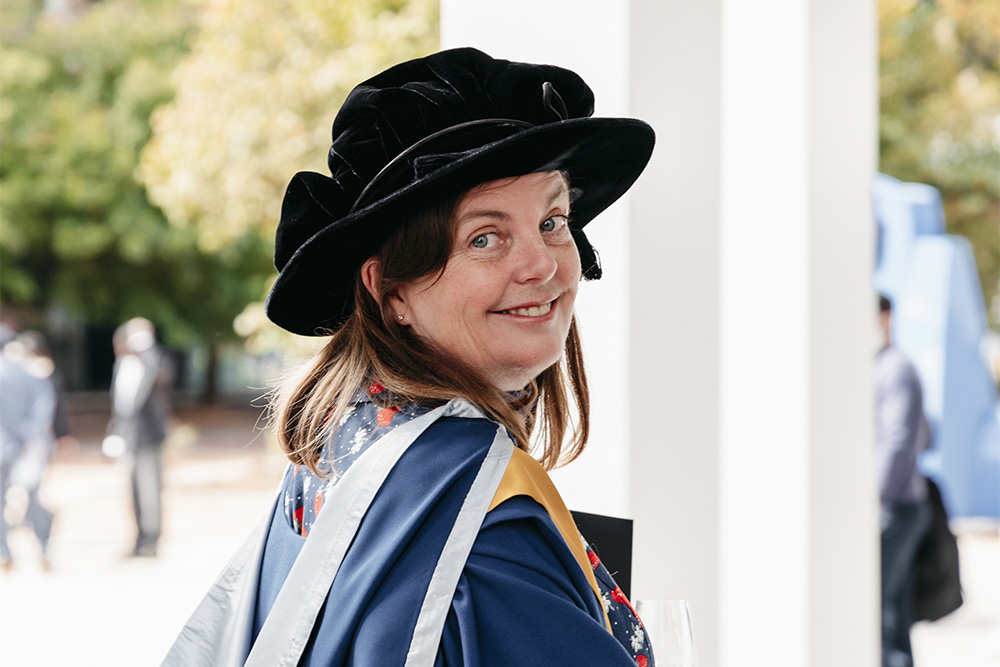