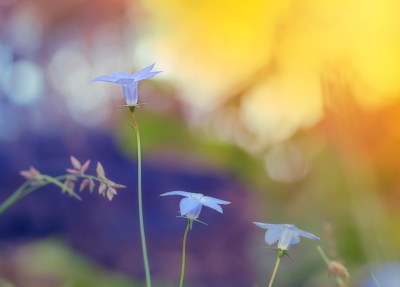 Evelyn donates each year to the UC Foundation Scholarships Fund, to provide financial assistance to those who might otherwise not have the opportunity to experience or afford a tertiary education.

A natural adventurer, and experienced scientist, Evelyn* has lived on many different continents and continues to travel regularly for pleasure whenever possible. By the time she moved to Canberra with her young family, she and her husband had already lived in the UK and US. In the late 60s she arrived in Cook "when it was just a telegraph box in a paddock. It was the beginnings of Belconnen".

While raising her children, Evelyn worked part-time at ANU teaching botany and genetics. After moving to France for a short time they returned to the Canberra suburbs. It was at this stage that Evelyn decided to enrol at what was then the CCAE and to complete a Diploma in Professional Writing to compliment her existing science degree. Evelyn also worked at the CCAE as a teacher focused on plant and animal genetics.

"In those days, we got up early in the summer. We went out to Hall and caught grasshoppers while they were still sleeping. We kept them in a bottle until just before class, and then we euthanised them. You squashed them as hard as you jolly well could!" The unfortunate grasshoppers have unusually large DNA cells, making them perfect for study on glass slides in the lab.

Although describing the memory elicits a laugh, she admits "Grasshoppers also have a life, and life has its own rights. I didn’t think then, I just saw them as biological material for my class."

Is this proof she has softened up as the years have passed? Well, she has had time to reflect and cement her belief in social justice and the power that education holds to equalise people. Evelyn’s father was the first in his family to attend university and eventually became a professor. His academic achievements gave his children access to better schools, to travel and other experiences, which ultimately enriched their lives and gave them better opportunities. This is why Evelyn is a regular supporter of the UC Foundation.

"I’ve got a lot of sympathy for people who are newcomers to Australia, and people from the regions, who couldn’t study because they didn’t have the time to. I thought, it’s my basic education that got me where I am, which is happily situated, and reasonably financially secure," she adds.

"My thinking is, privilege needs to be shared. I also think there’s a place for public philanthropy – it brings out better community spirit. I want to make that normal, instead of abnormal."

She’s not interested in getting “bang for her buck” in terms of supporting people who are already high achievers. For Evelyn, the important thing is to get someone in the saddle and get them started.

"Education is important to get people started, but it doesn’t land you at your goal. That’s up to you."