25 January 2023: The University of Canberra extends its congratulations to Chancellor Professor Tom Calma AO, who has been named Senior Australian of the Year 2023.

Professor Calma acknowledged the strong field of nominees in his category and the collegiality among his peers.

"It is humbling to be among so many other finalists who do great work in their community, that is often not known or appreciated by the broader community as it is by those who have nominated them,” he said.

"We do not do what we do for accolades, but often because we see a need that is not being met and we know that with a little coordination and a lot of effort we can make a difference, and that our collective efforts have impact.” 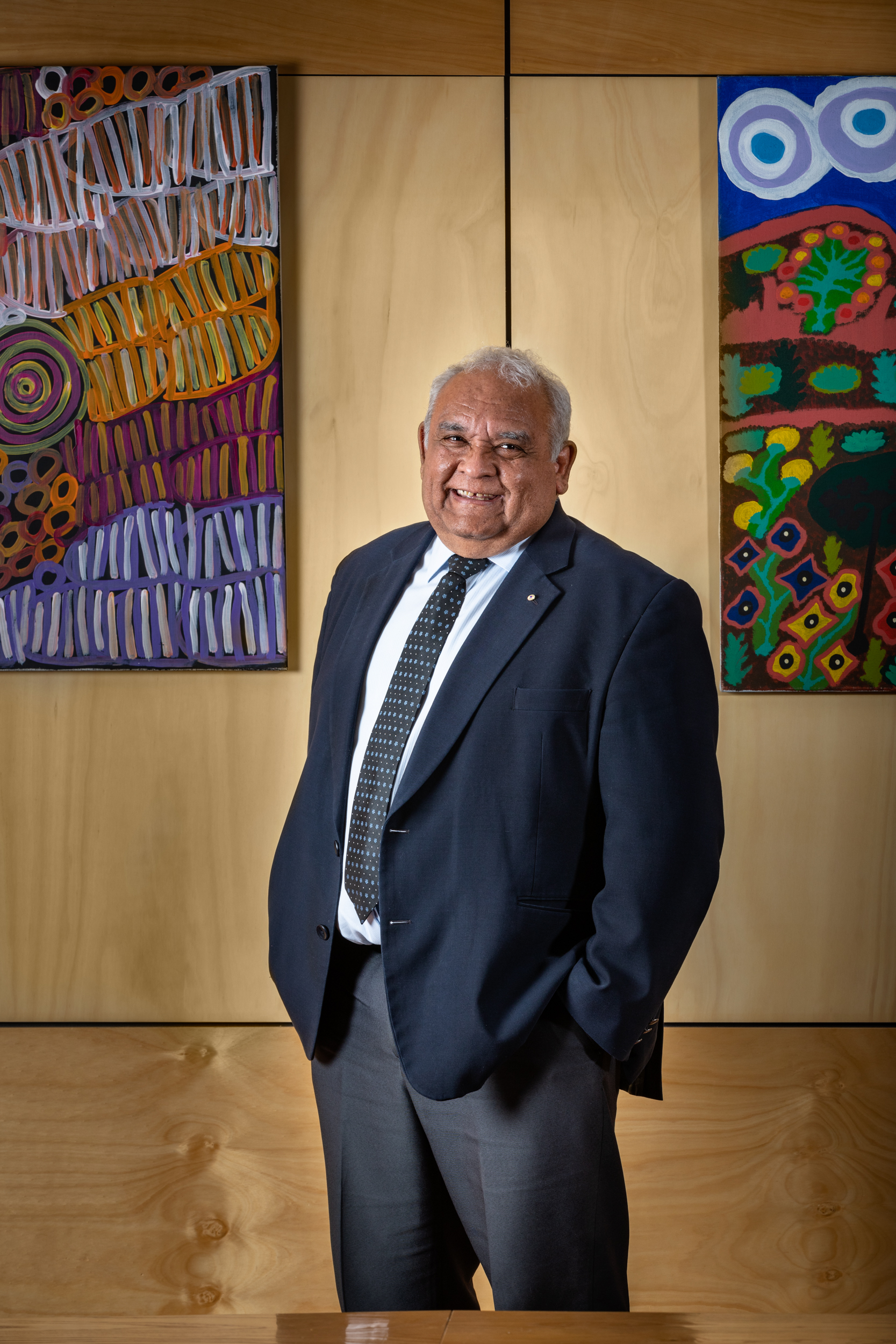 An Aboriginal Elder of the Kungarakan people and member of the Iwaidja people, Professor Calma was voted the ACT Senior Australian of the Year 2023 in November 2022.

“The ACT award is an honour that I share with all those who have supported and guided me.  My major ACT role is Chancellor of UC, while most of my other work is at a national level," he said.

Professor Calma was a driving force behind the University’s Stretch Reconciliation Action Plan (RAP) 2021 – 2024, which includes aims to enhance education outcomes for Aboriginal and Torres Strait Islander students and incorporate the culture into curriculum.

Some of his key national advocacy roles include chairing the Closing the Gap Steering Committee where he remains an active member; co-chair of Reconciliation Australia; being instrumental in establishment of the National Congress of Australia’s First Peoples; working on the development of the inaugural National Aboriginal and Torres Strait Islander Suicide Prevention Strategy; and the promotion of Justice Reinvestment.

In 2022, he became the first Aboriginal Fellow of the Australian Academy of Science, – elected for his efforts in championing the health, education, and justice of Indigenous peoples.

"I am strongly committed to elevating the status and life outcomes of Aboriginal and Torres Strait Islander Peoples, irrespective of where they live or their life situation,” Professor Calma said.

His recognition as Senior Australian of the Year marks an incredibly busy year ahead for the University’s Chancellor, who says he is passionate about playing a role in developing an effective Voice to Parliament – a proposed body chosen by First Nations people that would provide independent advice to Parliament and Government and represent Aboriginal and Torres Strait Islander communities.

“It is important for all voting age Australians, especially on our campus, to understand our parliamentary system and our Constitution, ahead of a referendum on whether to update the Constitution to include an Aboriginal and Torres Strait Islander Voice to Parliament,” he said.

“We need to create an environment where Aboriginal and Torres Strait Islander Peoples can actively work with politicians and bureaucrats to co-design policies, programs and legislation with the best potential to have a positive impact, and be effective and culturally sound.”