Redesigning an icon: how UC students could change Canberra’s cityscape

3 June 2021: The Ainslie Avenue bus shelter at the base of the Canberra Centre may look very different in coming years, with University of Canberra students designing a new look for the distinctive space as part of their curriculum.

The finalists – who are in their second year of a Bachelor of Architecture – will have their designs displayed in the Canberra Centre over the coming weeks. Three groups of students were announced as joint winners this morning at an event at the centre.

Bachelor of the Built Environment student Stephanie Williamson received one of the prizes for her design Swing Stop.

“Canberra has very rigid geometry, so I was playing with a complete contrast to that, having a very swoopy and playful design – kind of like a ribbon floating through,” Ms Williamson said.

“The current bus stop has a very prominent axis, so I wanted to flip that on its head.” 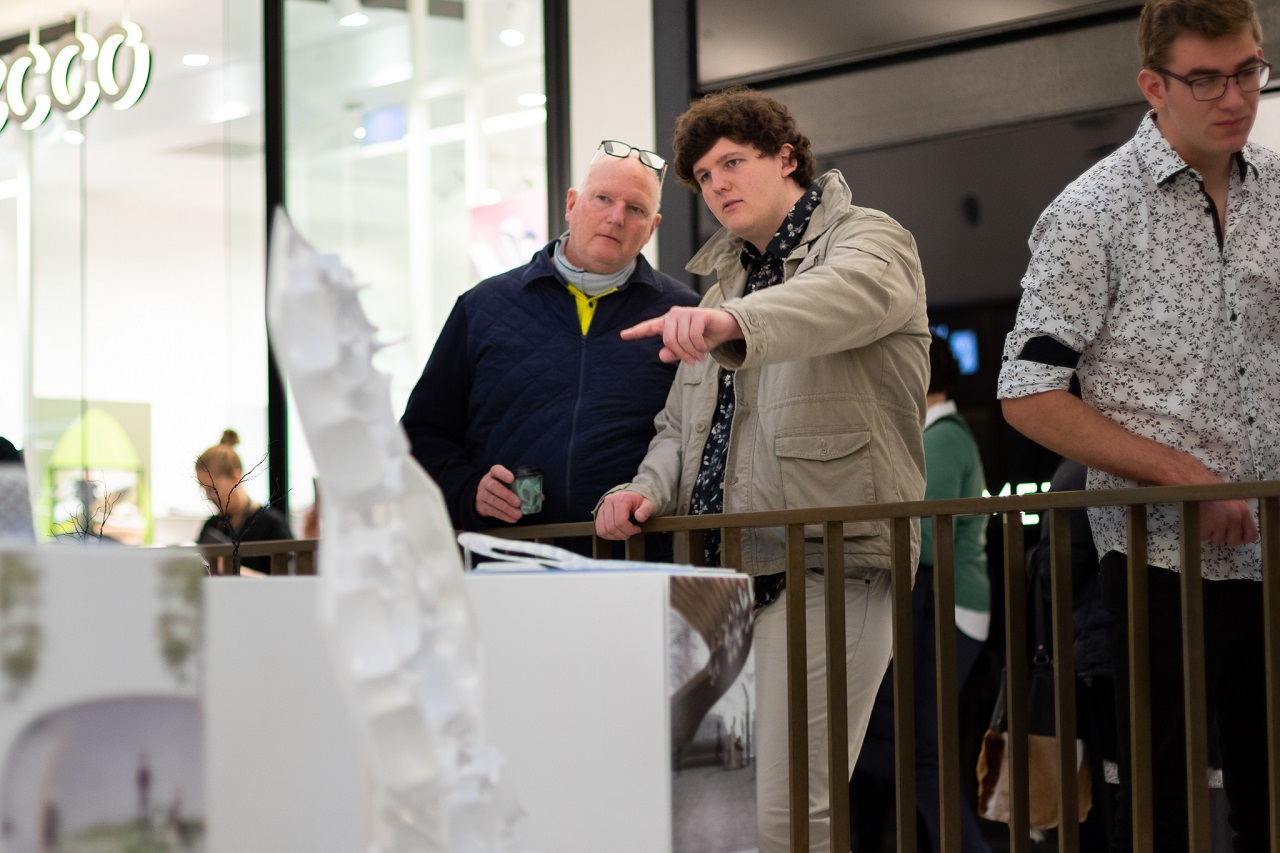 Executive Dean of the Faculty of Arts and Design Professor Jason Bainbridge said the competition was an example of the real-world experiences University of Canberra students are subjected to throughout their degrees.

“This design competition has allowed our students to experience what it is like working in industry,” Professor Bainbridge said.

“The partnership with the Canberra Centre means that the students are able to design sustainable building solutions while working to a brief that actually changes the landscape around them.” 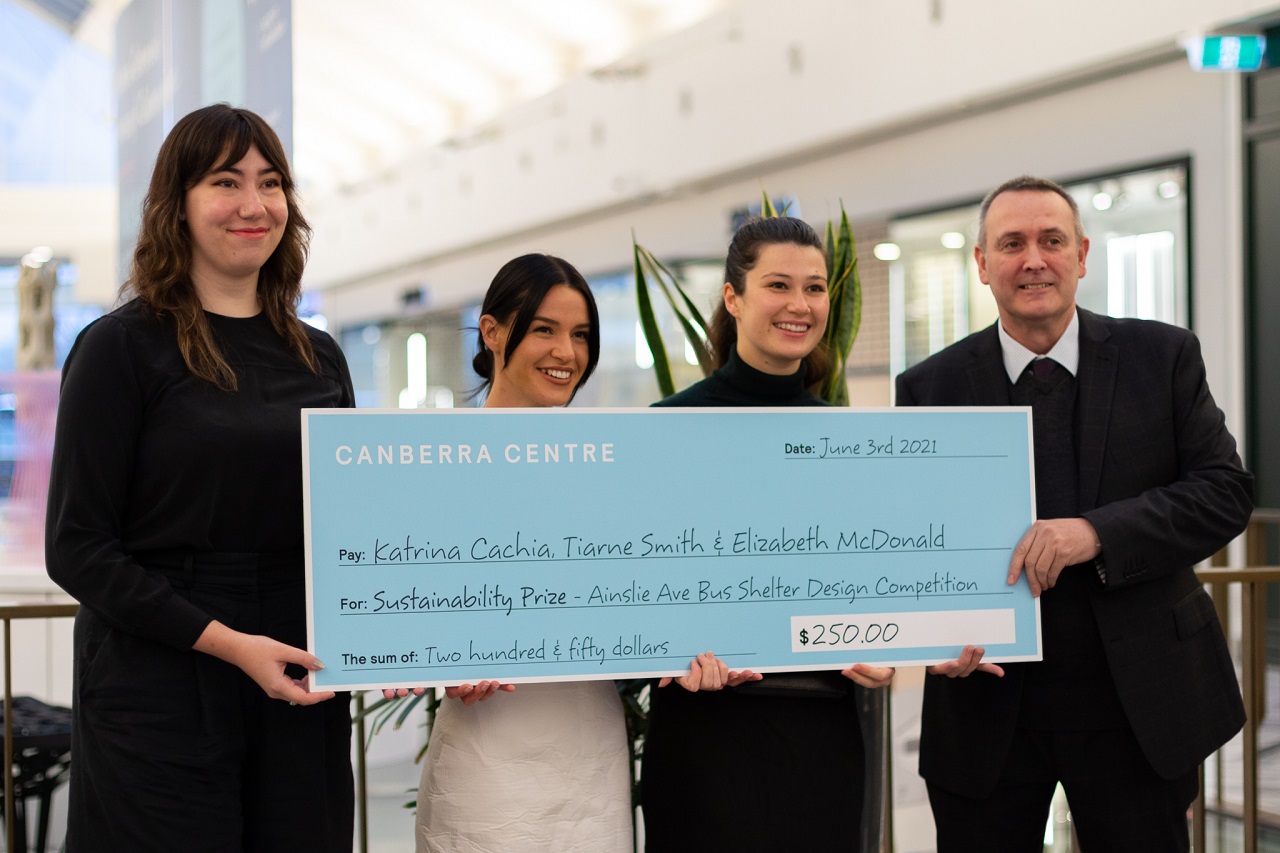 The students’ entries can be viewed on the glass floor display area at the Canberra Centre, just outside Polo Ralph Lauren.

“For the students, having their designs showcased in the Canberra Centre means that their family, friends, and the general public can see the terrific work they’re doing,” Professor Bainbridge said.

The three student groups each received a cash prize of $1500 as a result of winning the competition, and one group was awarded a $250 sustainability prize. 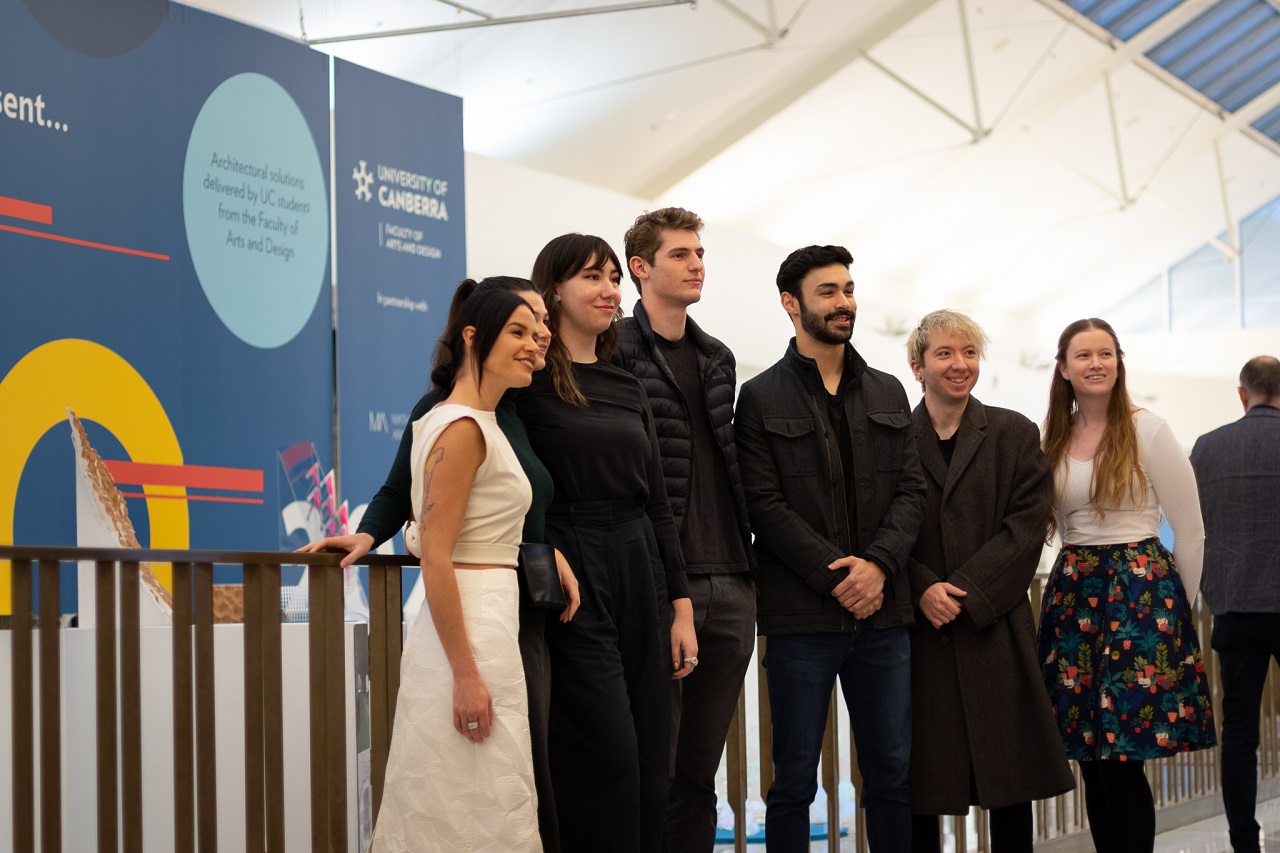 “It’s great to have opportunities like this, using a real site when designing, especially for our architecture students,” Ms Williamson said.

“It’s so much more inspiring and you can come up with more creative ideas.”