9 February 2021: The University of Canberra Women’s Rugby Sevens (UC7s) has selected 31 players for their training squad ahead of the Aon University Sevens Series set to kick off in late March.

The squad is made up of some key returning players from Canberra and the surrounding regions and a pool of new talent who will make their sevens debut in the upcoming series.

Ella Ryan is among those returning after first joining the squad in 2018 as a 16-year-old. After a lot of hard work, Ms Ryan made her way into the top 12 of the 2019 squad and earned a spot in the Junior National Team which won the World Schools Championship. Having had some experience playing with the Senior National Team, Ms Ryan brings back a level of professionalism that has rubbed off on the other players in the group.

Following an impressive 2019 campaign, the UC7s will be looking to build on their success and break into the top three teams in Australia after coming fourth in the 2019 series.

Head Coach Liam McGrath said he is excited about the squad, after keeping most of the young core players together for another season.

“Last year was obviously a tough year for everyone, but these girls did a whole lot of training in isolation and then again in small groups, before being allowed to play club footy again,” Mr McGrath said.

“A number of players were also forced to move back to their hometowns in 2020, which is why you’ll notice some notable names omitted from this season’s team.” 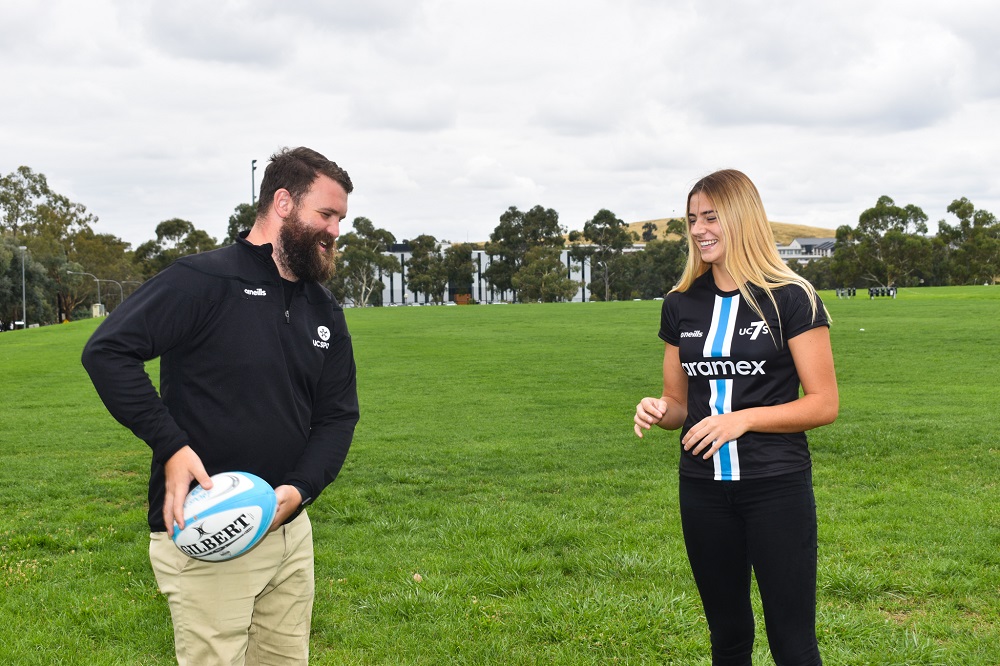 The COVID-19 restrictions in 2020 also allowed the coaching staff to be more creative in the way they recruited.

“During the shutdown in 2020, we were able to start working coaches regionally [in the Southern Inland and Central West regions] to set up satellite programs that link directly into the UC7s team, but also provide opportunities for those athletes to study,” said Mr McGrath.

“We’ve also been able to work with other sports in the region and provide some opportunities for Rugby League, Oz Tag and Touch athletes to get some additional exposure through 7s.

“For many of these girls, this is the first time they’ll have been able to play 7s since the end of the 2019 Aon series. But we’re working from a much higher base than we have previously, which is a testament to the work the girls have done on their own and with their clubs in the 18 months since we’ve last been able to work with them.”

Returning player Brooke Gilroy said she is excited to get back onto the field.

“Last year I was lucky enough to be in the squad where I received a lot of opportunities and learnt a lot,” she said.

“This year, I am hoping for the exact same which I know it will be.”

The UC7s squad will have the opportunity to prepare for the Aon Uni 7s Series with a Rugby Australia-endorsed UC7s Pre-Season Tournament at the University of Canberra on 20 March, against fellow Uni 7s teams.