14 February 2019: At the 1984 International Union of Crystallography Congress in Japan, Emeritus Professor Dudley Creagh was given an amazing opportunity – the possibility of building an Australian beamline at the newly-created Photon Factory, the Japanese synchrotron.

An expert in X-ray scattering and a pioneer in the use of X-ray interferometry, Professor Creagh jumped at the chance. The then-Chairman of the International Union of Crystallography’s Crystallographic Apparatus could see the wide-ranging research opportunities it could create.

A machine almost the size of a football field, a synchrotron is a particle accelerator that generates extremely bright light by deflecting accelerated electrons through magnetic fields. This light is then channelled down beamlines to experimental hutches containing equipment which can be used to study an amazing range of materials: from human tissue to metals.

“Because the synchrotron beam contains a broad spectrum of electromagnetic radiation, from far infrared (FIR) to high energy X-rays, there exists the possibility of conducting research in all sorts of fields: from archaeology to zoology … and all the letters of the alphabet between them. The influenza drug Relenza was developed at a protein crystallography beamline,” Professor Creagh said.

“Just as significantly, it provides an opportunity for scientists from diverse disciplines to meet and talk to one another … too many scientists lock themselves in their labs and look neither to the left or the right, focused entirely on their own pet interests.”

The opportunity for a beamline at the Photon Factory laid the foundations for Australia to build its own synchrotron; the Australian Synchrotron in Clayton, Melbourne, is a world-class research facility capable of producing radiation “a million times brighter than the sun”.

In recognition of his contribution to the development of synchrotron science in Australia, Professor Creagh was presented with the inaugural Australian Synchrotron Lifetime Contribution Award late last year. 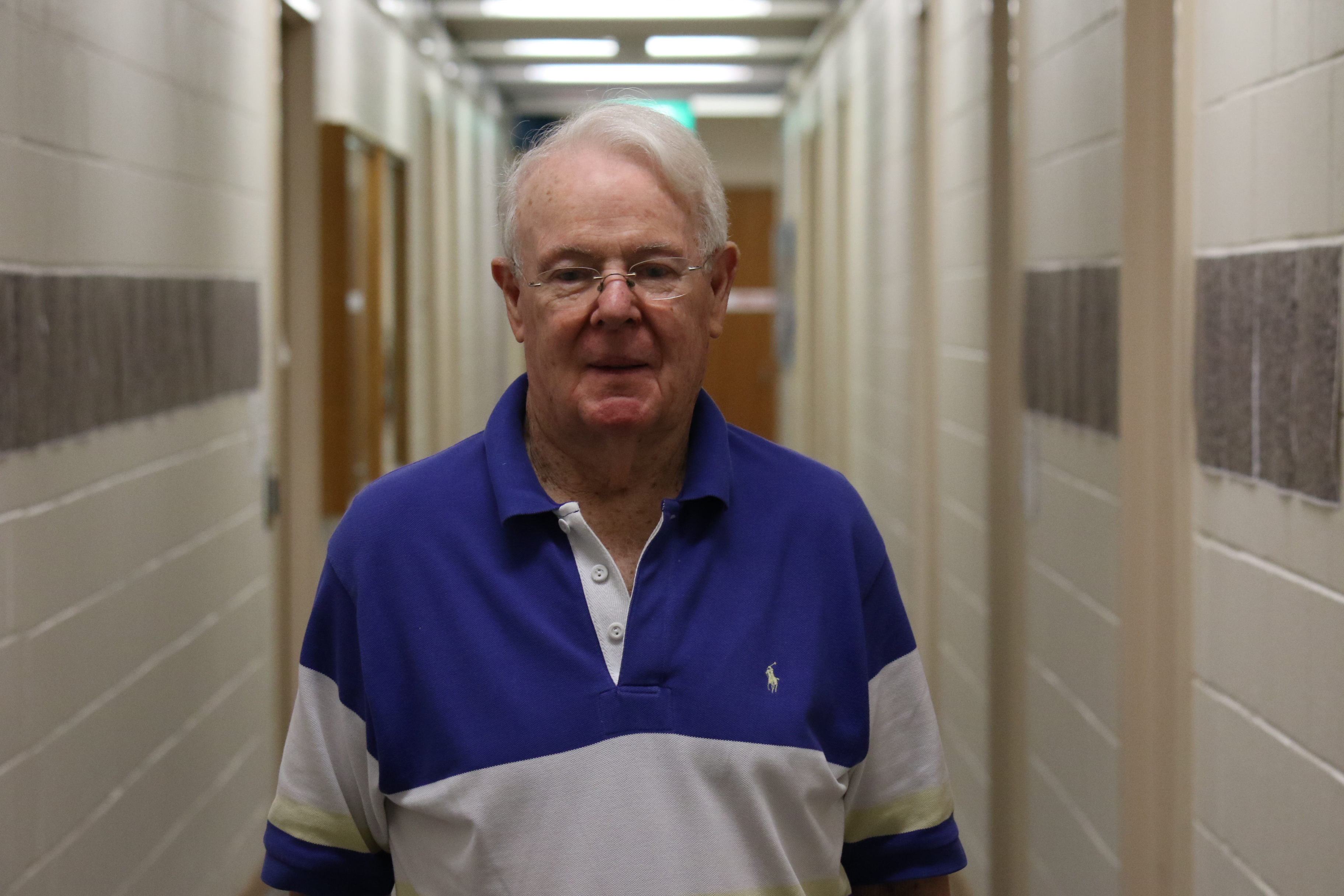 Professor Chris McNeill, the 2018 Chair of the User Advisory Committee for the Australian Nuclear Science and Technology Organisation (ANSTO), said that the award was in recognition of Professor Creagh’s pioneering contributions to synchrotron science in Australia.

“With an esteemed career, Professor Creagh was an instigator of the Australian National Beamline Facility (ANBF) at the Photon Factory in Japan, where many Australian scientists got their first taste of synchrotron research in the 1990s and early 2000s,” Professor McNeill said.

“With an expansive body of work, Professor Creagh has also published widely, with a very large number of citations across many fields of synchrotron science and applications,” Professor McNeill said.

Professor Creagh said he was honoured to receive the award.

“It’s a testament to people having valued my contributions to synchrotron radiation science, and that is always heartening,” he said.

“Acquiring a synchrotron for Australia took a lot of persistence and work from a lot of people. And while it was hard, and frustrating at times, it has also been a lot of fun, and has made so much good research possible.”

When he returned to Australia from Germany in 1984, Professor Creagh and the late Stephen Wilkins of the Commonwealth Scientific and Industrial Research Organisation (CSIRO) tried various means to obtain funding for construction of the beamline.

It was an uphill task; at that time, fewer than five Australians had experience with the use of synchrotron radiation in experiments. 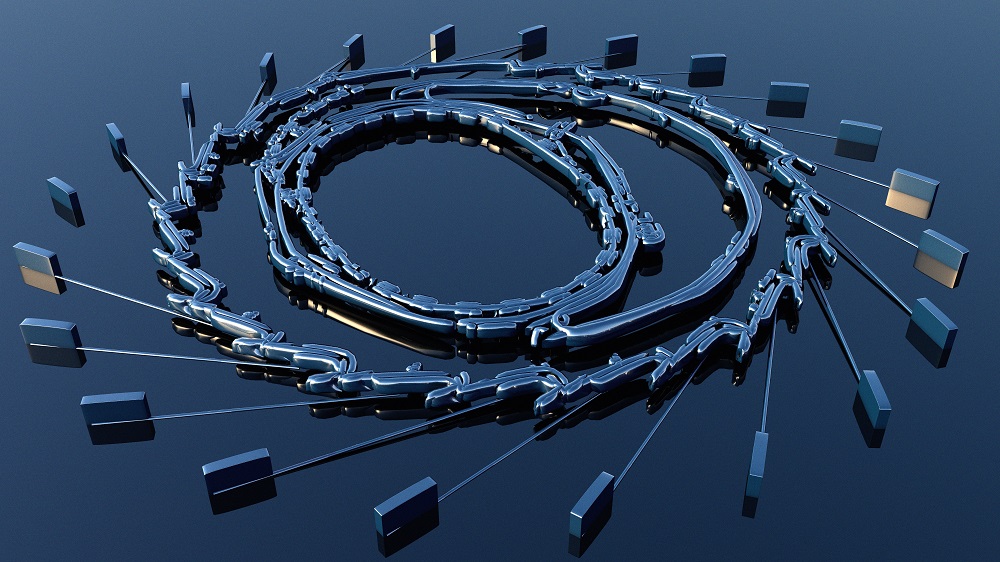 A synchrotron is a particle accelerator that generates extremely bright light by deflecting accelerated electrons through magnetic fields; this light enables the study of a huge range of materials. Photo: Adobe Stock

“However, Professor Don Aitken, who was then Vice-Chancellor at the University of Canberra and also the Chairman of the Australian Research Council, saw the merit of our proposal,” Professor Creagh said.

Professor Aitken persuaded the government to provide funding, arranging a “consortium of the willing” which included ANSTO, ADFA-UNSW, CSIRO, the ANU-RSC, and the Department of Industry, Science and Technology. The initial funding was for $3.3 million, to be used over three years.

When the ANBF was established, Professor Creagh was given the responsibility for the design and manufacture of its X-ray beamline ancillary equipment, plus the infrastructure in Japan.

“The beamline, and its slit systems and monochromators, were designed and built under my supervision, at the Physics Department at the Australian Defence Force Academy,” Professor Creagh said. “Stephen turned our conceptual design for a unique vacuum diffractometer into a reality in the workshops of the Division of Materials, CSIRO.” 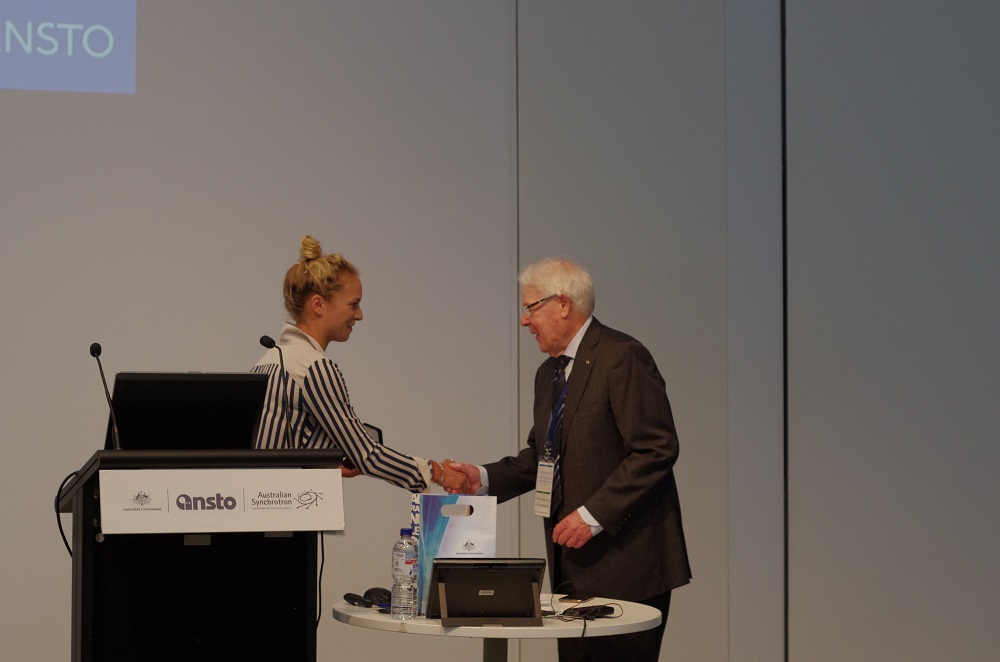 The birth of the Australian Synchrotron

Also in 1996, the group received Major National Facilities funding of $15 million for 12 years. This allowed the continuing development of the Photon Factory beamline under Professor Creagh’s direction, and the creation of the Australian Synchrotron Research Program (ASRP).

The ASRP additionally gave Australian scientists access to beamlines at the Advanced Photon Source in Chicago, USA. It also enabled fellowships to train future synchrotron radiation staff, many of whom still work at the Australian Synchrotron.

“The Japanese Photon Factory connection continued until 2013,” Professor Creagh said. “At the time it was decommissioned, it had the world’s most precise XAS beamline.”

The Australian Synchrotron has been used to research the paints and pigments used by the Impressionists and post-Impressionists, like Van Gogh. Photo: iStock

“The Australian Synchrotron has enabled research across a wide range of disciplines, and allowed researchers, even those from the more far-flung, rural areas, to conduct cutting edge research,” Professor Creagh said.

“It has become unnecessary to provide high-cost equipment to every lab – researchers could visit the synchrotron, perform their experiment, and go home to process the results. It is not uncommon for three days’ research at the synchrotron to produce months of meaningful data analysis.

“It has made research portable from institution to institution, and increased institutional collaboration – a very efficient way to ‘do’ science!”

“I worked on the IR beamline from 2002 to 2007, and it delivered not one, but two, experimental stations: one for an IR microscope and the other, a high-resolution spectrometer,” Professor Creagh said. “I handed over control of the beamline when ‘first light’ was delivered in 2007. It is regarded as one of the best IR beamlines in the world, even today.”

Professor Creagh’s research group has consistently conducted experiments at the Australian Synchrotron. Experiments have been mostly in the Cultural Heritage field, with a beamtime value of about $200,000.

Notable studies have included the material analysis of the Dirk Hartog pewter plate, a Dutch national treasure, held at the Rijksmuseum in Amsterdam. This formed an important component of the forensic examination of Australia’s earliest European object.

“The Australian Synchrotron has been used by Alana Treasure to analyse iron-gall inks on parchment and papers, and David Thurrowgood has conducted research on the paints and pigments used by the Impressionists and post-Impressionists like Van Gogh, and classical paintings which have been painted over,” Professor Creagh said. “One of the hidden paintings in the last analysis was discovered to be a Degas.”

Professor Creagh shows no signs of slowing down in his research.

“I do research across four disciplines, without a lab of my own,” he said. “And it’s all possible because I have access to a synchrotron.”