Born with Passion for the Game

As a child Bec was a keen footballer and her family were hugely involved in the Belconnen Football Club. At the age of 13, however, she was forced to stop because there was no girls’ competition and girls weren’t eligible to compete with boys from this age.

Unwilling to walk away from her passion, Bec remained involved through working the scoreboard at local games. At age 17 she became a goal umpire and went on to feature in 187 matches in the men’s ACTAFL competition. She was often the target of verbal abuse during these games, particularly in the lower grades – but as a tough and determined female, this did not deter her from her passions.

Graduating with a Bachelor of Communications (Journalism) from UC in 1999 she has led an impressive career, not only in AFL but also in the Australian Federal Police (AFP) where she is currently the Transnational Crime Team Advisor, based in Phnom Penh , Cambodia. She has worked on numerous crime types in the AFP, including victim-based crime, child protection, ACT policing and professional standards.

“I’ve always enjoyed being in a team environment. Policing and sport are very similar – where you’re part of a team searching for a win, both fields give you the scope to train and work as hard as you can to achieve great things,” explained Bec. 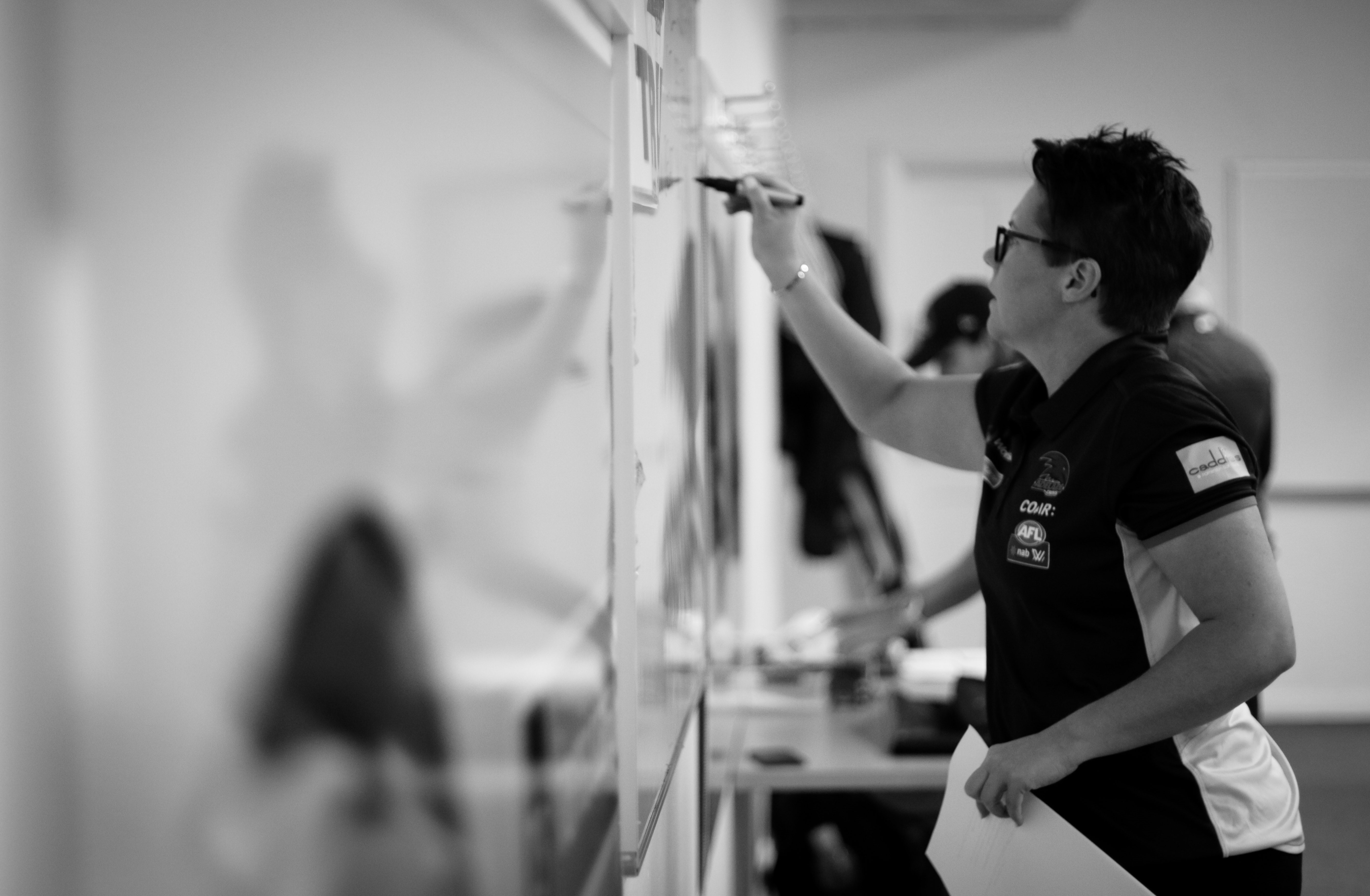 In 1998 a women’s AFL competition was established, which saw Bec’s return to the field where she remained as a keen player for a decade until an injury propelled her into coaching.

Bec began coaching at the Gungahlin Jets in the AFL Canberra league and served as assistant coach at the Queanbeyan Football Club as well as being the first female coach in the North East Australian Football League (NEAFL).

Bec served as the Head Coach of the Adelaide Football Club in the AFL Women’s League in 2017-18, leading the team to victory in the inaugural 2017 AFL Women’s Grand Final. Bec was also Assistant Coach for the University of Canberra Capitals in the WNBL in 2018/19 when they won the league championship , the UC Capitals had not made finals in eight seasons.

Under Bec’s coaching the Adelaide Crows boasted the second highest home attendance with an average crowd of 8,876 fans across four matches. A total of 15,610 fans attended the game at Metricon Stadium , while a further half a million turned in on TV around Australia to witness the Crows being crowned inaugural AFLW champions.

In 2018, Bec filled the role of Assistant Coach to the Canberra Demons in the NEAFL. The Demons had previously only won a combined total of 11 games. In the 2018 season they won 10 games, ending with the highest finish in their history, qualifying for the preliminary final.

Bec continues to champion the rights of women and young girls to play the game they love, ensuring all genders have equal opportunity to play sport at the highest possible level.