Graham Eadie, Larger Colonial Subject No.2 and other works.

Graham Eadie, is a former Deputy Vice Chancellor and a well known artist activley working in the Canberra area. Recipient of an honorary doctorate in 1994 on his retirement from the University of Canberra, Graham Eadie holds a number of connections with the Canberra region. He has contributed to a number of local displays and exhibitions. 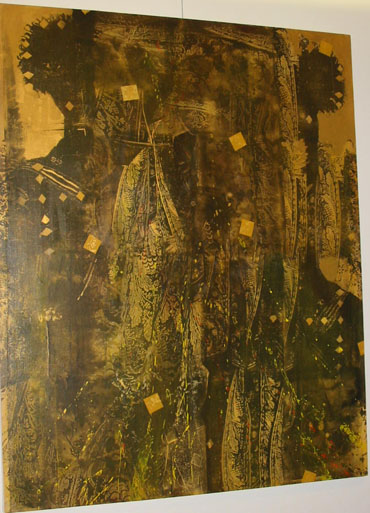 The Works of art

Large Colonial Subject No 2, was painted (silk and acrylic on canvas) in 2002 and was exhibited in the Helen Maxwell Gallery, Canberra in an exhibition called 'Possession'. All the works in this show were concerned with the European invasion of Australia in 1788. In 'Larger Colonial Subject No 2 (2nd in a set of 3) the artist attempted to convey some of the larger complexities of colonial possession for example, thesis and antithesis in the first moments of synthesis. The imagery includes references to portrait of Balloderree along with motifs taken from 18th Century silk brocades and the frogging and gold bullion work on late 18th Century naval dress uniforms. The small squares descending across the picture plane establish a sense of distance. They may be seen as object forward of the other imagery or as opening spaces through that imagery, thus signalling the artist's concern with history.

Other works by by Graham Eadie in the University's art collection include a ceramic work called 'Stoneware Bottle', Settled then No.5. and Garden Conflict. 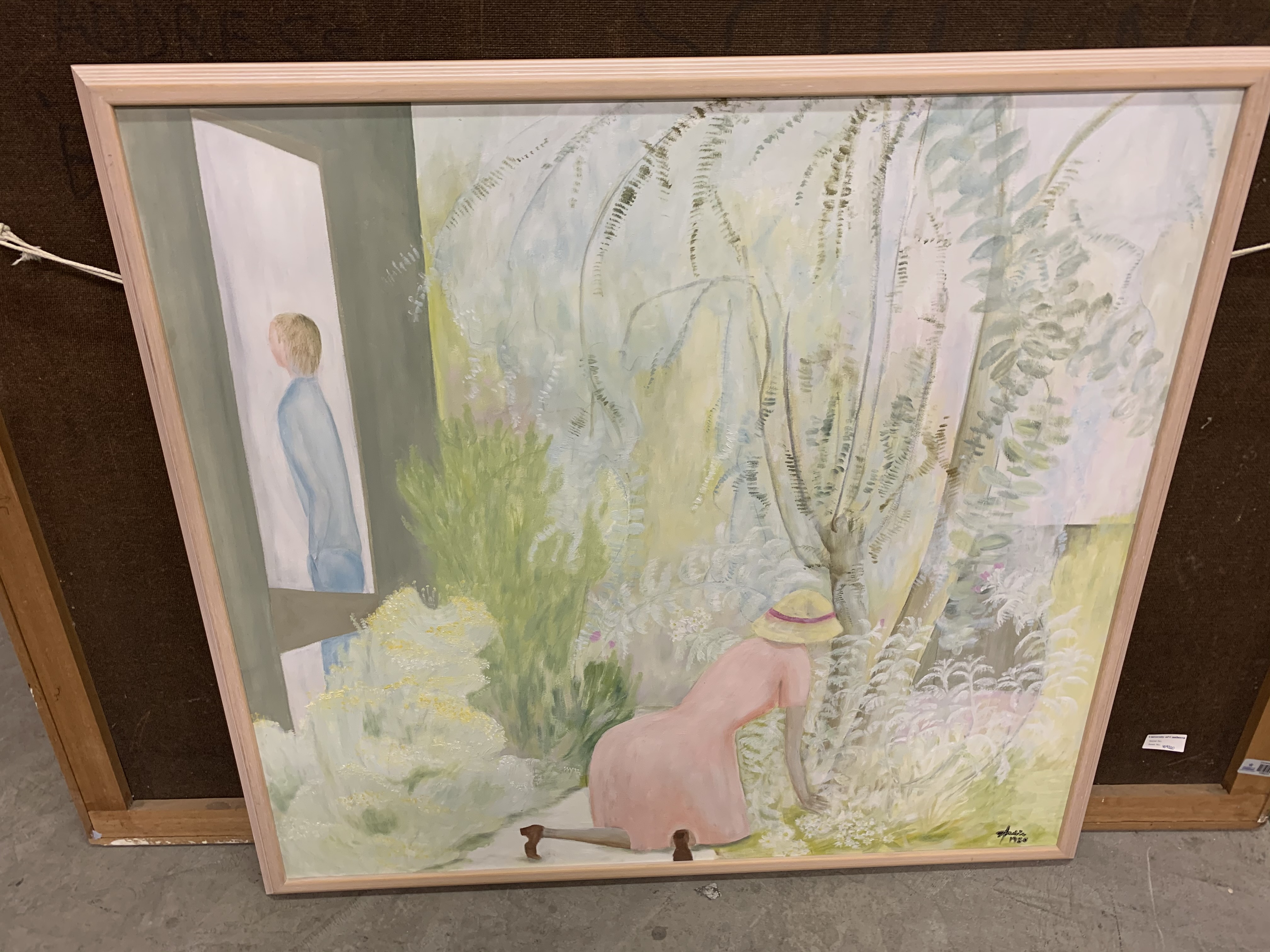 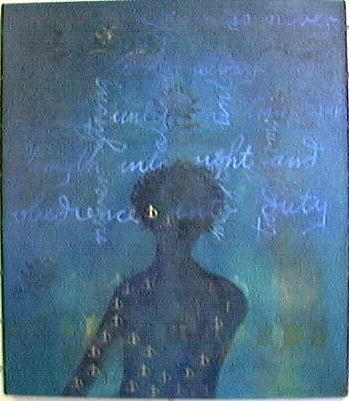 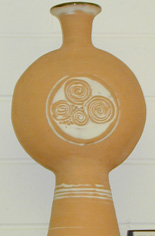