29 September 2022: A 3.86km ocean swim, a 180km bike ride, and a 42.2km run. That's the distance of each leg for the toughest long course triathlon event in the world, the Kona World Ironman Championships in Hawaii – and this year, that’s where University of Canberra Elite Athlete Penny Slater will be competing with the best from around the world.

If the distances aren’t challenging enough, the conditions sure are. Racing for around 10 hours in hot, humid and harsh terrain, Kona may look picturesque, but it’s anything but for the athletes involved.

Only the best triathletes in the world are selected, and at 26 years old, Ms Slater is the youngest female athlete in the professional field, by two to three years. 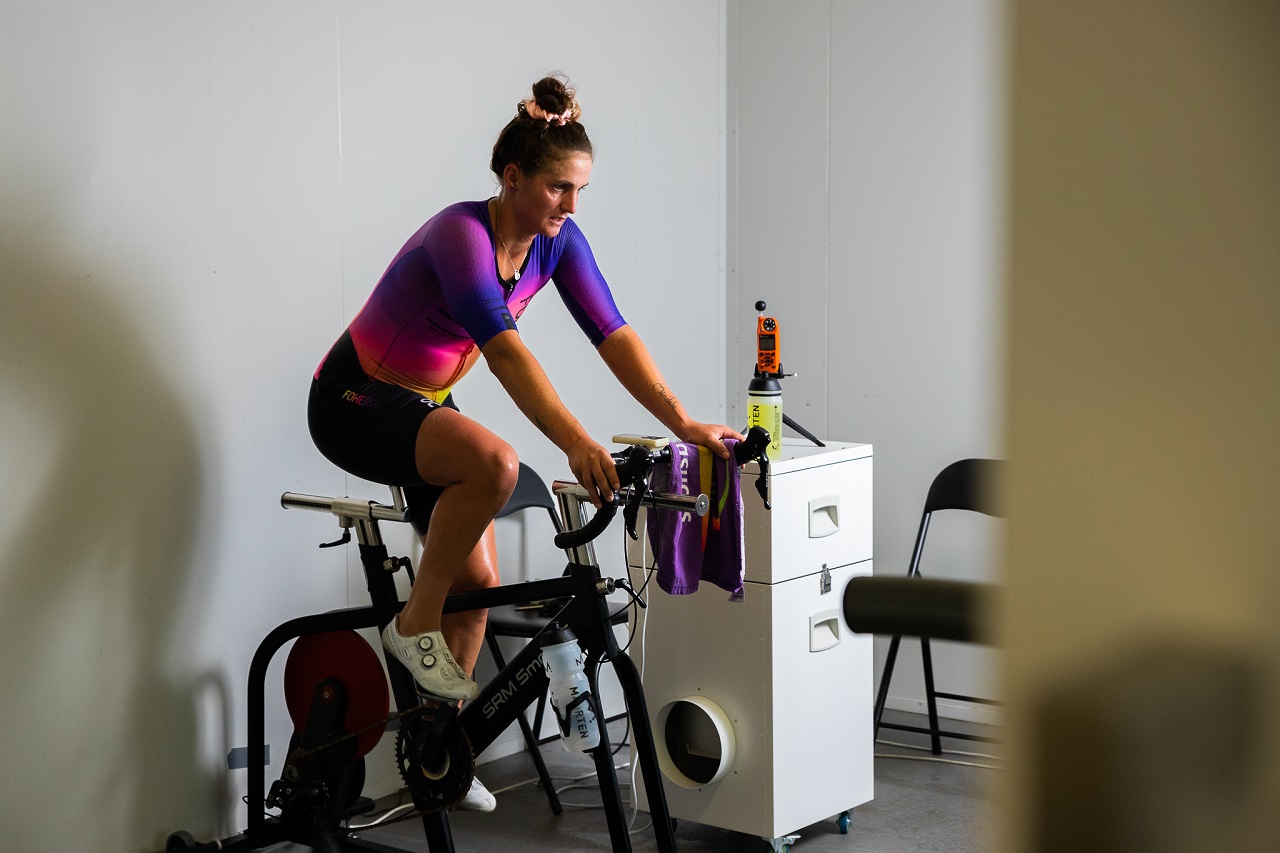 “It will be my first time there and I’d be kicking myself if I went over there and I wasn’t fully prepared,” Ms Slater said.

“I want to give myself the best chance to have a good race, and leave no stone unturned.”

To that end, on top of 40 hours of training a week, Ms Slater is also spending almost five hours a week in a purpose-built heat chamber at UC’s Research Institute for Sport and Exercise (UCRISE).

“The first couple sessions in there, the way I’d describe it is: it’s like a giant bubble of heat around your head, just pressing on your head the whole time,” she said.

The heat chamber is creating similar temperature and humidity conditions to what Ms Slater will experience in  Hawaii, a handy resource for an athlete training in Canberra’s cold climate.

“The first six sessions are just about surviving, going from three degrees outside in the morning, into 33 degrees and 80% humidity. It’s a shock to the system but it’s all to get the body used to it for Kona,” Ms Slater said.

“The acclimation is a really fast process, so I’m already feeling like I’m adapting.”

When Ms Slater first started riding in the chamber, her heart rate was 150 beats per minute (bpm) when at an easy pace. Just a few sessions in, and she can sit at the same watts at 130bpm.

“Hopefully that means when I get to Kona, I can push my race watts and still my heart rate will be down where I need it to be so I can still run the 42 kilometres when I get off the bike,” she said. 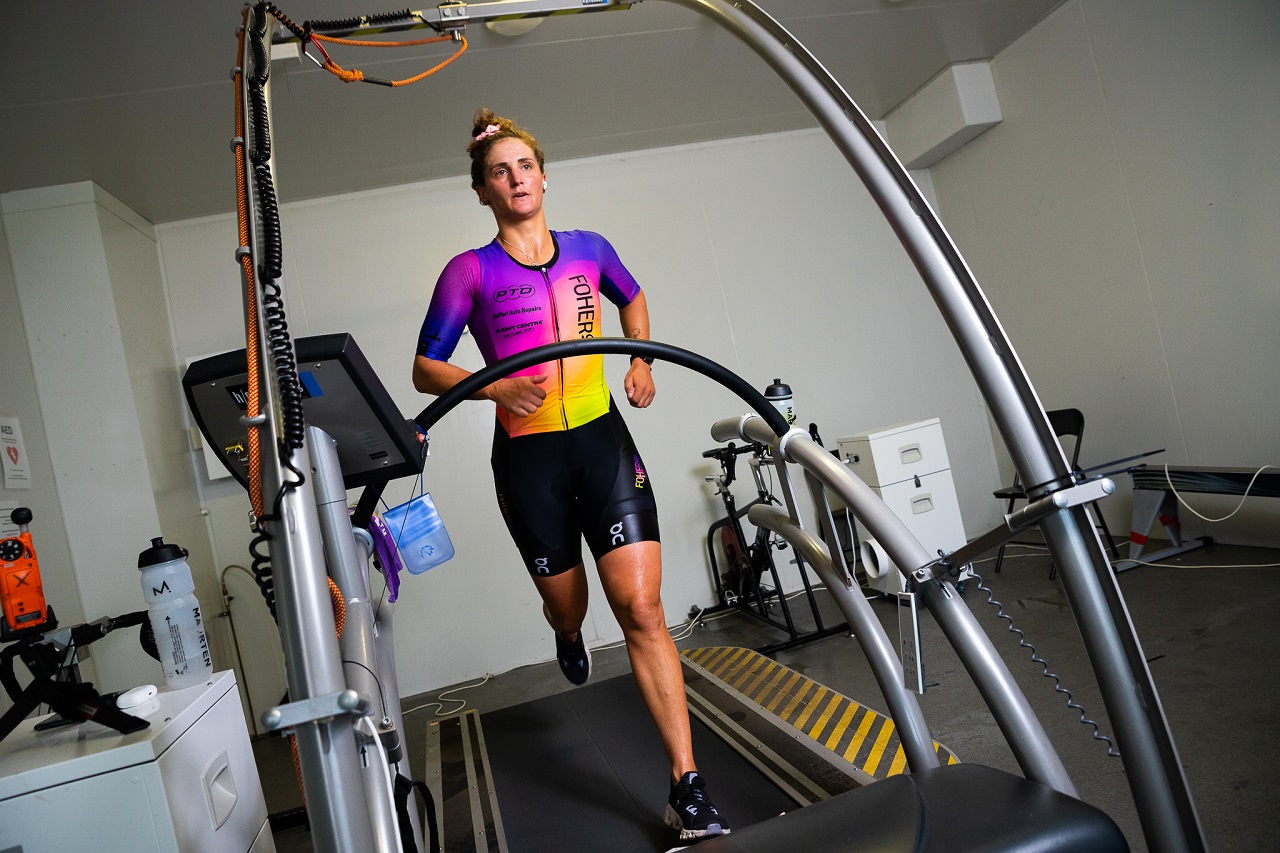 UCRISE Professor Julien Periard says every minute in the chamber is being analysed to optimise Ms Slater’s ability to thermoregulate (regulate body temperature by losing heat to the environment, primarily through sweating) and increase the stability of her cardiovascular response, by inducing adaptations.

“These adaptations include an increase in blood volume and a higher sweat rate,” Professor Periard explained.

“To evaluate how Penny adapts, we test her responses during a specific test prior to beginning heat acclimation, as well as after she finishes. The main factors the test will determine are how much Penny’s sweat rate has increased, which is a positive adaptation that leads to greater heat loss, and how much lower her core temperature and heart rate are during exercise at a given work rate, which demonstrate the magnitude by which thermal and cardiovascular strain have decreased during exercise.”

Ms Slater will head to Hawaii on 29 September, which will contribute further to helping her acclimatise to the conditions.

“It’s all about gaining some experience and going in as prepared as I can be and have the best race I can so we know where I’m at, at that world class level so we have a benchmark for future years,” she said.

“The plan is to be able to go back year after year, and get better and better.”

The is race being held on 6 October and can be watched live, here.