18 October 2022: A panel discussion about the Uluru Statement from the Heart was hosted at the University of Canberra yesterday by Ngunnawal Elder Aunty Violet Sheridan, University Chancellor Professor Tom Calma AO, and author and campaigner Thomas Mayor.

The event, exploring the path for a referendum on a Voice to Parliament, was an opportunity for attendees to hear from community leaders about The Statement, its purpose, and next steps.

The Uluru Statement from the Heart was issued to the Australian people in May 2017 following almost two years of work, and calls for structural reform, including constitutional change. 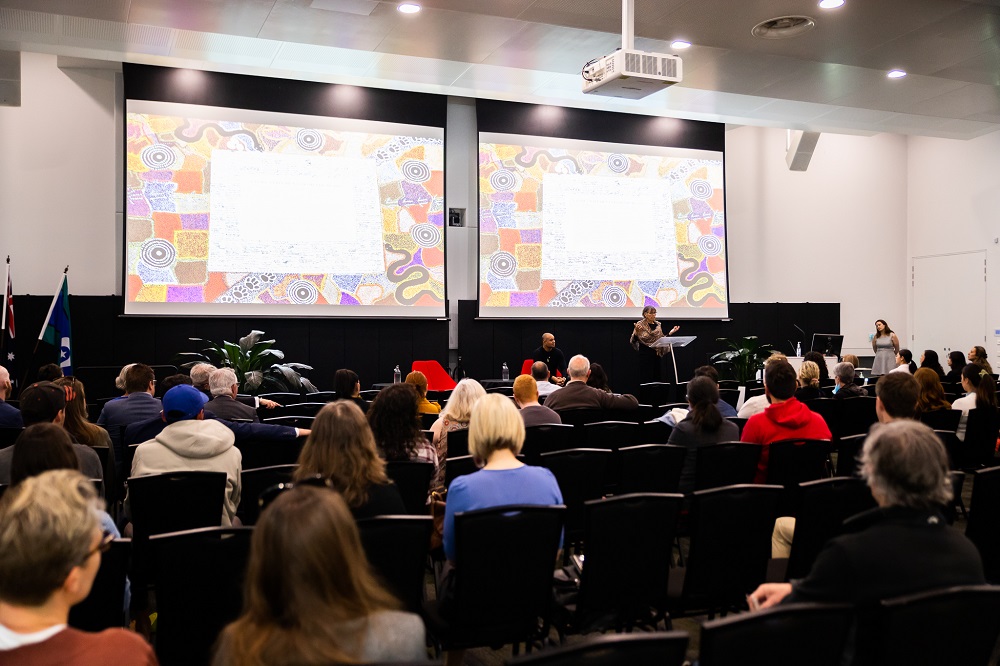 Addressing attendees at the event, Aunty Violet said the referendum was an important step in progressing the rights and voices of Aboriginal and Torres Strait Islander people.

“The Voice to Parliament referendum is something that we need to come together to achieve, and I’m so happy to see you all here to support us,” she said.

“It can be very hard to get a referendum through, so we need to keep meeting, keep this voice going, and continue to talk about it.” 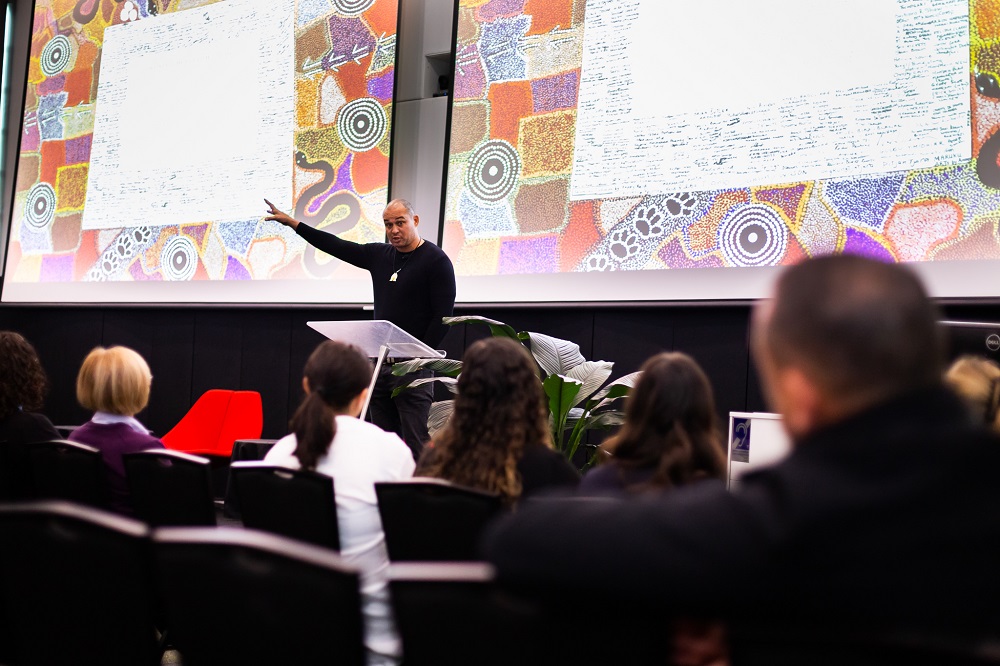 She said a successful referendum would lead to positive outcomes for Indigenous and non-Indigenous Australians alike.

“It’s an opportunity to talk about the change that’s coming through, and to unite. Success would mean we can establish a new relationship between First Nations people and the Australian nation where Indigenous people can flourish and we can all move forward together,” Aunty Violet said.

Two sessions were held at the University’s Ann Harding Centre, with both well-attended by staff, students and community members.