National Sorry Day: UC’s Chancellor Professor Tom Calma shares his thoughts on where we’ve come from, and his hopes for the future

26 May 2022: Today is National Sorry Day – a day to remember and acknowledge the mistreatment of Aboriginal and Torres Strait Islander people who were forcibly removed from their families and communities – those who are now known as ‘The Stolen Generations’.

University of Canberra Chancellor Professor Tom Calma AO is an Aboriginal Elder from the Kungarakan tribal group, and is Co-Chair of Reconciliation Australia.

In this article, he shares his thoughts about the day, and what he’d like Australians to consider throughout Reconciliation Week.

Tom, let’s start with an explanation on the origins of National Sorry Day?

Certainly, National Sorry Day is celebrated each year on 26 May, and its origins date back to when it first became a national day in 1998, following the publication of the Bringing Them Home Report. The day is all about a process that we hear a lot about nowadays – but it started way back then – about truth-telling, and it also fits into a Reconciliation movement.

It’s a day of reflection, and it’s a day for the community to understand that there were a lot of atrocities that took place in our nation, since the day of colonisation. And many of those had and still have a significant impact on Aboriginal and Torres Strait Islander people.

To put it simply – it’s about recognising those children who were forcibly removed from their parents, by governments, and put into institutional care.

Why is it important that we continue to recognise those who were impacted?

The issues, outcomes and trauma that were experienced by those who were removed from their homes is ongoing to this day. We now know that there are more than 33,000 known survivors of these forced removals around today – but we also know their families have been affected, so that’s thousands more people who still deal with that trauma today. 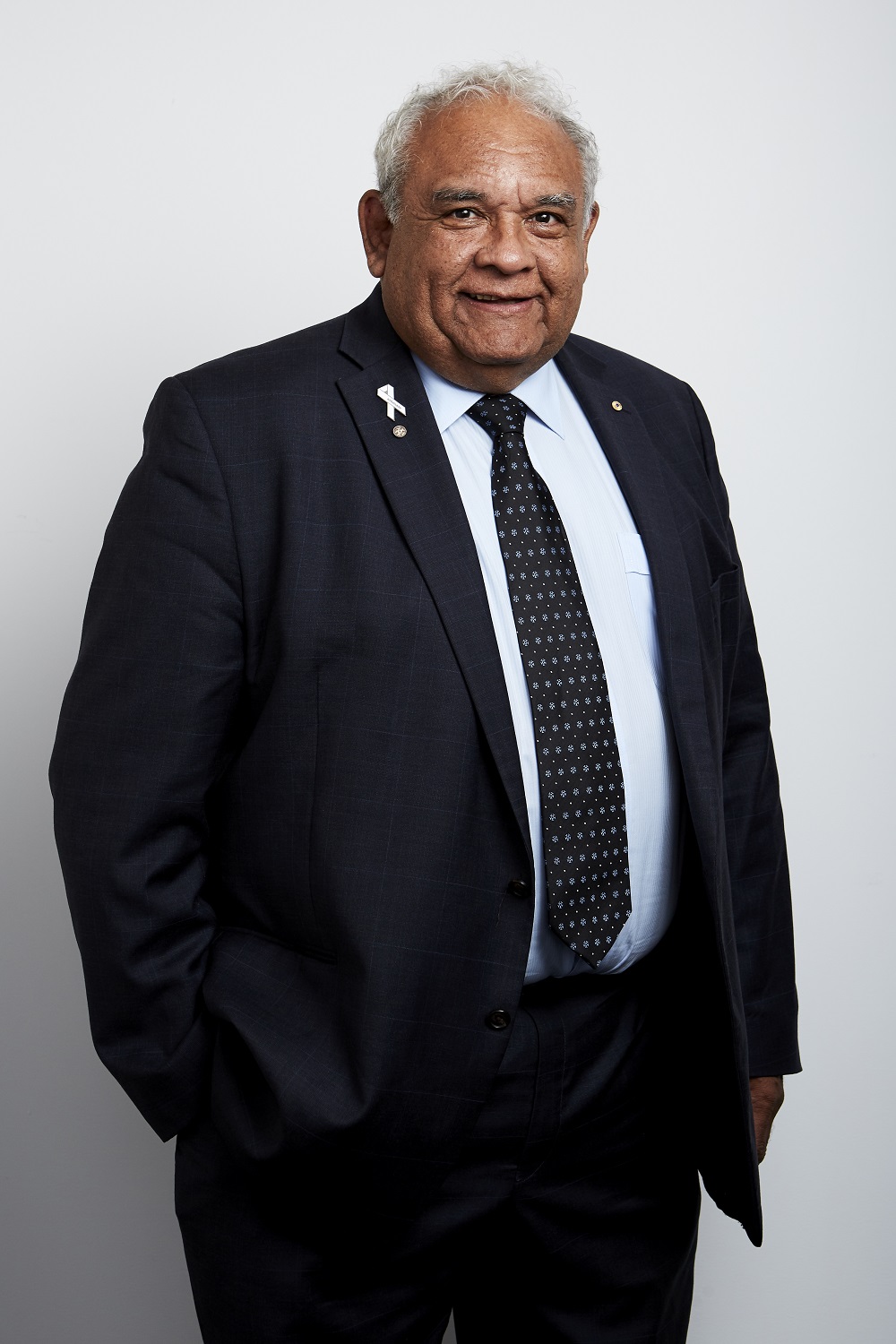 Those are some big numbers. What are the ongoing impacts for those members of the Stolen Generation and their families?

In 2018, the Australian Institute of Health and Welfare, along with The Healing Foundation, published about the impacts of forcible removals on those who were removed from their families.

What they found was that people who had been forcibly removed had higher levels of mental stress and disorders, poorer employment and education outcomes, higher levels of incarceration, and a whole range of factors that still need to be addressed.

What can we – as Australians – do to support not only those affected, but National Sorry Day as a whole?

National Sorry Day is about raising awareness, so that people better understand that there are practices that have occurred in our nation’s past that we don’t want to see again – and that there are still areas of improvement needed today.

There needs to be a continuing movement and support to try and ensure that we have good, culturally safe practices, and raise general awareness. It’s about all of us addressing our unconscious biases by understanding the facts and the potential reasons why people might be different in their lifestyle and behaviours. This in turn may mitigate against people perpetrating racism and discrimination.

What do you think are the key learnings that people should take away from our nation’s history?

As a nation, we’re going through a bit of a renaissance where we’re starting to reflect on our past, and realise that it isn’t as rosy as some politicians want to suggest.

It’s not about making people feel guilty about the past, but wanting people to understand that these practices of the past are not something we want repeated in the future.

Speaking of the future, what is your hope for National Sorry Day over the long term?

For me, I think it’s a pretty good future. The Australian people have spoken on what they expect of our government, the way that we operate, and the way we treat each other. We’re much more respectful and cooperative as population groups, and that is so gratifying.

The good news is, we’re seeing evidence every couple of years that the attitudes of the Australian population are changing – and that people are much more understanding of history. They’re much more willing to enable Aboriginal and Torres Strait Islander people to be recognised as the First Australians, and there is increasing support for us to have a greater say when it comes to our own affairs.

I think, in all the years that I’ve been working in this space, we are incrementally seeing positive change. That said, it does not mean that we can take the foot off the pedal, it means that we should continue to work to realise positive change. 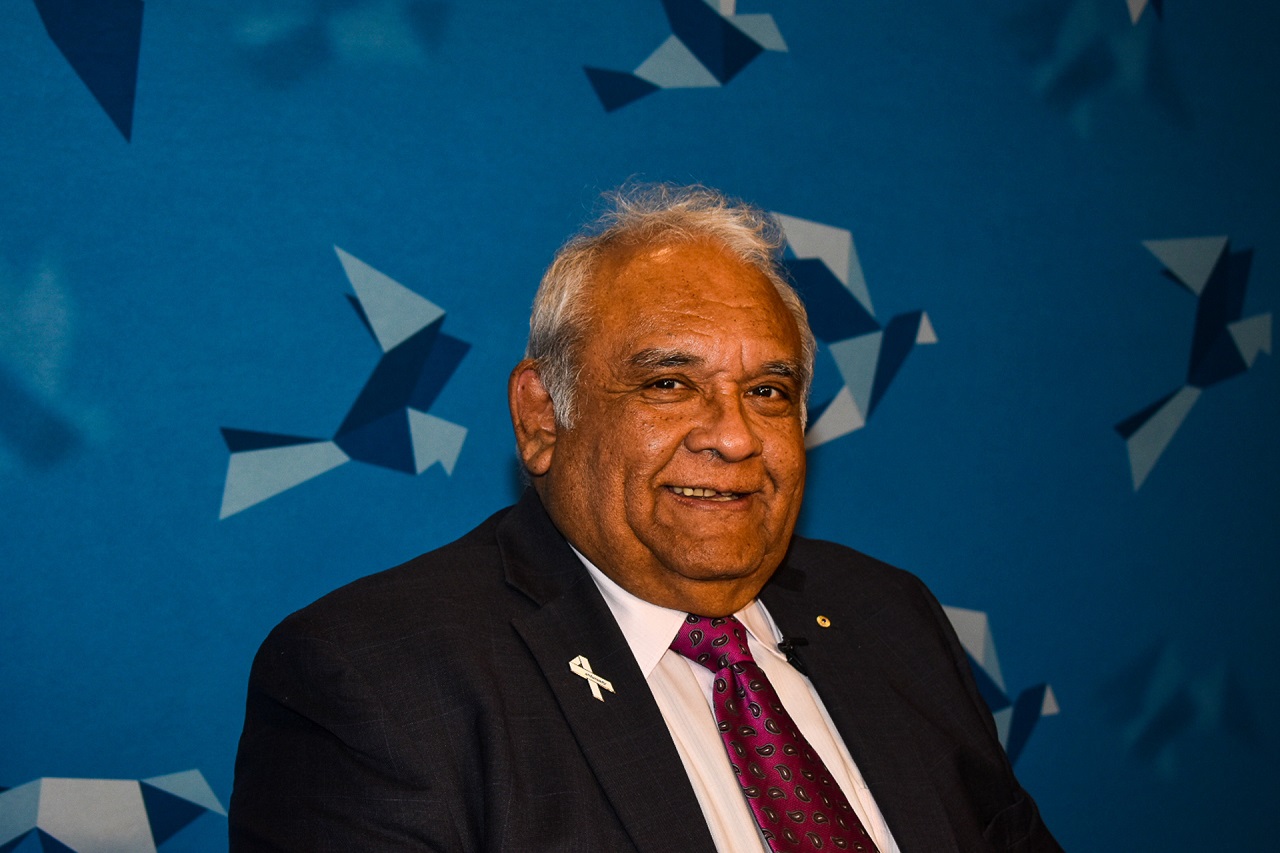 That’s great news! What about here at the University of Canberra – how are we faring?

When you look at institutions like ours, UC is very well positioned and we have a very good attitude to equity, equality and providing opportunities. It’s not just at leadership level, it’s all the way through – the way that our students and staff all get behind the reconciliation movement, and the welcoming way that we support all minority groups.

Where can people go if they want to learn more about National Sorry Day and The Stolen Generation?

I think it’s great that this generation is wanting to educate themselves on Aboriginal and Torres Strait Islander matters.

There’s some really good reference material that people can find on The Healing Foundation site, the Reconciliation Australia website, and there’s a great deal of information on the Australian Human Rights Commission page that can help in really understanding the impact.

Thanks so much for your time and insights Tom, do you have any parting words you’d like to share?

The ACT is the only jurisdiction in Australia that has a public holiday on this day, so we’re leading the nation in that regard. If you’re in Canberra, use it as an opportunity to come down to the National Arboretum, and listen to the speakers, meet Aboriginal and Torres Strait Islander people, and use it as a learning opportunity.