19 August 2022: Over 110 new native plants were planted in the Ngaladjima Gardens at the University of Canberra yesterday, with an on-campus event encouraging staff and students to get involved and lend their hands to the planting process.

The event – supported by the Ginninderra Landcare Council – was aimed at educating the UC community on the benefits and uses of the plant species within the garden.

There was an opportunity for those in attendance to taste traditional Indigenous foods, learn about the origin and benefits of the bush tucker, and learn from Ngunnawal Traditional Owner Richie Allan. 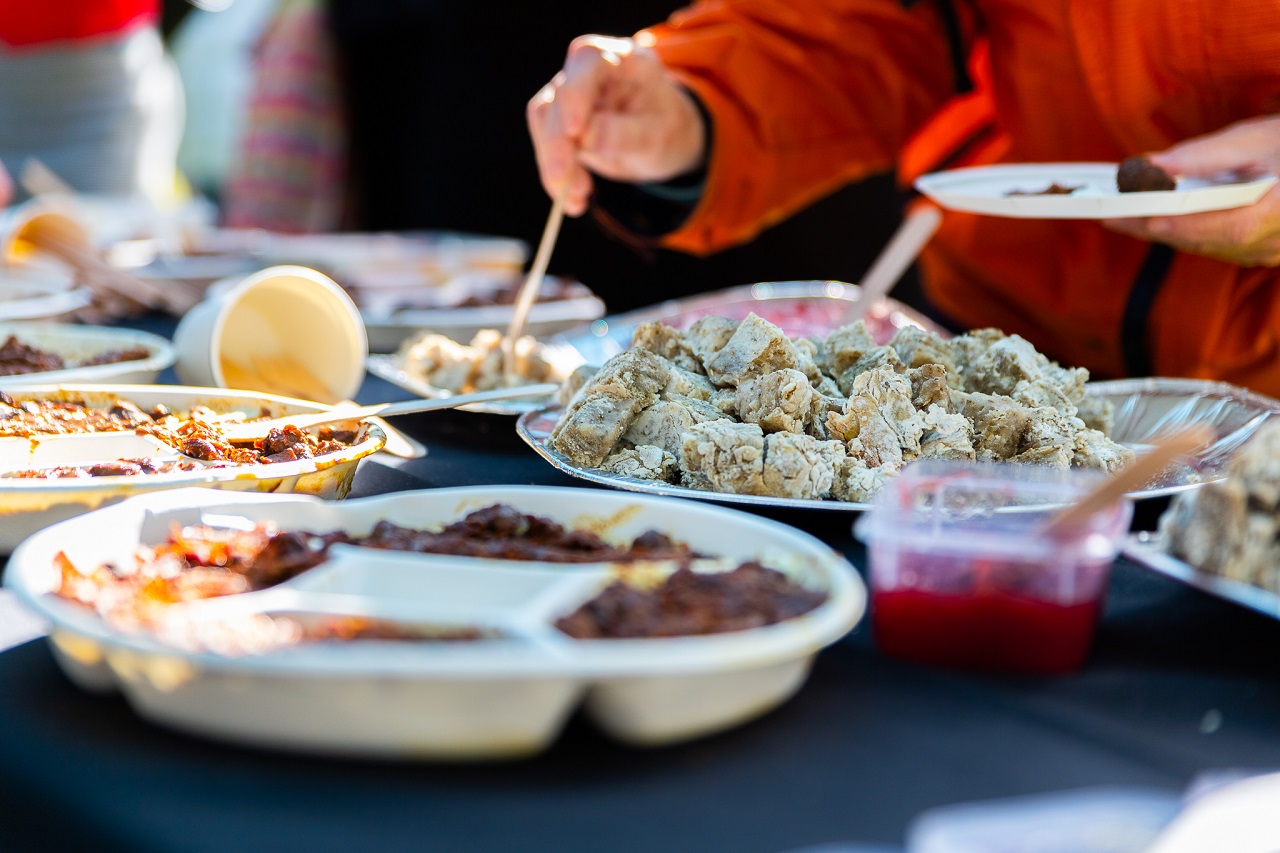 “When you sit among these plants, you can hear the whispers of the Elders talk, and share the lessons learnt over 65,000 years,” Mr Allan said.

“These plants have uses that have been passed down for generations – there are species that can aid a toothache or act as aspirin – and some of them have amazing dietary benefits.”

Some of the species planted yesterday included the False Sarsaparilla, known for reducing inflammation, stress, and anxiety; the Mountain Pepper, used for its anaesthetic effect; and the Bulbine Lily – known for its delicious flower.

The Ngaladjima Gardens were established in 2019, and are filled with varieties of vegetation significant to the Ngunnawal people. 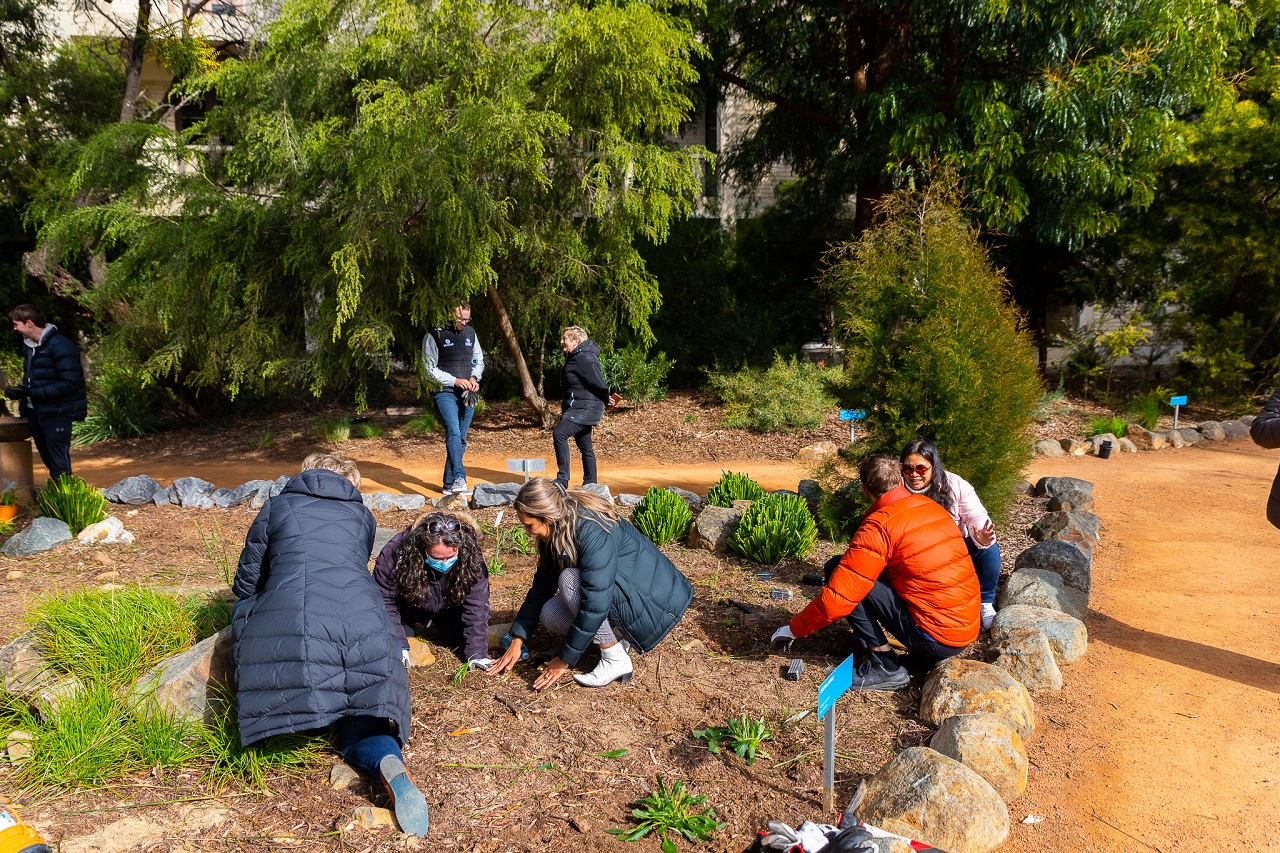 It has since been used as a space for ongoing plant-use education and Yarning circles. University Deputy Vice-Chancellor Academic Professor Geoff Crisp said it is important that the University continues to prioritise Indigenous learning spaces on campus.

“It is a privilege for the University of Canberra to be on the lands of the Ngunnawal people,” he said.

“Part of that privilege is to not only acknowledge the people, but the flora and fauna which has been associated with these lands for millennia.

“As part of that, it’s a small recognition on our part to be able to set aside a portion of this campus which is dedicated to Ngunnawal plants.” 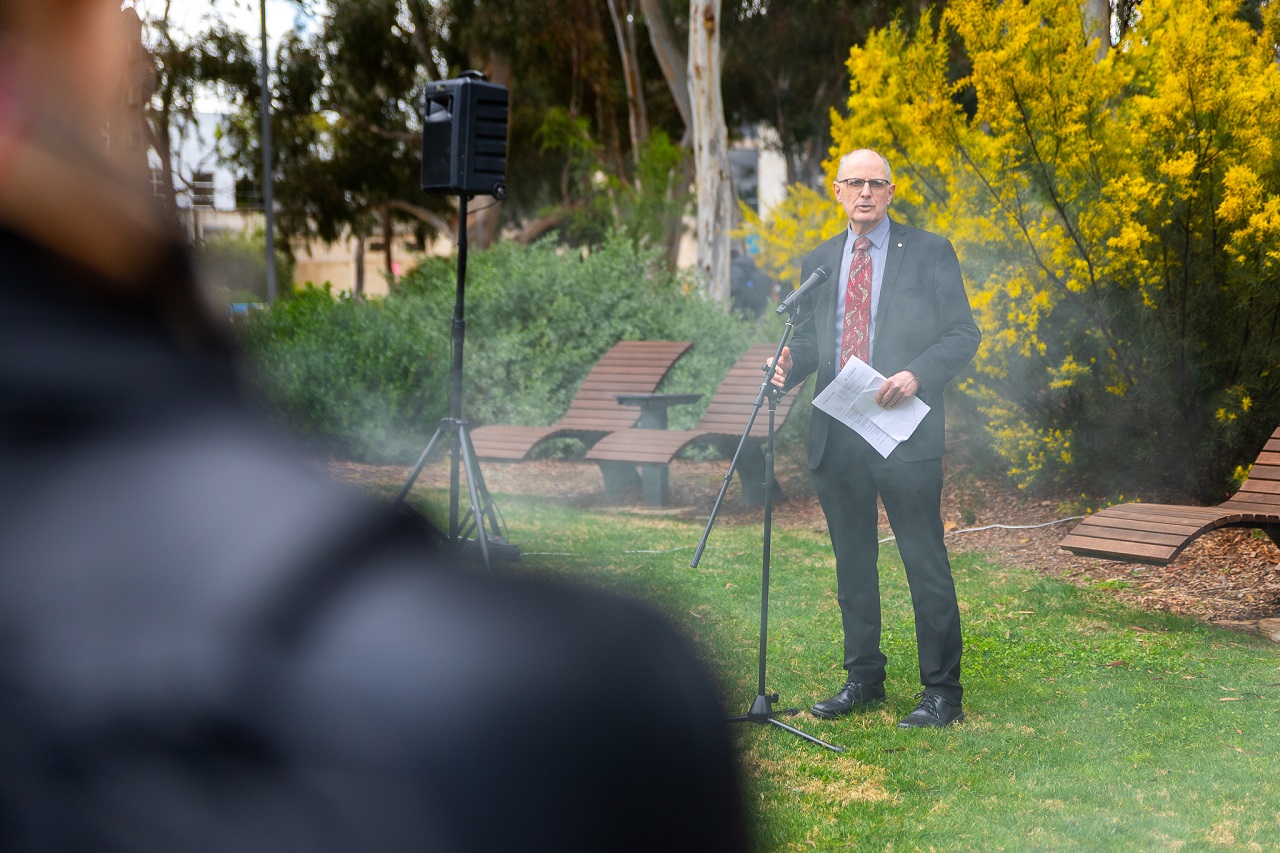 The event was attended by ACT Minister for the Environment and Heritage and Greens Member for Kurrajong Rebecca Vassarotti. After experiencing a smoking ceremony, Welcome to Country, and learning talks from Mr Allan and Professor Bradley Moggridge, attendees were able to break into small planting groups and sample the edible species.

The space was gifted with its Ngunnawal name, Ngaladjima, by the United Ngunnawal Elders Council when it was originally opened in 2019.