16 March 2021: Residents in regional Australia’s bushfire-affected communities will be able to participate in creative art workshops – aimed at assisting psychological recovery and wellbeing – thanks to a new partnership between the University of Canberra, The Hospital Research Foundation (THRF), and non-profit organisation Phoenix Australia.

Funds for the partnership – titled Regeneration – were raised early last year, following the devastating bushfires that ravaged much of the country in December 2019 and January 2020.

The fundraising campaign – fronted by Australian comedian Magda Szubanski and social media influencer Will ‘Egg Boy’ Connolly (the MagWill Trust) – will allow University of Canberra researchers to travel to communities in New South Wales, Victoria and South Australia to deliver the programs and conduct further research in the arts and trauma space.

Deputy Director of Innovation and Business Development Ian Drayton  and Professor Jordan Williams from the University’s Centre for Creative and Cultural Research (CCCR) have been involved in the project since its inception.

“Many discussions between us followed, which identified multiple synergies between the desire of the MagWill Trust to utilise creative arts in assisting bushfire-affected community recovery and the University of Canberra’s ongoing and extensive work in the creative arts and trauma space.”

The towns chosen to be involved in the project also include Kangaroo Island in South Australia and Alpine communities in Victoria.

“It was difficult to decide which bushfire-affected towns would be selected to be involved, because there were so many towns and regions that were impacted,” Mr Drayton said.

“Magda and Will wanted to ensure we worked in the three main states that were affected – NSW, Victoria and South Australia. We worked with the Australian Bushfire Recovery Agency, state governments, and regional shires to identify communities that could benefit most from our program.”

Mr Connolly says he wanted to help the towns that needed it the most.

“To put it simply, one of the main contributing factors for the decision were to help the towns we thought had been forgotten about or hadn’t received as much of the limelight during the peak of the fires,” he said. 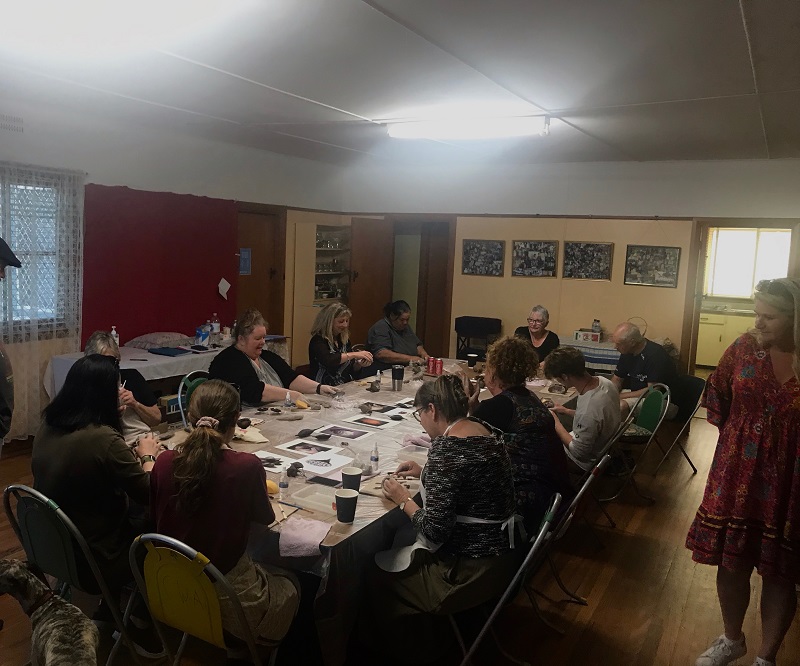 While THRF is facilitating the funding process with the MagWill Trust, it will also be involved as the parent organisation to the Centre for Creative Health, which will work alongside Mr Drayton and Professor Williams to deliver the Kangaroo Island program.

Phoenix Australia’s involvement extends to providing trauma-informed training to the local arts community members – allowing the programs to continue even after the official workshops conclude.

The intention from all parties will be to train local artists in the program so that they will eventually be able to run it for community members on an ongoing basis.

“The trauma informed workshops will be able to gift skills to local artists to allow them to not only heal themselves, but those around them,” Mr Connolly said.

He added that the project represents the core values of the MagWill trust.

“I hope that Regeneration will be able to sow the seeds inside these towns that will allow them to grow and heal from the inside out.”

Find out more about the Regeneration project here.