8 April 2020: The Eldon and Anne Foote Elite Athlete Scholarships – worth $10,000 each – were awarded to 12 University of Canberra students at a presentation on campus today.

The recipients – 11 athletes and for the first time, one umpire – receive a cash scholarship aimed at supporting them in balancing their time studying and competing at an elite level.

The athletes come from a variety of sporting areas including race walking, rugby, snow sports, swimming, team sports and para-athletics.

“We want to continue to ensure that our elite athlete student cohort is supported throughout their studies,” Ms Graf said.

“Thanks to the generous support of our donors, the scholarship recipients are able to maintain a balance and thrive both academically and athletically.” 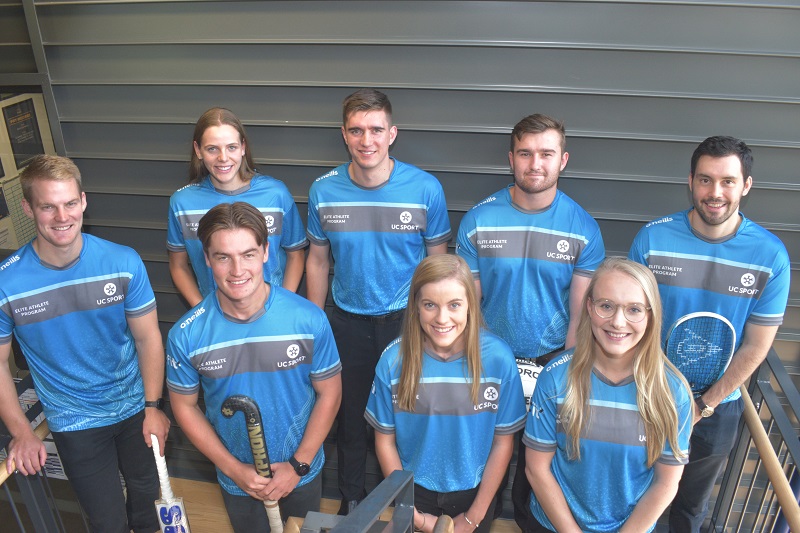 For the recipients, having a donor invest in their future is invaluable – particularly following a year of disruptions to training schedules and competitions due to the COVID-19 pandemic.

“Some of our students had been preparing to attend the Tokyo Olympic Games in 2020 and are continuing those preparations in 2021. In a year of unknowns, this support is intended to ease any stressors for them,” Ms Graf said.

Bachelor of Exercise Physiology and Rehabilitation student James Forwood received the award for his work as an Australian Football League (AFL) umpire.

It’s the first time a student who doesn’t formally play a sport has received the award.

“The University recognises all those who participate in, and contribute to, sport – regardless of their position,” Ms Graf said.

“All facets of elite sport are taxing and are a large commitment for the students involved. This support has been extended to James in recognition of his potential in the umpiring space.” 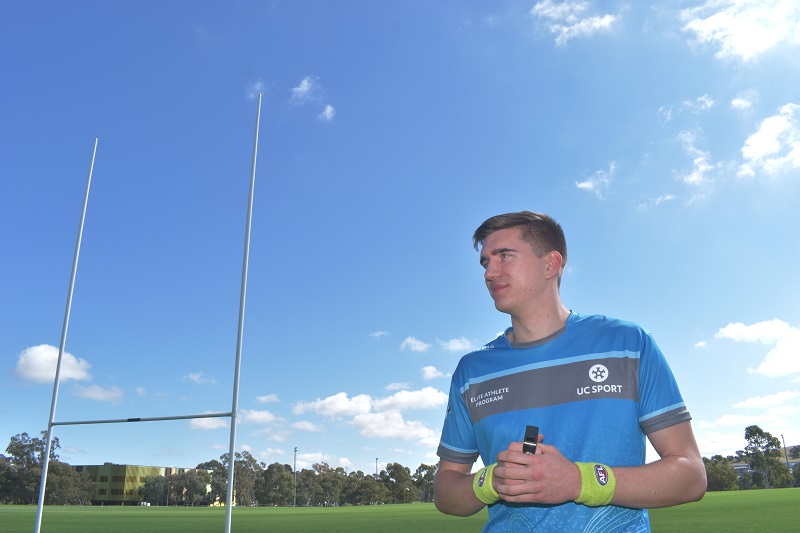 Canberra Raiders development player Clay Webb is also among the students to have received the scholarship, as he commences his first year in a Bachelor of Secondary Education degree.

“A number of the recipients today are competing in a professional or pre-professional capacity while studying complex degrees at the same time,” Ms Graf said.

“Clay is not only entering his first year as a university student, but his first year in the Raiders’ development squad, which is a big adjustment. We hope this scholarship helps with that transition.”

Scholarships from the Eldon and Anne Foote charitable trust are awarded in addition to the University of Canberra’s long-standing elite athlete program, further affirming the institution as a leading hub for sport education and research.