10 August 2020: The ACT Young Citizen of the Year Awards were held in Canberra last month, and three University of Canberra students were recognised for their contributions to community work.

Jason Howes, a Bachelor of Education student received the Personal Achievement Award for his efforts in overcoming adversity following his move to Australia from Colombia at age 11 and his volunteer work with at-risk children.

Current students Beniah Colbourn and Travis Salviejo jointly won the Arts and Multimedia Award for their platform Homegrown Sounds, that promotes emerging local musicians and bands and aims to build the DIY music scene in Canberra.

The award ceremony was initially delayed due to COVID-19 restrictions, and was eventually held on 24 July with strict social distancing measures in place and reduced guest numbers.

Nominations were announced in late-2019 and it was a lengthy wait for nominees to find out the results.

“We were both so surprised to be nominated – Beniah thought it was fake at first,” Mx Salviejo said.

The nomination also came as a shock for Mr Howes, who described the recognition as a ‘privilege’ that ended his year (2019) on a high note.

“I was told late last year that I was nominated for the award and it was a very special time of the year for me,” he said.

“I was the first of my 11 siblings to finish high school. Growing up in Colombia I never thought I would achieve what I have. To be nominated for an award felt amazing and was recognition of the long journey I have travelled to get to this point.” 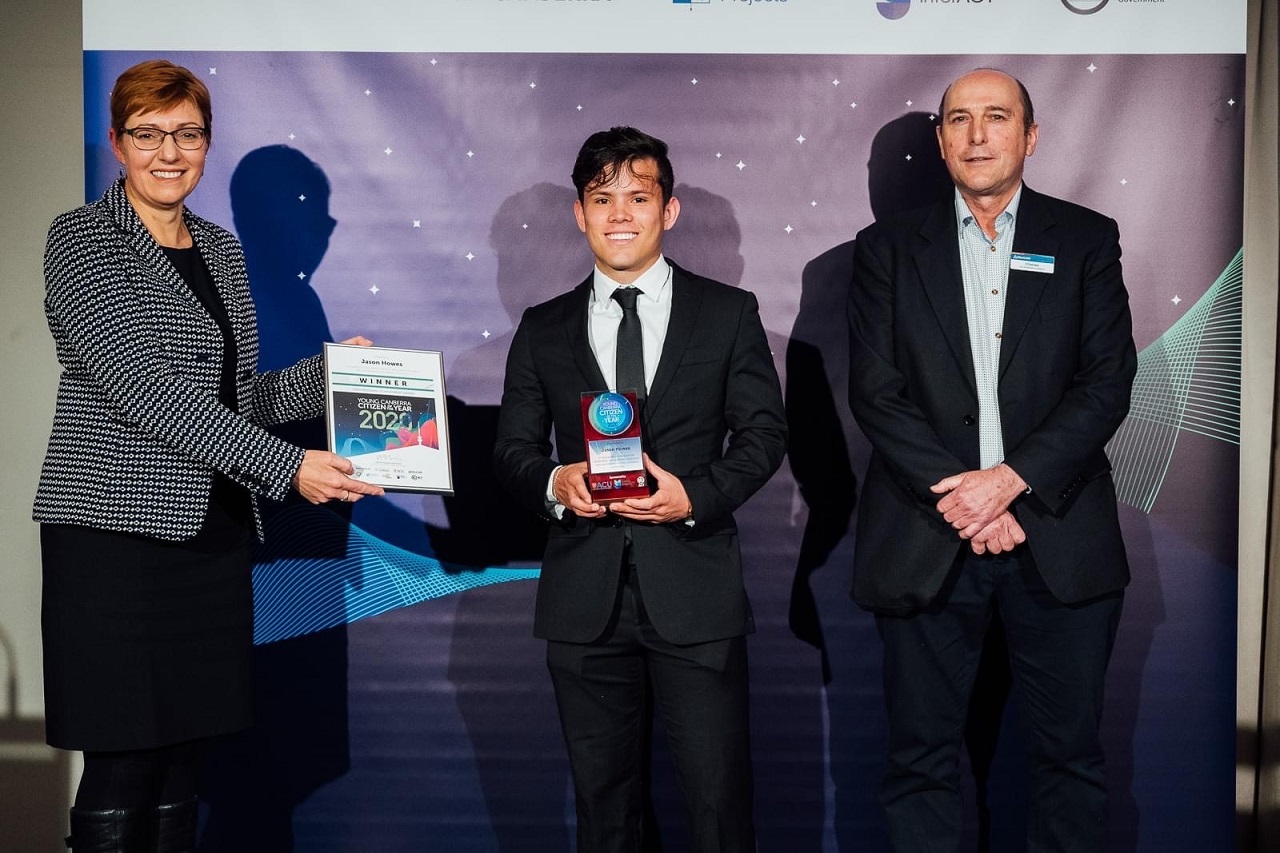 Mr Howes began his studies at UC in a Bachelor of Business earlier this year, however, inspired by his work with Southern Cross Kids’ Camps (SCKC), he switched to education.

His role at SCKC involves working as a camp leader supporting young people who find themselves in difficult family situations. The camp’s philosophy focuses on providing a place for at-risk children to feel supported and leave their worries behind.

“I started my work as a camp leader a few years ago and it really is amazing and impacts the children positively,” Mr Howes said.

“I came from a pretty disadvantaged background, so I find it a privilege to work with these kids and give them a positive camp experience.”

While Mr Howes’ was recognised for his work with children, Mx Salviejo and Mr Colbourn received their award for their support to local artists.

Mr Colbourn is a graphic designer – who is nearing the end of his studies in Communications in Marketing and Visual Communications (Graphic Design) with UC’s Faculty of Art and Design - who often helps up-and-coming musicians by providing free or low-cost artworks and designs to represent their music.

“It’s so important for artists to be able to communicate their brand effectively through visuals,” he said.

“Music itself is so important but so is the visual aspect of it all – and that includes cover art, press photos, gig posters, live photos, music videos, and social media.”

“It’s about having the right artwork for your brand.” 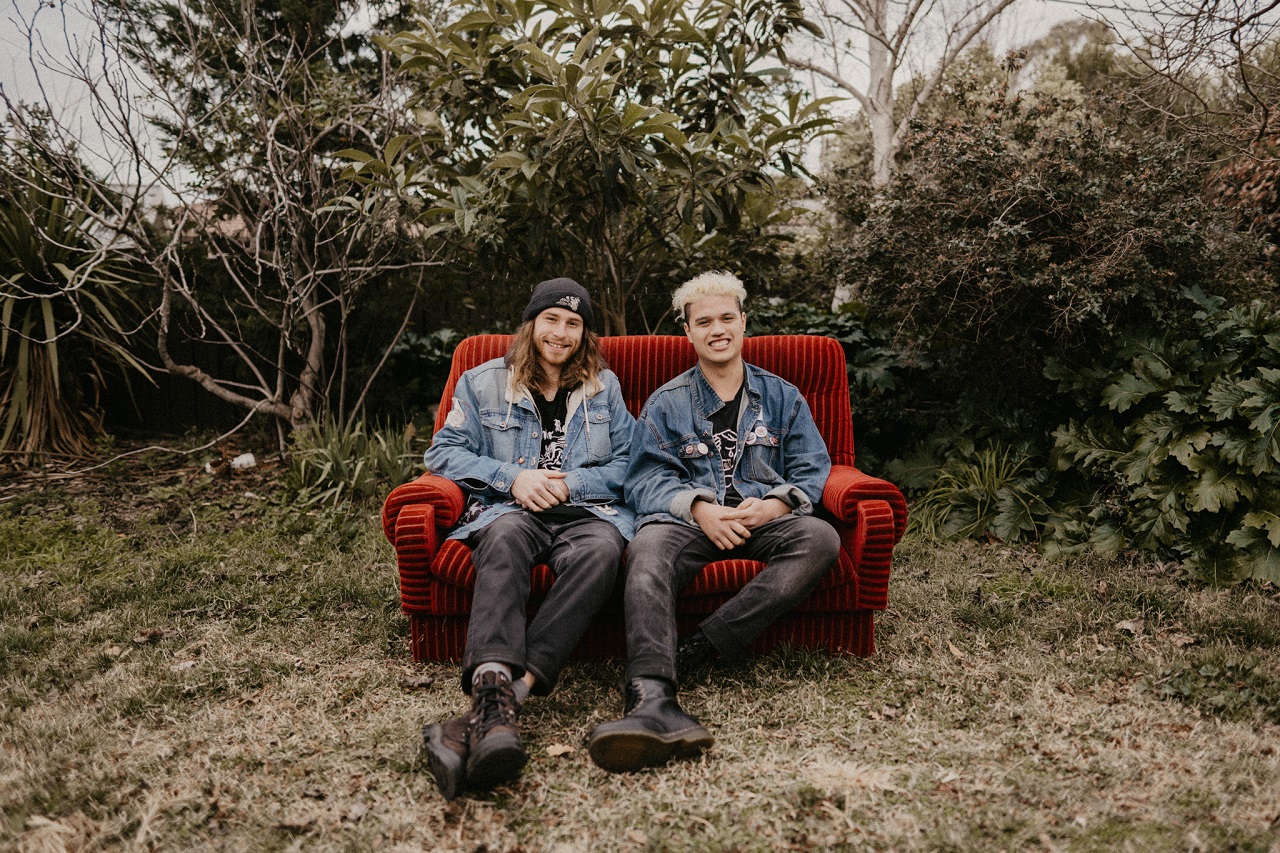 For Mx Salviejo – who is completing their Masters in Secondary Education - the part they play in Homegrown Sounds is on the audio production side of the business.

“My undergraduate degrees were in music and so that background has been a huge part of my role at Homegrown,” they said.

Following the ceremony Mr Colbourn spoke of the importance of the award for them and the Homegrown Sounds brand.

“We were just overwhelmed with gratitude for our community and the people that supported us to get where we are,” he said.

“It also lit a fire in both of us to continue working at what we’re doing, and we are excited to continue giving back to the community that we love so much.”