27 August 2020: The Ngunnawal Centre at the University of Canberra has undergone an upgrade and relocation to a new space officially opened today by Chancellor Professor Tom Calma AO and The Hon Ken Wyatt, Minister for Indigenous Peoples.

The Centre, which has been supporting Aboriginal and Torres Strait Islander students at the University since 1985, moved into the new premises earlier this year, however, it could not be officially opened due to the COVID-19 restrictions.

Pro Vice-Chancellor, Indigenous and Director of the Ngunnawal Centre, Professor Peter Radoll, says the new space is a valuable asset for Aboriginal and Torres Strait students.

“The Ngunnawal Centre gives students a culturally affirming and safe space to learn, study, and escape the stresses of university life,” he said.

“It’s also a place where they can get support with things ranging from their studies to their personal lives.”

Professor Radoll also spoke of the sense of community the Centre provides.

“The Centre is a second home and the staff are a second family to a lot of our students. It’s a space with a strong community feel.” 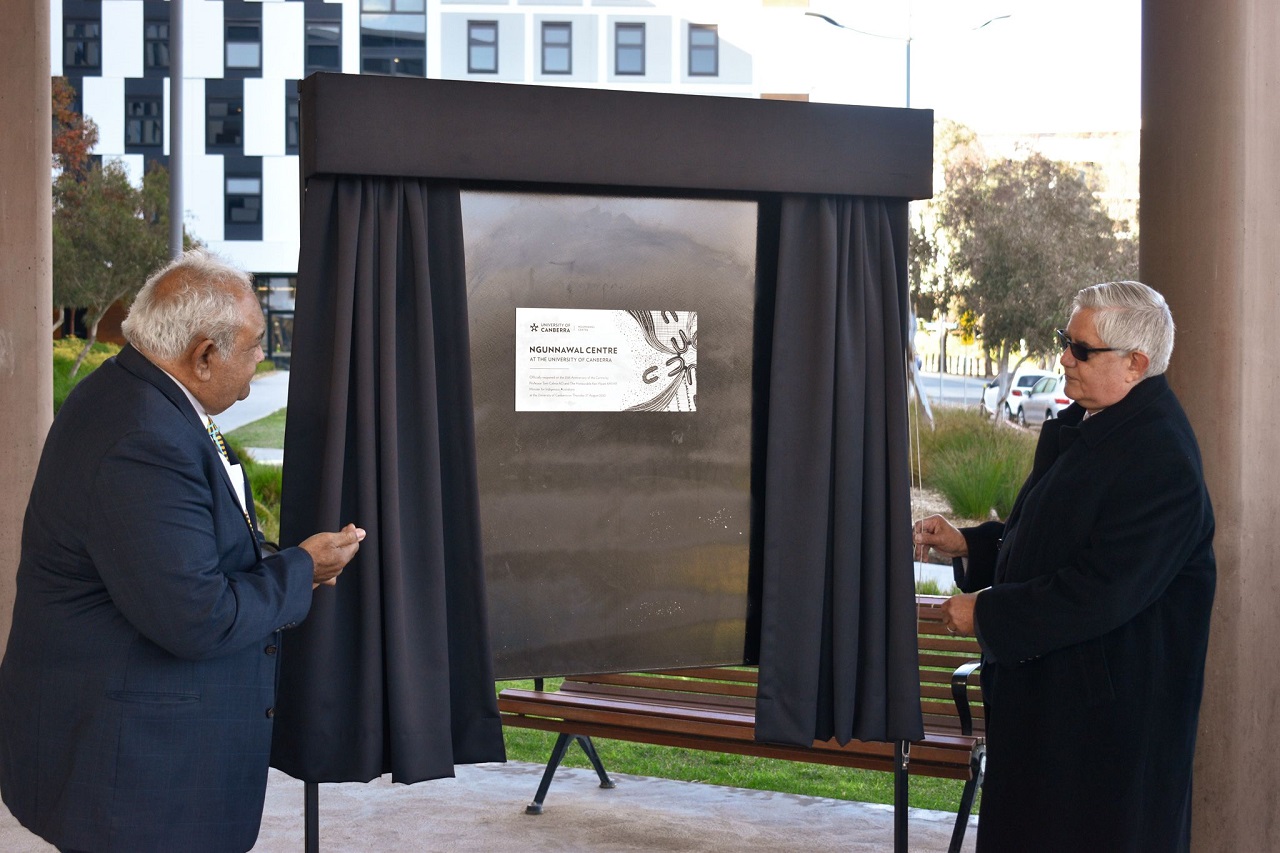 During the opening, Minister Wyatt and Professor Calma both spoke about the importance of equipping Aboriginal and Torres Strait Islander students with the tools needed to perform at their best during their University experience.

Minister Wyatt said that the new Centre would improve education outcomes, a key component of the new National Agreement on Closing the Gap.

“We know that education is a key to unlocking the full potential for Indigenous Australians, and the Ngunnawal Centre will ensure that Aboriginal and Torres Strait Islander students are supported throughout their studies.” 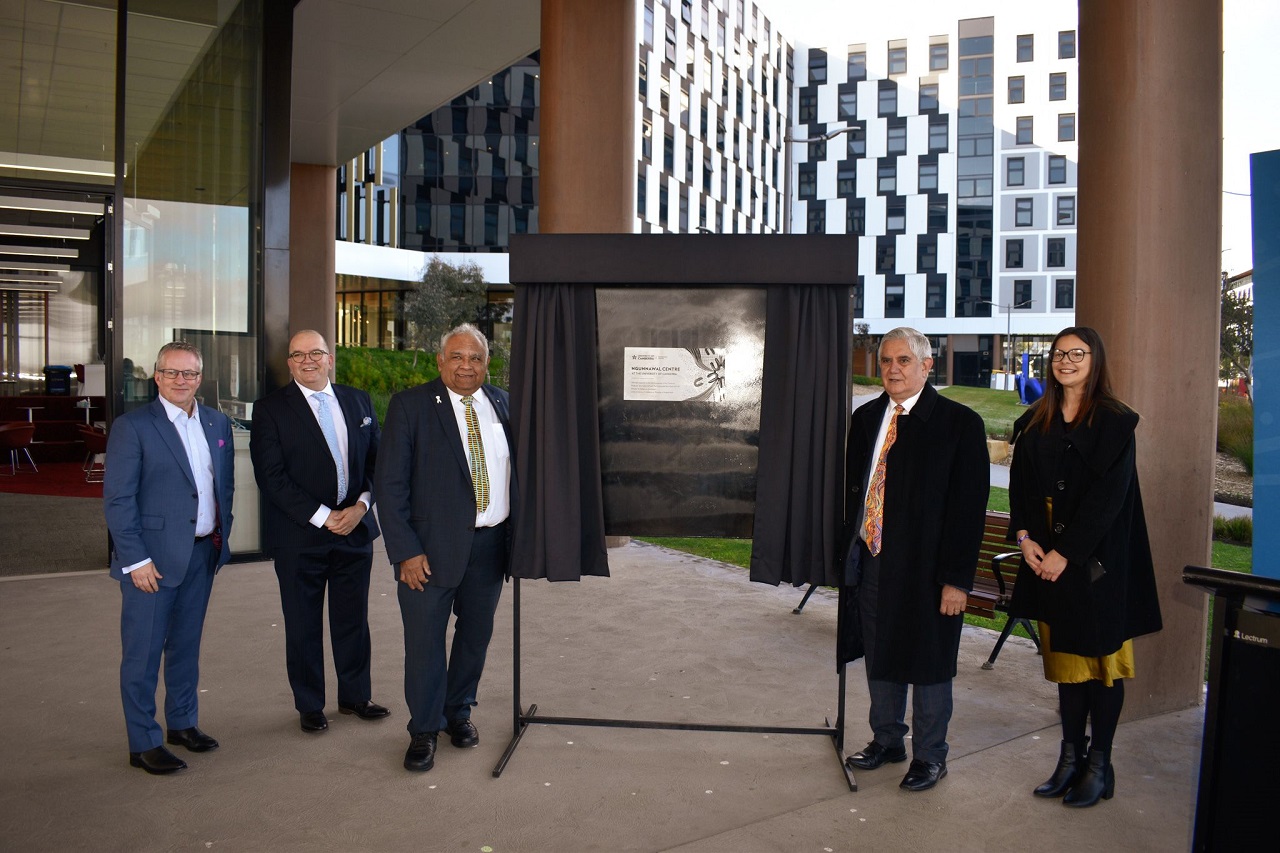 It was a sentiment that Professor Radoll echoed, saying it was nice to see that Aboriginal and Torres Strait Islander students have a new, permanent space dedicated to them.

“We are focused on increasing the success and completions of our students,” he said.

“Universities haven’t always been comfortable places for our mobs, so having a space like this really helps them succeed and give it their all when it comes to their education.”

The opening consisted of a Welcome to Country, Smoking Ceremony and an unveiling of the official plaque. Guests were able to tour the new facilities, which include a number of new upgrades.

These include a fully-fitted kitchen, bathroom, meeting and conference rooms, open spaces with computers, and a private workspace for staff. 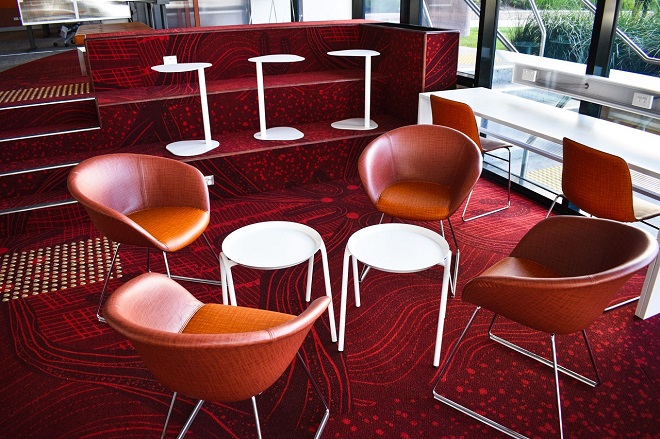 The interior design features the Indigenous Design Treatment – a University of Canberra-specific Indigenous design pattern by Ngunnawal, Wiradjuri and Kamilaroi artist Lynnice Church – in the carpets and furniture upholstery.

The Centre is also home to the University’s second Ngunnawal Plant Use Education Space, which will expand on the existing space that is located near the Centre. The new plant use education space features self-watering planter boxes and is filled with a variety of plant species that are significant to the Ngunnawal people.

Users of the new Centre location will be able to enjoy views over the Belconnen Town Centre to the Brindabella mountains.