Working with some of the biggest names in Hollywood is something most people can only dream of, but for Sue Maslin, the former University of Canberra (UC) student has achieved it.

With a career spanning 37 years, Sue is one of Australia’s most successful film, television, and digital content producers, and recently was named the Alumni Excellence finalist in the Faculty of Arts and Design, at the 2019 UC Distinguished Alumni Awards.

Despite forging a successful career in the industry, Sue’s career could have taken a much different path. Sue swapped Zoology for Media Studies in 1982 and hasn’t looked back, describing the decision as “life changing”.

“It was hugely influential,” Sue tells Canvas of her time at the university.

“My time there was the major turning point in my life that set me on a path to being a filmmaker. I fell in love with all aspects of screen storytelling there, and was highly inspired by our course leader, Bill Van der Heide.

“I also met my long-time creative collaborator and business partner, Daryl Dellora who was also a fellow student in the Graduate Diploma of Media Studies.” 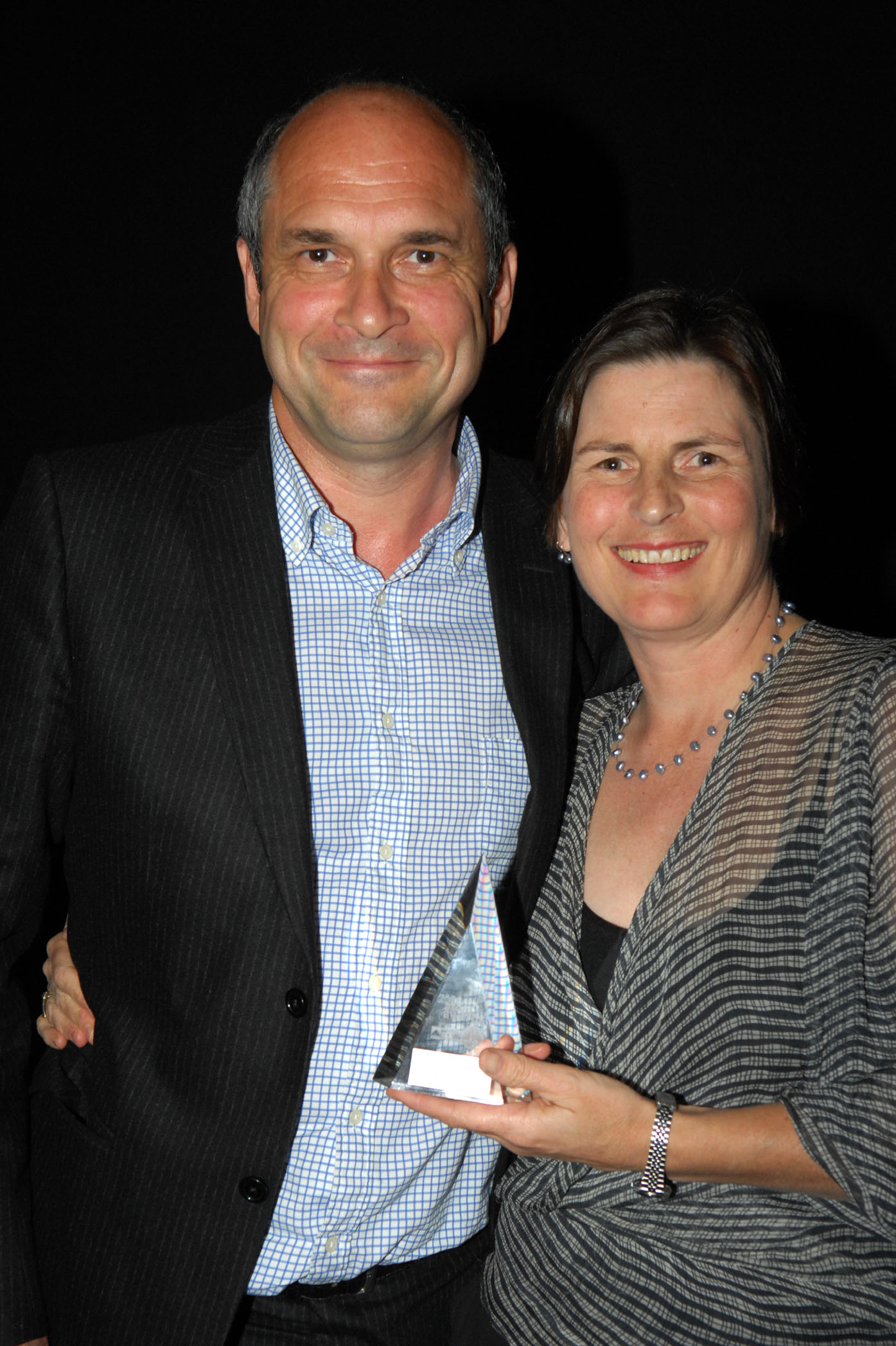 This lifechanging decision led her to her most recent smash hit, The Dressmaker, starring Kate Winslet and Liam Hemsworth. As one of Australia’s all-time highest grossing films, making over $20 million at the box office, the movie also garnered the highest number of nominations at the 2015 Australian Academy Awards, winning five.

When it came to producing the feature film, based on the best-selling novel by Rosalie Ham, Sue says she found a personal connection to the story.

“I fell in love with the book because I grew up on the plains of the Riverina, and it spoke in a way that reflected my experience of an isolated community,” she says.

“My country background has repeatedly been the inspiration for other films I have produced. My mother introduced me to a love for the midday movie on TV growing up, and once I moved to the big  city I was able to experience cinema in all its forms.”

It’s no surprise to hear it takes a village to create a film or documentary, with producers behind-the-scenes, helping make the magic happen, and Sue adds it doesn’t matter in which context she’s decided to tell a story – whether in a movie or doco – the process of storytelling is the same.

“My job is to fall in love with an idea; champion it against all odds and support the writer and director by ensuring they have all the resources they need.

“From my complete faith in them, as well as time, money, crew, and archival resources, so they can best articulate their ideas on the screen,” Sue says. 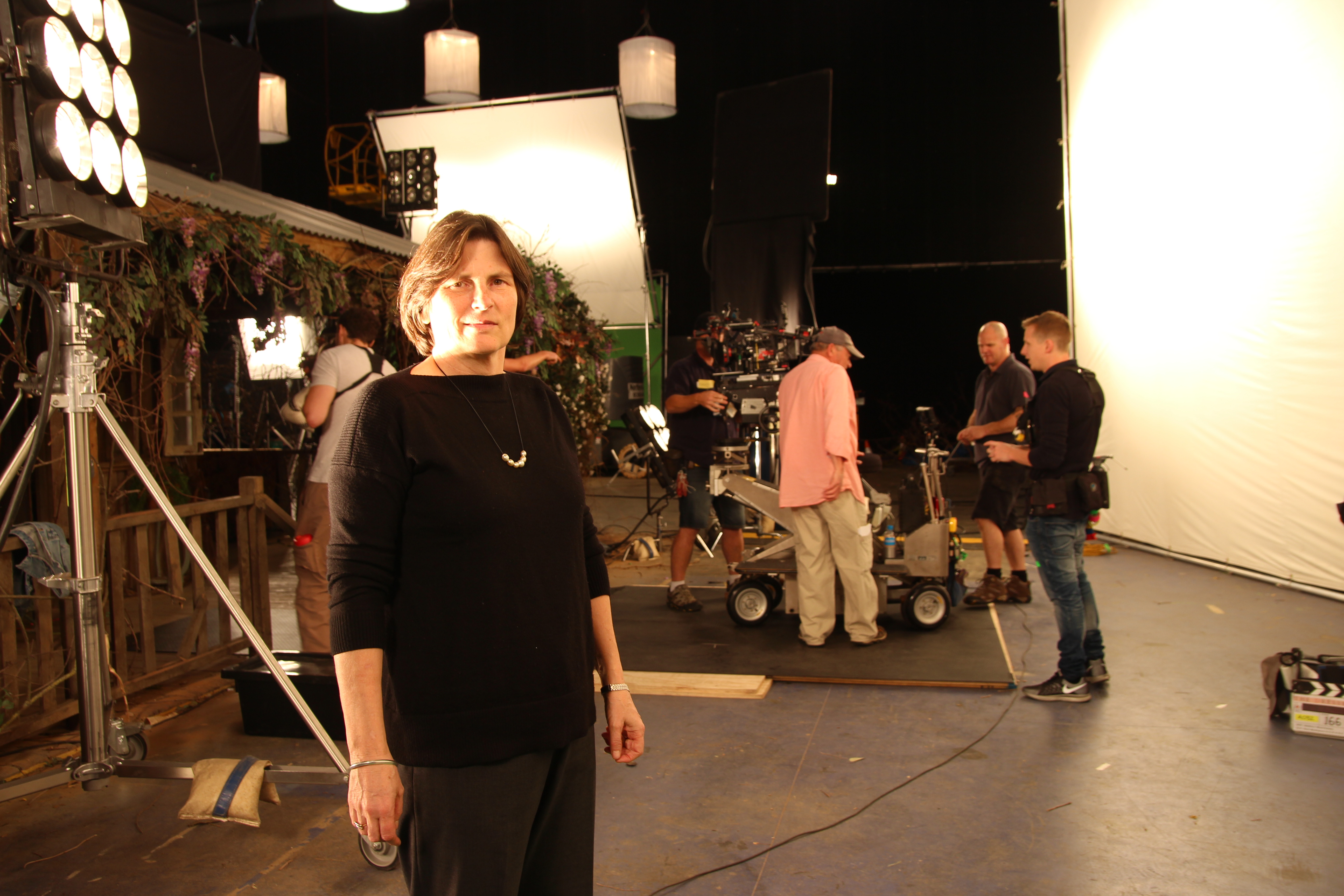 “I raise the budget, take financial and legal responsibility for the production and ensure the film is made to the best possible standards. I do everything in my power to ensure the idea ultimately reaches its intended audience.”

Over the course of nearly four decades, Sue has an impressive list of documentaries to her name, including Thanks Girls and Goodbye (1987), Mr. Neal is Entitled To Be An Agitator (1991), The Highest Court (1998), A Mirror To The People – The Governor General (2000), and more recently Jill Bilcock – Dancing The Invisible (2017) and The Show Must Go On (2019).

Despite each project Sue works on being different to the last, her motivation to remain in the industry doesn’t change.

“Each new film is a quest. Films are not made, they are forced into existence,” she says.

“The producer’s job is to drive this process from beginning to end. What drives me is the desire to reach people emotionally and intellectually through the telling of stories.

“In particular, it is the desire to tell entertaining stories which challenge prevailing orthodoxies, fill missing gaps in history, with a focus on giving voice to women, expose miscarriages of justice, and give us greater understanding of our Australian character, culture and society.”

With a focus on giving women a voice, Sue has passionately advocated for the Australian screen industry, particularly in relation to gender diversity throughout her career, and is currently a Patron of Women in Film and Television, and the President of the Natalie Miller Fellowship, an organisation dedicated to inspiring leadership and increasing the participation of women in the screen industry.

And for those thinking of trying to forge their own path in the industry, Sue has more than enough advice on how they can also find success.

“Turn off your devices and just look around you! Take time to dream and imagine, always remain curious and never give up if an idea or story really speaks to you and you want to share it with others.”

After being appointed as an Officer (AO) of the Order of Australia for distinguished service to the Australian film industry as a producer, and through roles with professional bodies, in early 2019, Sue has her sights firmly set on what’s next for her and her career.

“I want to lift the lid on the conversation around mental health and well-being in arts and entertainment,” she says, adding her latest documentary The Show Must Go On will be available on ABC iview.

“My ambition is to travel around Australia speaking to students, teachers, and practitioners as part of our national Wellness Roadshow to change the culture that sees far too many people struggling with anxiety, depression, and thoughts of suicide. When facing the challenges of working in this roller coaster of an industry, it is important to know that you are not alone and that there are many people and resources available to help when the going gets tough.”