Warlimpirringa Tjapaltjarri is one of Papunya Tula’s most senior artists. He was born east of Kiwirrkura in the late 1950s. In late 1984, Warlimpirrnga and eight other relatives of the Pintupi Tribe walked out of the desert in Western Australia and made contact for the first time with European society.   Described as ‘The Lost Tribe’, he and his family created international headlines. Until this time Warlimpirringa and his family lived the traditional and nomadic life of a hunter-gatherer society. Their intimate knowledge of the land, its flora and fauna and waterholes allowed them to survive, as their ancestors had for thousands of years. It is this sacred landscape with its significant sites that Warlimpirringa so strikingly describes in his paintings. 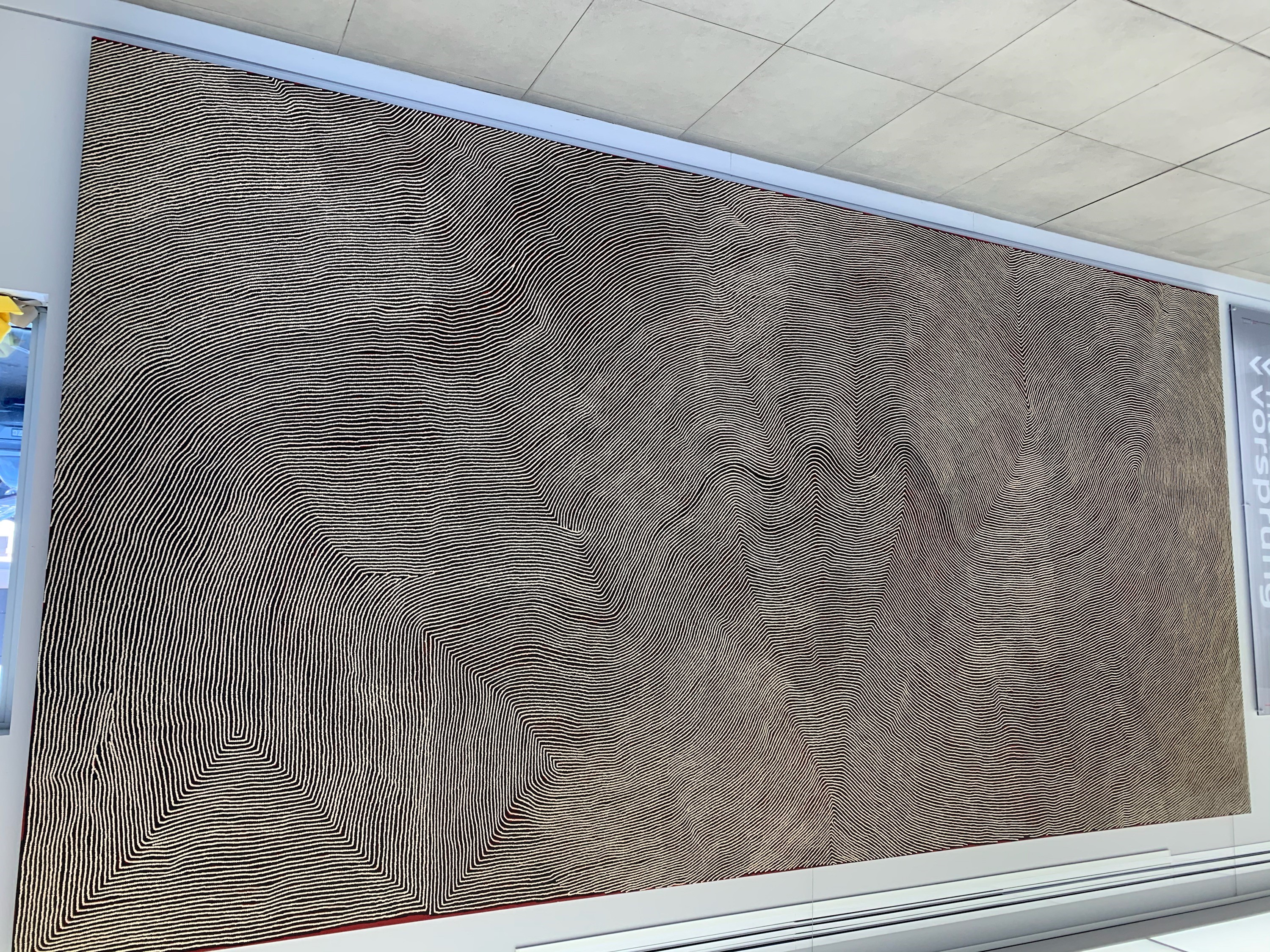 The Work of Art;

This work of art, 'Marrawa,' is a major work of art by Warlimpirringa. The work is made of synthetic polymar paint on stretched linen. This is one of a number of designs created by the artist based on the swamp site 'Marrawa' west of Wilkenkarra, Lake Mackay. There are also rockholes and soakage waters at this site. During ancestral times a large group of Tingari men travelled to Marrawa from the west, and after arriving at the site, passed beneath the earth’s surface and continued travelling underground. It is also said that a huge ancestral snake sleeps in this swamp.

Since events associated with the Tingari cycle are of a secret nature no further detail can be given.