Peter Laverty was born in Winchester in the South of England in 1926, to Beatrice and Reginald Laverty, a singer and furniture maker respectively. When Peter's mother died when he was only ten year's old and, with his father unable to care for his children following injuries sustained during World War One, Peter was sent to live with family members. At 17 years of age, Peter joined the Royal Air Force with the dream of being able to fly. Poor eyesight and hearing meant that a flying career was out of the question but Laverty trained instead in photography, an area of visual arts that was to endure.

Following Peter's departure from the armed services, he enrolled in the Winchester School of art and met his life long partner, Ursula Nathan. Her departure to Australia with her family led to a two year long distance courtship which eventually led to Peter moving to Australia in 1951. The following year saw Peter take up teaching at the National Art School in Darlinghurst. Here he progressed to become head of school before moving to the Art Gallery of New South Wales in 1971 where he became director. As Head of one of Australia's leading art galleries, Laverty enabled the gallery staff to showcase a number of international travelling exhibitions and acquire some of the gallery's major masterpieces. In 1977, Laverty left the Art Gallery of NSW and returned to painting full-time. 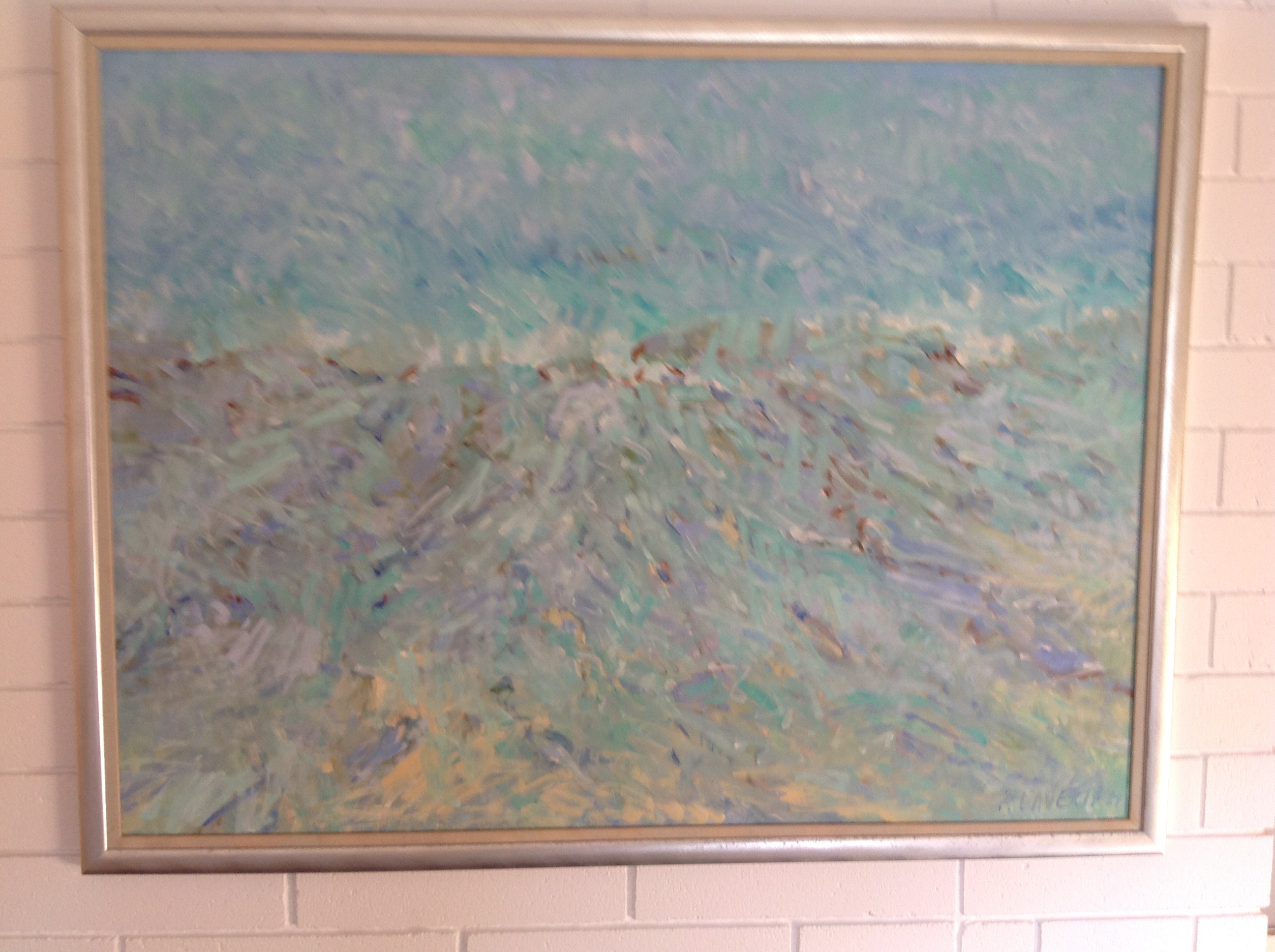 Seascape is a typical work of art by Peter Laverty, namely because of Laverty's use of broad brush-strokes, colours and the high levels of light. His works of art are reminiscent of both the abstract and impressionist schools and are comparable to some of Laverty's contemporaries such as Michael  Taylor. Bright colours and abstractionism may summon the likes of Monet, Cezanne and perhaps even J.M.W Turner.

Although this is the only example of Peter Laverty's work in the University's collections, Peter has exhibited worldwide including, USA, New Zealand and Brazil. Laverty's works of art are held in the National Gallery of Australia, Art Gallery of NSW, Tasmania and Western Australia, Perth.

The Art Collection also holds two works of art by Peter's wife, Ursula; bamboo and birds in a plum-tree.