Jimmy was born along the Kalya Tjukurpa (Emu Dreaming ) track in the Western Desert at a rockhole called Malumpa( close to the present day community of Kanpi in South Australia around 1915.  Jimmy remembers as a young boy 'whitefellas' coming in on camels and asking to be led to waterholes. After the mission days, Jimmy along with key family members instigated the establishment of a homeland community at Kanpi, so they could live back in their own country. Jimmy became a senior law man and traditional healer.

Jimmy took up painting in 2004 in order to preserve his stories and culture. By 2007, he was a leading artist with his works of art already reaching high prices. Jimmy's dot style was typlical of the Western Desert style. 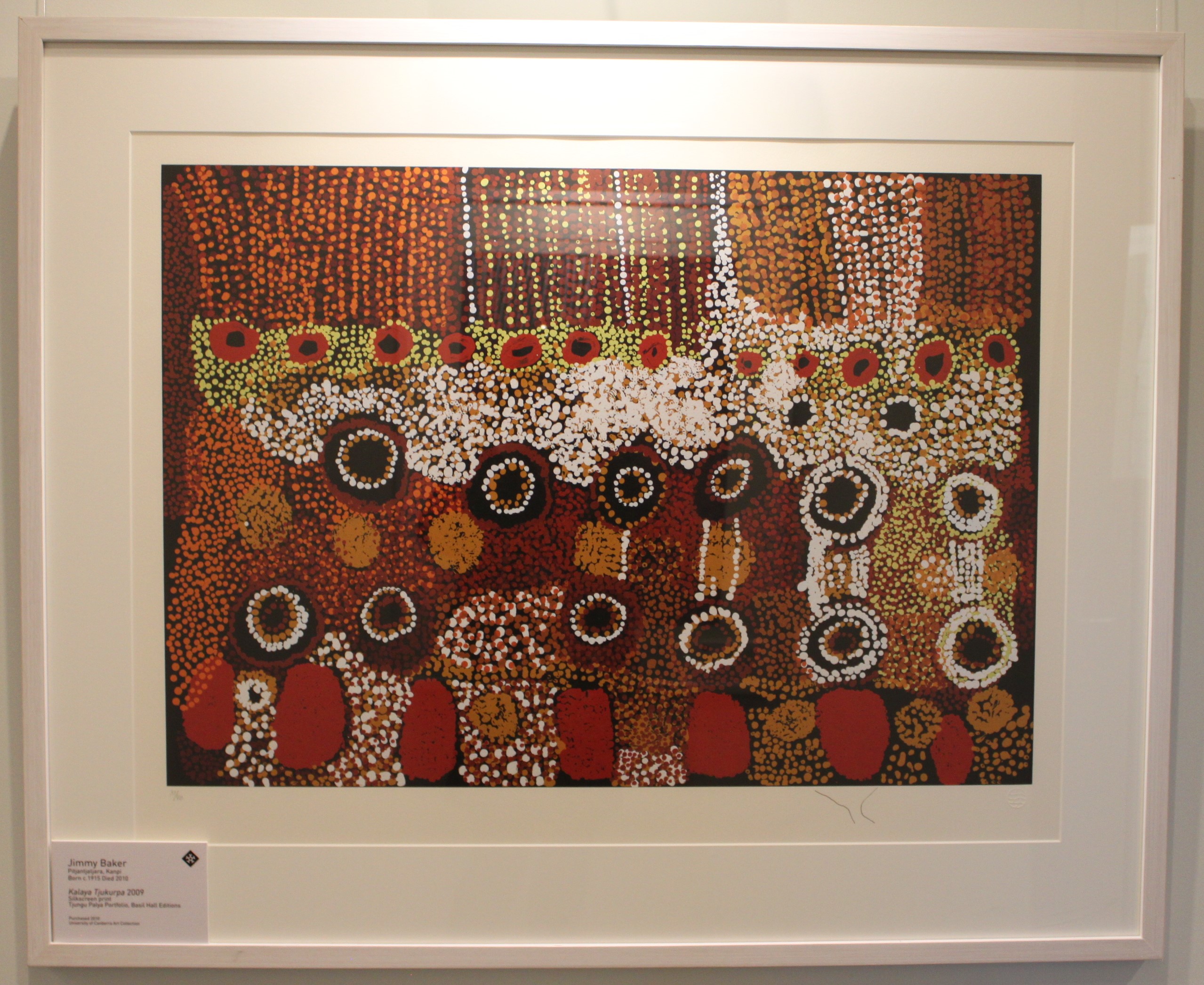 The Work of Art: Kalaya Tjukurpa

Kalaya Tjukurpa was made in 2009, as a silkscreen print (roughly 590mm by 840mm). It represents the Emu creation story for the Kanpi community. The emu is walking around the country leaving travelling tracks where he has walked. he is eating many bush foods as he travels. All his children are gone and are hidden in the bush. The Kalaya was playing a a trick on the Kipara (or Bush Turkey man).

The work of art is is a silkscreen print, created in 2009.