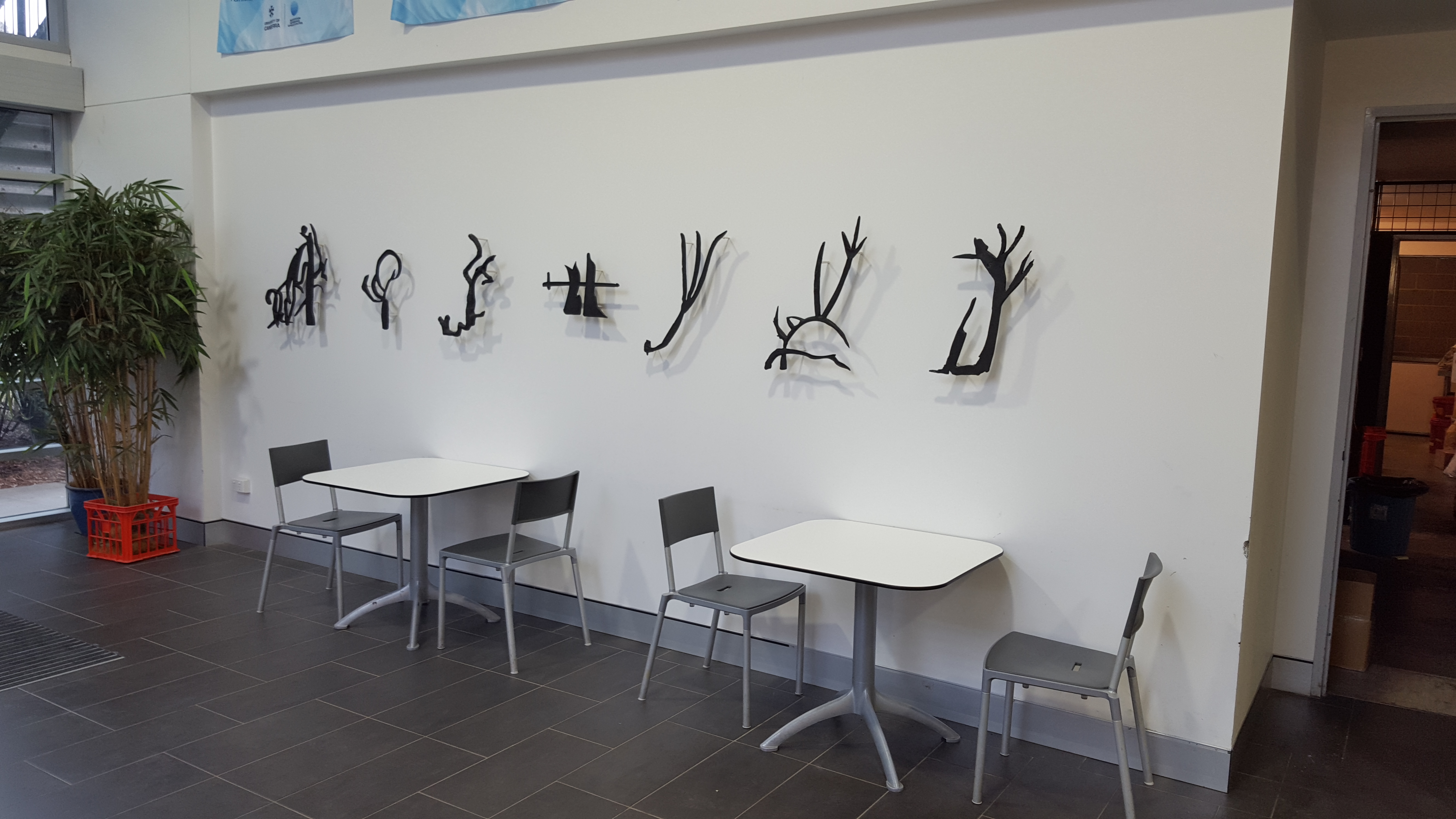 According to the Australian Galleries, G.W. Bot is a contemporary Australian printmaker, sculptor and graphic artist who has created her own signs and glyphs to capture her close relationship with the Australian landscape.1 Her artist's name derives from 'le grand Wam Bot' after the early French  explorers term for the wombat which she has adopted as her totemic animal and thus creating a spiritual connection with the landscape. 2 G.W. Bot studied art in London, Paris and Australia graduating from the Australian National University in 1982. 3 Since 1985, G.W.Bot has been working full-time as a printmaker, painter and sculptor. Her work is represented in many public collections including the National Gallery of Australia, Albertina (Vienna), The British Museum, British Library and Victoria and Albert Museum, London, Bibliotheque Nationale, Paris Harvard University, US among many others. G.W Bot has also received numerous awards including Canberra Times Artist of the Year. 4

Requiem is formed by seven large bronze figures mounted for dramatic effect on the wall in the foyer of Building 22 and 23. The work was created shortly after the bush-fires that devastated parts of Canberra and was first exhibited at CMAG in 2003.5

Other works of art.

The University of Canberra have other works by G.W. Bot including 'Threnody', 'Entrance' and Glyphs. G W Bot's work is also represented in both national and international collections including the National Gallery of Australia, Biblioteque National, Paris, The British Museum and Victoria and Albert Museum, London.

Along a similar theme, the viewer may want to look at the works by Bernard Hardy  that also reference the bush-fires in Canberra of 2003.