Is a light rail on track for UC?

Back in 2015, the ACT government announced its plans for Canberra’s Public Transport system to gain a Light Rail Network. The announcement was met with both optimism and condemnation by the public. While a large proportion of the Canberra community relished the idea of a light rail through the city corridor, there were concerns that this Transit Rail system would be too costly and unsustainable for a city like Canberra.

However, at the same time as the announcement the University of Canberra published the Canberra Urban and Regional Features (CURF) case study report that looked at the results of similar cities who implemented a light rail system. The CURF report looked at Adelaide in South Australia, Edmonton in Canada, Bergen in Norway and Freiburg in Germany. These cities were selected as similarly sized to Canberra in terms of population and density and who had also implemented a light rail system similar to the proposed Light Rail System for Canberra. 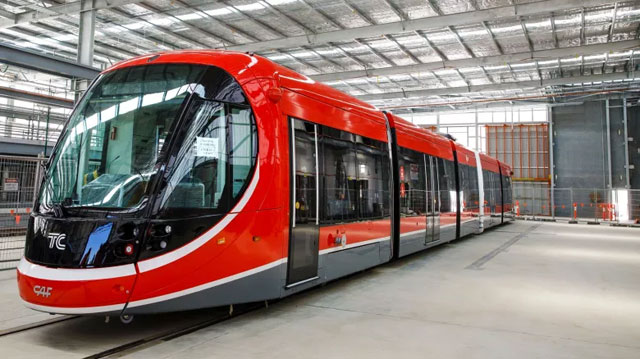 The report aimed to dispel the commonly held misconception that small cities of under 500,000 people and/or low density cannot sustain Light Rail Transit (LTR). The case study report ultimately found that the introduction of an LRT leads to the successful development of a city and population growth and density in proximity to the rail system. This finding relieves the validity of concerns of the current Canberra demographics being unable to sustain the system. The report went on to say that with a structured and detailed infrastructure  development plan in the areas close to the rail line, the introduction of an LRT would not only be sustainable but would in turn promote city, infrastructure and population growth and development.

Well, recently the University used their submission to a federal parliamentary inquiry into the second stage of Canberra's light rail project to suggest a light rail leg to run through the centre of the Bruce campus, similar to that of the Burke Street mall in Melbourne. 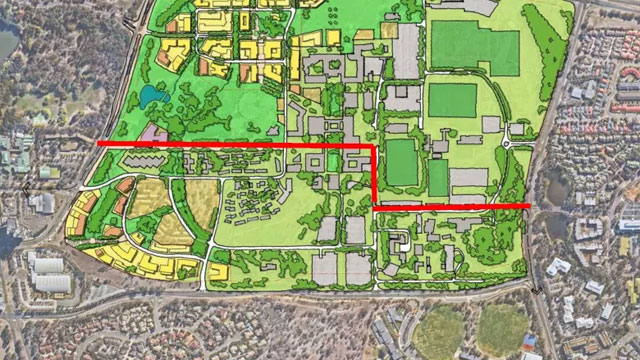 "The Bourke St example demonstrates how trams and pedestrians can co-exist, and this alignment will support a greater range of retail, food and other outlets on the campus", said a spokesperson from UC.

Under this alignment, most staff and students would be within 400 metres of the light rail network. "We at UC think that this option will increase patronage and revenue for the light rail system and ensure the UC - Canberra’s own university - is better integrated with the life of the city," the university said.

The university also flagged likely future developments, including new sporting facilities, as well as new offices, commercial and other precincts. More of the campus will be developed in coming months, with a cancer centre, residential aged care home and child care centre on the way. Additionally, an extra ten thousand people are expected to live and work in the Belconnen suburb with the new rehabilitation hospital opening this month and construction on 3300 units and townhouses beginning next year. That's on top of the ten thousand people already working or studying on the campus. This increased development on the University of Canberra campus in Bruce and the expected residential and labour growth in the Belconnen area may be able to provide some of the necessary infrastructure development and population density growth to sustain the light rail.

Our campus is becoming an even greater hub of activity and we expect to see an increase in people using the facilities and services on offer, particularly future residents.

A spokesman for ACT Transport Minister Meegan Fitzharris said the government was "positively predisposed" to considering a route through the university campus.

“An east-west light rail alignment from Belconnen to the Airport via the city and Russell has huge potential to be a university line, linking up the University of Canberra and ANU and potentially a city campus of UNSW Canberra - in addition to serving the Belconnen town centre, University of Canberra and Calvary Hospital, the city, the Russell defence precinct and the airport," the Transport spokesperson said. 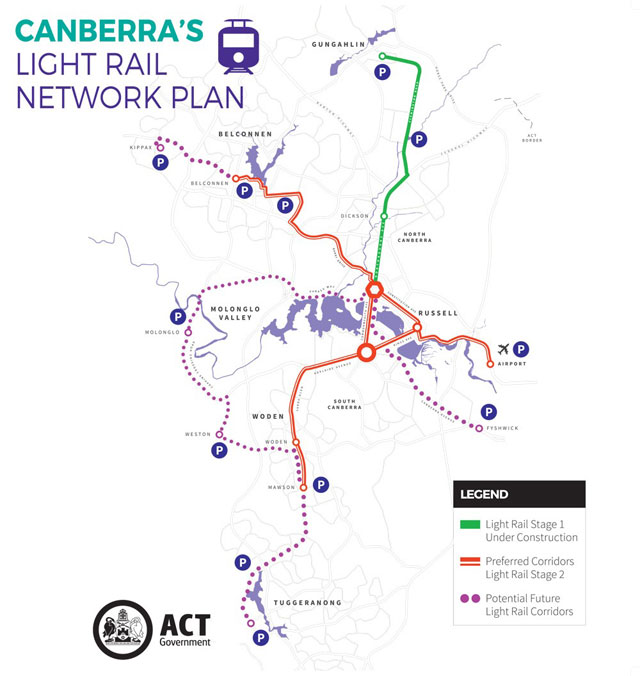 Campus
Back to top