Imagine being trapped on an island with complete strangers, limited food supply and minimal shelter. Then competing for immunity and being forced to vote out tribe members one-by-one, for the chance to win a cash prize. While this might sound ominous; it’s also the real-life game of a reality television series called ‘Survivor’.

Television shows like this are the reality of the entertainment industry; placing individuals into extreme conditions for the enjoyment of others.

For those competing on these types of reality television shows there are often some adjustment issues faced when returning back to normal life. This can include feelings of isolation and loneliness, lack of trust and disorientation and the possibility of pending fame. Someone who knows about these issues all too well is UC alum Mark Mathieson, an Extreme Psychologist.

Mark graduated with a Graduate Diploma of Applied Psychology in 1994, the degree assisting him in the transition from undergraduate ‘theory’, to postgraduate ‘practice’.

My University of Canberra studies pushed me into my own areas of discomfort and formed a fundamental stepping stone into becoming an effective practitioner.

Mark began working as psychologist in 2001, and has had a highly interesting career, working all over Australia and throughout many parts of the world including Antarctica and South East Asia. Predominately his career has been focused on the Military within the provisions of psychological support and strategic advice to military personnel and commanders. Essentially operating as a strategic HR element; assisting in the maintenance and enhancement of military capability and looking after and training staff and members of the military. 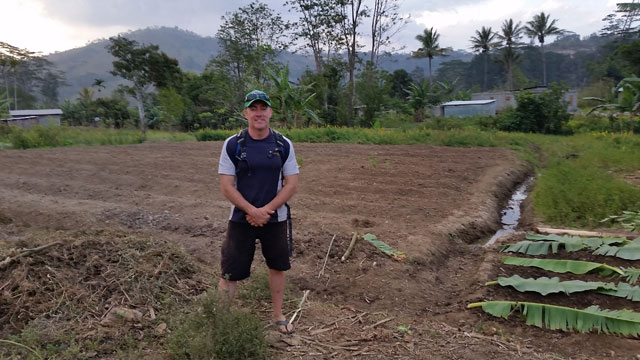 “The duties ranged from selection and recruitment, talent identification and workforce planning. I also assisted with individual psychological screening, assessment and targeted interventions. Typically military psychologists work individually or in pairs, so it is a necessity to be a ‘generalist’ and capable of a broad range of tasks.”

After founding his own business, ‘Psyched Up’ in 2005, Mark continues to think outside the box, finding challenging ways to make a difference and showing that psychology is more than just sitting in an office. His business specialises in extreme psychology, giving Mark the chance to work with a number of clients including Access Aid International, Water Aid, World Challenge, Exxon Mobil and the Australian Army. The company focuses on providing services that include recruitment and assessment for people in extremes, leadership and guidance for extreme situations and developing, supporting and training teams to achieve in extremes.

One client that has recently used Mark Mathieson and his team is EndemolShine Australia; producers of the Survivor reality series. Working behind the scenes, the psychology team were involved with the selection process of individuals for the show, providing onsite support for the show itself and preparation and support for the contestants at the completion of the series.

“Working on Survivor was a fun and rewarding experience, mostly due to the amazing people I was able to meet and get to know. Most of the contestants coped really well; however there were moments were I provided education and advice on how to handle the different phases of the experience.” 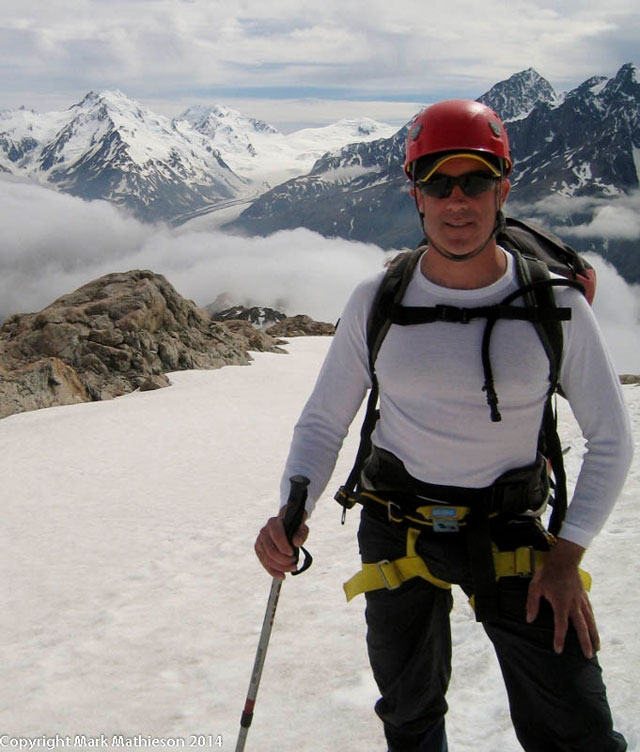 Mark believes that most humans have an amazing capacity to cope with extreme situations in any environment, and there is often a misconception about our capacity to cope.

“Having said this, the best way to improve performance is to utilise the vast amount of knowledge we have from the past and to build highly effective training pathways that expose people to gradually increasing levels of complexity.”

When facing extreme situations Mark suggests breaking the insurmountable down into achievable steps.

"Keep it simple and use what has worked before, focusing on the process and not the outcome."

At 45 life is still very exciting for Mark, he continues to push the envelope and will compete in a 250km run through Patagonia late this year. He offers this great advice for students and new graduates;

Make sure you occasionally tread the path less travelled.

"Some of my best experiences that have fundamentally taught me about life have come from areas other than work – through travel, meeting new people, taking on a personal challenge or continuing study. There is no ‘meaning’ to life, only a meaningful life. So get out and live it!”