Can Robots Change the World?

A massive fan of Star Wars and highly experienced at dressing as a Jedi , this University of Canberra Software Engineering graduate and PhD student is using the force to build robots to save the environment.

Recently, David was recognised internationally for research conducted around social robotics, that is, robots designed to interact with humans and other robots. David won the prestigious accolade for the best interactive session at the International Conference of Social Robotics (ICSR) in China in 2018. 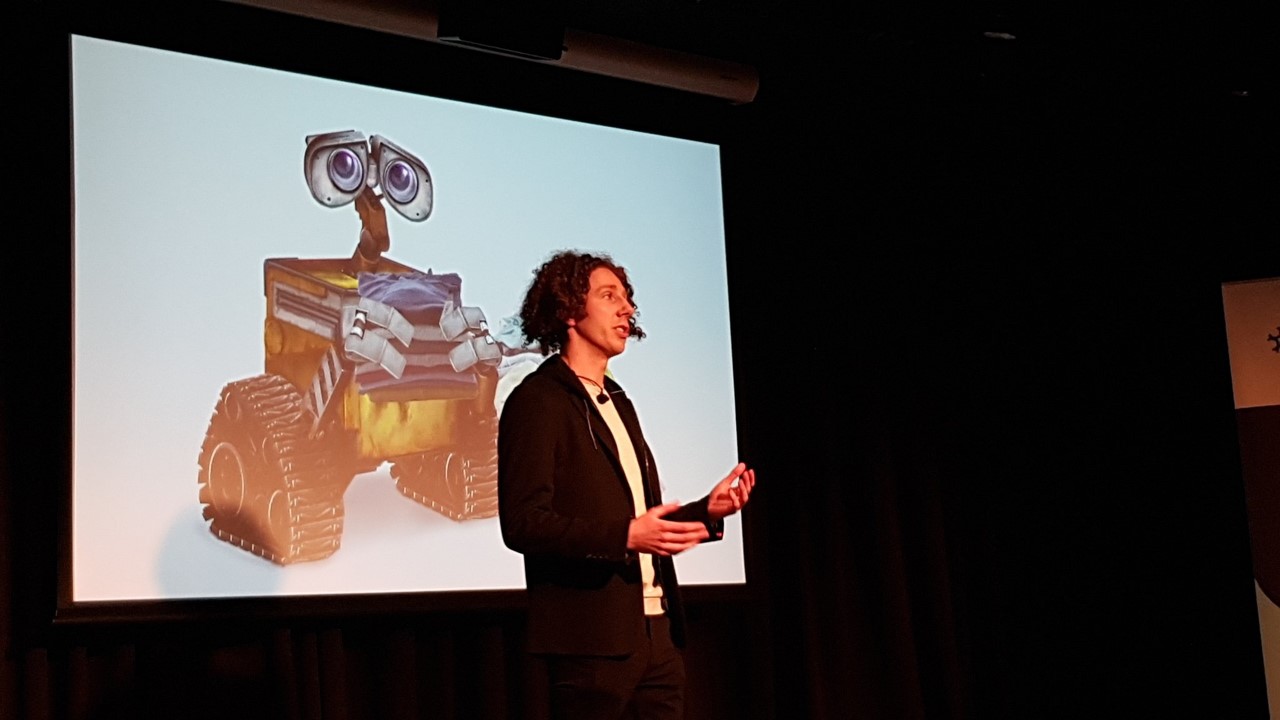 David’s PhD research at UC focuses on developing robots that can efficiently recycle clothing – as this is one of the largest contributors to landfill. Globally we produce about 80 billion new pieces of clothing annually. In Australia, we currently send 85% of the textiles we buy to landfill every year. Alarmingly, clothes with synthetic fibres are essentially made from plastics based on petroleum, meaning they could take up to a thousand years to biodegrade. If that wasn’t bad enough, they also release micro plastic fibres when washed.

There are a couple of key factors David has kept top of mind when tackling these issues. Firstly, he is passionate about “trying to find a way to make environmental issues profitable”. Whilst keeping in mind taking jobs away from a human worker, he is interested in robots being labourers – only where there is a gap.

David explains that robot ‘hands’ were previously too simplistic to grip textiles and didn’t have the manipulation skills required to hold fabric, so he has designed hands that can grip and sort the fabric and can also be produced at a low price point. The robots can also sort the clothes by colour and composition, preventing the need for them to be dyed which saves on resources too.

The concept is soon to be showcased in Denmark and the plan is to build a whole robotic system and test it as a commercial venture.

In exploring the blurring line between humans and technology, in early 2018 David worked with internationally renowned artist Stelarc for six months on the Articulated Head project.

“It was one of the weirdest things I’ve ever done, but a lot of fun!” reflected David.

The Articulated Head is an interactive robot-art installation and is intended to feature a robot which models the behaviour of an active listener engaged in interaction with the human audience. It featured in the Questacon exhibition ‘Born or Built’ which explores that blurring line, and the overlapping shared future of those born and those built.

Whilst David’s robotic work is being showcased in both the scientific and art worlds, he is also busy as the co-founder of research and development company Equilibri, in partnership with UC alumna Hayley Teasdale. Equilibri currently focuses on creating medical devices for people suffering from balance disorders.

When asked about his time at UC, David explains it as being one of the most rewarding learning experiences of his life.

“[I was] surrounded by an incredible support system to inspire, and encourage, and push you to do more”.

David pays this forward to UC students by sharing knowledge and skills with students interested in robotics by hosting weekly ‘robotic workshops’ for the UC Engineering Society, of which he was a co-founder.