A Life Devoted to Championing Humanity

Ian Wishart has spent over 30 years of his life as a passionate advocate for those in need, a champion for human rights, international development and aid.

Mr Wishart has been the CEO of the Fred Hollows Foundation since March 2018, and is a Distinguished Alumni Awards finalist; he completed a Graduate Diploma of Education at the University of Canberra in 1981.

The Foundation focuses on treating and preventing blindness and other vision problems in Australia, the Pacific, South and South East Asia, and Africa.

As one of Australia’s most accomplished leaders in the global humanitarian sector, Mr Wishart has held top roles at a number of not-for-profit organisations.

He started his development career at World Vision Australia, initially as an emergency relief officer deployed to the major global emergency hot spots of the early 1990s, then going on to manage the humanitarian response team. After three years as World Vision’s Country Director in Laos, he served as an advisor to the CEO.

Mr Wishart’s work has taken him across the globe, to countries like Cambodia, Laos, Ethiopia, Eritrea, Kenya, South Sudan and Rwanda; he has also been a sector leader as a former Vice President and Director of the Australian Council for International Development (ACFID), the peak council for Australian aid and development organisations.

While his career path was still in the distant-seeming future while he was at UC, Mr Wishart says that his studies played a large part in shaping him intellectually and personality-wise, and opened his mind to a range of social issues.

“My time studying helped me to learn a more critical way of viewing education, and pedagogy, which I have used throughout my career,” he said.

His studies helped to nurture the seeds of interest in international development which had already taken root during his time growing up in 1970s pre-independence Papua New Guinea. This was the starting point of his deep, longstanding commitment to reach out to the less fortunate. 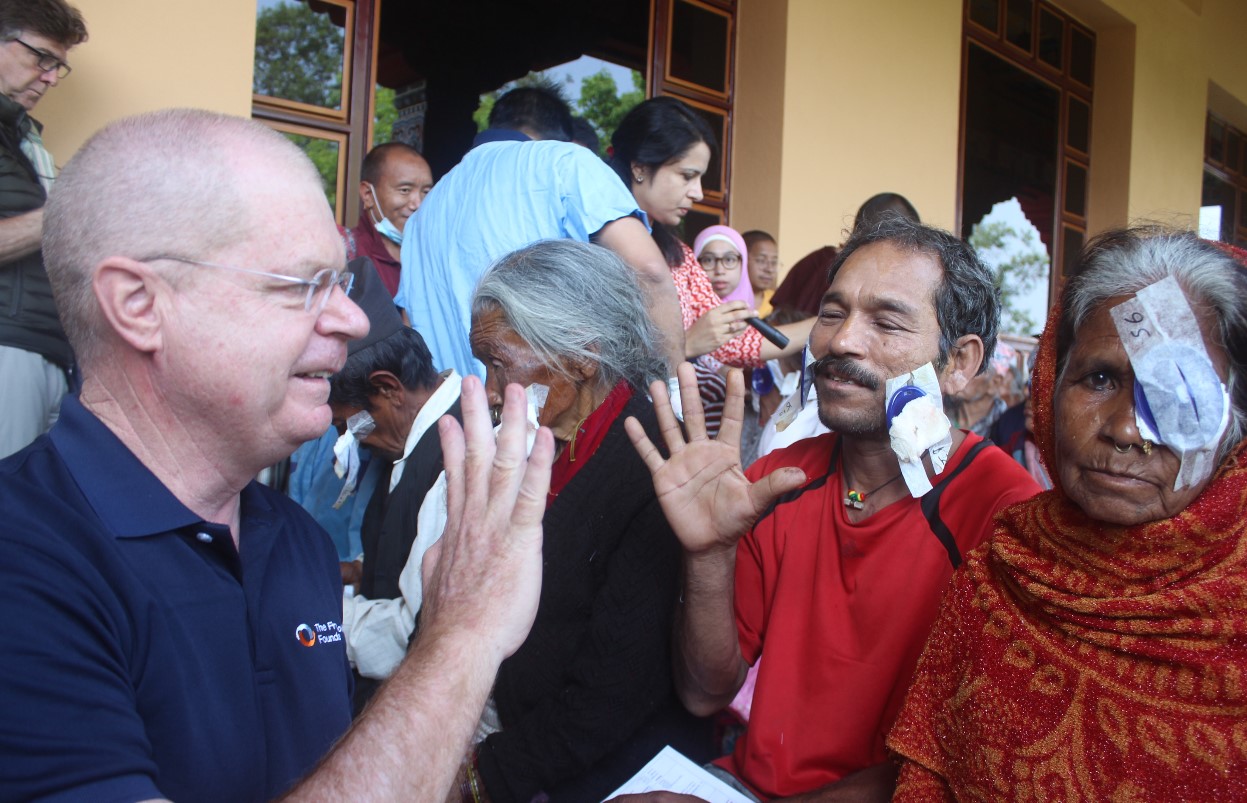 In just two years at the helm of the Fred Hollows Foundation, Mr Wishart has already realised many key achievements, including launching the Foundation’s 2019–2023 Strategy.

He is currently overseeing the Foundation’s largest investment into Aboriginal and Torres Strait Islander eye health in Australia.

Encompassing an investment of $40 million over five years and a new Country Plan, the initiative is aimed at realising the Foundation’s vision of closing the gap in eye health for Australia’s First Peoples; current statistics show that the community is three times more likely to be blind or vision-impaired than other Australians.

Tireless in his quest, Mr Wishart has trained his lens firmly on thwarting avoidable blindness across the globe.

In March 2019, The Fred Hollows Foundation CEO Ian Wishart visited key project sites and met with national and local partners in Vietnam. Vietnam holds a special place in The Foundation’s history. A few months before Professor Fred Hollows passed away, he checked out from his cancer ward and hopped on a plane bound for Vietnam. He wanted to trained eye surgeons in the country – a strategic move that would increase the country’s capacity to conduct sight-saving operations by the thousands. With more than 250,0001 cataract surgeries each year, Vietnam has come a long way since Fred’s last visit.

Fred’s legacy lives on, more than 25 years after The Foundation was established Vietnam. Today, The Fred Hollows Foundation is one of the most recognised development organisations in the country. 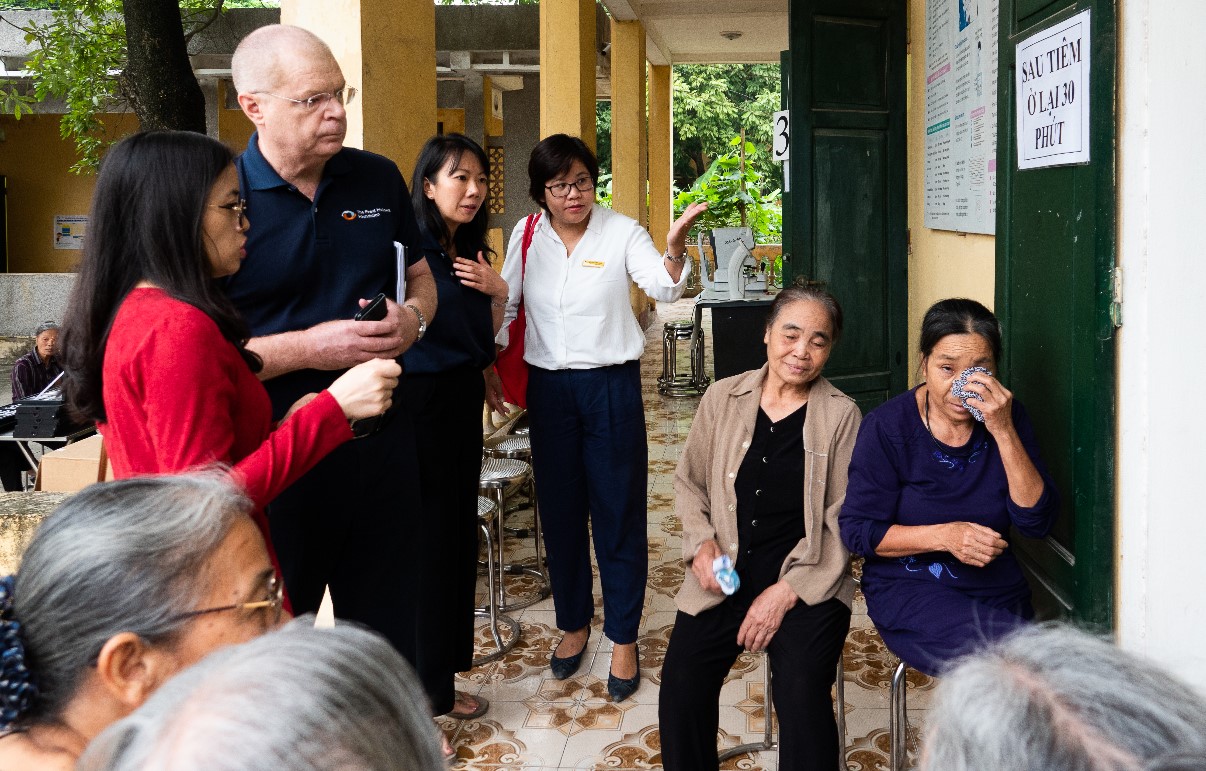 Among the worldwide initiatives he is spearheading: the $25 million She Sees global campaign, aimed at closing the gender gap in eye health; a Gender Equity and Inclusion Framework for equitable access to eye health care; leading global efforts to help Rohingya refugees arriving at crowded refugee camps in Bangladesh, and working alongside partners in the country to help the estimated 50,000 cataract patients in urgent need of eye surgery in the camps; and commencing a global partnership with Sightsavers, an international organisation working to end avoidable blindness.