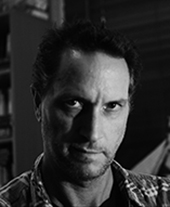 The White Earth / by Andrew McGahan

After his father’s death, young William is cast upon the charity of an unknown great-uncle, John McIvor. The old man was brought up expecting to marry the heiress to Kuran Station—a grand estate in the Australian Outback—only to be disappointed by his rejection and the selling off of the land. He has devoted his life to putting the estate back together and has moved into the once-elegant mansion.

McIvor tries to imbue William with his obsession, but his hold on the land is threatened by laws entitling the Aborigines to reclaim sacred sites. William’s mother desperately wants her son to become John McIvor’s heir, but no one realizes that William is ill and his condition is worsening.

Andrew McGahan is one of Australia’s finest and most varied writers of fiction. His first novel, Praise, won The Australian/Vogel Literary Award in 1992. His third novel Last Drinks won a Ned Kelly award for crime writing in 2001. In 2004, his fourth novel The White Earth won the Miles Franklin Literary Award, the regional Commonwealth Writers’ Prize, The Age Book of the Year, and The Courier Mail Book of the Year Award. His sixth novel Wonders of a Godless World won the 2009 Aurealis Award for Science Fiction. Since 2010 he has been working on a seafaring fantasy series entitled Ship Kings, the fourth and final volume of which, The Ocean of the Dead, was published early in 2016. In between novels, Andrew has also worked extensively in theatre and film, picking up various awards along the way, including an AFI award in 1999, for the script adaptation of his novel Praise. Andrew lives in Melbourne, with his partner of many years, Liesje.

'The novel is beautifully structured, filled with parallels and reverberations which come back to haunt and illuminate the reader as the story unfolds.' - Katharine England, Adelaide Advertiser

'A great Australian story embracing national themes that should engage us all.' - Lucy Clark, The Sunday Telegraph

'The White Earth is an ambitious and multilayered novel... seamlessly blends the factual elements with the preternatural dimensions. - Aviva Tuffield, The Age.

'The White Earth is a long book, but there is nothing sprawling about it. It is a lean, intelligent and incisive novel.' - James Ley, The Sydney Morning Herald.

We would like to thank Allen and Unwin for their kind permission to reproduce the illustrations which appear at the top of this page.