Emeritus Professor Don Aitkin AO was many things – political scientist, writer, historian, mentor, and the longest-serving Vice-Chancellor of the University of Canberra. But to his fellow residents at the aged care facility, where Don spent his last months helping with meals and serving at tables due to COVID-19-caused staff shortages … he was simply “a really good bloke who cared for other people”.

That about sums up her dad’s life, says Susan Aitkin – her dad cared, which in turn drove him to try to make things better for everyone.

“’A good bloke’ – he’d be happy with that epitaph, I think,” she says. Susan is one of the nine children Don and his third wife Beverley – Bev – shared between them.

It didn’t matter whether it was via his role as Chair of the National Capital Authority, or in his advocacy for better food for fellow residents at the aged care facility – 18 or 84, Don was a gentle battler for the good. 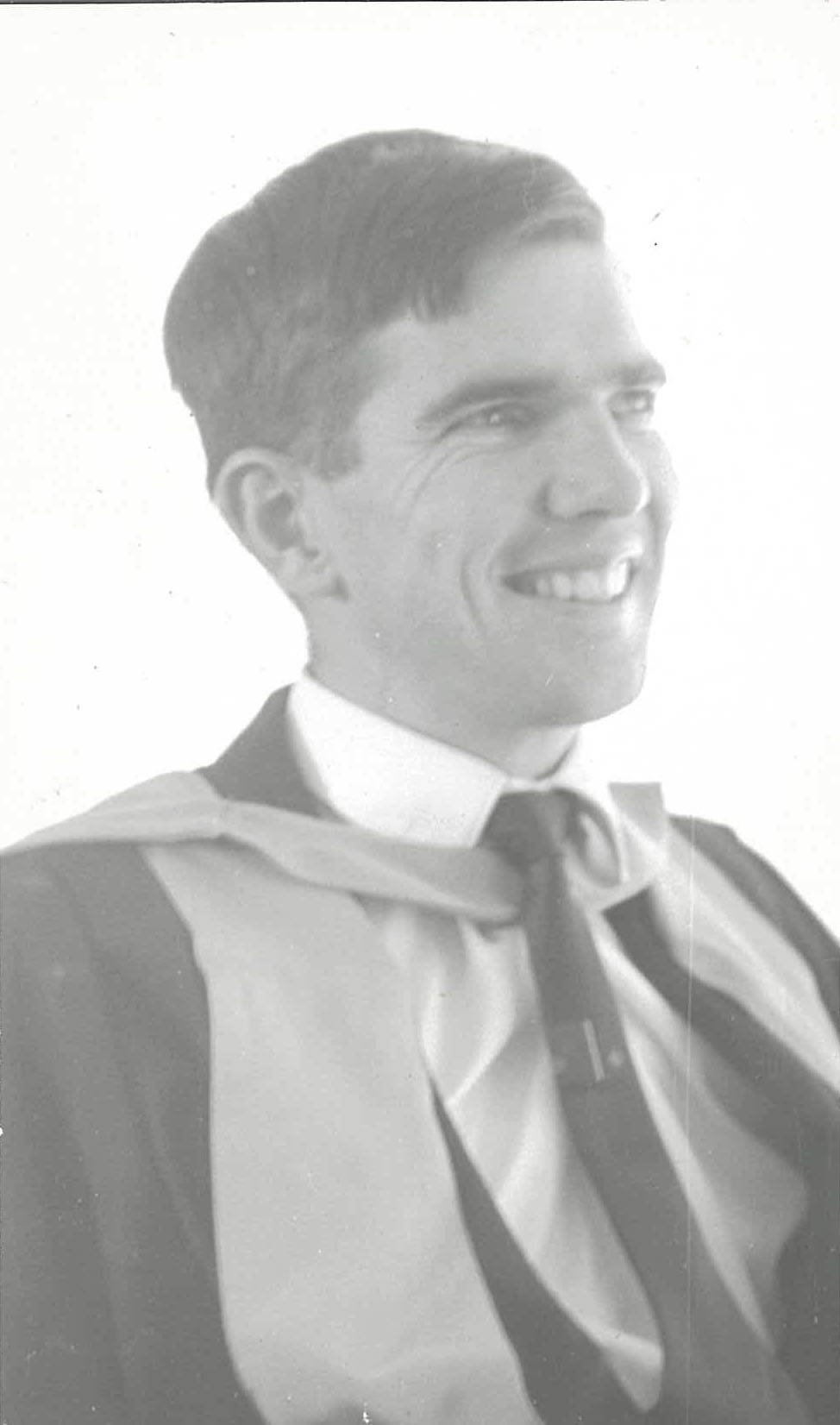 This spirit certainly underpinned his role as the Vice-Chancellor and President of a university in its infancy – Don helmed UC from 1991, when it had just become a university from its days as the Canberra College of Advanced Education (CCAE), till his retirement in 2002.

“Dad had such a deep connection with Canberra, and with UC itself – we always said that somehow, Dad and Bev had made the University their tenth child!” Susan says.

It was a connection sparked by Don’s lifelong belief in education for all.

Faith in education, a life of service – and a love of culture

Born in 1937, Don was the eldest son of two teachers – Alec Aitkin and Edna Taylor – so it’s little wonder he had so much faith in education to elevate and empower.

“Dad’s father grew up in Broken Hill, NSW, the second of eight children,” says Susan. “The kids went barefoot to primary school, but their mother was determined that they all stayed on to get an education. Alec worked at the Surveyor’s Office on the South Mine after he finished school, studying after work.

“He finally won a Teachers College Scholarship to study at Sydney University. Each academic year ended with him back on the South Mine to earn funds for the next year. In his final year, his Dad lent him £20 so he could study for his distinction exams during the holidays.”

This story is why the Aitkin family is so supportive of the UC Student Empowerment Fund, says Susan.

“That loan got Alec through his degree. Our family hopes that the UC Student Empowerment Fund can give other students the same chance that Alec was given,” she says.

Alec and Edna met when they were both posted to Telopea Park Intermediate School in Canberra.

Their three sons later attended Ainslie School – which would prove useful many years later to Don, when he sought to reassure his grandchildren. 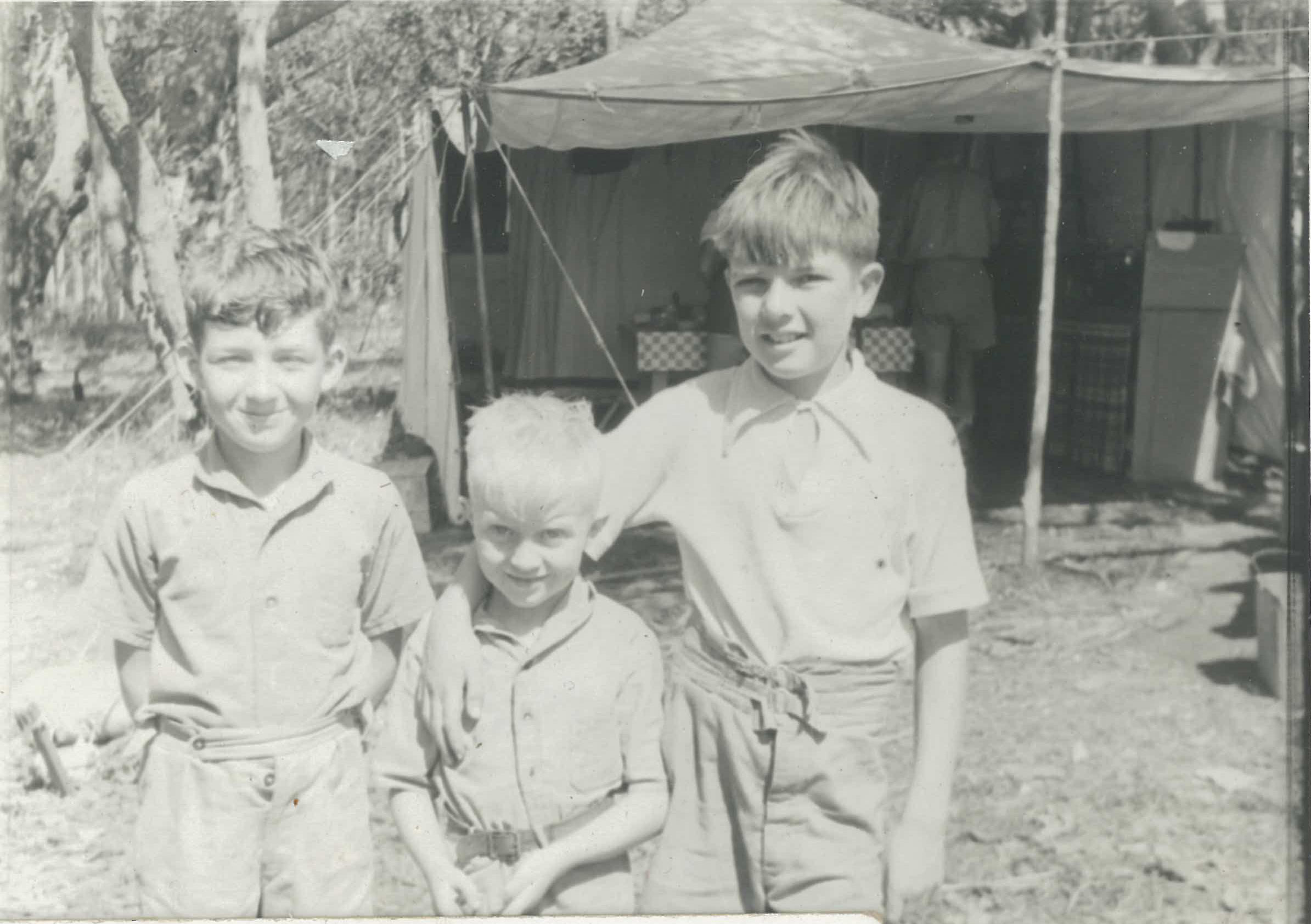 “Dad was able to reassure my own children when they started at Ainslie that no students had been buried under the sandpits during World War II when parts of the playground were dug up for air raid shelters, so there was no possibility of their skeletons reaching up to suck the souls of anyone digging there – as per a rumour that been put out by the bigger kids!” says Susan.

Don spent his formative years in Canberra and Armidale, NSW, before completing his bachelors and masters in history at the University of New England. He was the University’s first enrolled student – the first of many ‘firsts’ that would hallmark his life.

He graduated from the Australian National University (ANU) with a PhD in political science in 1964, before moving to Oxford and later the University of Michigan in Ann Arbor.

Once back in Australia, Don worked at both the ANU and Macquarie University, where he was its foundation Professor of Politics.

In these roles especially, he greatly influenced the growth of national policies for research and higher education. 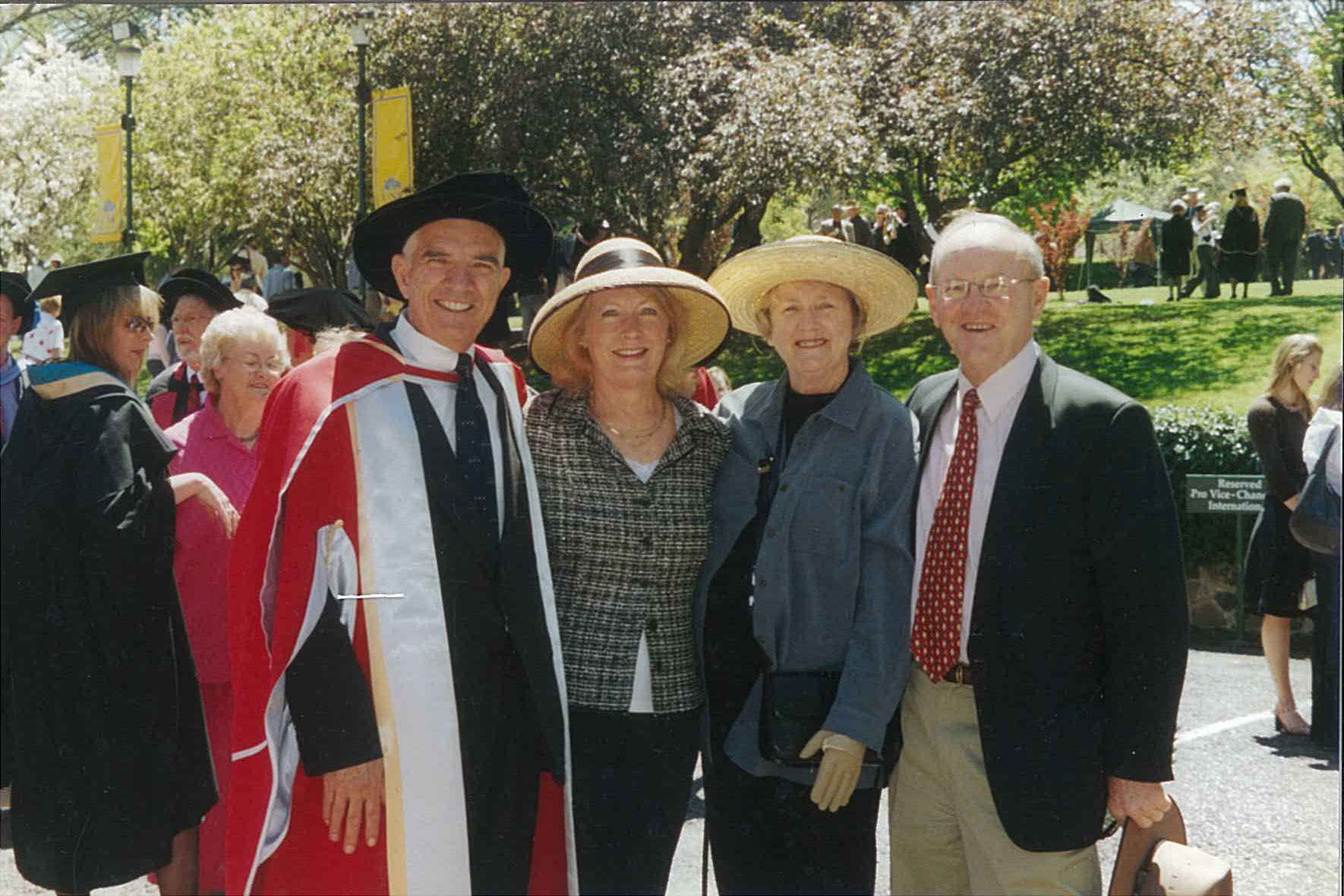 Don’s retirement in 2002 saw no slowing of his pace, as he became a consultant for various organisations, and Chairman of the Cultural Facilities Corporation of the ACT, which managed the city’s theatres, art gallery and museum, and historic houses.

From 2008 to 2011, Don was the Chair of the National Capital Authority (NCA), a role to which he brought “intellect, critical thinking and pragmatic leadership”, according to Gary Rake, former colleague and now CEO of the Australian Building Codes Board.

“Don’s humour and human connection are the standout characteristics loved and remembered by the people who worked in the NCA under his Chairmanship,” Gary says, speaking in an address at Don’s memorial at UC. “He took to the time to talk to people and to listen.”

Don was also a passionate advocate for road safety, and was appointed Chair of the NRMA–ACT Road Safety Trust in June 2001, remaining so until the Trust ceased its operations in 2017.

For a decade, he served as the Chairman of the Canberra International Music Festival.

“Dad had a strong love for culture, particularly music, as well,” says Susan. “He was his mother’s son – to celebrate the end of World War II, she helped organise a concert called Songs from Many Lands.

"And during the centenary of Canberra, he helped organise The Musical Offering – a piece of music was performed almost every day, for free, somewhere in Canberra. And if he couldn’t find anyone to perform, he would play himself – he was a very fine pianist.”

In Don’s final hours, says Susan, a harpist from the Canberra Hospital’s Therapeutic Harp Program sat by his bedside and played for him. 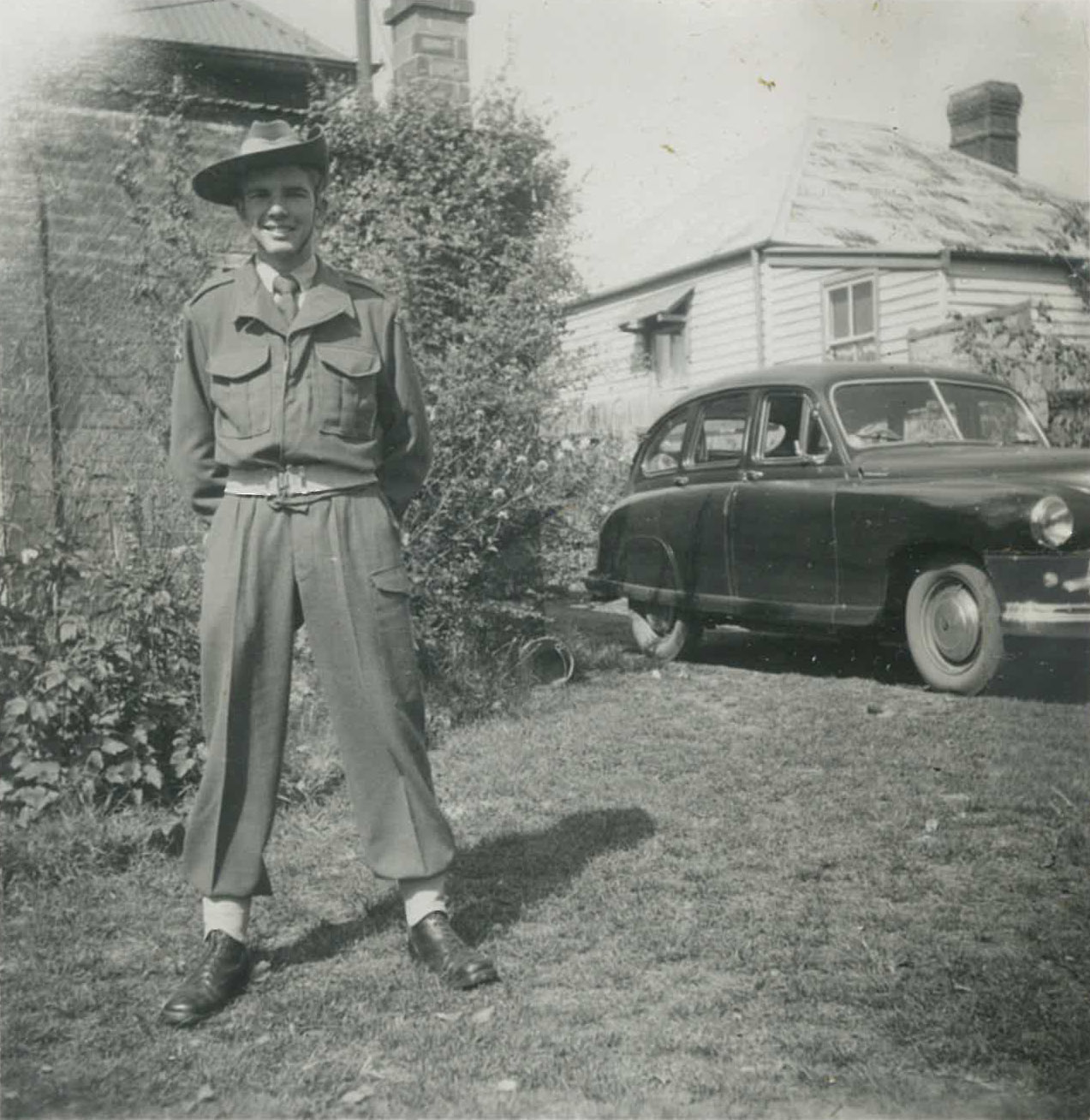 “This was perhaps because of his earlier experiences as an Army cook during his National Service,” says Susan, who remembers with fondness that she and her siblings accompanied their father on some of his restaurant reviews.

“So now you understand why dad lobbied for better food at his aged care facility, even after chemotherapy robbed him of much of its pleasure – and why he helped serve his fellow residents when the COVID-19 pandemic resulted in staff shortages.”

In the days that followed Don’s passing on 12 April of this year, tributes flowed – in the media, in memories shared and traded. The word ‘visionary’ echoed often.

It certainly reflected his leadership of a university in its infancy, as he steered and expanded it to become an integral part of the fabric of Canberra.

When he was appointed Vice-Chancellor, Don and Bev decided that they wanted to live on campus itself and oversaw the construction of Bimbimbie, the Vice-Chancellor’s residence. 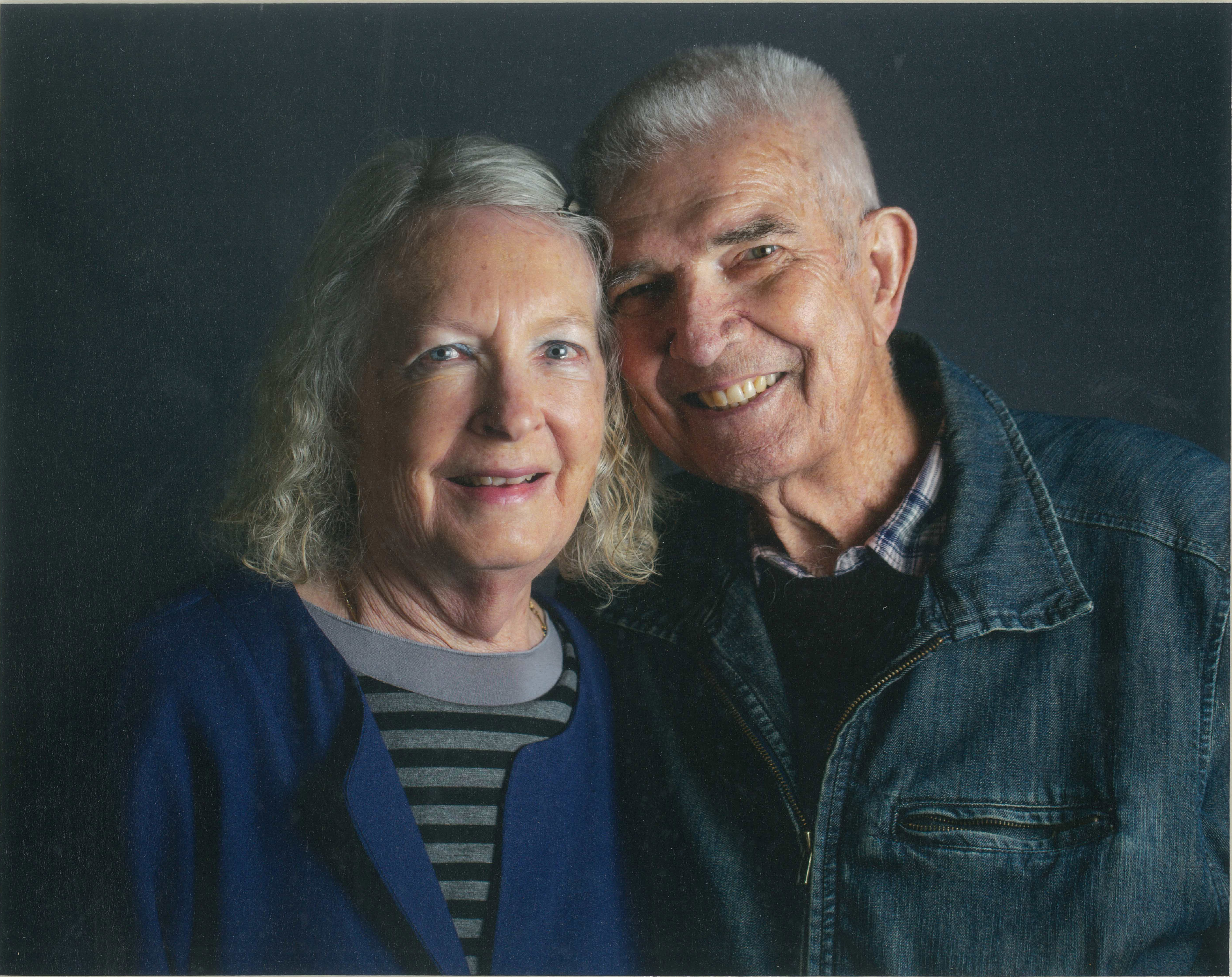 It was designed by leading Canberra designer Romaldo "Aldo" Giurgola AO, who also designed Parliament House, and Don collaborated with him in the building of Bimbimbie.

“It’s really important for a VC to live on campus, to be part of the community,” Don said, when he last came to campus in 2021. “I was myself brand-new as a VC, and so was the University – so I’d walk around campus twice a day and talk to people.”

Don and Bev also started hosting receptions and dinners at Bimbimbie, drawing on the connective power of a shared meal to bond people.

“The first group we had over for a reception was the maintenance staff – the second comprised students,” he said. “It was an important way to build relationships, and that kind of camaraderie and closeness was one way in which UC stood out.”

This approach helped set a precedent for what UC was and would become – small, close-knit, focused on, and embedded within the community.

“We also set out to “educate professionals professionally’, and that worked really well,” he said. It was all about real world practicality, which still resonates strongly within UC’s ethos today. 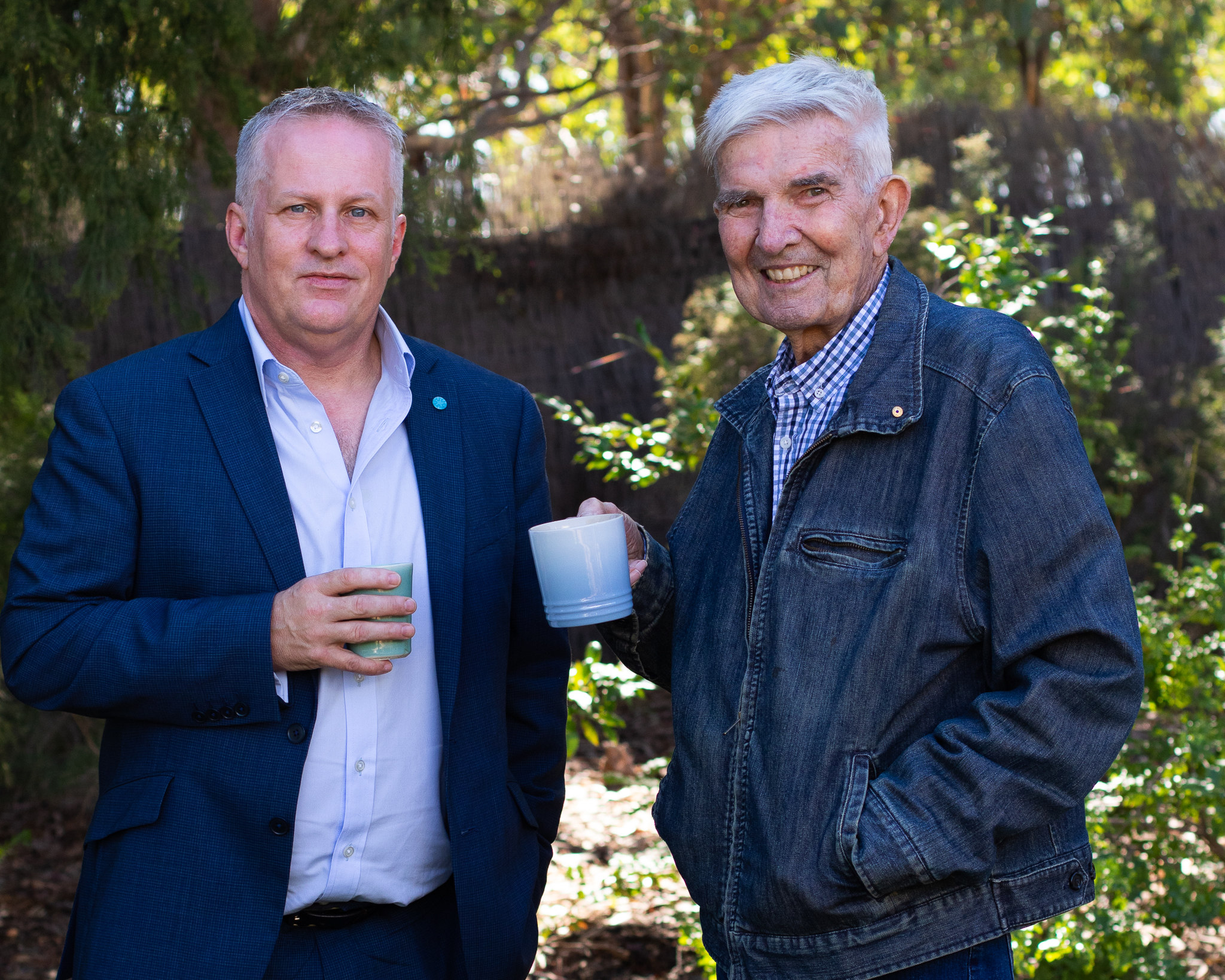 Last year, Don returned to UC to scatter his beloved Bev’s ashes at a white cedar tree on the grounds of Bimbimbie.

Don and Bev met when he was a patient on the ward run by the former nurse – “she was very beautiful, and very calm, a great leader – I have never known a hospital ward as calm as the one she ran,” he said.

“We went for lunch in June, got engaged in October … and were married by December.”

As he sat in the garden and looked out across the university buildings, those very first views of it seemed to come back to him.

“I saw wonderful possibilities for the future!” he said. “We loved living here, it was truly wonderful.”

And now, after a full life well-lived, Don is home. 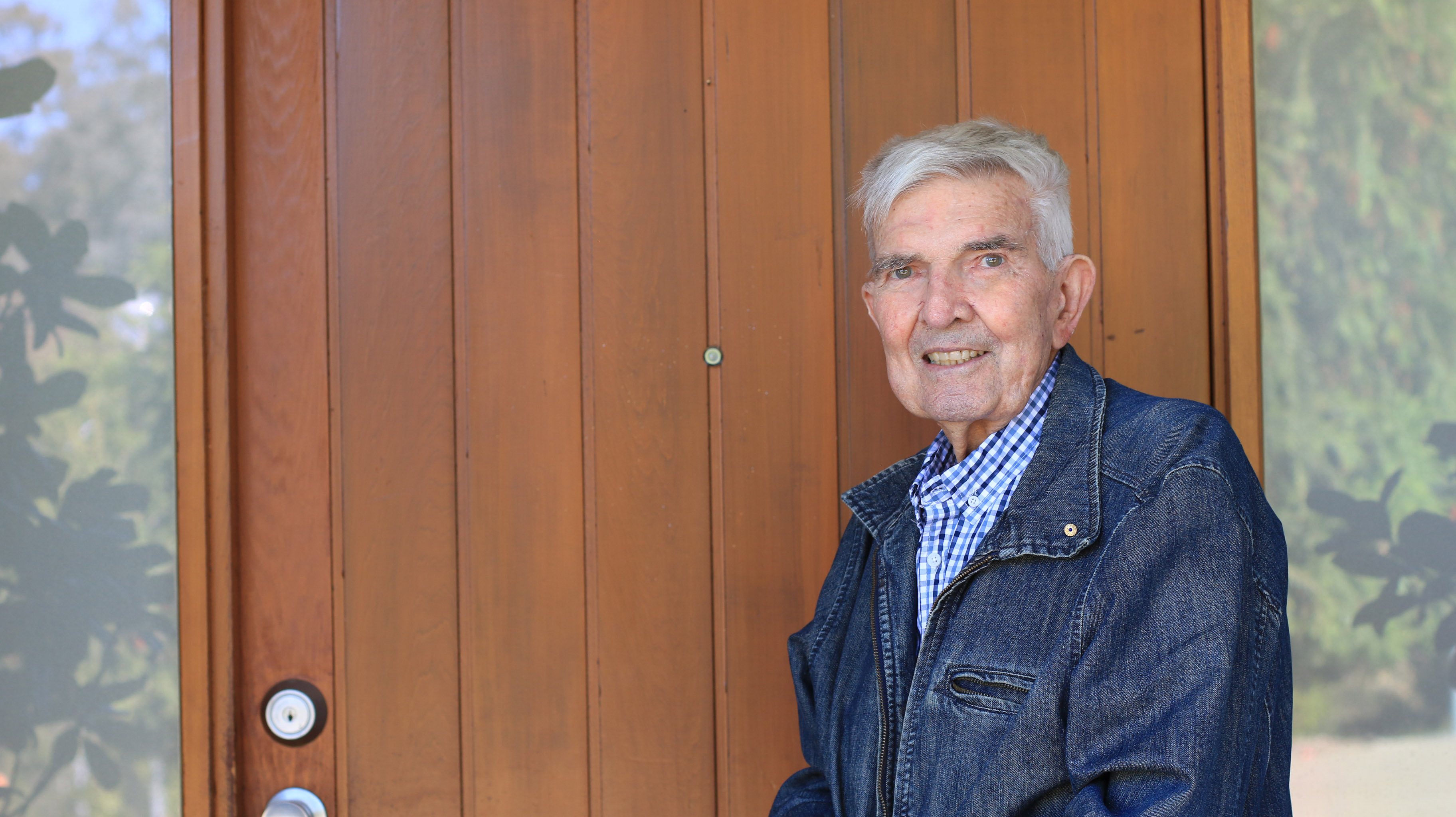 Photos: supplied and by Suzanne Lazaroo