Aboriginal and Torres Strait Islander readers are warned that photographs in this article may contain images of deceased persons which may cause sadness or distress.

Today, Kaitlan Forbes has decided to embrace her life... tomorrow, she’ll wake up and make the same decision all over again.

These choices are the milestone markers on her ever-unfolding journey of change and evolution. On this road, she’s driven by her passion for community-building.

“It is a conscious decision to live, to experience and enjoy life,” says the Indigenous Student Employment Advisor at the University of Canberra.

Kaitlan’s mother is an Arrernte woman from Haast Bluff in the Northern Territory; her father was a Narungga man from Point Pearce, South Australia. And as she journeys to get to know her culture better, she hopes to demonstrate the importance of Indigenising services and creating a safe space for UC’s Indigenous students. 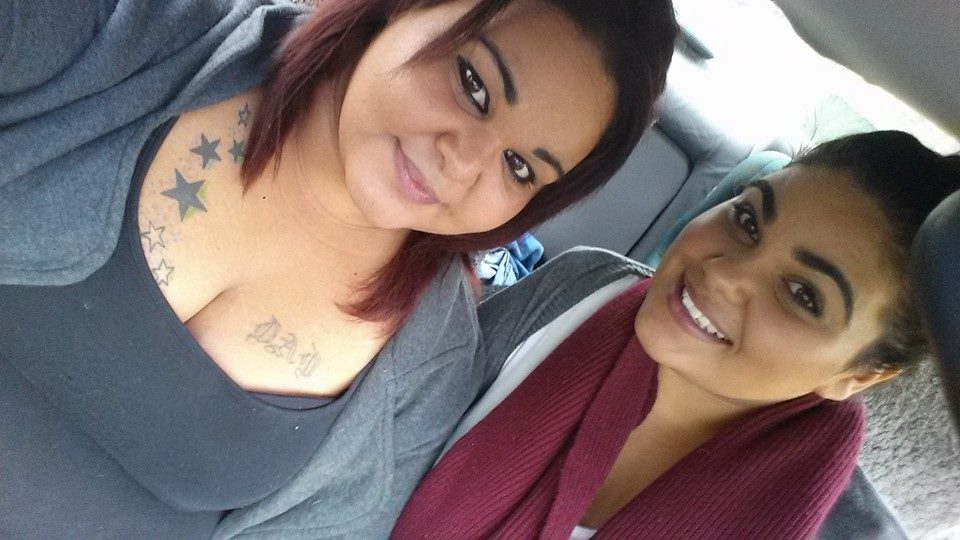 “I find so much happiness in supporting others to build themselves up, to achieve even the smallest of goals or to start over again. It is such a privilege to witness change.”

To that end, the role she has now taken on couldn’t be a more perfect fit.

In her role, Kaitlan engages with students to discuss their aspirations and career paths and support them to create an action plan to bring those paths to fruition.

“I’ll be working closely with both the Ngunnawal Centre and Student Equity and Participation to assist Indigenous students to identify and achieve their career goals and engage with their UC degree,” she says. “As well as developing important links between UC and Indigenous communities where appropriate.”

At the same time, she is reaching out to employers, sourcing and developing part-time, internship and graduate opportunities for Indigenous students.

“Once the student has undertaken employment, it will then be my responsibility to remain in communication with both that student and their employer for a period of time,” she says.

“This is to ensure that the students are settling in well, they are receiving the right income and hours, training and support is made available, employer feedback is received and discussed and just overseeing overall employee/employer satisfaction.” 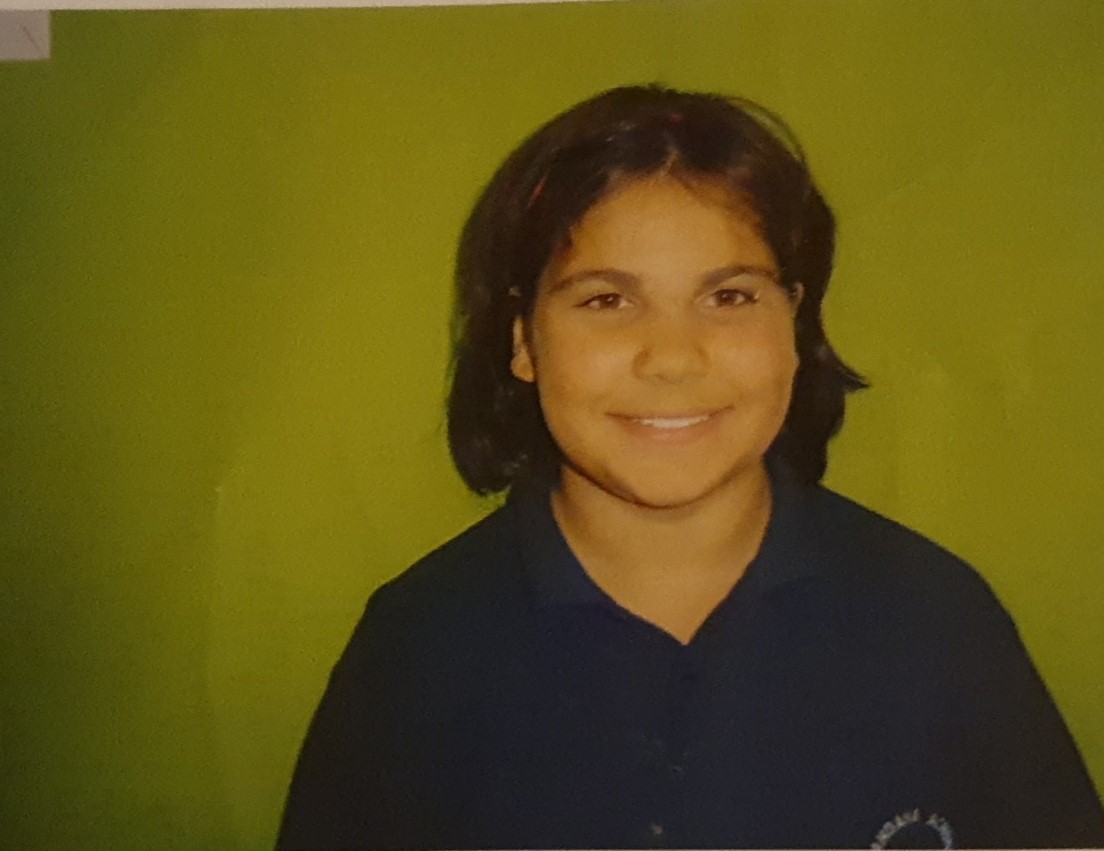 Never in her wildest dreams did Kaitlan think she would find herself in a role like this.

“As a teenager I struggled,” she says candidly. “I had no sense of identity or culture. I was – and to an extent, still am – confused about who I am and where I belong.

“Rebellion and drugs formed my culture then. The skate park was my go-to hang out, and the trashed homes of unsavoury people my safe haven.

“Home” is Canberra, where Kaitlan was born – Adelaide is where she grew up. The end of a previous relationship saw her coming over for what she intended to be a two-week holiday, and the rest is history.

“Two months into being here, I secured an administration assistance traineeship with a Job Active Provider,” Kaitlan says.

That’s where she learned the ins and outs of employment services, and after just eight months, was promoted to the role of Employment Consultant.

She stepped into her role at UC two weeks before the COVID-19 lockdown, when most teams shifted to working from home. It was another challenge – but she’s faced challenges before, and Kaitlan was determined that it would not be a barrier to her work.

“Growing up, I didn’t get to experience the traditional family home,” she says. “My father passed away due to health conditions when I was young, and my mother is a drifter with itchy feet.”

Raised in foster care by an aunty and uncle until she was 14, Kaitlan grew up separated from most of her siblings, except her sister.

“I can’t complain though, I was always surrounded by cousins, nieces, nephews and extended family,” she says.

While she once considered her childhood home to be a loving, nurturing one, she has since recognised that there was also isolation, exclusion and loneliness there.

“I was fed, clothed and bathed but also made to feel excluded, inadequate and I had a lot of self-doubt,” she says. “Imagine watching your cousins have birthday celebrations, getting presents at Christmas or Easter, having friends over or going out – but you weren’t allowed any of that.

“Imagine not being included in family portraits, being told your cousins are better than you, being told you are not going to be anything because of who you are and where you came from.” 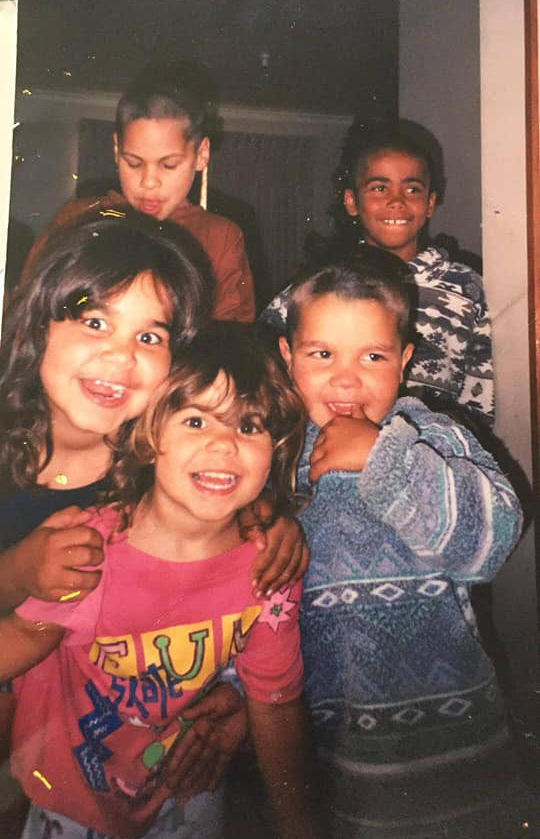 Kaitlan feels though, that all the experiences in her life have led her to where she is now. She is grateful to have the insight and opportunity to change lives for the better – especially for young people who have been where she has been.

“I have experienced both sides of the fence and I understand the struggle,” she says. “So many of us get stuck in a rut, with no will to change or improve our quality of life because that is how we were raised.”

Determined to stick to the grind when things get tough, Kaitlan’s resolve has pulled her out of a life in which she says she was just “drifting”.

“Here I am,” says Kaitlan, living proof of where grit can take you.

“I get to witness and experience the progression of black excellence – and I am so proud!”

For University of Canberra Educational Designer Marina Martiniello, the life lessons she’s picked up as an Aboriginal woman are ones that she wants to pass on to her daughter.