Netflix’s adaptation of Heartstopper has been confirmed for two more seasons and we – queer people – are thrilled about it.

Originally a webcomic written and illustrated by Alice Oseman, the Netflix series currently has a critic rating of 100 per cent on Rotten Tomatoes.

We follow a group of queer British teens as they learn to navigate life, love, and friendship. The romance between two of these teens – Nick and Charlie – is the driving force behind the series. But where the Netflix series deviates from the original webcomic is in its wider focus on each supporting character. Tao, Elle, Darcy, Tara and Isaac (I’m sensing an aro-ace storyline for Season Two!) all feel like meaningful characters in the story.

As someone who works in a bookstore, I witness the latest bookish trends come and go all the time. When Netflix’s adaptation of Heartstopper hit our computer screens, I watched as what felt like hundreds of queer people ran into the store to buy the books. I haven’t gone a day since its release without either a) breaking someone’s heart and telling them we are sold out, or b) squealing that yes! We finally have more stock, right this way!

As a queer person, each time I see a queer teen with a Pride pin on their school bag bumble into the store, their eyes darting around until they spot the Heartstopper displays, my heart leaps.

Sometimes they’re shy and nervous, other times they run in and slam their books down on the counter with glee. I vividly remember one girl who gasped and turned to me to say, “There’s so many!” and I saw my own bewildered joy mirrored in her eyes. 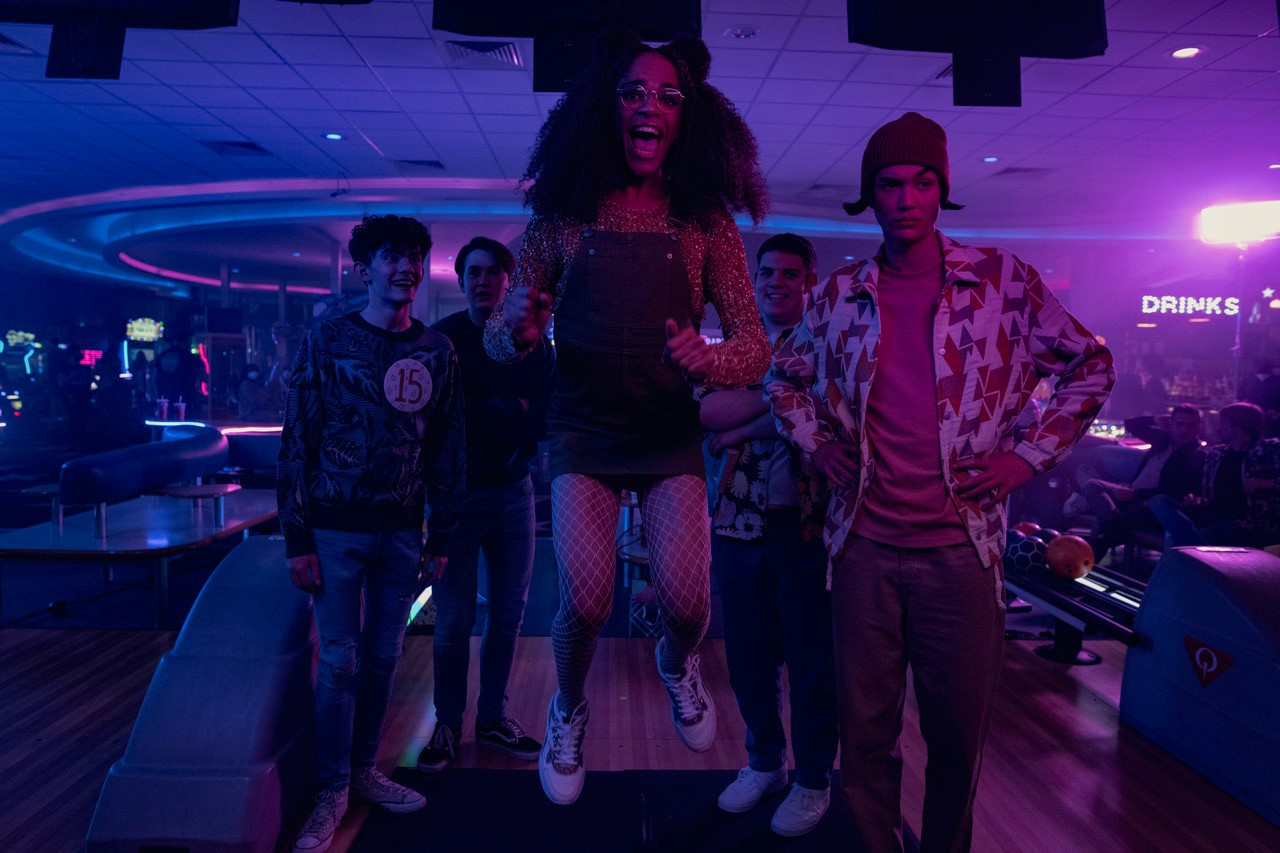 So, what is it about Heartstopper that means so much to us as queer viewers?

We aren’t used to seeing coming-of-age narratives that feature a spectrum of queer identities and experiences. We are not used to seeing queer characters survive for the duration of a show – but we are very familiar with seeing queer pain and trauma play out on screen.

Even on TV shows like Glee, which featured some queer characters, those characters came of age through a very particular linear ‘coming out’ narrative that suggests identity “can be revealed in a single moment of truth”.

Journalist Gary Nunn recently wrote an article along this theme; he speaks of the “ambiguous grief” queer people may feel while watching Heartstopper.

When I approached him for further thoughts, he reflected that “we wish this had been our story, and we never envisaged a day someone would tell it”.

Gary went on to tell me that it “stings” to realise that we, as queer people, have been taught not to “..expect […] a happy ending” for ourselves. This struck a chord with me.

We are shaped by the media we consume, and the coming-of-age narratives that raised me also told me that my queerness is deviant and must be dismissed.

I did not go into Heartstopper with the trepidation or fear that part of me does not belong.

When I talk with my queer friends about Heartstopper, we always come back to the same two words when we attempt to describe it: “safe” and “warm.”

The over-representation of coming out narratives in popular media has been repeatedly interrogated by queer academics, and rightly so. However, Rowan Ellis, a queer author and public speaker, has said that the unapologetic sentimentality and fantasy of Heartstopper gives viewers “a sense of permission to romanticise a queer childhood”.

I connect so deeply with this show and the webcomic because I don’t have to translate a heteronormative coming-of-age narrative to fit my own experiences. My ability to relate to and escape into media has always been dependent on my ability to suppress my identity.

I am a white, cis-gender, able-bodied woman, so I imagine that I do not feel this as intensely as queer people of colour, trans folk and disabled people do. It’s not that I cannot relate to the straight characters on screen. But my queerness is the part of myself that I chipped away so I could enjoy movies or TV shows that simply did not acknowledge queerness, or handled it poorly. 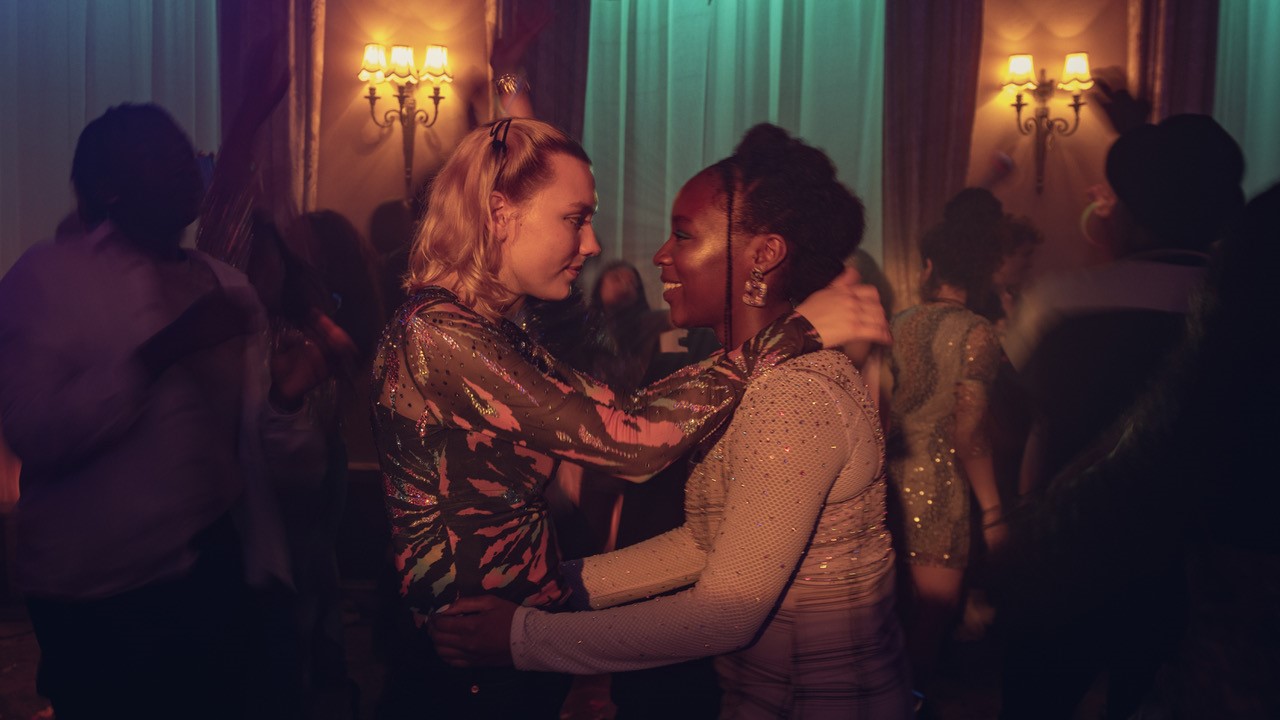 In Episode Three of Heartstopper, Nick sees Darcy and Tara kiss at a birthday party. The music swells, rainbow lighting strobes, and confetti rains down. Each time my friend Erin and I watch this scene, we tell ourselves that, “This time, this time, we will not cry.” But we always do.

It feels almost indulgent, after seeing such limited positive sapphic representation, to have two girls kissing on screen in a moment of undeniable joy. The sentimental awe that spreads across Nick’s face in this moment, the over-the-top imagery, Darcy and Tara’s grins, all harmonise in such a way that celebrates queerness.

At the beginning of this same episode, Nick is sitting alone in his room and staring at the results of the ‘Am I Gay?’ quiz he just took on his laptop. We all take different quizzes, we all get different results and respond uniquely to those results. But any queer person with Internet access would likely tell you they felt that moment deep in their blood and marrow. To see this moment represented in a coming-of-age narrative was validating, even though it’s been many years since I took one of those quizzes.

The catharsis of seeing Nick’s journey over the course of the show isn’t as escapist as the party scene, but it’s equally valuable.

Rowan Ellis, again, says, “We have this great sense that coming out doesn’t have to be this definitive one time certainty.”

In a coming-of-age narrative, it is crucial that queer kids understand that their queerness does not have to be finite or fixed.

Each time I rewatch Heartstopper, I feel like I come of age again and again. I learn from Nick, Charlie and their friends, the varied ways I can take up space as a queer person, the ways I can inhabit my queer body.

Something as simple as seeing a group of young queer teens eat lunch together at school changed how I perceived my queerness. It simply ‘is’.

That we also have a host of other queer characters with their own backstories and relationships to one another is probably my favourite thing about the show. Seeing a piece of media affirm that queerness is not a monolith – that there are many identities and ways to be queer – was cathartic for me.

Heartstopper is not the be-all and end-all of queer teen media; it feels like a new beginning.

It does not claim to encompass every queer experience and every queer identity. But this coming-of-age story has given me more hope for the future of queer teen television than I ever thought possible.

This article was first published on BroadAgenda on 9 June 2022. Photos: Netflix.

Words by Jesse Blakers. Jesse is a Global Studies student at the University of Canberra and budding academic, with a current focus on queer representation in media. She's currently interning at BroadAgenda.