For University of Canberra Professor Peter Radoll, NAIDOC Week represents a chance to celebrate the success of Aboriginal and Torres Strait Islander peoples.

If ever there was a story that reflects the success of Aboriginal people when given an opportunity, Peter Radoll’s journey after leaving school at 15 years of age, to emerge as one of Australia’s leading Indigenous academics, is compelling.

Professor Radoll, the Dean of Aboriginal and Torres Strait Islander Leadership and Strategy at the University of Canberra, started his working life in Tamworth as an apprentice motor mechanic. He eventually finished his apprenticeship interspersed with phases of working on an assembly line constructing concrete pipes.

Peter spent more than 11 years as a motor mechanic before being motivated by two Aboriginal people who proved to be among the most influential in his life: Uncle Ray Hurst and Aunty Pat Davis-Hurst (deceased).

He says he identified closely with his Indigenous heritage growing up and was heavily involved in community programs, including his role as treasurer of the Gillawarra Aboriginal Media Service in Taree and as an announcer on the community radio station’s Koori Hour.

It was through a combination of his community work and his relationship with Aunty Pat and Uncle Ray that he ended up being accepted into the Australian National University (ANU). He was set to gain a Bachelor degree of Computer Science.

Peter says he believed he had no chance of securing a place in a university under the National Indigenous Cadetship Scheme as he regarded himself as a motor mechanic, but Aunty Pat and Uncle Ray had other ideas. They believed in Peter’s ability and submitted his application.

He lasted just one semester at the ANU before starting a Bachelor degree of Information Technology (IT) at the University of Canberra. Consequently, he graduated with a Bachelor degree of Information Technology with a major in Political Science; a far cry from his days as a motor mechanic, but reflective of his ability to make the most of his opportunities. 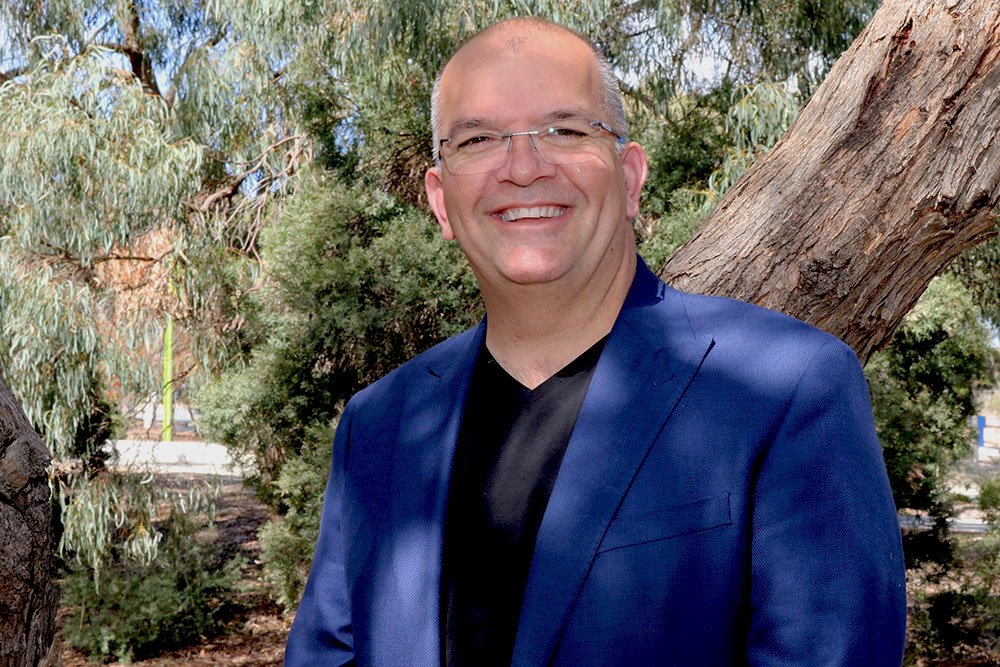 Since then, he has completed a Master of Information Technology at UC, a PhD, and fulfilled a number of roles at three universities; as an Associate Lecturer in Information Systems in the College of Business and Economics and the director of Tjabal Centre at the ANU, as the Dean of Aboriginal and Torres Strait Islander Education and Research at the University of Newcastle and as Dean of Aboriginal and Torres Strait Islander Leadership and Strategy at UC.

In 2016 he returned to UC for the third time and is now recognised as one of the leading voices in calling for political recognition of the Uluru Statement. The Statement entails reforms representing the unified position of First Nations People of Australia.

“I was a member of the 13th gathering of the Uluru Statement as part of the community consultation process. A lot of people talk about disunity within the Indigenous community, but this Statement represented our unity. I think it is a symbol of pride and hope for every Australian.”

To have the statement rejected by politicians, before it had even reached parliament was a bitter blow, but Peter is forever the optimist; “I remain hopeful that an Indigenous voice in parliament will rise above and elevate us all. There will be no reconciled Australia without Voice, Treaty and Truth.”

These are effectively the three key elements to the reforms outlined in the Uluru Statement. Professor Radoll says Indigenous people need an active, heard voice on policy. They need a treaty, but he concedes this could be up to the states and territories to determine.

Regardless of who commits politically to this determination, Peter is passionate about people knowing the truth about our Australian past.

What gives him hope is the next generation of Indigenous people coming through the University of Canberra as reflected in the NAIDOC Awards night. Peter says, “I am very proud of the role UC plays in the cultural fabric of the Indigenous community in Canberra. You don’t realise the impact you have until former students and their parents thank you, for the role you have played in their lives. I’ve noticed that often universities step in to fill the empty void, left by politicians’ rhetoric.”

By his own admission, Peter’s own journey from an Indigenous working class upbringing, to University Dean, has heavily influenced the role he plays today in seeking to promote the achievements of the Indigenous community and people.

It is why he says NAIDOC Week is a celebration and inspires his optimism for the future, a future in which engaged Indigenous Australians will have a political voice.

Staring adversity in the eye

Despite many challenges and adversity, University of Canberra student Astrid Watts has made some tremendous achievements.

Do we dare to dream?