Following the most recent release of the Digital News Report: Australia 2019, Dr Caroline Fisher, Assistant Professor of Journalism at the News & Media Research Centre, University of Canberra, highlights possible opportunities for the news media if innovative strategic approaches are adopted.

The Digital News Report reveals how our news consumption compares to other countries and how it has changed.

“Australian news consumers access news less often and have a lower interest in it compared to citizens in many other countries,” said Caroline. “At the same time, Australians are more likely to think that the news media are doing a good job keeping them up to date and explaining what’s happening.”

The opportunity lies in how the media responds, adapts and adjusts to this changing dynamic and the approach it takes to reach a younger demographic.

Today’s fast-paced online society means that there is an important need to safeguard trust in the source of the news. Equally important is the need to educate younger generations to seek information from reliable sources. 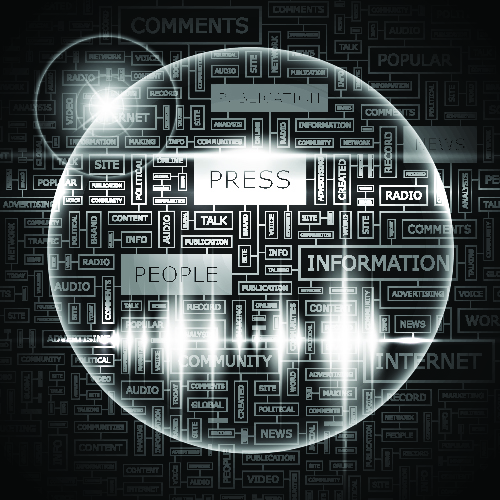 According to the Report, perceptions of news performance are strongly influenced by age and gender. Younger news consumers are the least likely to feel the news is relevant to them, particularly Gen Z* women.

“This points to opportunities for more content that speaks to this age group,” said Caroline.

“Women and Gen Z have lower interest in news, but they are also more likely to get their news from social media than men, and those from older generations. Whereas, men and older generations are better conditioned to engage with politics and news via traditional channels.”

Not only are the news media facing challenges in relation to trust and relevance, the report also shows that only 45% of Australians feel the news media are successfully holding the powerful to account.

While politics is a key indicator in determining the consumption of news, the Report suggests that media should be looking at reporting stories that are relevant and appropriate to their audiences.

Without relevance, there is no context to engage with an audience, and no desire for an audience to engage in the news.

Traditional media channels have been integrating digital platforms into their news mix for several years, but with the continuous evolution of technology there is an ongoing need for innovative approaches to attract a varied audience. While older generations still rely more heavily on traditional forms of print and broadcast news, it is equally important to develop different approaches to engage younger audiences.

Already, journalists are doing more work in a shorter time because of instant online reporting, 24-hour news networks and fewer resources. They are doing more with less, making it essential to focus on the more meaningful issues and looking beyond the obvious news angle.

“It is about finding the balance between financial stability and the relevance, tone and accuracy of the news and how it is shared,” said Caroline.

“In order to engage with those who have either become bored with the news or are simply disinterested because they already engage with so much digital and social media, we have to cut through the clutter.”

About the Digital News Report

Now in its fifth year, the Digital News Report: Australia 2019 is part of a 38-country survey coordinated by the Reuters Institute for the Study of Journalism at the University of Oxford.

In comparison to those from other countries, Australian news consumers are the “lightest” news consumers, out of all 38 countries; use fewer sources to access news; are less interested in news and politics; are more likely to subscribe to Netflix than news; and are less likely to check the accuracy of a story.

* Generation Z is the first cohort to have Internet technology readily available at a young age. With the web revolution that occurred throughout the 1990s, they have been exposed to an unprecedented amount of technology in their upbringing. Source: Wikipedia