Growing up on Sydney’s northern beaches, Dr Stephanie Owen Reeder saw stories everywhere – the wild sea winds blew them to her, the child to whom books were everything.

“I was a mad reader,” she says. “Birthdays were about books. If I did well in school, I got a book. They meant the world to me.”

Wanting to give as good as she got, she wrote and illustrated her own book of poems at the advanced age of seven.

“The poems were all about my pets, a dachshund and a cat named Sweetie Pie,” she says.

Always fascinated by the symbiotic interplay of language and illustrations, and how they worked together to build whole worlds, the little poet grew up to be one of Canberra’s most prolific authors, illustrators and editors.

One of her latest books is Story Time Stars: Favourite Characters from Australian Picture Books, a celebration of beloved Australian children’s literature, featuring 60 characters and spanning a century. 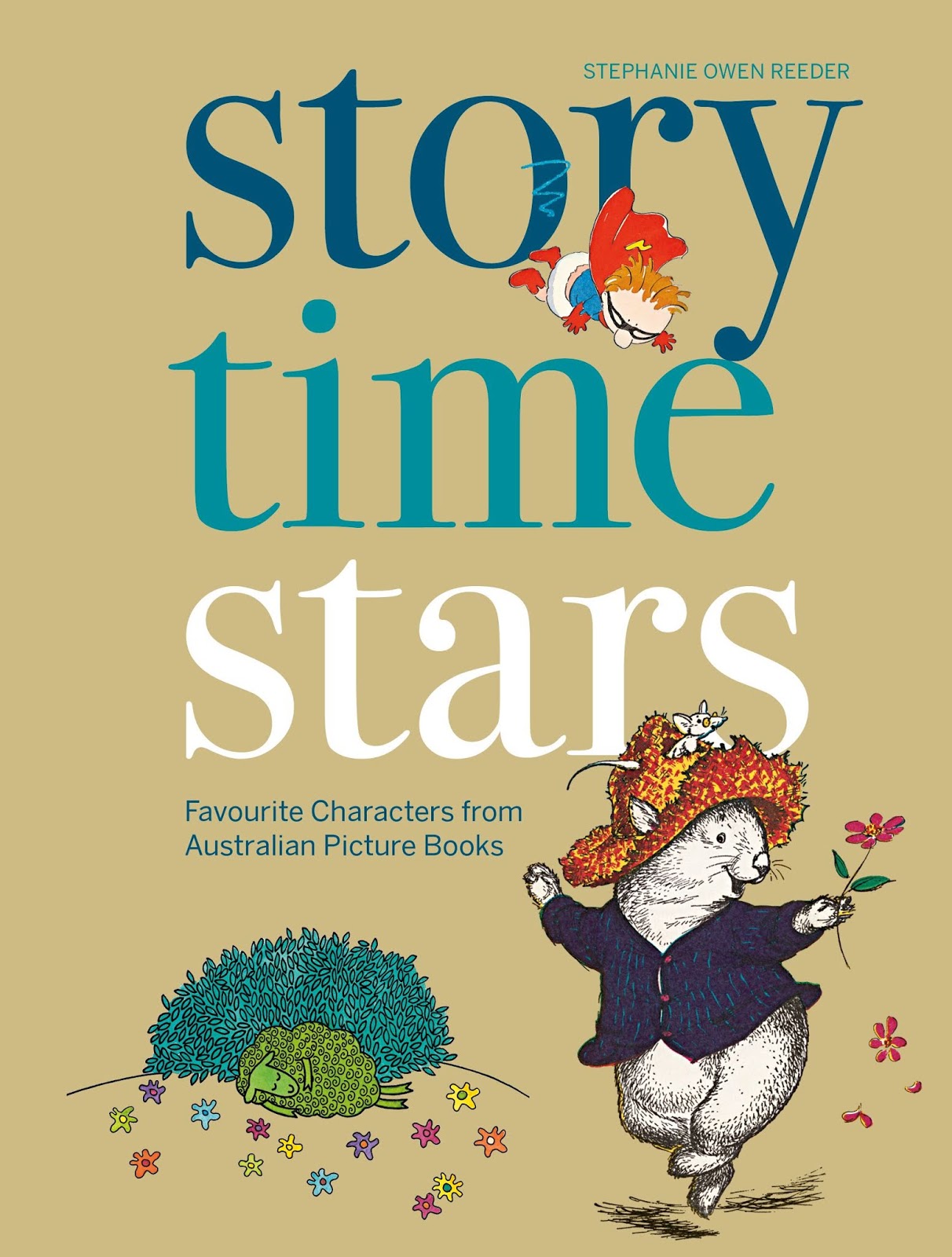 Commissioned as a companion book to the National Library of Australia’s (NLA) Story Time: Australian Children’s Literature exhibition, Story Time Stars draws on history, another of the loves of Stephanie’s life (art and her three grandchildren round up the list).

Many of them are from Stephanie’s own extensive picture book collection, which she began building in the 70s – today, it numbers in the region of 4,000 books.

“I chose the characters with input from UC’s Emeritus Professor Dr Belle Alderman AM, head of the National Centre for Australian Children's Literature, and Dr Grace Blakeley-Carroll, the curator of the NLA exhibition,” Stephanie says. “We wanted to feature the characters which people would most have a connection with.” 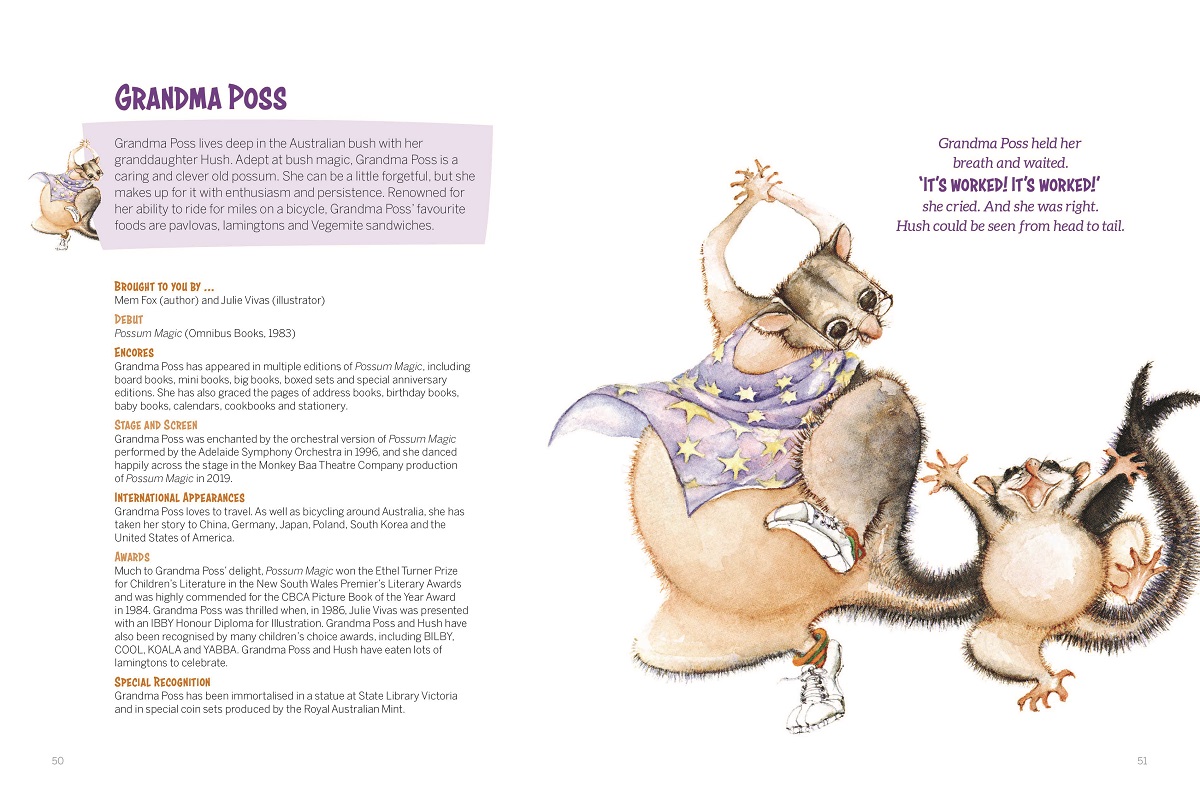 Both the book and the exhibition provide a fascinating journey along the timeline of Australian children’s book history.

“Picture storybooks like May Gibbs’ Snugglepot and Cuddlepie, first published in 1918, have more text than modern-day picture books,” says Stephanie.

“It was in the 60s and 70s that illustrations started to carry the story more. The 70s and 80s saw a rise of picture books with a distinctly Australian feel and flavour, populated by possums and wombats. Landscapes got lighter and brighter, celebrating that famous Australian light.

“Today, the scene has expanded to include more international appeal, but it still has an element of that cheeky, fair dinkum aspect that is just so Australian.”

Her latest picture book is Trouble in the Surf, which tells the story of nine-year-old budding aviator Charles Kingford Smith and his cousin Rupert Swallow, caught in a riptide at Bondi Beach in 1907. Their story still resonates today, not just because of how it could have potentially changed national aviation history, but because it birthed the volunteer lifesaving movement in the country. 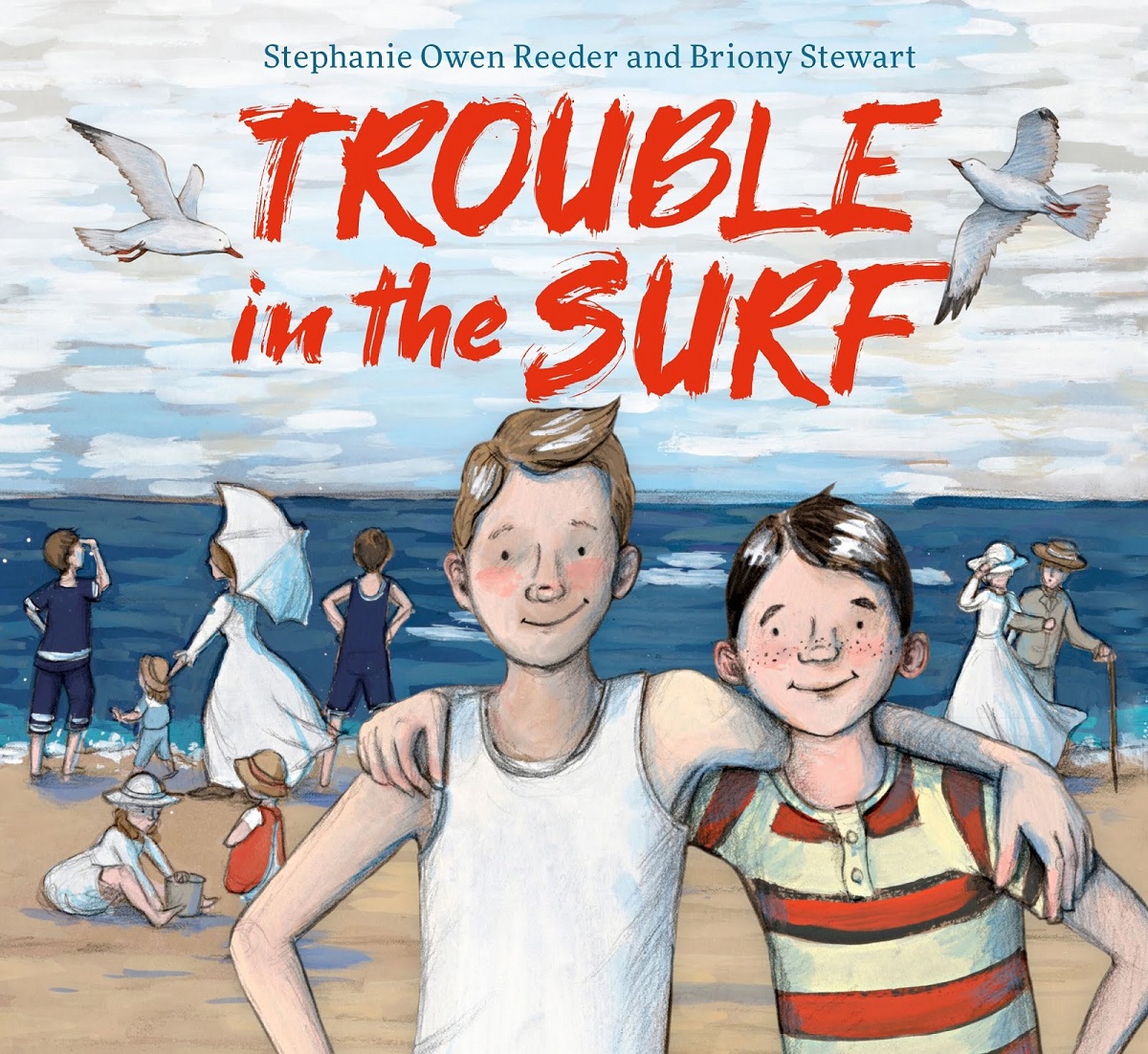 Stephanie’s award-winning Heritage Heroes series also looks to history for contemporary inspiration. For these tales of remarkable derring-do performed by children, she fossicks in the bedrock of Australian history for gems to help a contemporary generation wonder and wander.

The third title in the series, Lennie the Legend: Solo to Sydney by Pony, has been optioned for both film and theatre. It’s the story of nine-year-old Lennie Gwyther, who in 1932 travelled nearly 1,000km on his horse Ginger Mick, from Leongatha, Victoria to Sydney, to see the opening of the iconic Sydney Harbour Bridge.

“He rode through bushfire and floods, and met the Prime Minister in Canberra. By the time he got to Sydney, he was a celebrity himself – it’s a remarkable story of resilience and determination, and it shows how different childhood was back then. We‘ve had 12 film companies interested in optioning the rights,” Stephanie says. 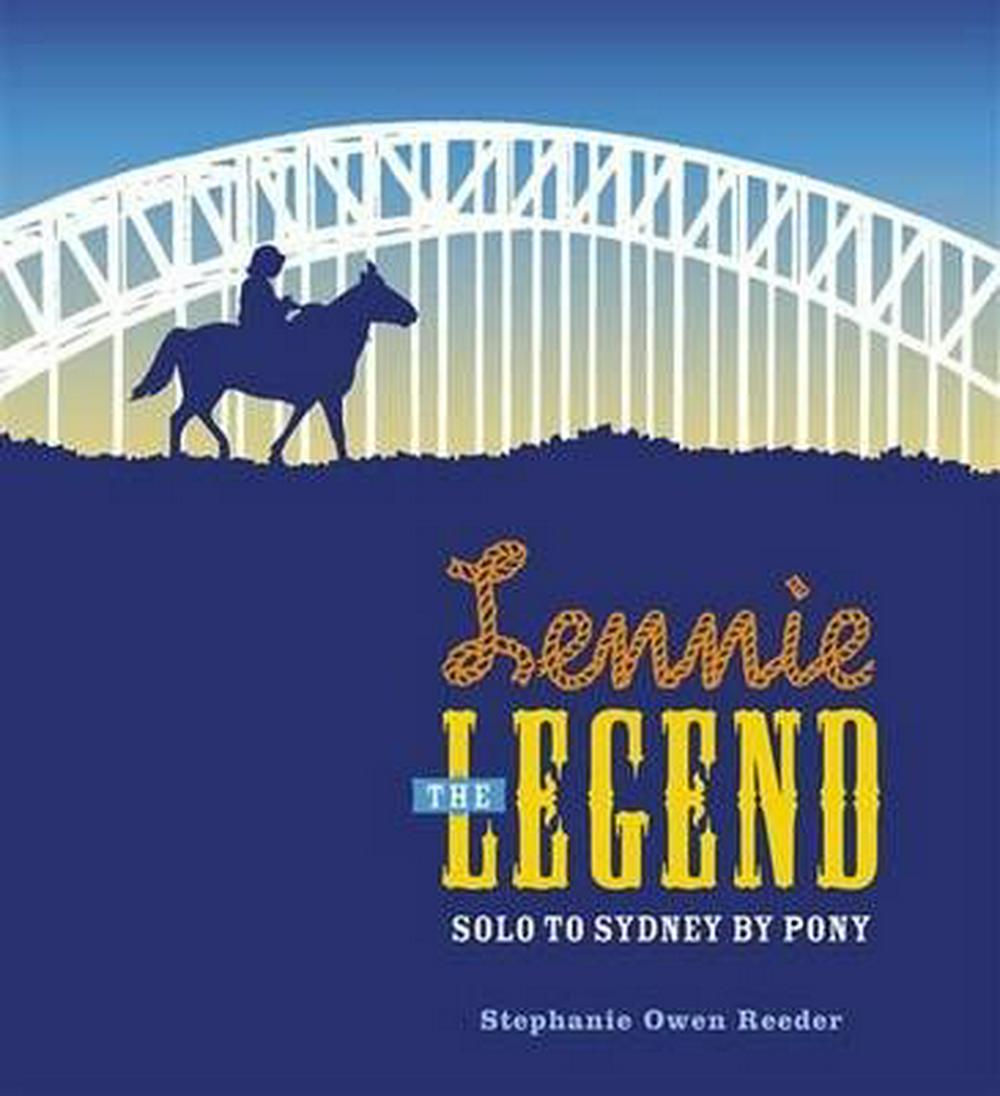 Her very first book had its roots in Stephanie’s Graduate Diploma in Librarianship, which she pursued at the Canberra College of Advanced Education (CCAE), precursor to the University of Canberra.

Published by Random House and illustrated by Indonesian artist Dadang Christanto, The Flaming Witch drew on the Javanese/Balinese myth of Rangda, a powerful demon queen. It was originally written and illustrated as an assignment for her Graduate Diploma course.

“I had studied Indonesian culture at Sydney University, and was fascinated by the kind of visual-story interplay you find in their traditional narrative art forms, like the wayang kulit, or puppet shadow plays,” Stephanie says.

She followed a Master of Education with a PhD in Communication, both at the University of Canberra; Stephanie’s doctorate research focused on the intricacies of how illustrations and text work together, building on her childhood fascination.

“It’s a case of two language systems interacting and meshing to create something new,” Stephanie says.

“When I write, I automatically see the story unfold visually, how the illustrations will work with the text. It then adds another dimension altogether to work with a different illustrator – the results are often quite unexpected, and the right illustrator can take a work to a whole other level.”

Picture books are the hardest ones to create, she says, and people who dismiss them as easy to do are simply missing the point.

“You write picture books not just for the children they are read to, but for the adults who will do the reading,” she says.

“The best ones work on a multitude of levels – like Jenny Wagner’s John Brown, Rose and the Midnight Cat – is it just about a jealous dog, or is it also about accepting the death of a loved one?”

“Writing for a picture book is like writing really good poetry, where every word counts, and you have to capture a whole back story in just a few of them. You also have to take into account how it’s going to work with every turn of the page, that the words are placed just right.” 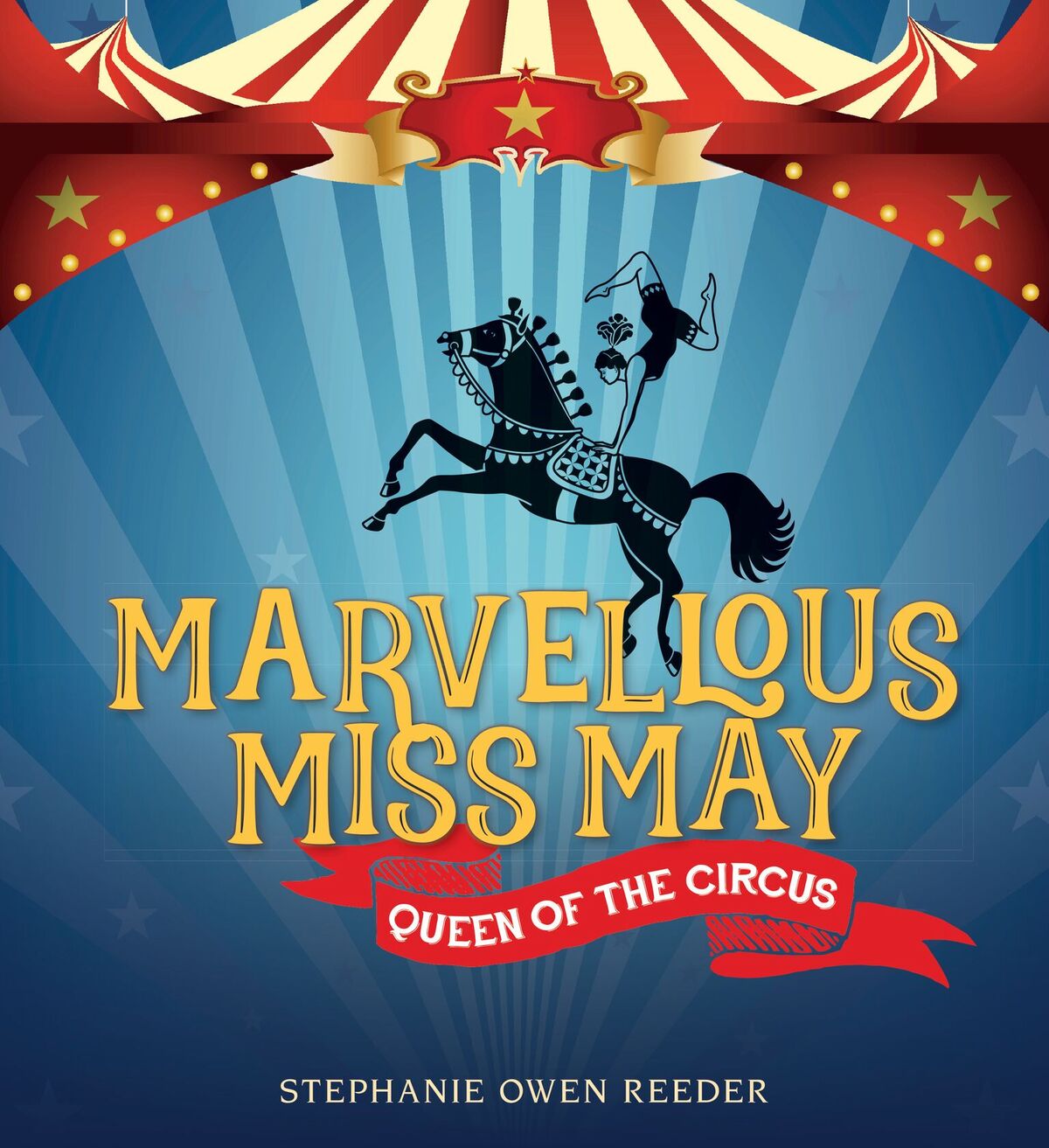 But then, Stephanie has never been one for taking things easy.

“I started my Masters course while I had three kids under three,” she remembers, with some wonder.

A secondary school teacher in Sydney, Stephanie became a librarian at the National Library of Australia once she moved to Canberra, and then went on to work as a Hansard Editor at Parliament for 25 years.

Whether it was writing or teaching children to write, lecturing on the subject at UC and the Australian Catholic University, book editing for the NLA, or the review work she still does for The Canberra Times today – there was never any question that her world would be papered, perfumed with ink and paint.

While she may not be a teacher anymore, she has never left teaching behind.

“I want my books to inspire children, to make them realise that people are the same, regardless of the era in which they lived,” she says.

“I think it is a wonderful thing to teach children to write, as well as read – history is a good place to draw on – it helps to retell a story, so that they can focus on the writing process.”

“Most importantly, reading and writing about the past helps them to understand how other people think, and inspires respect and empathy – things that are greatly needed in the world today.

It’s a secret all book-lovers – the writers, the readers, the dreamers – understand. Ink and paper are so much more – portals into other people’s stories, lanterns shone on your own.

The tales blown on sea breezes and over forests, down the corridors of history, are keys to becoming (better) humans.

Check out Story Time: Australian Children’s Literature, an Aladdin’s cave of Australian children’s literature, artworks and ephemera at the National Library of Australia until 9 February 2020, and look out for two new books from Stephanie next year –  Will the Wonderkid: Treasure Hunter of the Australian Outback, the fifth book in the Heritage Heroes series, and the new official Heritage Heroes edition of Lennie the Legend.