When she looks upwards and outwards, aiming her camera at the Milky Way, Megan Watson sees a million points of light – and just as many stories.

And as many as the stars in the heavens, so too the stories of the people on the ground.

The desire to bring each of those stories to life has driven the University of Canberra alumna on her path as an artist and photographer.

“The real stories that life throws up are just so fascinating,” Megan says, explaining her attraction to fact rather than fiction.

She’s never felt the need to exert control over them – she’s interested in a craft that allows an audience to add their own layers of meaning. 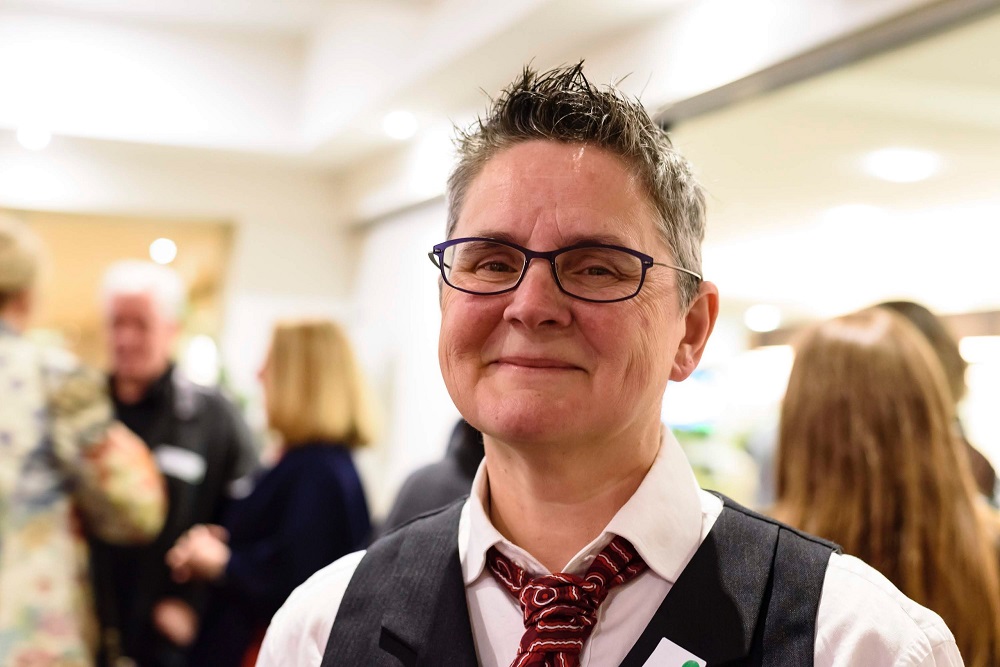 As a kid growing up in Wellington, New Zealand, Megan’s interest in photography was piqued by her father, a passionate photographer himself.

“I was fascinated by his old Super 8 camera, and would fiddle around with it, changing the aperture and watching things move inside it,” she says. “I’ve taken photos ever since I was a teenager – and I still have some of those old Super 8s.

“What makes a good photo? It could be something that has a slightly different viewpoint, a dramatic scene that might be hard to get to, or that moment in time when all these things have aligned and you have managed to capture that – above all, it’s engaging.

“It’s also about lending your own perspective to it. I like to go: ‘Ok, this is what I’m seeing, but also here is how I’m translating it for others’.” 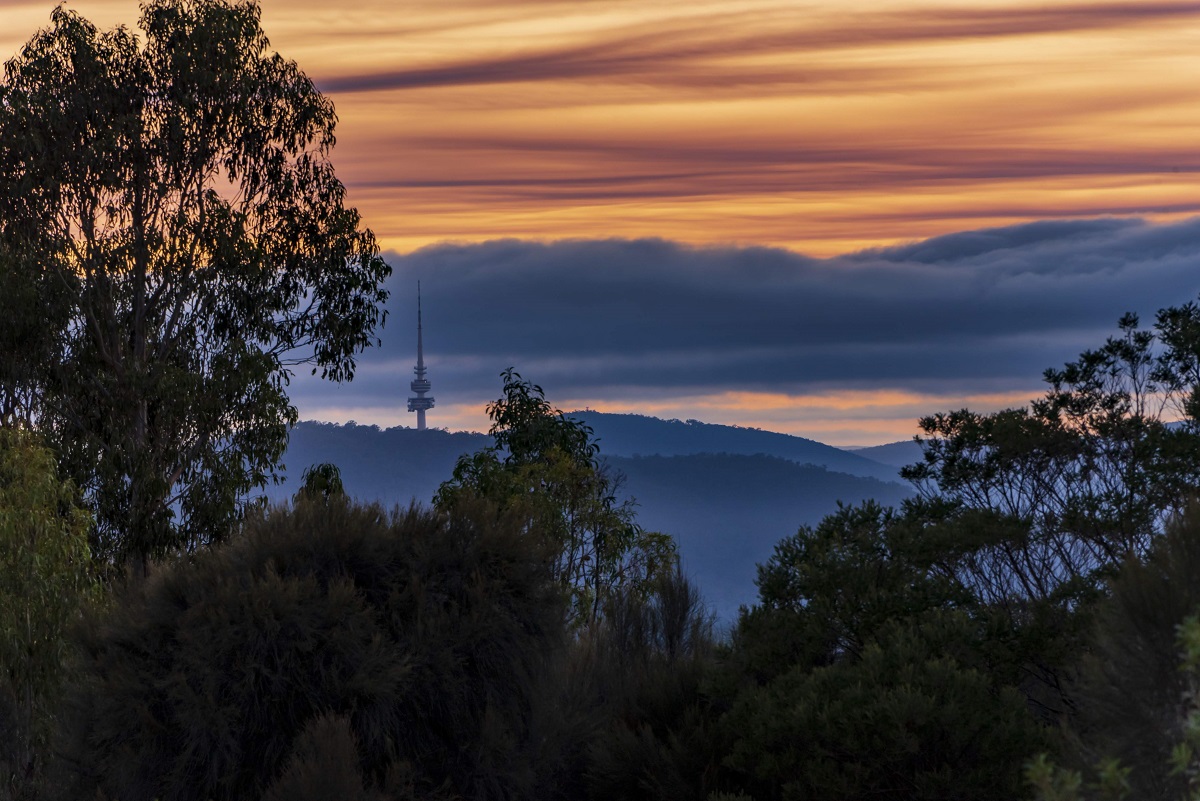 Megan carried her fascination with photography across the Tasman Sea, when she moved to Sydney in 1987.

She moved to Canberra in 1996 to study surveying and spatial information. In 2009, Megan decided to expand her creative side with a Bachelor of Media Arts and Production (Communication and Media Studies) degree at UC.

“I was working full-time, studying part-time – and loving every minute of it,” she says. “Particularly the hands-on work – I think I wrote one essay while I was there, and the rest of the time it was all about creating artworks in response.”

Megan’s time at UC cemented her deep interest in documentaries.

“I’ve always had a long-standing love of documentaries, crafting stories that were factual but could be told in a creative way. There are so many great stories about people with crazy, amazing lives and huge challenges – and these stories help us understand the human condition,” she says.

This love for bringing real stories to life saw Megan spend three weeks in the heart of Namadgi National Park this year, as one of the five 2019 Craft ACT artists-in-residence, creating art to celebrate the 1969 moon landing – or, as long-term residency partner and ranger Brett McNamara describes them, “creative responses [which] form a contemporary narrative underscoring a human achievement of epic proportions”.

Terra Celestial was the first of Craft ACT’s exhibitions to go online, as the COVID-19 pandemic necessitated the closure of public spaces and cultural institutions for months. 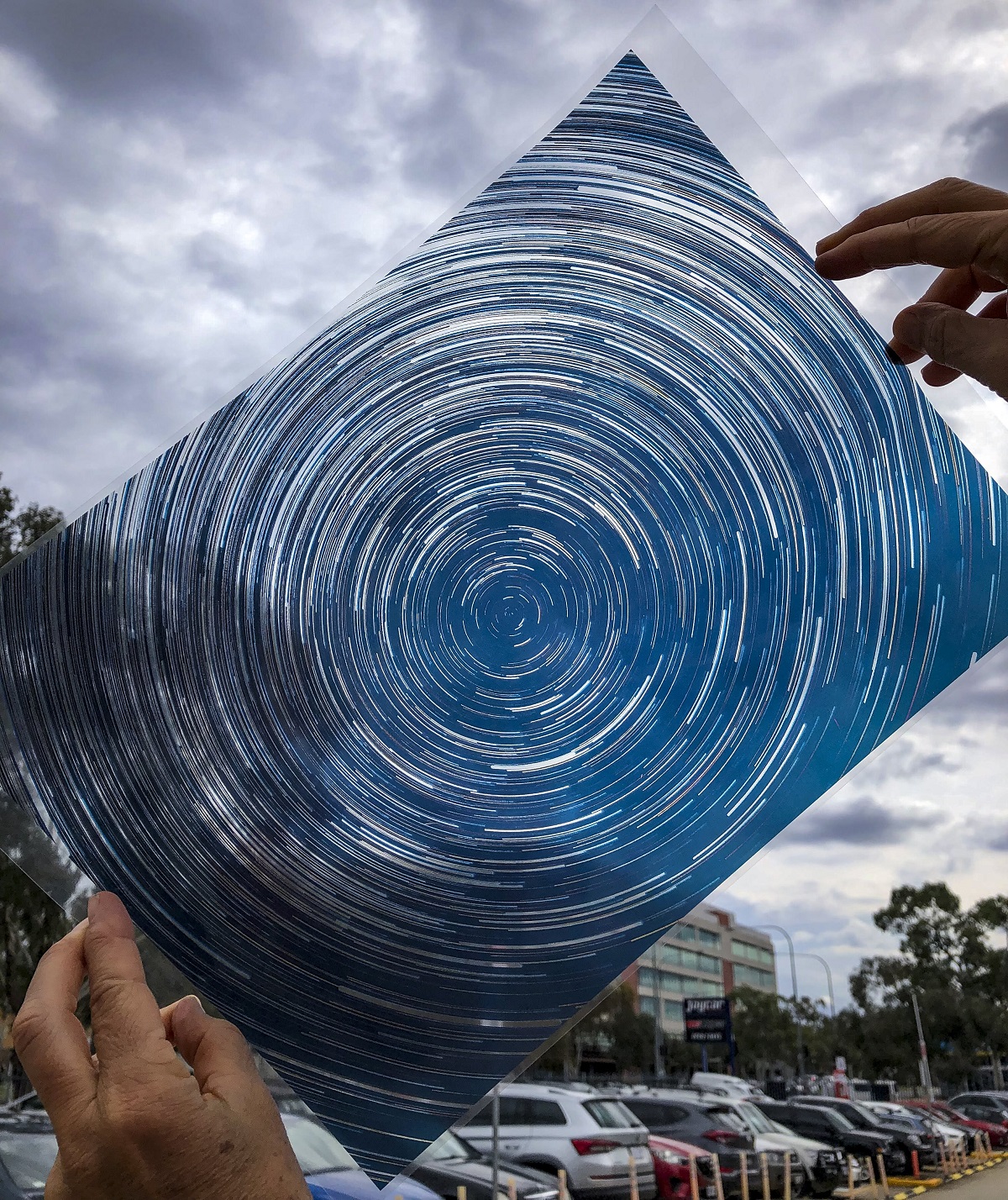 “Although Craft ACT's gallery is closed for now to help slow the rate of infections, we continue to energetically and creatively support our community of artists, designers and contemporary craftspeople, and so refocused our work to digitally connect Australia’s high-quality studio practice to the world,” says Rachael Coghlan, CEO and Artistic Director of Craft ACT.

The residency, a partnership between Craft ACT and ACT Parks since 2006, is an opportunity for artists to reflect both on their own practice and the extraordinary environment of Namadgi National Park.

For anyone captured by the stories of the moon landing, Namadgi holds special significance. When the Apollo missions were envisioned, it became the site of one of the tracking stations established in support – Honeysuckle Creek, which joined Fresnadillas in Spain and Goldstone in California.

When the Eagle made its lunar landing, it was Honeysuckle Creek that delivered the clearest video feed of the pivotal giant step, so 600 million people from around the world could watch.

For Megan, and friend and fellow artist Michelle Hallinan, the residency also provided a good opportunity to combine their techniques.

“Michelle specialises in etching, and I had been bitten by the astrophotography bug a couple of years ago, after photographing the Aurora Australis in Tasmania,” Megan says. “I love standing out in the middle of a field on a freezing cold night, taking photos of nightscapes. I think it’s just because the night sky is so impressive – that beautiful core of the Milky Way!

“In astrophotography, you find an echo of the unknown – it sparks our connection to space and our place in the universe.”

Megan and Michelle spent the residency at Gudgenby Ready-Cut Cottage in Namadgi National Park, as well as doing research at Mount Stromlo Observatory.

They decided that their creations would reflect three layers – the ground (terra), human translation and data interpretation, and space – celestial, infinite and not fully known.

“Most of our created objects have those three layers of meaning, with a particular layer taking precedence in certain works,” Megan says.

These include lightboxes – a nostalgic nod to the 1960s, when slide shows were a popular way to capture memorable events – incorporating elements like GPS data from their walks, Neil Armstrong’s heartbeat as he took the first ever step on the moon, and a composite time-lapse star trail image, among others. 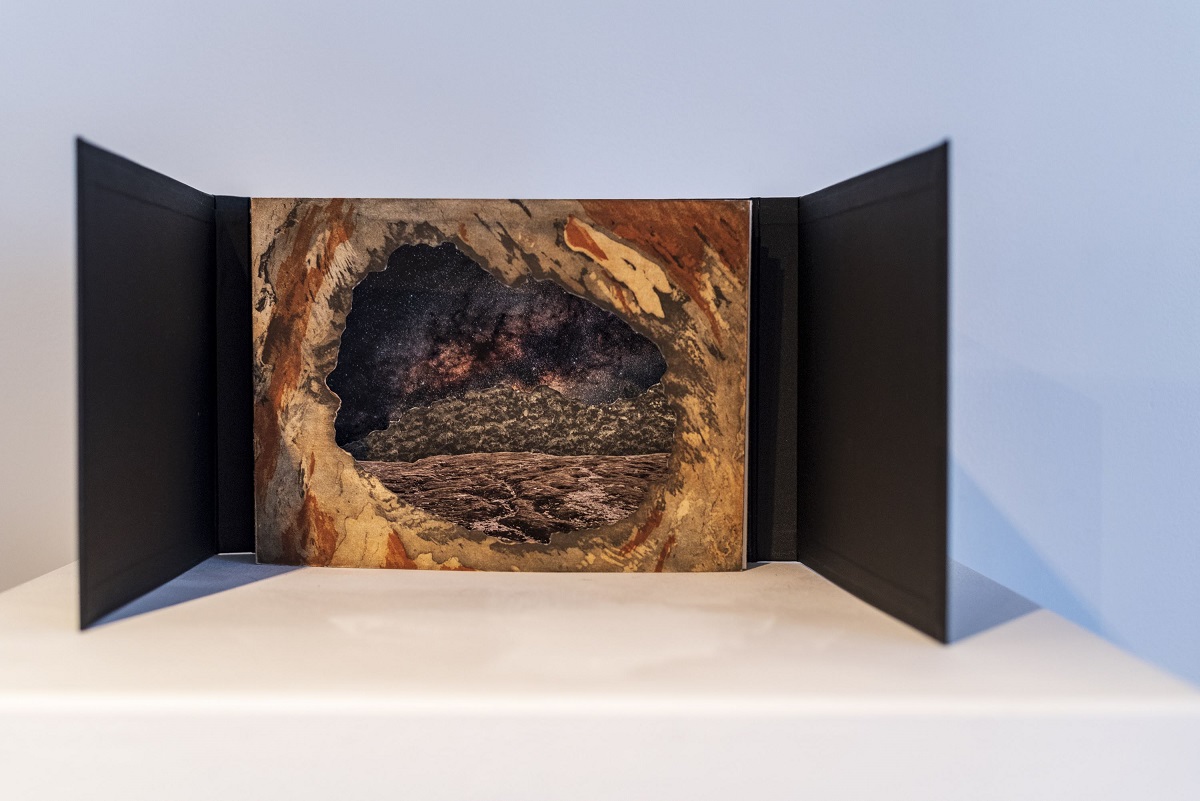 “I took about 6,000 photos, everything from time lapses to natural formations to various textures and the remnants of the Honeysuckle Creek tracking station building,” Megan says.

“It was all about filtering what we were trying to capture through our own perspectives, and while we had some ideas about what we wanted to do, we were very open to inspiration – which is plentiful out there, under dark skies.

And of imagining new ones, that may start on the ground, but find their limits in the stars.

Want to submit an expression of interest for the 2021 Craft ACT Artist-in-residence program, or find out more? Click here. Applications close on 14 June 2020.