When Todd Nelson graduated with a Bachelor of Business (Entrepreneurship and Innovation) this week, he used his return to Canberra to reflect on the times he thought he might never complete it.

Currently living in Cessnock, NSW, Todd is a Dhungutti man who, since finishing his degree, has thrived both personally and professionally. He’s a first-time Dad, credits his partner as his biggest support, and is continuing to pursue his interest in business and entrepreneurship.

So where did his passion for innovation come from? Todd admits he was inspired by the best-selling personal finance book Rich Dad, Poor Dad, which he read at 19 years old.

“The book sparked my interest in business and finance, and it describes three pillars for success: education, experience, and excess cash,” Todd says.

“The thing I was missing was education – which was what pushed me to come to UC.” 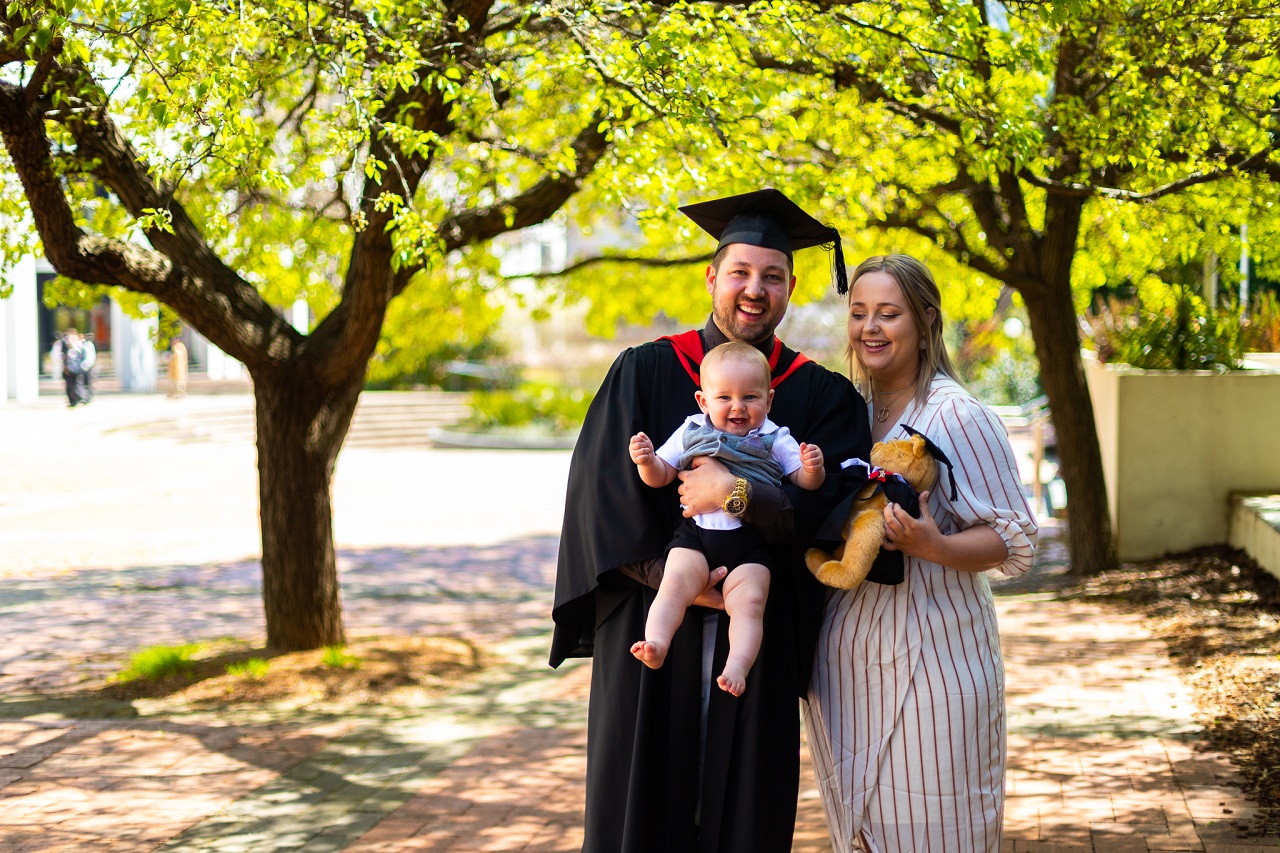 There were times during his studies however, when Todd wasn’t sure he would be able to complete his degree.

After experiencing a deeply traumatic incident partway through his time at university, he says that he leaned heavily on the support services at UC.

“When I started at UC, I was really engaged and involved in everything I could be,” Todd says.

“I joined Facebook groups to connect with other students, became a part of clubs and societies, and was living on campus.”

Todd’s desire to be so involved in campus life stemmed from his childhood: he grew up in housing commission residences and often struggled to find a place to call home.

Following the traumatic incident, Todd made the decision to move away from campus – but his support systems remained.

“I was really heavily engaged with UC’s Medical and Counselling Team, the Ngunnawal Centre, and InclusionUC,” he says.

“I had regular contact with some senior staff, who helped me come up with a plan for moving forward, and also received some scholarship assistance and tutoring.

“I engaged with all the support systems I could, and I know I’ve benefited from that support – I’m now graduating and have started a job in the public service.”

That job is with the Department of Prime Minister and Cabinet – within the National Indigenous Australians Agency (NIAA) in Newcastle.

“I’m working on the agency’s overarching goal, which is just improving the lives of all First Nations people,” Todd says.

While Todd never thought he’d work as a public servant – he had his eyes set on small business – an internship opportunity with the NSW Government during his time at UC showed him just how much of an impact he could make in the public sector.

“I thought it was a fantastic experience – I really enjoyed it. The salaries were competitive and the environment was supportive,” Todd says.

His current role is also playing a big part in helping Todd rediscover and reconnect with his Indigenous heritage.

Todd says he has a lot of fond memories of going to corroborees as a child, attending local Aboriginal Land Council meetings, and participating in a range of artifact discovery activities and community-led projects.

“Moving into my current role with the NIAA, I’m becoming a lot more culturally capable – I’m learning a lot about the history, and timeline of our people, and a lot more about the process around having a strong connection to Country,” he says. 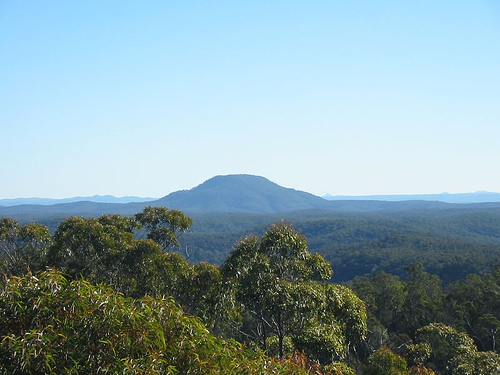 “I’m also learning about different areas that are culturally significant. I recently discovered a mountain range around us has a mountain called Mt Yengo.

“According to Aboriginal spirituality, Mt Yengo is the place from which Baiame, a creational ancestral hero, jumped back up to the spirit world after he had created all of the mountains, lakes, rivers, and caves in the area.

“Baiame flattened the top of Mt Yengo when he jumped skyward, and the flat top is still visible today. The site is culturally significant to all 300 Aboriginal nations.”

Opening himself up to relearn about his ancestry has been a difficult but healing experience for Todd. He is – as he describes himself – a ‘white’ Indigenous Australian.

“My skin colour doesn’t portray that sense of Indigeneity that was once there, and so that can sometimes mean that I can get excluded,” he says.

“So I’ve seen both sides of the coin. I’m proud of being an Indigenous man, and learning about my culture, but I’ve also experienced what it means to be someone who is on the outskirts of that.”

Through his work, Todd is also implementing several strategies and culturally safe practices into his day-to-day.

“I’m implementing a lot of those foundational ideas into my everyday life like caring for place, and all things in your place,” he says.

“I don’t think I’ll ever stop learning about it.”

Expanding his culture is just one half of Todd’s growth and healing journey. The other, his young son and partner Rebecca.

“My son was born not long before my final semester of uni started, so I’ve been navigating being a new father to a newborn, as well as completing my studies, my internship, and overcoming my mental health challenges,” he says.

“So to get through those four years and come out the other side – I’m very proud.”

Words by Elly Mackay, photos by Tyler Cherry and Flickr.

Dr Paul Perkins’ PhD has added research depth to his already illustrious career in sport, and is determined to use his modified form of boxing to build and strengthen the ties that bind.