Former Boxing Australia national coach and participation manager Paul Perkins is used to punching above his weight – and empowering others to do the same.

Fresh from receiving his PhD from the University of Canberra, he’s already turning his cheerful determination and positive drive towards plans for further developing sports design as a means of community-building, basing this on a modified, safer version of boxing.

Growing up, boxing was a way of life for Paul.

“My father was a boxer, and I started boxing in the 70s, when it was very much about displays of aggression and showmanship – that combination of grace and force,” he said.

“Being good at it was something that elevated you in the community, and it gave me the opportunity to represent my town, to travel.”

As he grew in seniority on the circuit, Paul found himself looking after the younger boxers now entering the ring; a career in coaching was the next natural step, and he soon found himself working out of the Australian Institute of Sport (AIS).

Coach education is also very much at the forefront of Paul’s vocation. “Being a true coach is about developing people as people, not just as athletes,” he said.

As a coach, Paul wanted to celebrate and promote the sport he loved, while protecting participants. Traditional boxing is risky business.

“There’s not enough research and education around the risks of boxing. Rules like fighting without head guards or longer rounds – which increase exposure to possible trauma – are a real step backwards,” said Paul.

“So I started to consider the sport from the health and safety perspective, and then from a moral and ethical point of view.”

He was intrigued by Box Tag, a no-risk form of modified boxing developed by former AIS Chief Scientist and UC Adjunct Professor Allan Hahn OAM and researchers at the University of Canberra’s Research Institute for Sport and Exercise (UCRISE).

“The road to this PhD has been one of those wonderful journeys in which I got to experience every emotion!” said Paul. “And it’s thanks to this great man, Allan, who has had such unwavering faith in me – even though there were some days I didn’t know if I was going to get to walk across that stage. 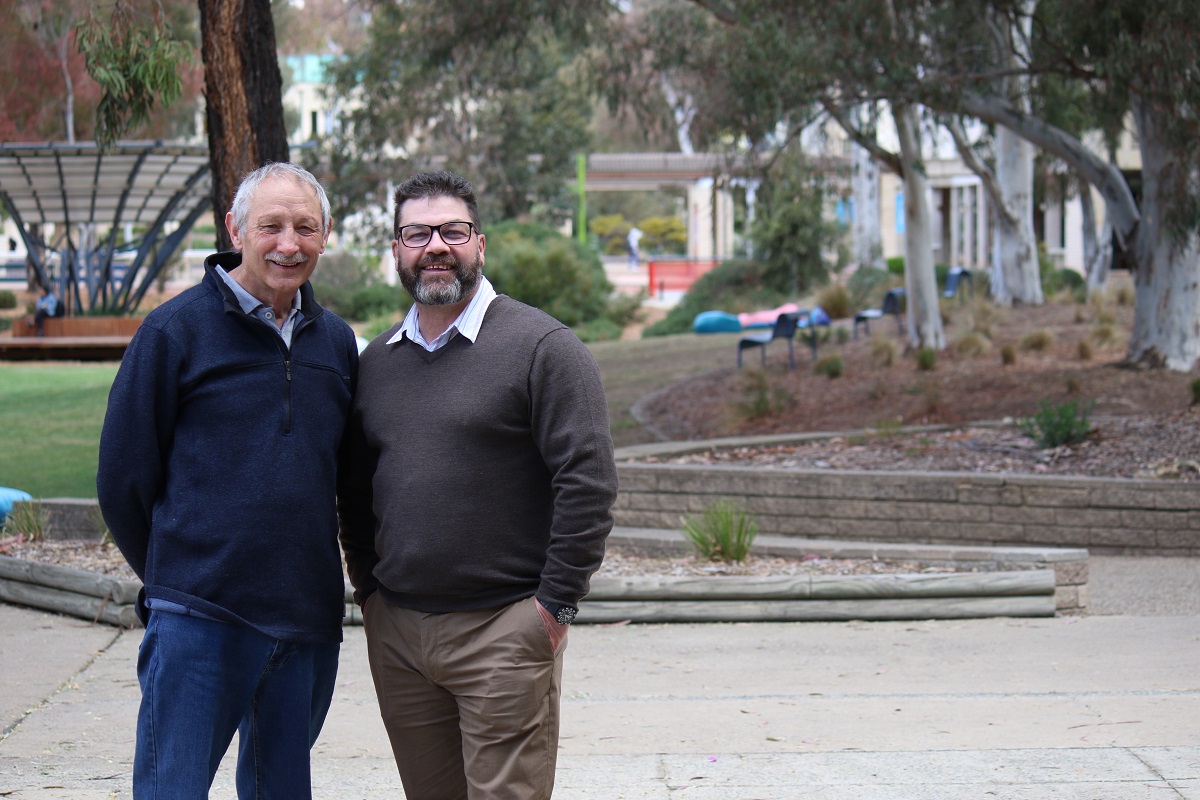 “I was very grateful for the opportunity to pursue my PhD at UC based on my experience. It allowed me to take an active research and design methodology approach to what I wanted to do.”

Working with Allan and the UCRISE researchers, Paul built on Box Tag to come up with Modbox, which shares many of the same basic rules.

Egalitarian rather than elite, Modbox is a modified, low-impact – and therefore safer – version of the sport.

Like the original sport, it develops skill and speed – but contrastingly, seeds inclusiveness and development rather than competition or aggression.

It may not be the conventional view, Paul believes the very best coaches should be placed at the community level, to increase engagement.

“The first thing to do to make boxing safer was to eliminate the head and neck as targets!” Paul said.

“Modboxing is about strategic striking to score, rather than an outright hit. We also looked at using specially-designed impact-absorbing gloves, designed by UC alumnus Geordie Ferguson.”

Response from the local community was exceptionally positive and within six months, the program had 110 participants.

“The main thing about Modbox is that throughout the development process, we have been guided by participants,” he said. This has been key to the community development and engagement aspects of Modboxing, as well as generating incredible retention rates.

“Participants feel like they have a real say, and that helps them to take ownership – it’s never ‘the program’ to them, it’s always ‘our program’,” Paul said.

“Especially in underprivileged communities, this sense of autonomy and ownership contributes to increased confidence and self-worth.”

Paul has seen how Modbox has ramped up participants’ fitness levels – but that’s nothing compared to how their confidence, determination and leadership skills have streaked skywards.

He’s had the opportunity to see his vision realised in both a local community setting, and across oceans, with Modbox programs implemented in the northern Indian state of Uttarakhand, where he trained instructors and set up the program in schools and a rehabilitation clinic.

Modbox is run as a 10-week term, with a competition and performance staged as a finale.

“Our Indian partners took Modbox’s performance aspect and turned it into a Bollywood-style performance,” said Paul. “It was amazing, full of colour and dancing – and illustrates the collaborative possibilities of the program.”

Allan says that in addition to being the brains and the brawn behind Modbox, Paul has also been its heart.

“Paul has been an amazing role model throughout,” Alan said. “While the program in Uttarakhand officially finished in 2016, the relationships that were built are very much alive and ongoing.”

Modbox is transferable across sports platforms and communities, says Paul, and he would really like to use it in a sustainable community-building program for two groups close to his heart – rural Indigenous communities and veterans.

“I also think it could be used to great effect at UC, particularly as a way to help international students integrate into the local community,” he said. “It’s about drawing people in, and drawing them together.”

“After the graduation ceremony last week, my wife – I met her at a Modbox program, and she still calls me ‘Coach’! – turned to me and said, you’ve got to go for it, you’ve got to pursue your passions,” said Paul.

“So my first goal is to find funding for more programs. And then in the long-term, I want to help people be the best community coaches they can be.”