It may have been quite some time since Maddie Sinclair studied at the University of Canberra, but she hasn’t quite cut ties.

The advertising and copywriting specialist studied a Bachelor of Communications (Advertising/Marketing) at UC from 1994–1996, knowing her passion lay in advertising from day one.

“The reason I chose UC is because it was the only university in NSW and ACT at the time where you could study advertising units from the very start,” she says.

“All other degrees were generic communications degrees with the option to major in advertising from the second year onwards, so UC was groundbreaking in that way.”

Upon graduation, Maddie spent two years working as an account handler for an advertising agency here in Canberra, before packing her things to travel around Europe.

Deciding she wasn’t quite ready to return home, Maddie started working in agencies across London and Brighton, planting her roots in the UK.

It wasn’t until she got married and started having kids – some 10 years later – that she realised agency work no longer fit her new family life.

“I was gutted to realise that preparing for pitches until 1am didn’t suit my lifestyle anymore, but I had always been quite good at proofreading. So I got in touch with my advertising industry contacts to see if they had any remote freelance proofreading and editing work that needed doing,” she says.

“I think my passion has always been in advertising and when that didn’t suit me, I evolved to make it work.”

After freelancing in the UK for five years, Maddie and her husband decided to move back to a place she knew as easy, family-friendly and where she had previously made a lot of memories – Canberra. 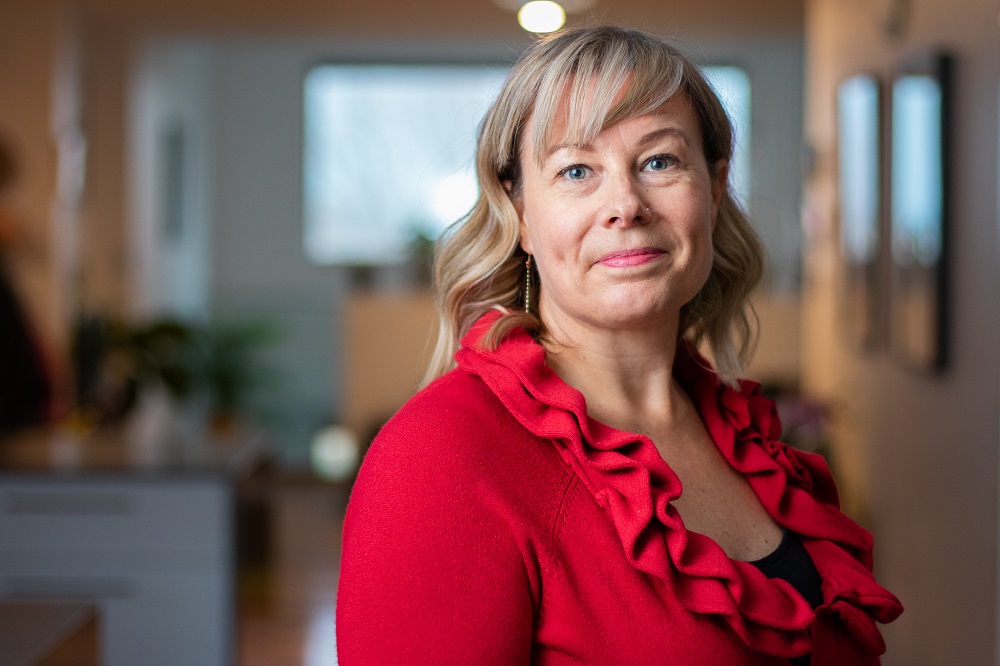 It was here in the national capital that the idea for her very own business, Catch the Sun Communications, was born.

She consulted with her clients in the UK about the move and discovered the time difference between the two places would work perfectly for her to continue her freelancing.

“I know from experience that agencies send things off at the end of the day, so I could pick a job up in the morning, work through it while they slept and send it back before they log on,” she says.

“There’s a business model called ‘follow the sun’ but I thought it sounded a bit passive so I decided on Catch the Sun – we have caught it, we are harnessing its power for our clients and using the time difference to help them gain extra time in their day.”

As her business grew, she brought more staff on board, working with other accomplished professionals in the freelance space who were looking for more flexibility in the industry.

Catch the Sun Communications prides itself on being a flexible working environment – a benefit you don’t always get working within agencies.

It wasn’t long before she connected with her old university again, this time to use her expertise in the exact area she studied with them.

“I started working with UC in 2017 because they were after someone to write new copy for some courses that had been updated,” she said.

“The project spanned about six months and I interviewed all the program leaders about their courses and what had changed, writing that into audience-first user-centric copy.” 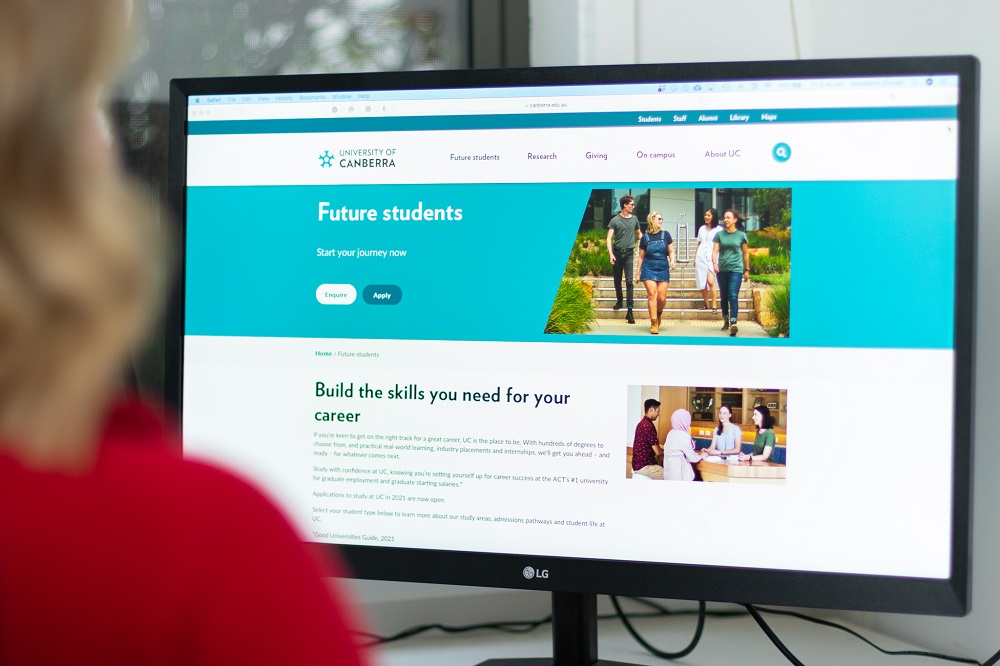 It wasn’t long until UC got back in touch to bring Maddie on board again, this time consulting on both the MyUC student portal and Future Student website phases of the University’s Digital Student Journey project – the latter which used five additional Catch the Sun freelancers to help with copywriting, editing and proofreading duties.

After working with UC and remembering her own roots, Maddie made the decision to start taking on interns through Catch the Sun.

As a student, Maddie had taken part in several internships throughout her degree, but they were in a slightly different format to what students do now.

“I did a lot of work experience in my uni breaks but we didn’t receive course credit for it – I just did it off my own bat,” she says.

“Now it’s compulsory, which is amazing – and highly practical. It’s great to see that UC’s groundbreaking way of thinking is still happening today.”

Maddie has now taken on three interns from UC, across creative writing and communication degrees, who have helped her on real-life projects.

Depending on their skills, interns will help with tasks including copywriting, editing, proofreading and social media, as well as creative concepting for Maddie’s clients.

“I think they get real-world experience and things they can put on their CV when they take part in an internship here,” she says.

“I also think they leave with an understanding of how a business works, and how to start as a freelancer.”

University of Canberra alumni Tim Walshe shares his experience, teaching for the first time amid a pandemic.