The ground-breaking wrap-around of The Canberra Times to celebrate the WNBL premiership success of the UC Capitals earlier this year is regarded nationally as a high watermark for the coverage of women’s sport.

As The Canberra Times Sport Editor, Chris Dutton was determined to make it happen after the idea was suggested by one of the producers. The only problem was that it hadn’t been done before.

The aim was to recognise the performance of a Canberra sporting team in a way that would propel the team beyond a regular front- and back-page spread.

“There was a bit of concern that it actually wouldn’t work with the printing press but eventually they got it done, and it went through. At about midnight they were concerned that it wasn’t going to happen but the producers and sub editors who were on duty that night made it work. It was awesome,” said Chris.

The effort by Chris and The Canberra Times team to ensure the coverage of the UC Capitals victory became a collectors’ item is, to a certain degree, a reflection of the support shown by the Canberra community towards women’s sport. In many respects The Canberra Times was meeting market expectations with significant sales of the paper on that Sunday, justifying the decision to provide mass coverage of the premiership victory. 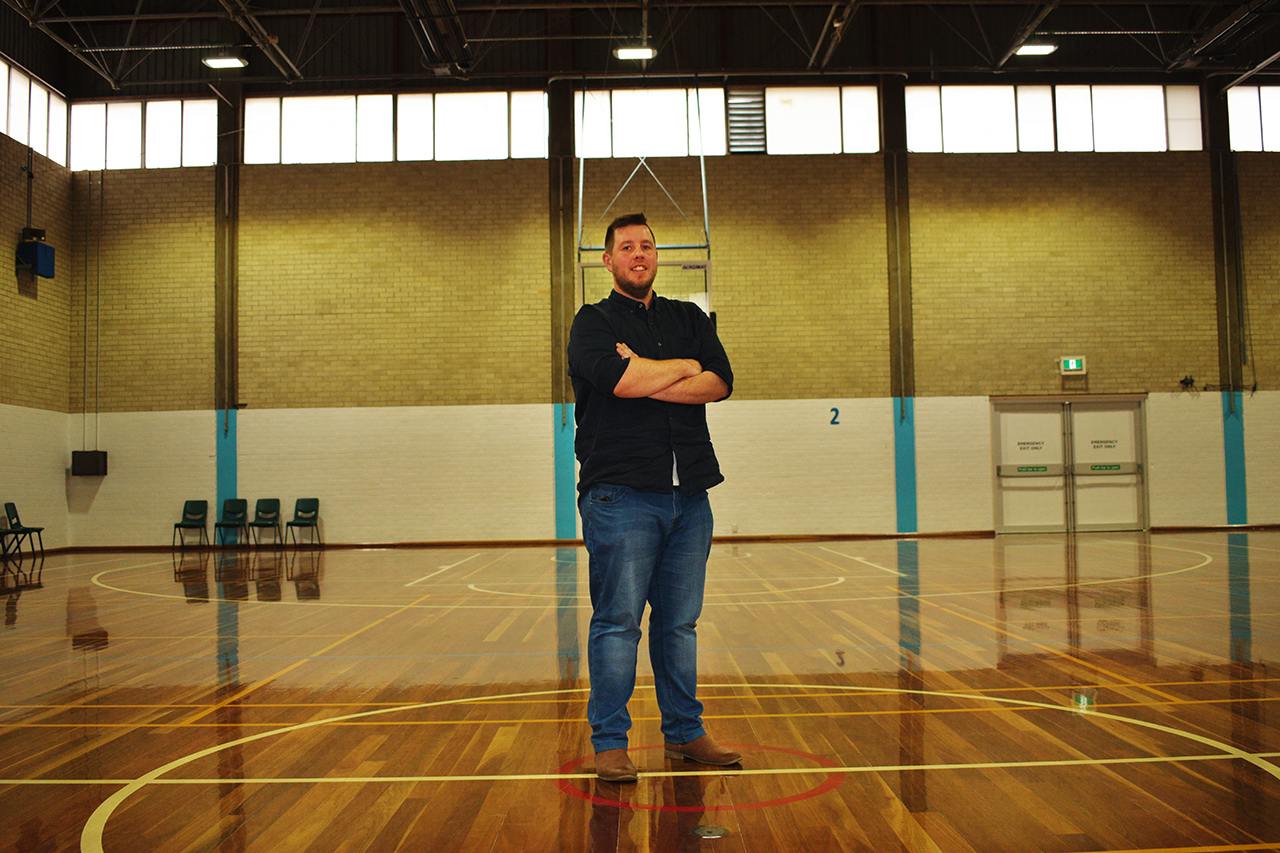 As Chris explained, he treats women’s sport as sport as opposed to treating it separately from men’s sport, as is the practice with many publications. “I’ve heard of newspapers that do a dedicated page every week on women’s sport. We don’t write about the Capitals, the Meteors or Canberra United just because they are female athletes, we treat their stories on merit.

“If it’s a good story, we’ll write it up and if it’s worth a back page we will put it there. But we are not going to place it there as tokenism.”

There is genuine enthusiasm when Chris speaks about sport, a passion that originated growing up in Wagga Wagga before moving to Canberra to study Sports Media at the University of Canberra in 2005. During his studies, he completed internships at AFL Canberra and The Canberra Times.

Chris then went on to work for The Times as a casual before he was appointed full-time in 2008.

Chris was soon made aware of the newspaper’s proud history in covering the UC Capitals as he made his way to his first game.

“When I started and first went on to the Capitals round, from day one they said to me, you’d better win the award this year because it had become a Canberra Times tradition.”

Chris is referring to the paper’s dominance of the WNBL Print Media Award coupled with the Australian Sports Commission Award for women’s sport.

His appointment as Sport Editor came in 2016 and with the appointment came many responsibilities, including a continuation of the paper’s outstanding coverage of women’s sport as mainstream sport.

In Canberra there has been a long held view that women’s sport owns the summer locally with the UC Capitals, Canberra United and the Meteors all playing in national women’s leagues.

But it is the continuation of coverage of these teams throughout the year, not just when competitions are being played, that sets the Canberra media apart.

“We have two commercial television stations, the ABC, The Canberra Times, RiotACT and commercial radio stations continuously covering women’s sport, said Chris. “Everyone is on board with it. They don’t see it as if they are doing a favour for women’s sport by covering it, because there is genuine interest in those sports.”

Equality of coverage has effectively become second nature in Canberra. And Chris has led by example in his promotion of women’s sport into the mainstream. In the future it will be hard to top the ground-breaking UC Capitals wrap-around.

For Malorie Hodge, one of our 2022 graduates and this year’s Herbert Burton Medal 2022 recipient, midwifery isn’t just a day job – it has an important role to play in activism and human rights.