When coaching the UC Capitals to multiple WNBL premierships, Carrie Graf’s role in promoting her sport and team through the media was legendary.

She ensured sponsors were acknowledged and journalists were treated well. Coffee and toasted sandwiches were always up for grabs and for many in the media it was the highlight of their day.  Not because they were looked after, more importantly they felt appreciated. 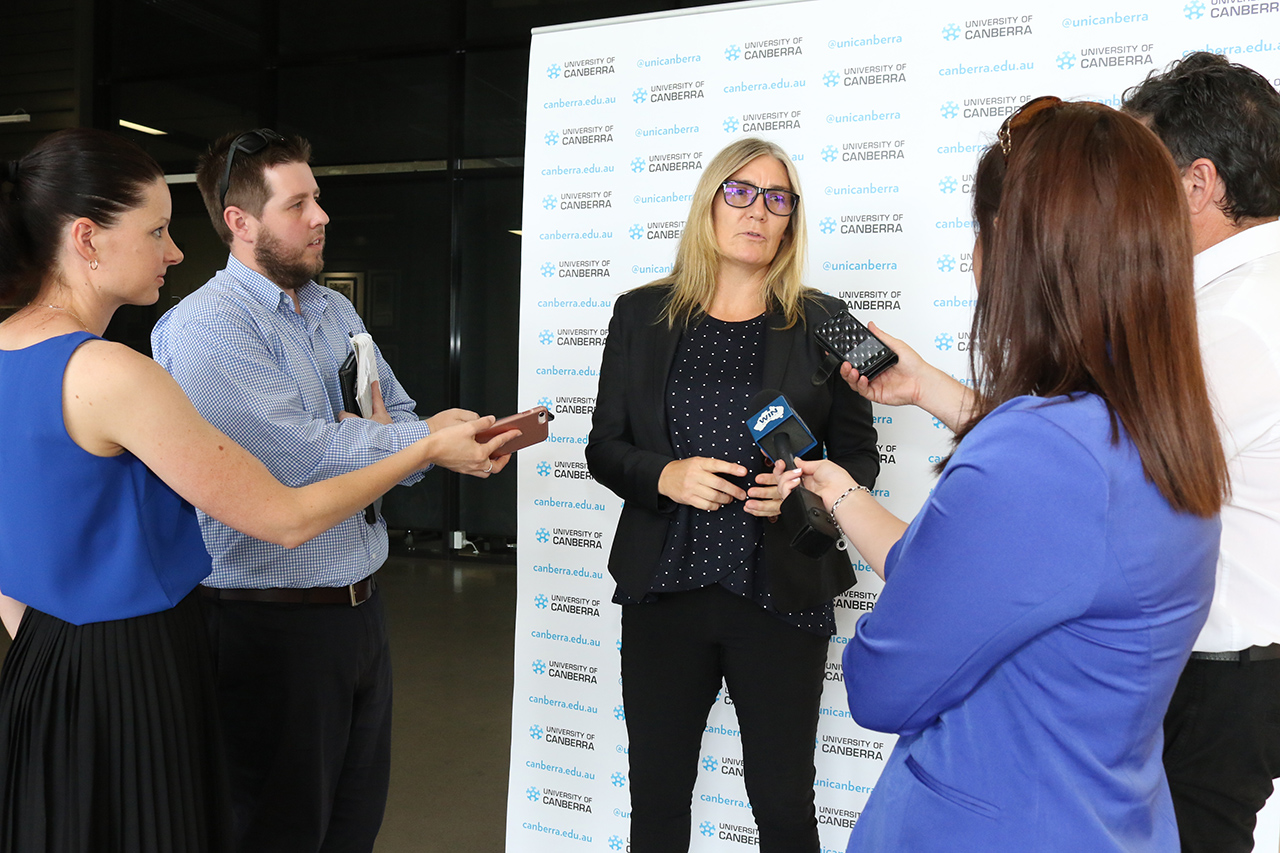 If nothing else it illustrates Carrie’s unique understanding of the influential role the media plays in showcasing sport. In this case, women’s sport. Her proactive stance resulted in mass coverage of the team.

Despite improvements over the past five years there is still a gulf between general media coverage of men’s and women’s sport. This is also reflected in the number of women in high performance coaching.

Carrie is an exception to this rule as one of the most successful coaches in Australian sport with seven WNBL titles, six of those with the UC Capitals.

At first it would appear that basketball was her first love, but as a young girl her father took her to watch every Richmond game at the MCG, before she realised at the age of ten that there was no likelihood of an opportunity to play AFL.

She made her debut in the WNBL as a 15-year-old for the Nunawading Spectres. She spent seven years as a player with the Victorian club. In 1992, armed with coaching qualifications and a Bachelor of Applied Science degree in Physical Education she began her coaching career with the Sydney Flames.

She went on to become one of basketball’s biggest names and is regarded as one of the most influential as she led the Australian team to the London Olympics.

To further illustrate Marie Wilson’s* adage ‘you can’t be what you can’t see’ Carrie said her only memory of watching women’s sport on television was tennis, and Martina Navratilova in particular.

“But Navratilova got so much flack for being muscly, fit and strong,” recalled Carrie.

Thankfully times have changed with the emergence of women’s sport and a general surge in media coverage from a reasonably low base. Or have they? 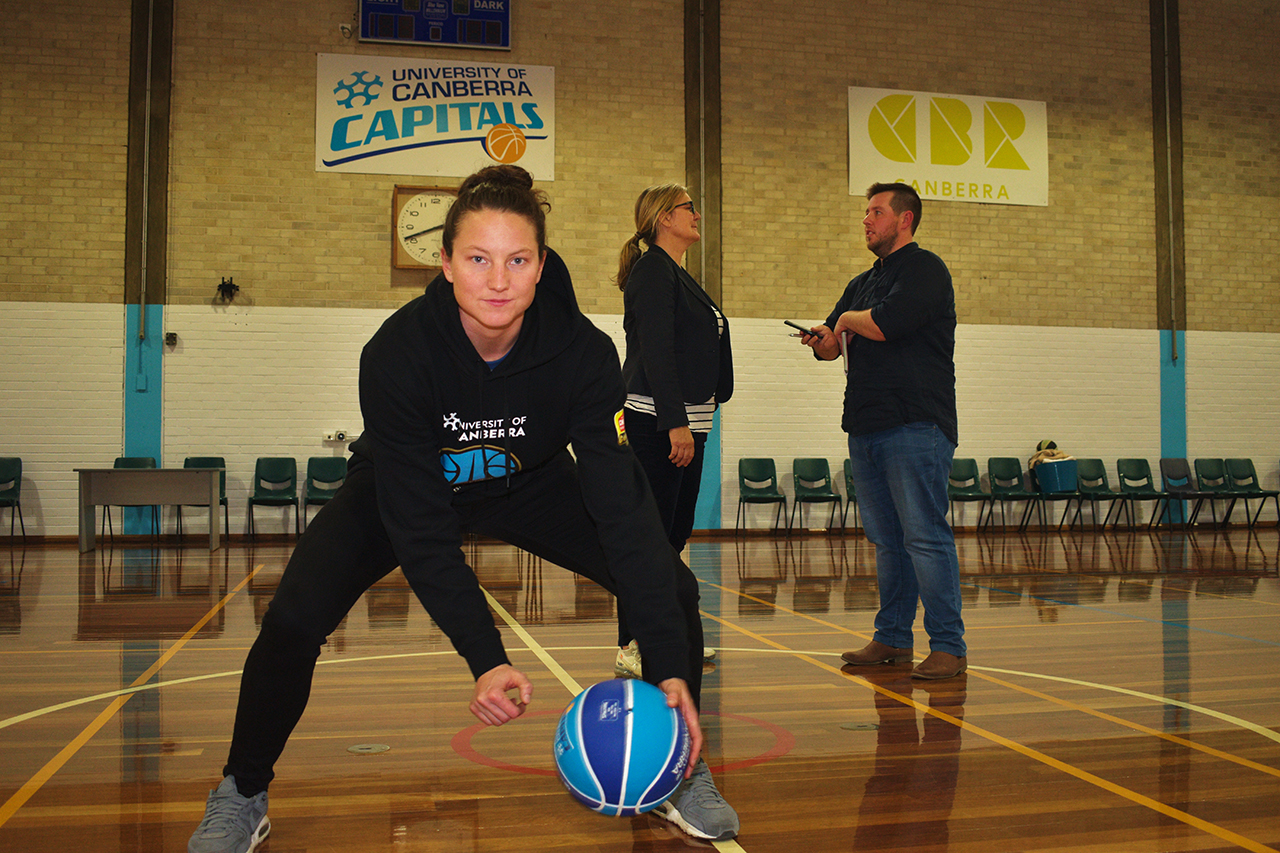 The ACT media is often more receptive to women’s sport than other centres with no attempt to differentiate between men’s and women’s sport. This is often seen as a reflection on Canberra as a progressive city.

The reality of course is that beyond Canberra the coverage, at times, falls off the cliff with sporadic spikes in interest by the mainstream media in women’s sport. Moments such as Ash Barty’s success or Sam Kerr’s heroics spark an interest, but it is far from constant coverage.

Carrie said part of the issue is the lack of women in key decision-making positions.

There appears to be reluctance, in commercial television in particular, to test audience appetite for women’s sport on free-to-air outlets. There will be widespread coverage of an event such as the Women’s Football World Cup, followed by little coverage, by comparison, of the W League.

It is worth differentiating between news coverage and free-to-air broadcasting of entire games as we have seen with Super Netball, AFLW, WNBL and women’s cricket.

When Michael Wilson’s incredible photo of AFLW player Tayla Harris appeared on social media, she was trolled and bombarded with misogynistic comments. It was a sad realisation of the distance still to be travelled. Clearly women’s sport was not seen as mainstream in the eyes of some.

So how do you change that perception?

There is a common school of thought that if it’s treated as mainstream by the media it has the potential to positively influence the wider community.

“There’s a big production cost to put sport on television,” said Carrie. “But I think there’s an opportunity cost that is yet to be uncovered.

“When it comes across the table they say, in old school thinking; ‘what are the eyeballs, what are the numbers, who’s reading it?’

“Instead a considered approach should be adopted to realise a growth in women’s sport.”

A case in point is the growth of the AFLW and Super Netball, but they remain in many respects isolated cases.

Carrie said women are calling on those in positions of power in the media to give women’s sport the coverage it deserves. The result will be a growth in sports and an improvement in standards coupled with financial return.

These issues and others associated with the lack of media coverage of women’s sport in Australia and its impact, as well as what needs to be done to improve the situation will be canvassed at the UnCover event: Levelling the Playing Field, on 26 September at Lucky’s Speakeasy Bar at the QT Hotel from 6.30 to 8.30 pm.

Register for this free event here.