“In Kenya, wildlife tourism is a huge industry and a major economic driver,” says David Njoroge Thuo, who just graduated with a PhD from the University of Canberra.

Against this backdrop, sustainable tourism and wildlife conservation are always in the spotlight – so when David wanted to choose a lifelong career, wildlife ecologist seemed like a shoo-in choice.

Born in Kiambu – a rural town about 24km outside of Kenya’s capital, Nairobi – David first undertook his undergraduate studies on wildlife conservation at the University of Nairobi. He soon discovered a growing parallel interest in genetics.

“In Kenya, the study of genetics is not as big as the study of ecology – although there is now growing appreciation for it,” David says. “Genetics is extremely important as a basis for conservation – a population can only thrive if it is genetically healthy.

In 2013, David started his master’s degree, focusing his research on animal genetics and breeding. For two and a half years, he studied the majestic black rhino. 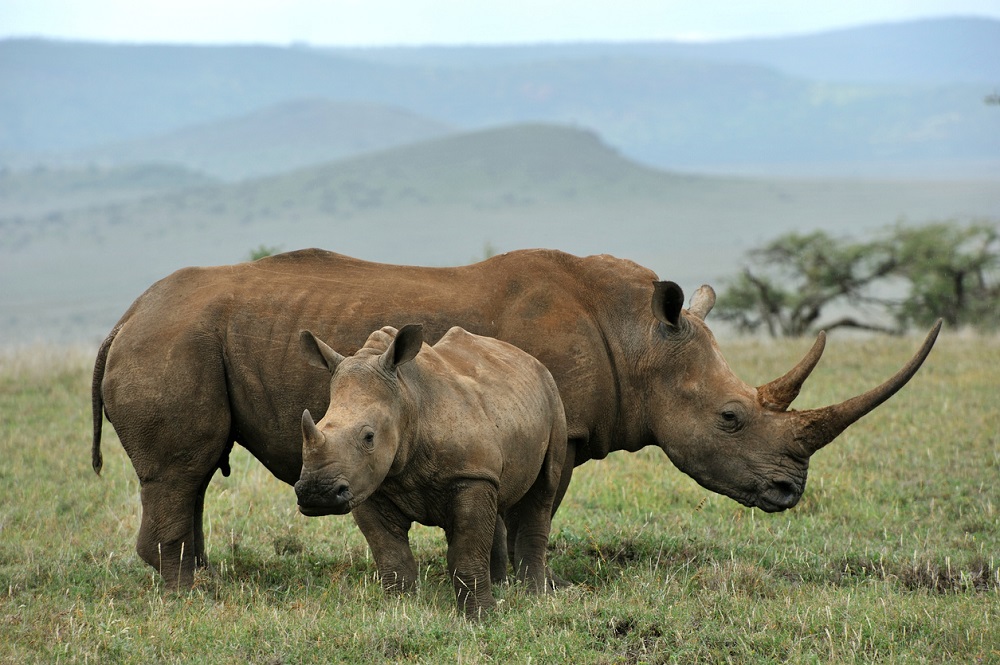 Black rhino populations declined dramatically in the 20th century. Although conservation efforts have brought it back from the brink of extinction today, the black rhino remains at constant risk from poachers and wildlife traffickers, who hunt it for its two horns.

“In Kenya, the total black rhino population today comprises about 700 individuals,” David says. “We wanted to look at the nuclear breeding population of black rhinos in Kenya, and use mitochondrial DNA sequencing to see if genetic diversity had been depleted since 1989.”

That was the year the Convention on International Trade in Endangered Species of Wild Fauna and Flora (CITES) banned the commercial ivory trade.

“Based on our research, we were able to make the recommendation that a new individual animal should be added to the breeding population every 15 years, to address this,” he says. 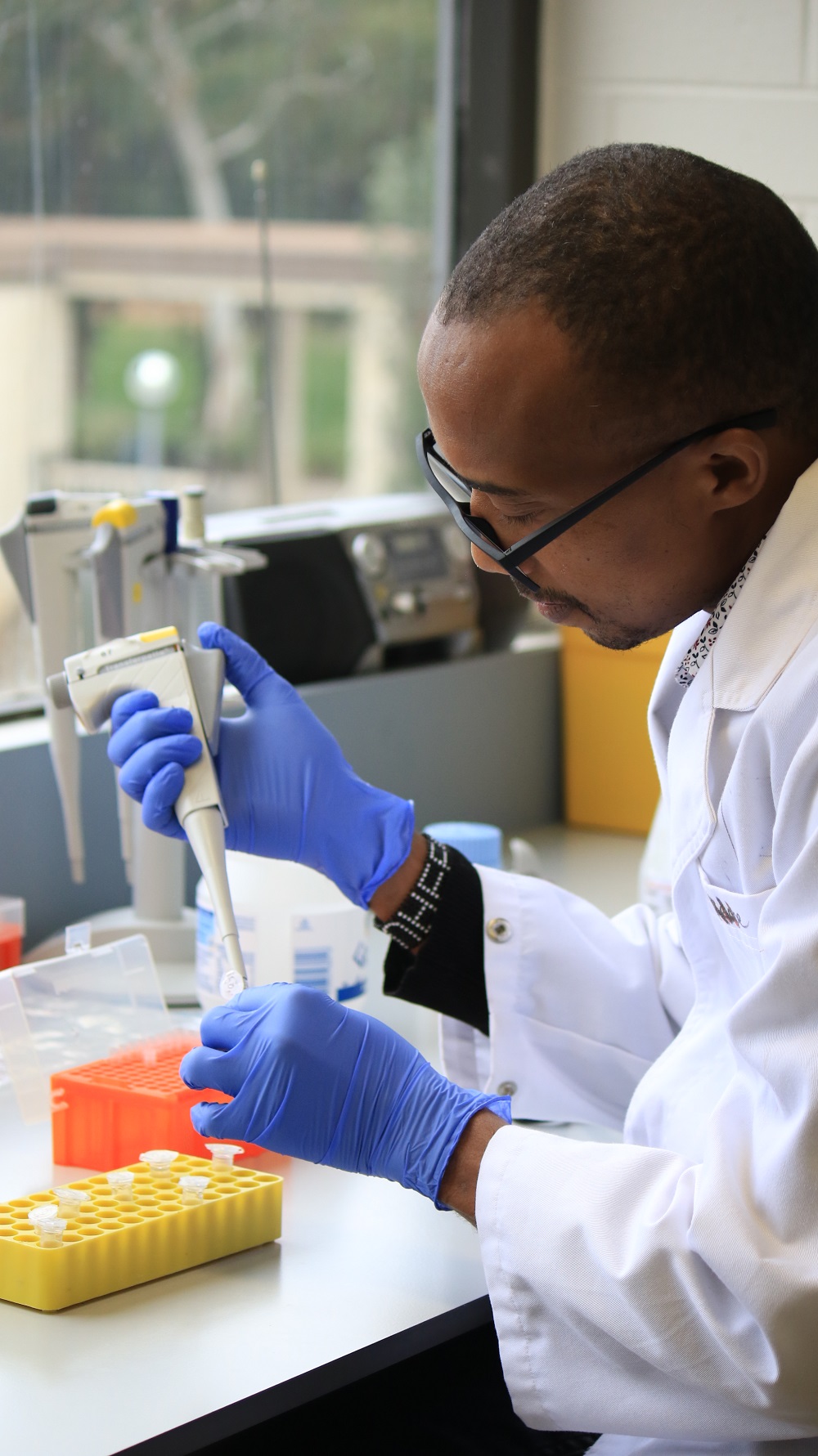 In 2015, David joined the Kenya Wildlife Trust (KWT) as a researcher.

“I was working within the Maasai Mara National Reserve, and started collaborating with a group from WildCRU researching cheetahs,” he says.

“From a conservation perspective, this is crucial information – many of the farmers in the area kill cheetahs because they believe that the cats eat their livestock,” says David.

This meant that determining the truth behind that belief was a key step in protecting the species. With the worldwide cheetah population in the wild numbering about 7,000 – 1,000 of which live in Kenya – it was an urgent question to answer.

“Previous attempts to research the cheetahs’ diet relied on observational methods, which tends to provide less accurate results,” says David, whose role in the research group was to formulate SOPs for the fieldwork, the collecting of samples, etc.

“I wanted to expand on the research using novel genetic tools for DNA extraction, and when I looked around for experts in the area, it was Dianne’s name that came up as the foremost expert,” David says.

That’s how in 2017, Professor Dianne Gleeson came to be David’s PhD supervisor.

The Associate Dean of Research and Innovation with UC’s Faculty of Science and Technology, she also heads the EcoDNA research group, which develops innovative environmental DNA tools and technology.

It’s also how he exchanged the warmer expanses of Nairobi for a comparatively chilly Canberra.

“I really feel it at this time of the year, as winter approaches in Canberra!” David says.

His partner though – who joined him in Canberra two years after he began his PhD study – loves the weather in the national capital. As does his young daughter, who was born midway through David’s PhD.

David travelled between Australia and Kenya regularly to conduct fieldwork and collect samples in the cheetah study, with his last trip in 2018.

“Fieldwork can be tedious – you have to spot a cheetah, track it and then wait,” says David. “Getting one sample could take up to three or four days, and there are less than 100 cheetahs in Maasai Mara and Amboseli ecosystems, where we were conducting our research.”

But the challenges were worth it – and the hard work paid off – when David and his fellow researchers were able to report to local landowners and farmers that sheep and goats formed only 12 per cent of the cheetahs’ diets.

“That’s an average of two to six sheep a month,” says David.

“We started conducting barazas – community meetings called by local chieftains – to share our findings. Hopefully this now lessens the persecution and killing of cheetahs.”

They’ll soon know, as the KWT has scouts in every community, who inform them when human-wildlife conflict occurs.

“We want to see if cheetahs can be included in a conservation scheme by KWT, involving the farmers,” David says. 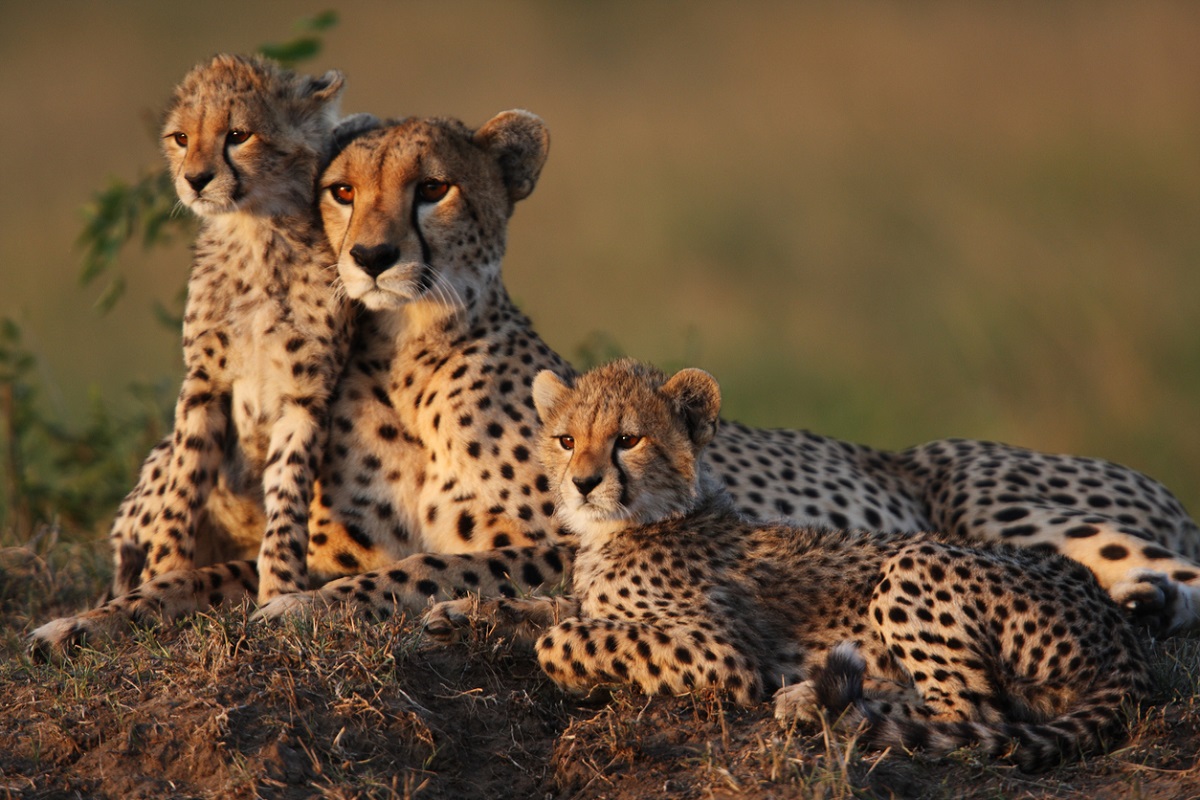 Similar to his work with black rhinos, David’s research into cheetah DNA was also aimed at assessing the population’s genetic diversity.

“Kenya is a huge country, and cheetahs are some of the most inbred creatures in the wild – we wanted to see how similar they were across the country,” he says.

He analysed DNA data from populations in the north and south, and found that while they were different from each other, there was comparatively low genetic diversity within each population.

“We think that this is because the different populations are separated by human cities and infrastructure, which confines them to certain areas,” David says.

“This supports the importance of migration in maintaining genetic differentiation – and with this information, we can plan for artificial translocation among the different populations to support that diversity.”

Even as he celebrates completing his PhD, David has embarked on a new biosecurity project, with the EcoDNA group’s Dr Alejandro Trujillo-Gonzalez and Dianne.

They hope to use environmental DNA detection methods for the khapra beetle, an invasive species which preys on grain, rice and dried food.

“This is one of the world’s most destructive grain pests, and the only biosecurity method currently used to detect it is a visual check,” David says. “We are working on developing a novel, portable, eDNA detection method which can be used anywhere.”

And right after he’s finished working on that (and once borders are open) David will be heading for yet another academic sea change, at least in terms of his surrounds.

“I have been accepted for postdoctoral study in Vienna, Austria, where I will be researching the immunity genes of different cats” David says.

His ultimate plan has always been to return to Kenya, to apply the considerable knowledge he has gained to conservation efforts there.

“Now that there is more appreciation for the role of genetics in conservation in Kenya, I think it would be good to join forces with ecologists and conservationists working to save different species,” he says.

“In undertaking my PhD, I have learned so many different skills which are going to be very important to these future efforts.”