They say the average person changes their career path five to seven times in their lifetime, and while Hayley Nicholls might fit that narrative, she has used her university skillset every step of the way.

The University of Canberra alumna describes her time at UC fondly – beginning her studies after a gap year and a stint working full time.

She commenced a Bachelor of Journalism course in 2006, based solely off her strength in, and love for writing.

“I have always enjoyed writing – I started keeping a diary when I was nine and I still do that to this day,” she says

“I like finding out about people and I think it’s amazing to sit and speak with someone and hear stories they have possibly never told anyone because they haven’t taken the time to stop and listen.

“Those things combined, and with no career direction in mind, I started studying journalism.”

While she felt her passion lay in writing, Hayley found she excelled in broadcast journalism during her degree, and landed her first job in the traffic department at Southern Cross Ten.

Her original job saw her scheduling ads, but before long she had her foot in the door of the news department and was provided opportunities to go on-camera.

However, it wasn’t long before Hayley’s passion for writing continued to niggle in the back of her mind, and she found that broadcast wasn’t the space for her. 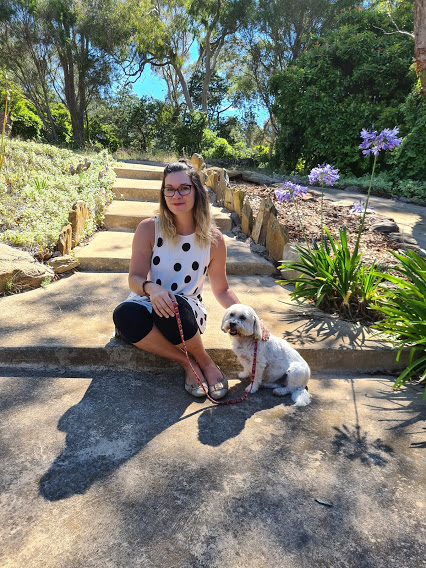 “It took a few experiences for me to realise my passion was in print and that putting on a face every day and being in front of the camera was not for me,” she says.

From there, Hayley side-stepped into the world of events management, freelanced as a real estate writer and then found herself working as the editor of CAPITAL Magazine.

While not all her jobs were in the journalism industry, Hayley feels her communication skills were transferable wherever she worked – eventually landing her the job as Marketing and PR Manager for allhomes.com.au.

“It was a really interesting job because Allhomes was still in its really early stages and I would be working on a big brand refresh one day, then delivering branded water bottles the next,” she says.

“I did a bit of writing when I was there, but I found that in every workplace I had the ability and motivation to put my hand up and say ‘I will write that piece of communications’ – it is surprising how many people will shy away from that.”

She now knows the experience she gained over her four years at allhomes.com.au, and within her other jobs, has landed her in what she describes as her dream job.

The National Partnerships Manager role with RSPCA Australia was advertised while she was on maternity leave and sent to her by a friend who thought it described her skillset perfectly.

Hayley says while she had never heard of a role like it before, from the moment she read the description, she knew she wanted to apply.

“Once I saw the description, I knew everything I had done up until that date had led me there and the fact that it was in animal welfare – which I have quite a passion for – was a bonus,” she says.

“I have been lucky to have had great workplaces all along, but I have always known that for complete fulfillment in any role, I needed a cause to work towards and to feel that I’m making that extra impact has sealed the deal.”

And for a job that she never knew existed while she was studying, she couldn’t have found a better fit for her skillset.

“Whether it is communicating with our amazing donors to demonstrate their impact, pitching a new idea to a corporate partner, liaising internally across the Federation, or drafting public-facing messaging to promote a new partnership or fundraising initiative – communication is key,” she says.

“It is the perfect job for me, and my studies have absolutely assisted me every step of the way to reach where I am now.”

While she didn’t end up working in journalism, she did feel the pressure to have a solid career path in mind – a pressure she would take back in hindsight.

“I would tell my younger self not to stress, because it will all fall into place eventually,” she says.

“I would emphasise that you don’t necessarily need to have your career path all mapped out, but just put one foot in front of the other, pay attention to what you enjoy, and the rest will fall into place.”

University of Canberra alumna Renee Douros has founded several Canberra businesses, but none as unique as her latest venture, Adytum, which explores the concept of a ‘third place’.

Building on a lifelong love for logic, University of Canberra graduate Emily Neuendorf loves the challenges of problem-solving and building a better system, as a network engineer.