Myles Chandlers’ career has been anything but a smooth ride.

Since graduating with a Bachelor of Industrial Design from the University of Canberra in 2005, he’s moved interstate to design boats, travelled to the UK to pursue yacht design, and is the co-owner of a café in the New Acton precinct.

His latest project – Goodspeed Bicycle Co. – has taken Myles to exactly where he wants to be.

Myles has clocked up these achievements since graduating from UC, but to understand what motivates him, we need to back-pedal to 2001.

Upon enrolling at university, Myles still wasn’t sure of the path he wanted to take. He studied a variety of units before deciding on the Industrial Design course that he ended up completing.

“Back then, we had a really small cohort,” Myles says.

“There were only about 15 of us and we spent four years studying together, which was great.”

When he completed the course, there was one particular area of interest he wanted to get involved in: maritime design. The only problem? A lack of oceans in Canberra.

Myles packed up his life and moved away from all he knew, his family and friends, to pursue his passion for boats, which he found in Western Australia. Proving that money isn’t always a motivator, Myles worked for free for six months, learning all that he could about the industry.

What he learnt led him to Portsmouth in the United Kingdom where he finally got to work on the design of large ships and yachts. As his experience grew, so did his workload, and soon Myles was working on projects from around the world.

“I was working in the UK for about a year or so and even though I was enjoying it, the work was really hard, and I started to struggle a bit,” Myles says.

“I was pretty much straight out of university, living in this strange place, and I got pretty overwhelmed, so I decided to travel for a few months and then came back to Canberra, where I got involved in specialist joinery work.”

His return to Canberra re-ignited a passion for cycling with family and friends and suddenly things began to make sense for Myles.

With a group of friends, he started to take an interest in designing and building bicycles and putting on races in Canberra.

“This world started to come together and all of a sudden I was involved in the cycling industry and was designing bicycle parts,” Myles says.

And at the same time, opportunities arose within the New Acton precinct – and again, with a group of friends, the decision was made to open a café. 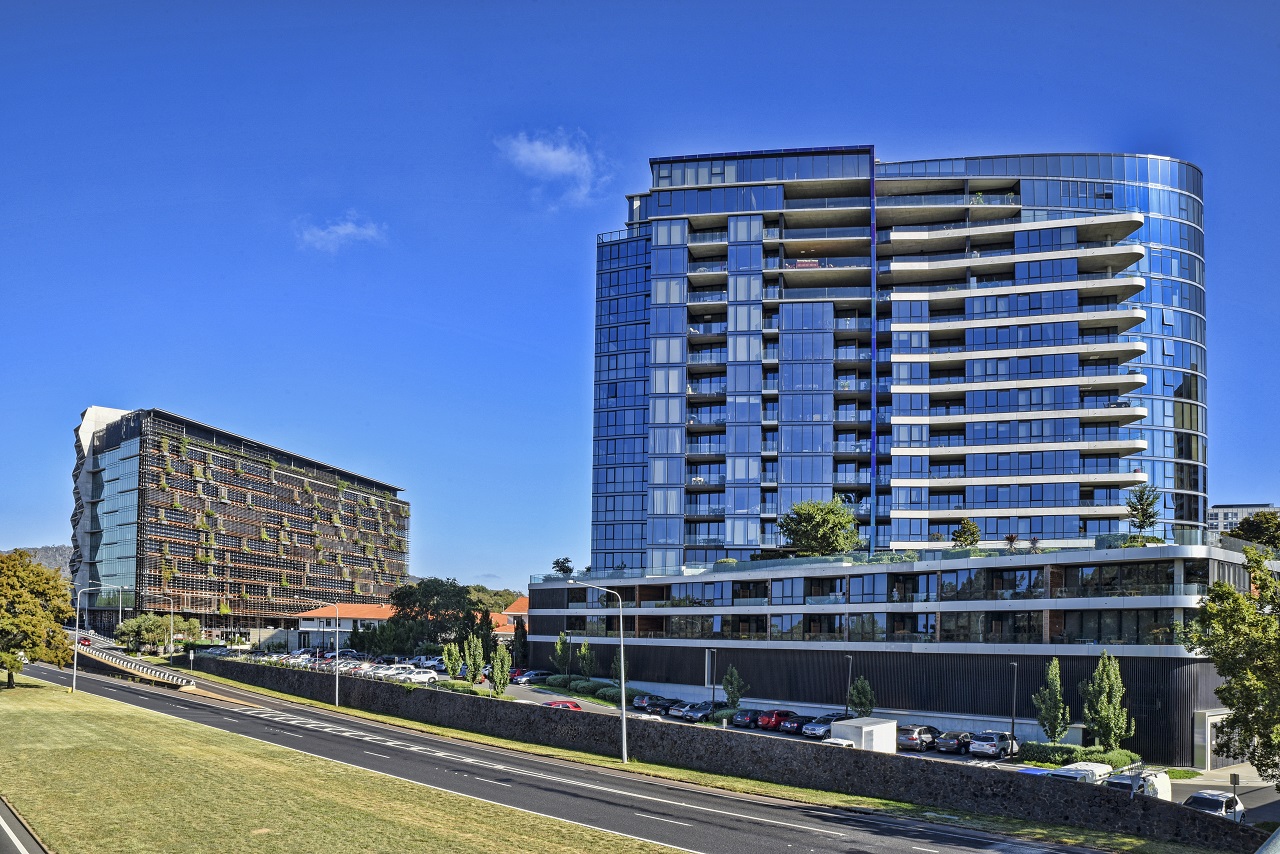 That café is the well-known Mocan and Green Grout.

“We had a couple of options for hospitality within the precinct, but we ended up pursuing the Mocan and Green Grout idea and worked really hard on that for a good few years,” Myles says.

After things began to settle down with the café, Myles started thinking about the work he’d done on bikes all those years ago.

“We started to have a conversation again about how we could bring the bicycle side of the business to life,” he says.

“That’s when the concept of the Goodspeed Bicycle Company came about.”

“We’d been toying with parts for a long time, but I wanted to actually design a bicycle from scratch – the whole frame.”

Running the bike shop out of the café, the team knew they needed to expand their physical presence for the business to grow.

Myles began work on building a container that could double as a workshop and shopfront for Goodspeed.

The prime location of the shop (across from Parlour wine bar) as well as the unique, curved design of his bikes meant that suddenly, Goodspeed was becoming a recognised brand around Canberra.

“We’re certainly not a large operation. There’s just a couple of guys in a shed answering our own phone calls,” Myles says.

“It’s a long-term project, and it’s going to take a long time. I really do think that in ten or 20 years’ I’ll still be working on bikes for Goodspeed.”

He says the greatest achievement for Goodspeed is in the process transparency, an opportunity to visit and view how the products are made. From design to delivery, Goodspeed gives an insight into manufacturing and design that is rare these days.

“The bikes themselves feature a distinctive design,  and it’s heartening to see such enthusiasm for handmade products and so rewarding to see them out and about taking on a life of their own,” Myles says.

“There’s a real reward in creating simple, practical, yet distinctive products – a product which affords growth and individualisation yet maintains an unmistakable underlying identity,” he says.

“And it’s not only creating the design, but it’s creating a culture around it too.”

“There’s something lovely about steel bicycles – they’re elegantly simple. I feel the world has a habit of overcomplicating things but at the end of the day creating a product like this – it’s still a bike – but it’s very much more than that.”

For now, Myles continues to throw himself into the businesses, but has also come full-circle and this year started working as a tutor for some design units at UC.

“It’s been a strange time to start teaching with the move completely to online this year because of COVID-19,” Myles says.

“But it’s been rewarding to keep working with students who are passionate about their future in industrial design.”

The King of Sports Management

Sydney Kings owner Paul Smith has an unashamed passion for sport that has driven his global success in sports management and a place on the UC Sports Walk of Fame.