Professor Keith Lyons, who made major contributions to the University of Canberra and impacted the lives of many staff and students, passed away last week after a long illness.

The UC community is sad to say goodbye and grateful for the difference he made in our lives, careers and perspectives.

Keith had an amazing professional career leading teams and creating thriving departments in the areas of biomechanics and sports analytics. He worked with elite level sporting teams and institutions at a national and international level.

You would be hard pressed in the coaching world to find someone who didn’t know of Keith or hadn’t read or used his work. 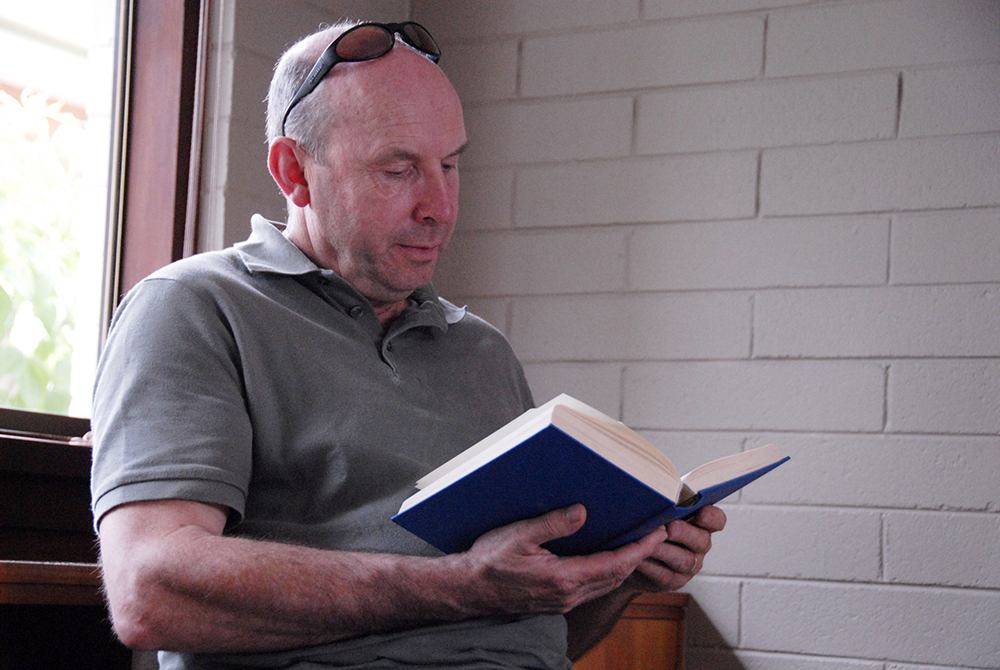 He moved to Australia from the UK in 2002 to join the Australian Institute of Sport (AIS) as the founding Co-ordinator of the Performance Analysis Unit. He founded the Department of Biomechanics and Performance Analysis in January 2006. Keith was highly esteemed for his expertise in elite sport performance, coach education and teaching.

Keith founded the National Institute of Sport Studies at the University of Canberra (now known as UCRISE) on 30 March 2009 and was appointed its Director. He retired in 2013 but stayed connected to the Institute and the Faculty of Health. Keith supervised many PhD candidates in numerous disciplines, including nursing, sports, biomechanics and sports management; he also mentored several sports scientists throughout their careers.

You are what you eat, or in Keith Lyon’s case … what you say. Only, he was often hard to comprehend, bringing together concepts that linked data analytics with poetry, philosophy and social media, or any other topic his mind had found to weave in. It often seemed that he saw patterns everywhere, and means to communicate in many ways. Keith never stopped pushing boundaries and wanting to progress.

He never conformed to the concept of blue-sky thinking, which was too limiting – he saw beyond that.

While Keith’s professional career was exemplary, it is his character that will live long in memory. He had numerous ways that he would try to share his insights with his colleagues and students – one staff retreat with the Discipline of Sport and Exercise Science involved cheese, wine and poetry.

He was a visionary that few could appreciate at the time. He introduced pathways to use online communities for teaching and coaching a decade ago, techniques that are still largely in advance of current practices. He was never afraid to challenge the norm for the good of his colleagues and his profession, regardless of who or what opposed him. At the root of everything Keith did was an unbridled passion for fairness, innovation, connection and altruism. He wanted you to succeed more than he had, and to share his world.

Like many visionaries, Keith had his idiosyncrasies. He knew (and used) words in his daily conversation that had many of us reaching for a thesaurus. These conversations sometimes made you wonder what question you had asked in the first place! But that is what Keith did – he made you think.

Sometimes it was frustrating when you just wanted a direct response to a direct question (which you rarely got). But his aim was not to give you an answer, but to point you in the direction of the solution. He put all his faith in his staff, believing that we could achieve anything. He supported whatever it was we set out to achieve. He wanted to know and share everyone’s stories, and he saw the potential and the best in all of us.

One of Keith’s favourite words was ‘remarkable’. Stories of staff members tallying the number of times it was said in his staff meetings are not untrue. Remarkable, by definition, means ‘worthy of attention’. In Keith’s eyes he saw genuine worth in all of us and all we wanted to do, and we were all better for it. Remarkable.