The story of how UC alumnus, Joe (Hao) Yan, ended up establishing Canberra’s largest Chinese Media Company is intriguing. To get there, it took sheer determination paired with some insight – and of course a motivated young businessman.

Joe moved to Australia in 2010 after completing the first two years of his degree at Renmin University of China in Beijing. By 2012, he had completed the Bachelor of Business Administration through the University’s bridging course program.

Despite an impressive academic resume, Joe struggled to find work in his chosen field following his graduation. “It was tough for me to find a job in a profession related to my degree,” he recalls. “I submitted my resume to over 100 companies in Canberra. I didn’t want to move anywhere else.”

After working as a casual service station attendant for a while, he eventually landed a full-time job as a car salesman. This was the genesis of a new world for Joe.

“Almost half the clients were Chinese and they were seeking information on a range of issues, not just the price of a car. Back then, no professional information was available in Chinese about buying a car, or the related admin tasks like transferring registration and insurance.”

As he became more accustomed to the issues faced by the large Chinese speaking community in Canberra, Joe realised that life would be easier for Chinese buyers if there was more information available in their own language.

He took it upon himself to improve the situation; “The Chinese language Social Media platform WeChat has a moment page on which information can be posted, so I started posting car related information on the page. It was popular. Quickly I gained almost 1000 Chinese followers in Canberra.”

The potential of presenting more than just car related news to the Chinese speaking community in Canberra became apparent and Joe left his job as a car salesman ready to take on the challenge of filling the information void.

“I developed a platform offering a range of advice and services, similar to a billboard, ranging from rental houses, to car-pooling, to second-hand items for sale.”

The demand was huge. In next to no time Joe had 25,000 followers through five different WeChat accounts and a business was born.

The company he set up, CBRLife, now has a staff of 15 people including seven full-time employees.

“We have a number of WeChat channels offering different services to our clients and each channel has its own following. We have a blog where we post articles, we have an app and publish a monthly bi-lingual magazine devoted to Canberra news.”

Now, in 2020 CBRLife provides information to over 100,000 followers. The company fulfils a vital role in disseminating vital information to Canberra’s Chinese speaking community.

“During the bushfires, and now during the COVID-19 pandemic we have played a part in delivering Australian Government information to the Chinese community in Canberra. We’re also involved in spreading information that comes from the ACT Government.” 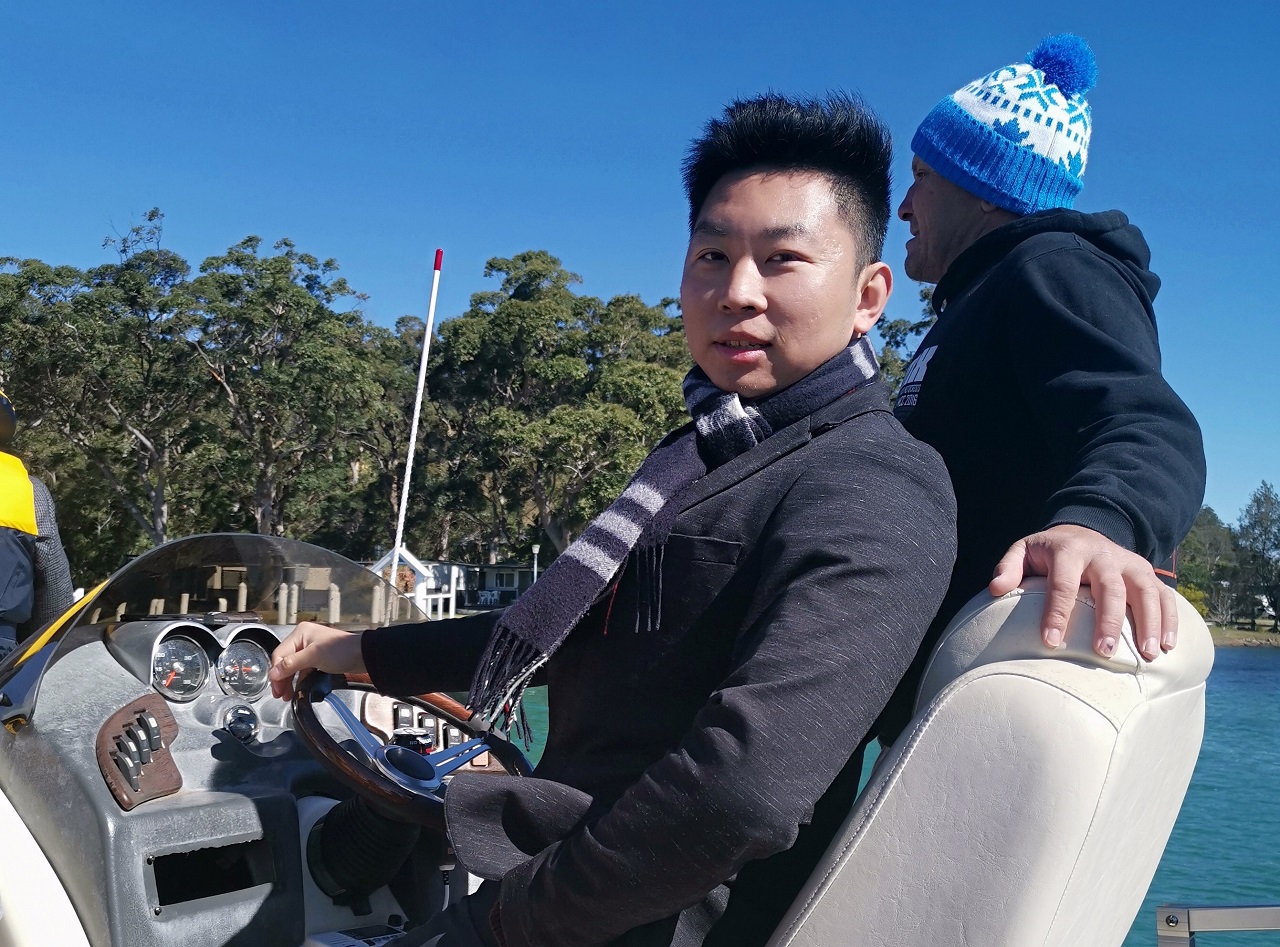 Joe says he’s fallen in love with Canberra and wants the Chinese speaking community to have the same positive experience of this city and surrounds.

“It is very meaningful for me,” says Joe, “I can’t speak highly enough of the city. It’s growing, and we are growing with it.”

He is, as he describes, "in the business of building bridges” for the Chinese community and also for Canberra. “There can be a language barrier. We are keen to present the positives about Canberra to the Chinese people.”

With a six-month-old daughter and a media company that continues to grow, Joe says he has many reasons to stay in the city that has given him so much. He is grateful for the grounding and the qualifications secured during his time at UC and for the opportunities that can be created in the city of Canberra.

Haowei Wang and Yan Wang fell in love twice over – with each other, and with Canberra. Newly-engaged (over Zoom!) and just-graduated from the University of Canberra, they are looking ahead to a brand-new chapter – and have created a platform to share their love of the region and connect other international students.