When Penny Slater started competing at national triathlon events, she didn’t see anyone else like her.

“I don’t really know if there’s many people in triathlon who identify as being part of the LGBTIQ+ community, because literally no one talks about it,” she says.

The 26-year-old took up triathlon when she finished high school, starting out in cross-triathlon (off-road), before switching to the more traditional long course at the beginning of 2021.

As she competed both nationally and across the globe, the University of Canberra Elite Athlete saw plenty of heterosexual couples at triathlon events, but never couples of the same sex.

Since coming out to her family early this year, Penny feels the time is now to be a voice of diversity for triathlon, not only to help the younger generation but also to contribute to the sport she loves so much. 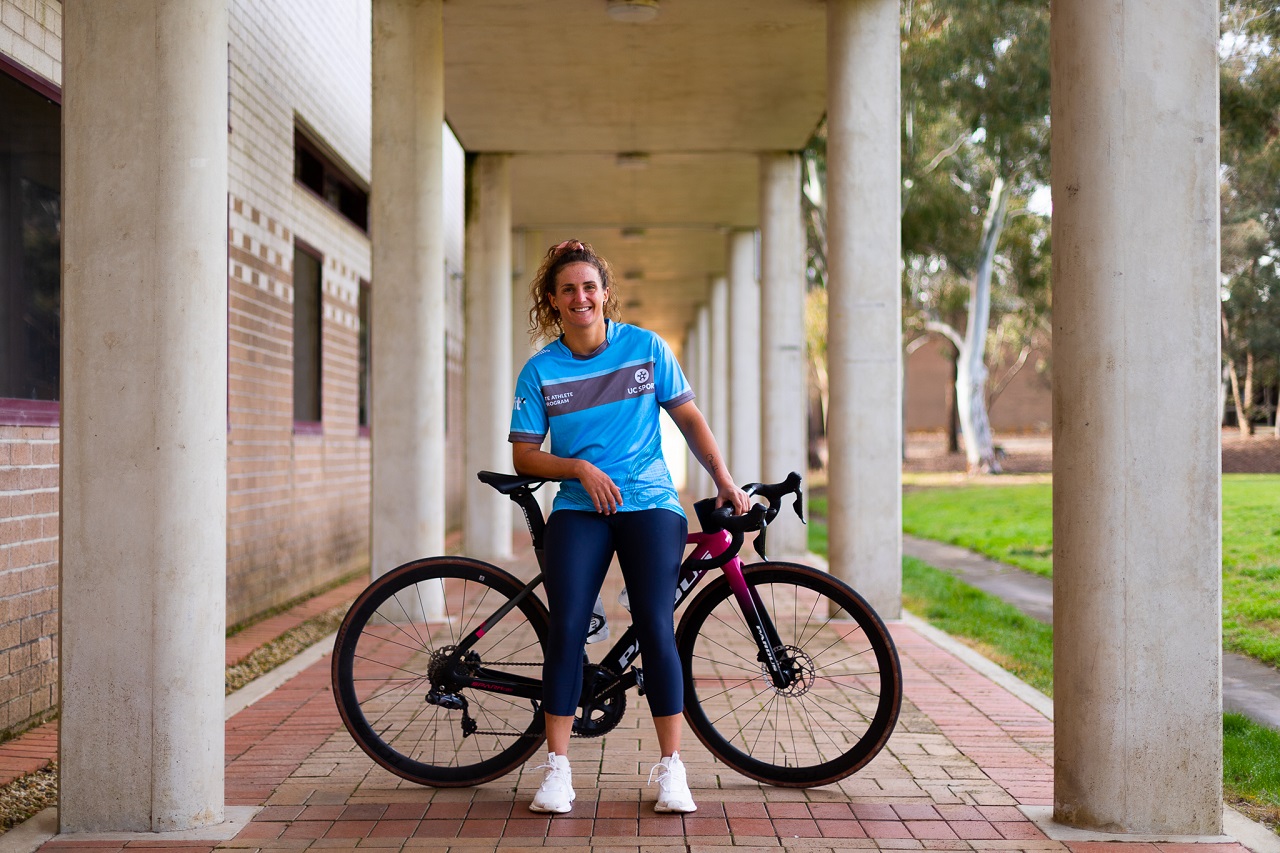 “I know who I am, and I know the people I love and so it’s important that I show that, and talk about it,” she says.

“If I had seen someone like me in Canberra, who was proud of the fact they were gay, and competing in triathlon, and taking their girlfriend with them to a race, that would have meant a lot.

“I want to be able to leave the sport in a better place than when I entered it.”

Penny is developing a mentorship program set to launch in October, targeted not only at getting women and girls involved in the sport but also at creating a more inclusive, open, and safe space for all triathletes.

“If I had a mentor when I first got into triathlon, it would have made a massive difference. Hopefully now I can be that person for someone else,” she says.

“Even being able to see [LGBTIQ+ representation] or talk to other people about it, it just wasn’t something that was talked about in my family, or in triathlon really.

“I think now I’m at a time of my life where I want to share my story and be involved [in improving that visibility].” 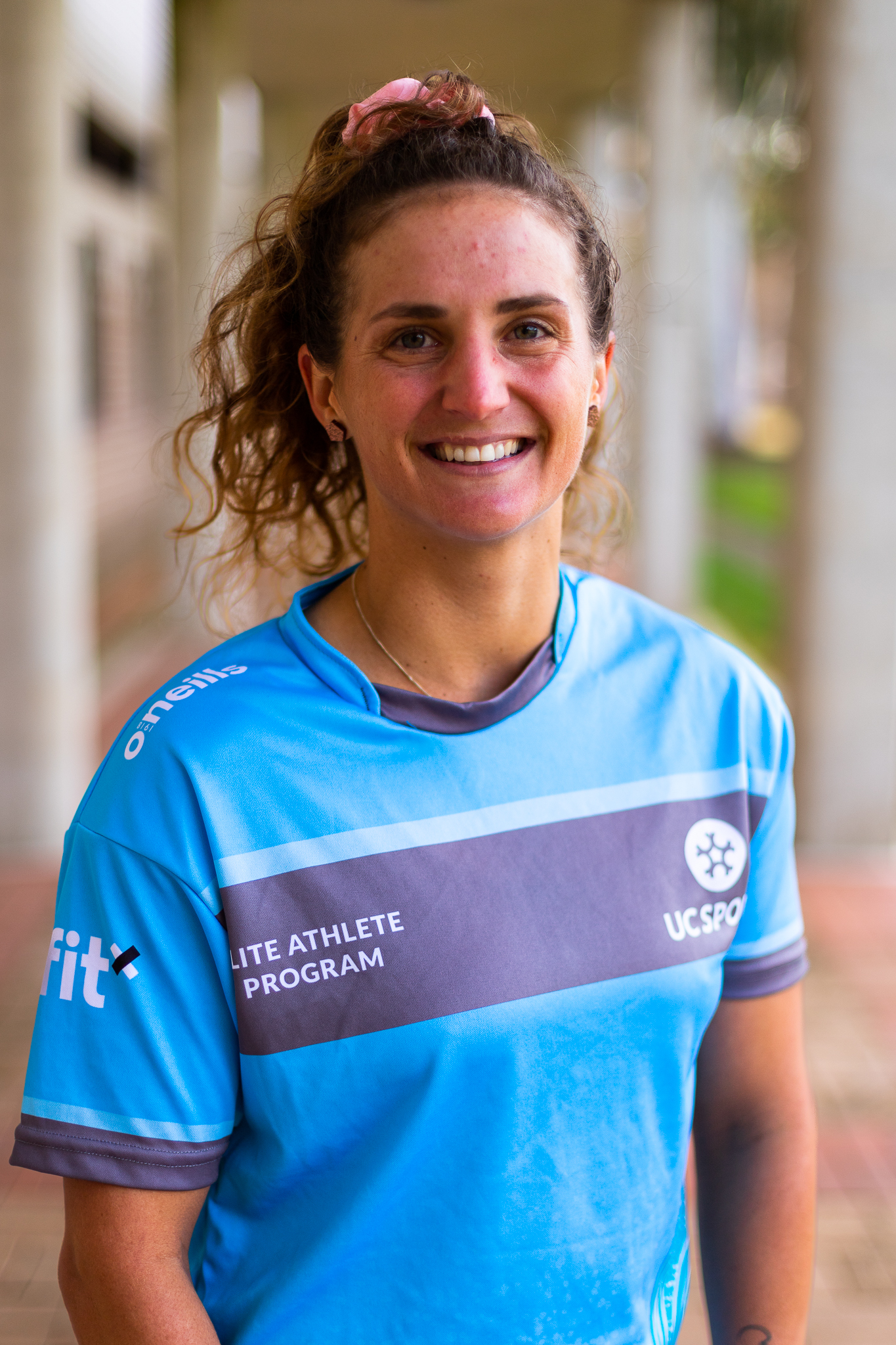 Following the race seasons, Slater has spent the past few months in Spain, to train, race and recover.

Penny was one of 40 female triathletes personally selected for one of her most recent events, the Canadian Open, where she placed a respectable 28th.

“Usually I get up and swim in the pool for an hour to an hour and a half. Then we’ll do some form of gym afterwards and then we’ll go out to ride in the middle of the day, and then go for a run just before dinner which is like 8pm over here,” Penny says.

Penny has been able to base herself out of Spain for the duration of the European triathlon season, largely thanks to the UC Eldon and Anne Foote Scholarship. The athlete was one of 11 UC Elite Athletes who received the $10,000 scholarship, to help them balance sport and study.

Penny has completed her Bachelor of Education and Exercise Science and is now undertaking a Masters in Health Research.

“UC has been super helpful as I try to organise exams and assignments, while being away for three months of the year,” she says.

“Knowing that they’re there to help if anything happens is great. One time I was away and there were issues submitting my assignment, so I got in contact with the Elite Athlete Program staff and they were able to walk over and talk to the tutor for me in person, which was super helpful.”

An immigrant, PhD candidate, wife and mother, Dua’s biography has had chapters all around the world, but she credits her family and Australia for the opportunity to write her own story.

First generation student with a firm focus on brain health

Vicki McCarthy is the first in her family to pursue a tertiary education, with her love of sport leading to exercise-based research as a University of Canberra PhD candidate.