The University of Canberra’s Professor Dick Telford has coached Australian long-distance runners at every Olympic Games since first working as a physiologist for former world champion marathoner Rob de Castella in 1984. This year, at his tenth Olympic games, he coached 1,500 metre runner and UC student Jye Edwards in Tokyo.

This year, Dick was also coaching Australian marathon runner Lisa Weightman, and was responsible for looking after a number of other athletes whose coaches were unable to make it to Tokyo, due to COVID-19 and Olympic border restrictions.

Dick’s career extends further than the Olympics, coaching athletes to success in other competitions including five gold medals at the Commonwealth Games.

Not to mention the extensive research with the University’s Research Institute for Sport and Exercise (UCRISE).

Despite having such a vast career in coaching long-distance runners, Dick says he never intended on becoming a coach in this discipline. Athletics coaching came as a result of his passion for all things sport, dating back to when he was just six years old.

“I got very passionate about football, cricket and running, all sorts of sports, brought on by my father’s interests in the 1950s and 1960s,” Dick says.

“I remember watching John Landy and Herb Elliott, fantastic distance runners, and marathon runner Derrick Clayton, break a world record. Watching the cricket and the football at such a young age was just as fantastic.”

This obsession made it clear to Dick that his career would be in sport and exercise. At school, all he wanted was to be a teacher of physical education, and his side interests in maths and science pushed him in the direction of pursuing a PhD in physiology and biochemistry at the University of Melbourne.

During his time at university in the late 1970s, Dick was offered his first coaching roles with the Preston Football and Preston Cricket Clubs in Victoria and later as Coaching Coordinator and Manager of the Victorian Cricket team, winning the Sheffield Shield in successive years.

“It has been interesting with the coaching really – I’ve never actually applied for a coaching job,” Dick says.

“I was given a coaching job with the Victorian Cricket Team when Frank Tyson, who was a famous fast bowler for England, had ABC commentary duties. Then I got asked to be the coach at Preston Football Club because they sacked their coach at the time and needed someone to replace him, and was asked to coach Preston Cricket Club by former test cricket Jack Potter when he departed from the position.” 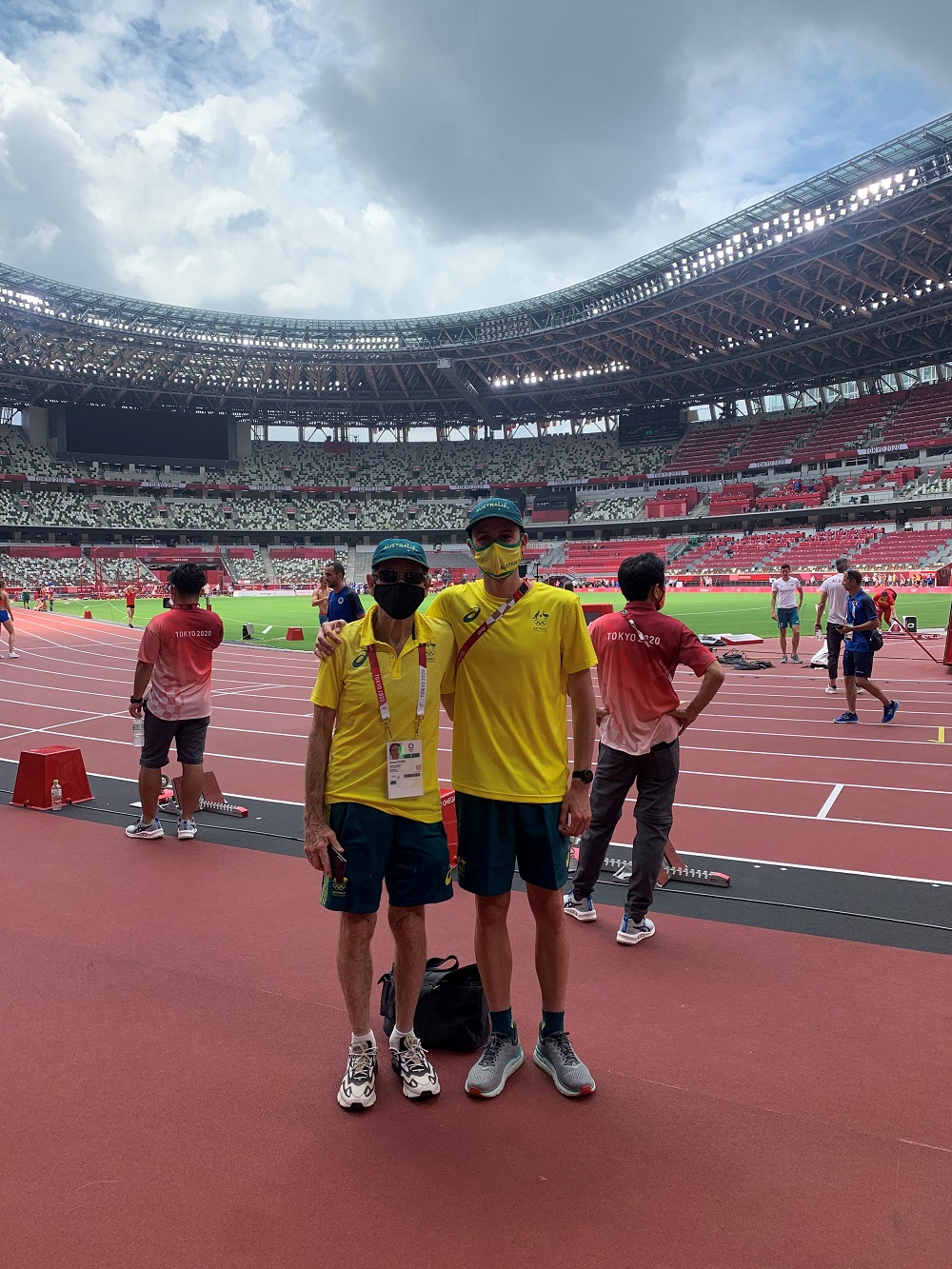 Through playing a lot of sport, coaching several sporting teams, and studying for a PhD, Dick was eventually picked up by the Australian Institute of Sport (AIS) as its inaugural sports scientist, which is where his career as a long-distance running coach began.

“When I got to the Institute of Sport I had no ambition of coaching long-distance runners, but when one runner lost her scholarship and had no coach in Canberra, she asked me to coach her,” Dick says.

“My first two athletes ended up doing extremely well, including a national record and a gold medal at the Commonwealth Games. Basically, that set off my career as a distance running coach.”

Having now been involved in every Olympic Games since Los Angeles in 1984, Dick says the main difference in coaching throughout his lifetime is an increased level of professionalism and intensity. Coaching for him, he explains, is now something to which coaches must devote an incredible amount of time, rather than doing it on top of everything else.

“We have to provide the highest level of coaching and competition experience for our athletes before the Olympics. We coaches have to make sure that we give everything and never leave a stone unturned for anyone making a charge at being the best in the world, which all athletes strive to be,” Dick says.

“That’s the main difference, sport has become more professional and more intense, and that’s what the Australian Institute of Sport brought in – professionalism and sports science and medicine support for coaches and athletes.”

From his passion as a child to his extensive career now, Dick’s exceptional record at the Olympics is a result of a lifetime full of sport, and an extreme love for it.

This shines through in his research with UCRise, and in his mission to increase physical activity among children in close collaboration with his son, Rohan, who completed his PhD studies with the now internationally well-known Lifestyle of our Kids (LOOK) project at UC.

While research remains of high priority, a man with Dick’s skill and reputation is sure to remain involved in sports coaching for many years to come.

University of Canberra PhD student Xi Li is very happy to be back in the city she has adopted as her home.