I first heard Britney Spears when I was 16 in a changing room in Sydney – to the horror of all around me, I was obsessed, and I wasn’t alone. The world was fascinated and hungry for her. 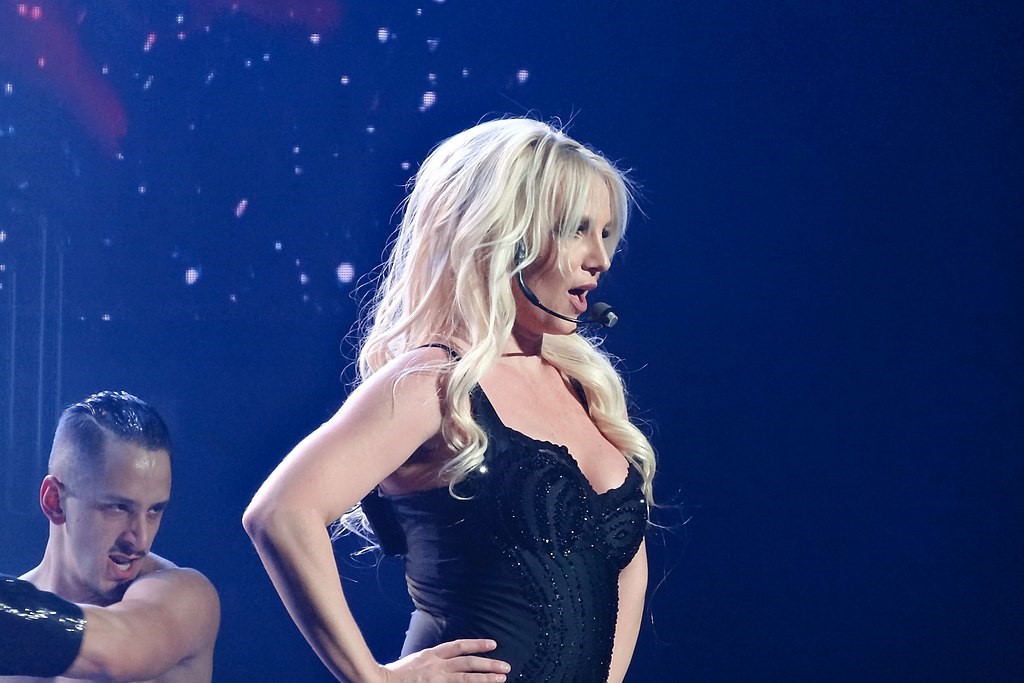 At 17, she was highly sexualised in the media, often with older men asking her questions about her virginity, breast implants, men she was dating.

This highlights the complicated relationship of sexuality, young women and the media. The obsession with purity, youth and “Good Girls”.

She often appeared visually shocked by this line of questioning about her sex life, her body, but persevered with her girl-next-door smile and an embarrassed laugh. As a young adult myself, it felt gross and exploitative, but also normal – she was in the public eye, right? 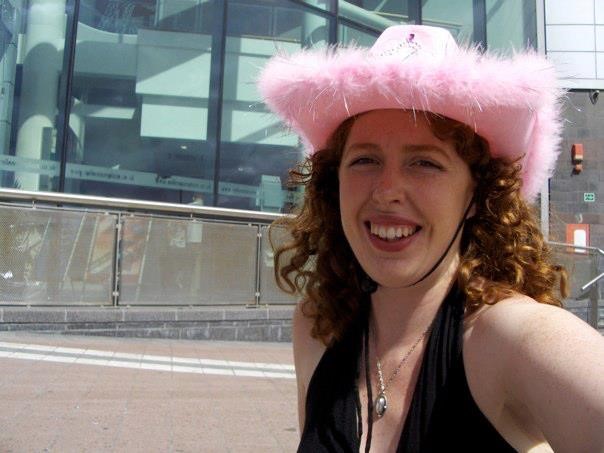 When she came to tour Australia, I lined up to buy tickets. I was nearly 30 at this stage, but I didn’t care – I just loved her music.

What I didn’t know was the complicated and horrific life that she was trapped in.

We all have seen or read about “Britney’s 2007 Breakdown”, hundreds of photographers carefully documented it: Britney shaving her head,  Britney attacking the paparazzi, Britney not wearing underwear, Britney in underwear in the ocean and – tragically – Britney being sectioned to a mental health facility.

There was a visceral moral panic and outrage about Britney globally. She became an Internet meme, a popular culture joke.

The reality? At 25, she was already burnt out, recovering from a failed marriage and a very public battle for the custody of her two children.

She was placed under the conservatorship of her father, Jamie Spears. This meant he was in full control of her estate and her person. In unsealed court documents, the reason for this was early onset dementia.

Jamie Spears seemed an unusual choice – there were accusations of family abuse, alcoholism and gambling addiction when she was growing up and Jamie himself admitted he had no relationship with his eldest daughter prior to being placed in complete authority over her life.

Amid this chaos in her personal life, Britney recorded her most critically-acclaimed album Blackout, hailed as one of the best and most influential pop albums of the 21st century. She went on to earn USD$113 million, record three additional albums, and give over 300 performances globally, all while she was deemed unfit to manage her finances and body.

She had a contraceptive device implanted, she had no say over her medication, doctors or legal representation. But she could earn money, and a lot of people got paid – just not Britney, who needed permission for any expenditure. Not sure the same conditions were in place for her court-appointed lawyer, who earned a lazy USD$3 million, representing her since 2008. He resigned this year, and has refused to comment on the case.

The constant threat to Britney was that if she refused to comply, they would take her children away. 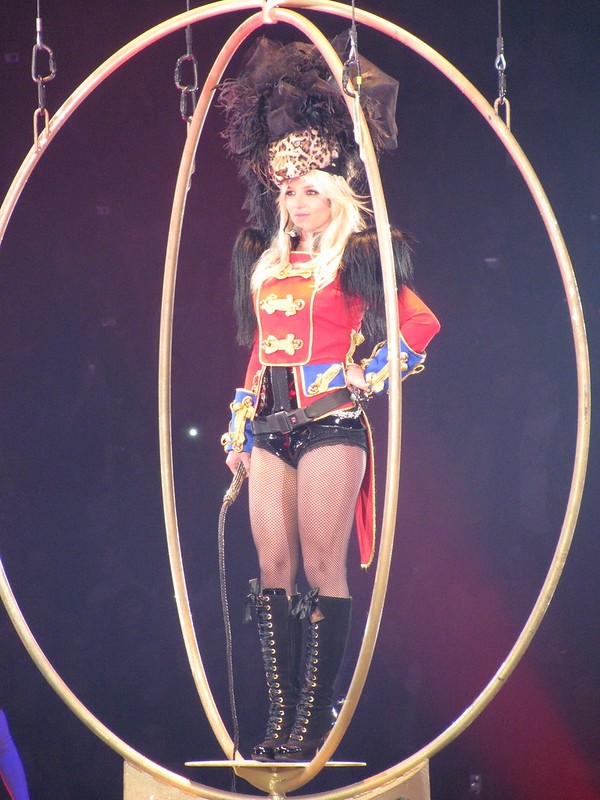 The most damning words of all about this case are from Britney herself. She told her management she didn’t want to do another Vegas residency, which triggered a chain of events she had no say over, including a stay in rehab over which she had no oversight, and didn’t want or understand – but was required to pay for.

“I’m sorry, Britney, you have to listen to your doctors. They’re planning to send you to a small home in Beverly Hills to do a small rehab program that we’re going to make up for you. You’re going to pay $60,000 a month for this.

"I cried on the phone for an hour, and he loved every minute of it. The control he had over someone as powerful as me – he loved the control to hurt his own daughter 100,000%. He loved it.”

The testimony was harrowing. It rang true for thousands of women around the world who have lived in family violence, in fear of the control using child access as a weapon.

As we recently reported on in BroadAgenda, the frustration felt by women with a disability who are ignored and infantilised, this is not a new discussion or fight for them.

Conservatorships have come under scrutiny as an industry that people can profit from, rather than being patient-centric and about their needs. They are legal arrangements under which it is clearly easy to exploit the people with severe cognitive impairment, and abuse can occur ranging from imposition of restrictions to financial mismanagement. And it’s a catch-22 – nothing can be done if people don’t find out about abuse.

The darker side of the documentaries, interviews and hundreds of thousands of words written about Britney is the constant fascination with her pain and the need to capture it for discussion and dissection.

It has sparked a necessary discussion on how women were treated in the music industry in the 90s, and the exploitation of her story in the media. Britney herself has been vocal on her embarrassment at how she has been portrayed and the emotional distress it has caused.

Perhaps the duality of her story can’t be resolved – there is an inherent voyeuristic, uncomfortable feeling when participating and consuming the story. 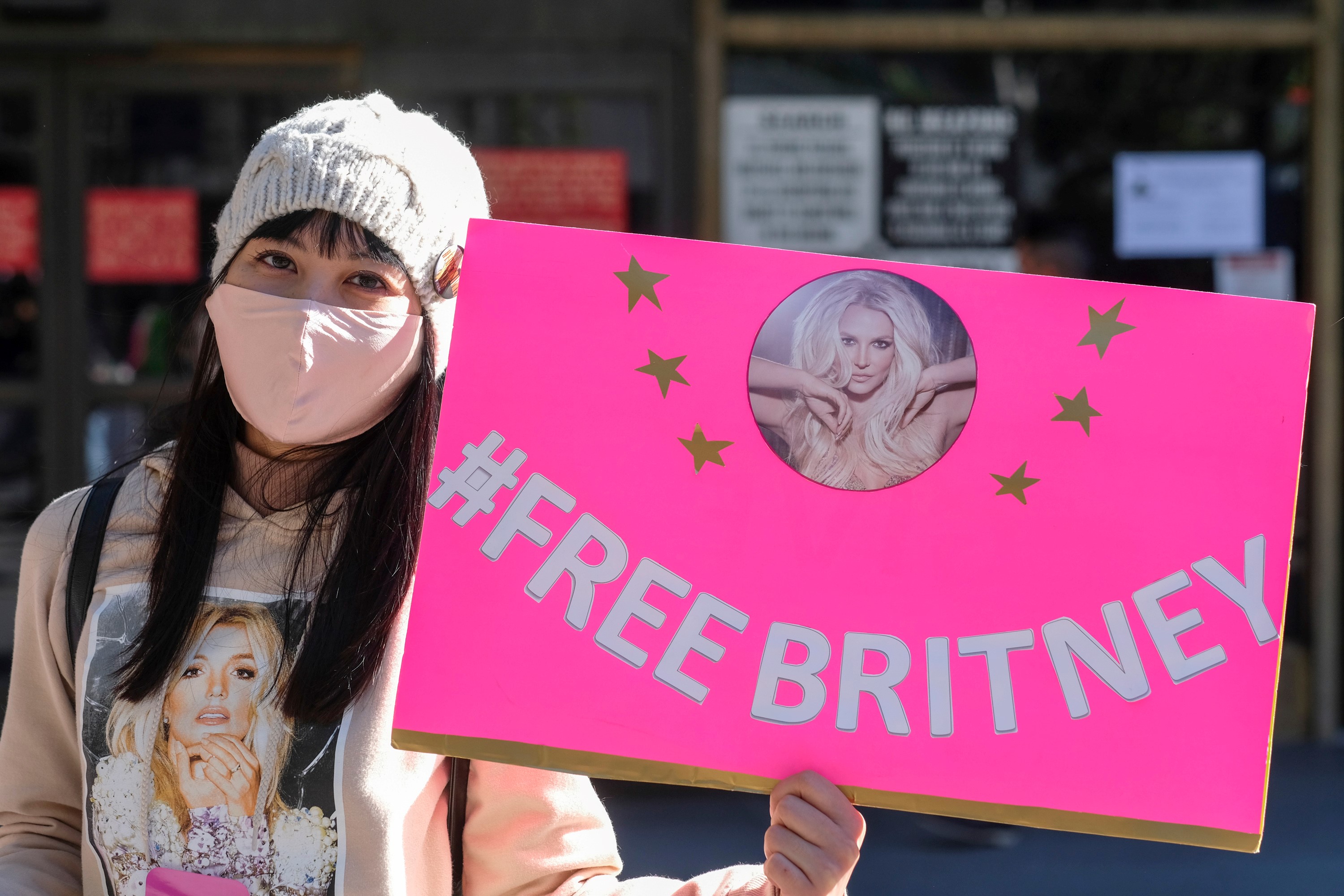 Britney has told her story in song lyrics interviews and social media, asking for help, feeling trapped, begging to be seen and having her pain and anger validated. Perhaps if people were more invested in the human being than the product of Britney, her story may have had some different chapters.

The truth is: hers are the only words we should be reading and listening to from now on.

I felt sad when I read on Instagram that she has spent so long waiting for this situation to end she now feels afraid to do anything in case she makes a mistake. That people will judge her, and she will continue to have her every move documented.

I’m a year older than Britney, and I think of all the rich and varied mistakes I’ve made in my life, relationships, as a parent and as a friend. None were ever captured or scrutinised. I got to crash, pick myself up and hopefully learn, without the judgement of the world on my shoulders.

Someone asked me recently what I would say to her if I met her, I thought about it a lot.

“I’m so sorry that I participated in a system that kept you a prisoner in your own life. I hope you have a lot of peace from now on and ‘as for being the kind of girl who likes to put on a show’ – me too Britney, me too.”

This article was first published on BroadAgenda on 22 October 2021.

Words by Kat Foster, the Associate Director of the 50/50 by 2030 Foundation. In her spare time, she consumes pop culture, new music and trash TV while raising her four-year-old daughter in Canberra.