Most of us have had a boss we don’t like somewhere along the line – but were they simply a bad manager or could they have been a corporate psychopath?

University of Canberra Associate Professor of Law, Benedict Sheehy, has channeled his interest and expertise in corporate law, to address the risk of employing or working under a corporate psychopath.

Starting his career as a lawyer in Canada, Benedict became an academic in 2001, with a keen interest on the impacts of law on society.

Joining UC in 2016, Benedict’s main area of focus has been how a corporation – which he defines as “the group of rights and duties in the legal system” – has a knock-on effect in the workplace and society generally.

This has led Benedict to his research of how corporate psychopaths impact a workplace and its culture, as well as reaching beyond to the Australian economy, and to further consider possible solutions to the problem through corporate law.

While only around 1 per cent of the population are deemed psychopathic, it is estimated those figures jump to around 3.5 per cent in the business world. 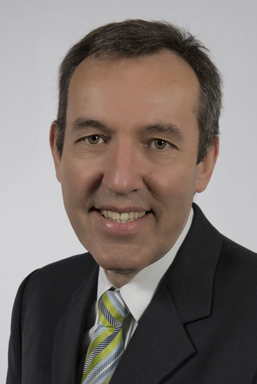 Psychopathy is usually determined through a scaled psychological test, with those scoring above 30 being diagnosed with the personality trait. Most of these are unable to function in society due to two criteria – criminality and impulsivity.

“What about the people who score 29 on that test? My co-author Clive Boddy has refined that test to remove the two criteria that inhibit a person’s ability to function in society,” Benedict says. “And now we have a corporate psychopathy test.”

Corporate psychopaths may not be easily identifiable, presenting as cool-headed under pressure due to their lack of empathy and decisiveness. They often show strong leadership skills.

However, Benedict explains that they also have a tendency to “manage up but kick down”, lack self-reflective capacity and end up being detrimental to company culture and outcomes.

“A corporate psychopath is always going to be dangerous to employ because they aren’t interested in the business or the workplace – their agenda is themselves,” Benedict says.

“They may lead not only to corporate financial collapse, but also corporate rot, internally.”

This is because psychopathic traits usually see a person engage in unethical activity, as well as undermining behaviours such as bullying, divisive management practices and generally creating a toxic workplace.

Toxic workplace culture and bullying alone cost the Australian economy between six and 36 billion dollars annually, without counting the cost of moving to another job, a period of unemployment or other consequential costs.

Benedict recently wrote a top-performing article for The Conversation about corporate psychopaths, with over 105,000 reads within the first week of publication.

“This topic has really resonated with people in Australia and around the globe,” Benedict says.

“When we are seeing up to 40 per cent of public sector workers reporting that they are feeling bullied in their workplaces, this is very obviously a problem.”

But when they are hard to identify, and possibly already employed, how do you deal with corporate psychopaths in your workplace?

Benedict is now looking at how corporate law could have a part to play in reducing or preventing toxic leadership.

He believes corporate law could contribute to reducing bullying in the workplace by introducing specific functions. For example, responsibility for corporate culture could mean mandating companies with more than a certain number of employees to take part in an anonymous feedback service.

“If that was the case, you could find hotspots of high-level employee dissatisfaction and send a signal to a higher body in the organisation to show there are issues there,” he says. Placing responsibility for actioning such feedback could be one way to address these issues.

“A lot of what we see is poor management and not psychopathy, but where you have more severe personality disorders is where you see the most severe effects, and that is what really needs to be addressed.”

Until we see the day where law does have a role in reducing or putting controls around toxic leadership, Benedict says it is up to the organisation to be diligent when hiring staff.

“Practise skeptical recruitment,” Benedict says. “There is a tendency to tap someone you know on the shoulder and tell them to apply for a job at your company – when you’re dealing with higher levels of responsibility and power, that ‘mates system’ is not on and there needs to be a skeptical review of those recruits.”

He also recommends being proactive once a corporate psychopath or toxic management has been identified, no matter how uncomfortable that may be.

“Is it too early to be lobbying for this? Absolutely not,” he says.

“At some point in the future, I hope people see the 40 per cent statistic of bullying in the workplace, are shocked and say, ‘That’s awful! Thankfully, we have effective laws against that’.”

Our Safety and Environment Specialist at the University of Canberra, Sarah Carroll, had a long and impressive career before joining the University team and kicking goals here too.