True diversity is about more than just acknowledging otherness (and it is definitely much more than ‘tolerating’ difference).

It means understanding that within otherness, lie multitudes.

“There are multiple layers of otherness to be found in any community – certainly, in the LGBTIQ+ community,” says Dr Barbara Voss, Assistant Professor in Financial Accounting at the University of Canberra.

“Just within the acronym, different cohorts have different challenges – and then you also need to add factors like gender and ethnicity. it’s a complex situation, and this is why it is so important to always consider intersectionality, any time you think about diversity.”

Intersectionality refers to how elements like ethnicity, gender and sexual orientation interconnect and overlap, to create systems of discrimination or disadvantage.

And with “diversity” a new favourite buzzword for companies and organisations across the world, it’s increasingly important to analyse the substance behind claims of championing diversity – and make sure it’s not all just a load of rainbow-washing.

Barbara and the University of Sydney’s Dr Matthew Egan decided to investigate, focusing specifically on diversity and inclusion initiatives for the LGBTI community in the professional services industry (formerly called the accounting industry), their shared area of expertise.

With both having faced issues of bigotry and discrimination in the past, there was a personal aspect to this research as well. 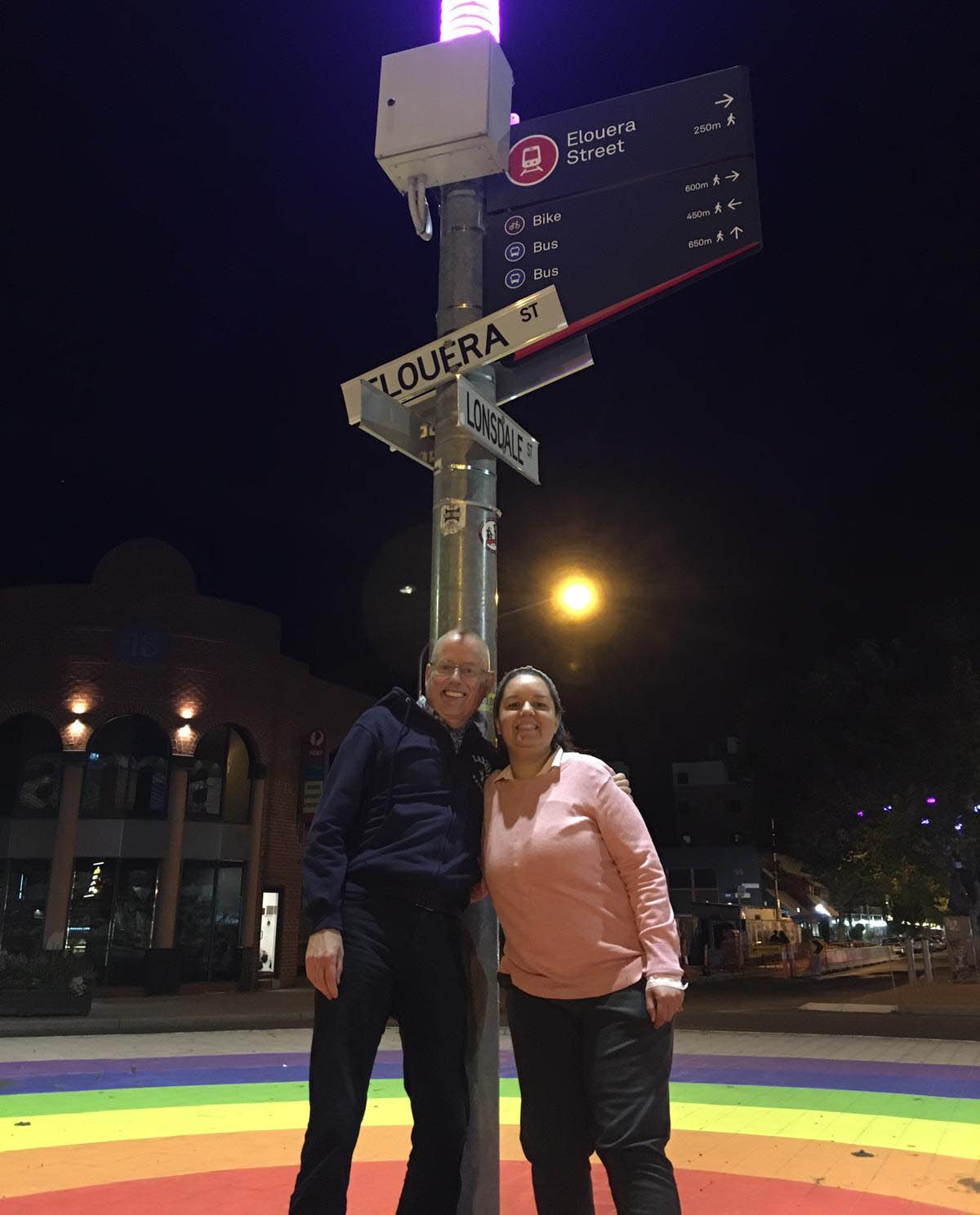 “The LGBTIQ+ community is a distinct pillar of diversity – with particular relevant issues – and the accounting profession is a significant employer, therefore with a large social impact,” says Matthew, a Senior Lecturer within the Business School’s Discipline of Accounting.

“So when they say they are progressing issues such as diversity, it’s important to explore the substance behind these claims.”

“We were hoping to hear stories of the support received by the LGBTI community, as well as challenges faced, what works and what doesn’t – and in the process, we got some coming out stories as well,” says Barbara. These coming out stories will form the basis of another study to be released later this year.

Barbara and Matthew spoke to 56 respondents aged between 20 and 50+, across the Big Four in Australia – Deloitte, EY, KPMG and PwC; all participants identified themselves by gender and sexual orientation, and were either from the LGBTI community or were allies.

“We managed to get quite a diverse selection of interviewees – not just staff members, but several partners and directors as well,” Matthew said. “It was a common comment from respondents that some work had now been done focusing on gay white men, but more focus on intersectionality was needed.”

That need for greater understanding of and emphasis on intersectionality was one of the main themes in the report Exploring LGBTI diversity and inclusion initiatives in the professional services firms, which lays the groundwork for a larger project on the same.

“As one respondent said: ‘We have gotten pretty good at accepting one element … but we are not very good at accepting multiple layers of difference’,” Barbara says. “Some of the companies were also quite candid about the fact that they don’t necessarily know how to address intersectionality.

“We also found that basically, if respondents were younger, women or non-Australians, then they were also less supported in the workplace as part of the LGBTIQ community.”

“In a nutshell, respondents said that it was only around 2010 that the firms started to talk about initiatives to address the needs of LGBTI staff – including policies and procedures, ally networks and community engagement,” Matthew says.

“Even when these early initiatives were largely centred around rhetoric, it seems they were still appreciated by staff. While this may seem surprising, it should be remembered that the LGBTIQ community is a group for whom invisibility has long been an issue.

However, there seemed to be a marked lack of LGBTIQ-focused leadership programs, with Matthew commenting that existing inclusion initiatives don’t seem to impact power structures and senior positions.

Barbara said that not all the firms in question even had specific diversity and inclusion policies .

“However, one interesting policy of note in some firms was the transition policy for transgender individuals – which encompasses name changes, leave and financial support for transitioning, awareness and support for the larger team,” she says.

Including the larger team of the person transition and providing holistic support to all is important.

“Forcing someone to express their transition all the time can be very exhausting – approaching it as a team can help to alleviate some of that,” Barbara says.

The researchers also found that respondents often displayed different levels of openness at work, manifesting sexual orientation or gender characteristics differently depending on their position in the firm, and whether they were with their own teams or clients.

“Some people are out at work and with their teams, but then more heteronormative when they are with clients – and these different levels of openness were not always linked to the policies in place,” Barbara says.

While the report focuses on the Big Four firms in Australia, Barbara says that a comparison among them wasn’t the point.

The report highlights challenges and opportunities for firms and employees alike.

“When the report was presented to the firms, the feedback was positive, and they seemed happy to engage in discussion, which is a very good sign for the future,” Barbara says.

Matthew says that the larger question now is how to bring together the needs of a large, diverse group  in a meaningful way, so that it can feed through to and impact policy.

Cyber security: not just for the experts

The cyber security sector is one of the fastest growing in the world, and with good reason, says the University of Canberra’s Dr Abu Barkat Ullah – cyber attacks can bring nations to their knees. And cyber safety begins with the individual.