With classes focused on exploring the chemistry underlying environmental issues, the Ecochemistry unit at the University of Canberra is fascinating, topical and hugely relevant – but for Haowei Wang and Yan Wang, it was also a petri dish for romance.

Meeting in 2016, both were international students from China – “And yes, we happen to already have the same surname!” says Haowei.

He came from the Sichuan province (“where Sichuan chillies and giant pandas are from!”) to study for a Bachelor of Science degree.

Yan – whose family lives about two hours away in Central China’s Henan province – was pursuing a Bachelor of Environmental Science.

They had just one class in common – Ecochemistry – and the initial class field trip was to collect water samples off the coast of Geelong, Victoria.

“We were told to prepare camping equipment – but I didn’t know anything about it, I had never camped before! So I asked Haowei for help,” Yan says.

One YouTube camping crash course later, they headed to the outdoor store to stock up.

“We became really good friends on that trip – and I still have that first camping equipment we bought together, somewhere in the house,” says Haowei. 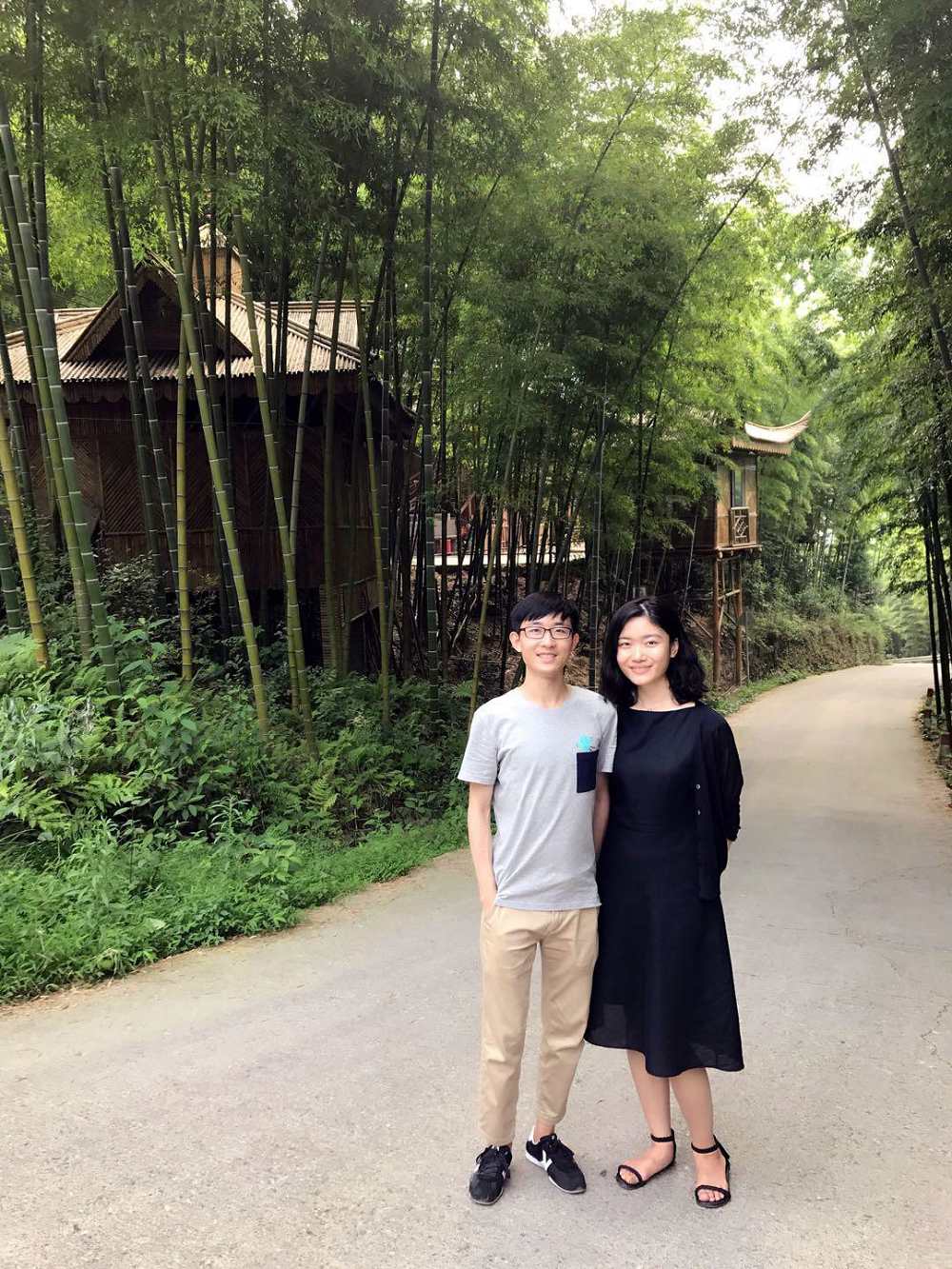 The fateful field trip also sparked a love for camping, with the duo exploring different areas of Australia’s coastline almost every weekend. That same year, they travelled to Japan – and their relationship flipped from friendship to love.

“After that trip, I knew she was the girl for me,” says Haowei. “Travelling with someone is a good way to figure that out – you get to see and learn so much about them.”

There were many subsequent trips, including one back to China to meet the families, and another to Semporna, Malaysia, where the couple undertook the PADI Open Water Diver certification. “I was really proud of Yan, because she isn’t a strong swimmer, but she did it anyway because she wanted to be my dive buddy,” says Haowei. 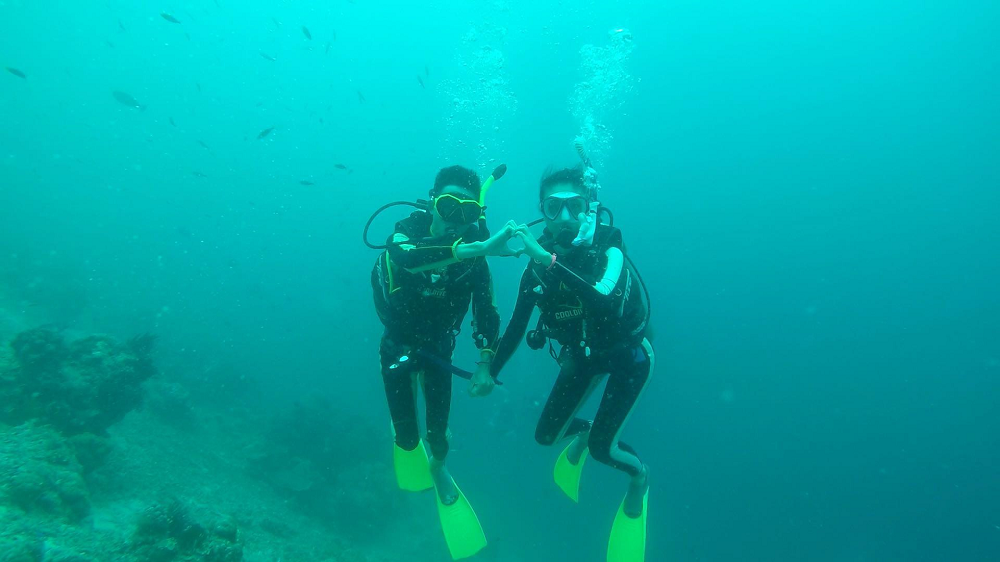 After completing his undergraduate degree in 2017, Haowei took a gap year to figure out what came next.

“One of my hobbies is designing websites, though I didn’t have formal training,” says Haowei. “I was always interested in data, and how to present it in a beautiful, meaningful way – so I decided to pursue a Master of Business Informatics at UC.”

Yan finished her undergraduate studies in 2019, and then signed up for a Master of Business Management (Project Management). With her bachelor’s degree focused on nature, she wanted to turn her attention towards humans, and how management practices might impact the environment. 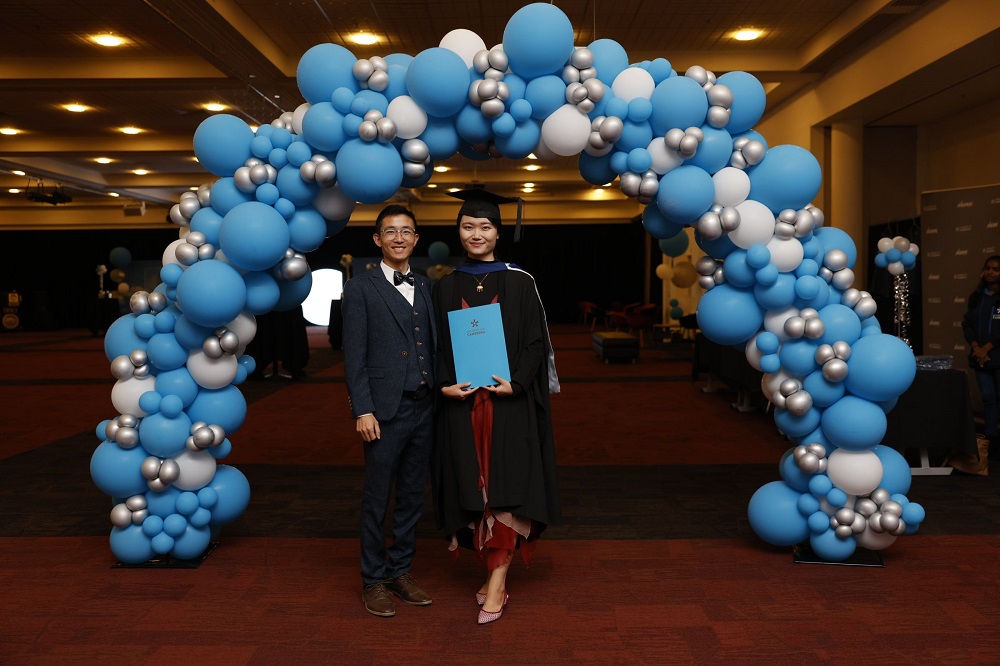 Haowei and Yan both celebrated their respective graduations last week – just a short time after moving into their first home, and pledging to spend their lives together.

Theirs was a traditional Chinese engagement … conducted in a decidedly non-traditional style.

“The ceremony would traditionally be with both our families, because it’s a symbol of two families joining,” says Haowei.

But with border closures preventing them from returning to China, the couple and their friends decorated their apartment, bought matching rings – and set up a Zoom link with their families in China.

“My family drove to Henan province, where Yan’s family had booked a private room in a restaurant,” Haowei says. “They set up a big screen for our Zoom connection, and had traditional dishes prepared – spicy food from Sichuan, noodle and fish dishes special to Henan. They wanted everyone to feel included!”

“They had many grand dishes – Yan and I could only watch, while we had takeaway!” Haowei says, laughing.

Their families even set up large photo portrait of Haowei and Yan, and took photos with each – in lieu of the traditional photo-taking with the prospective bride and groom. 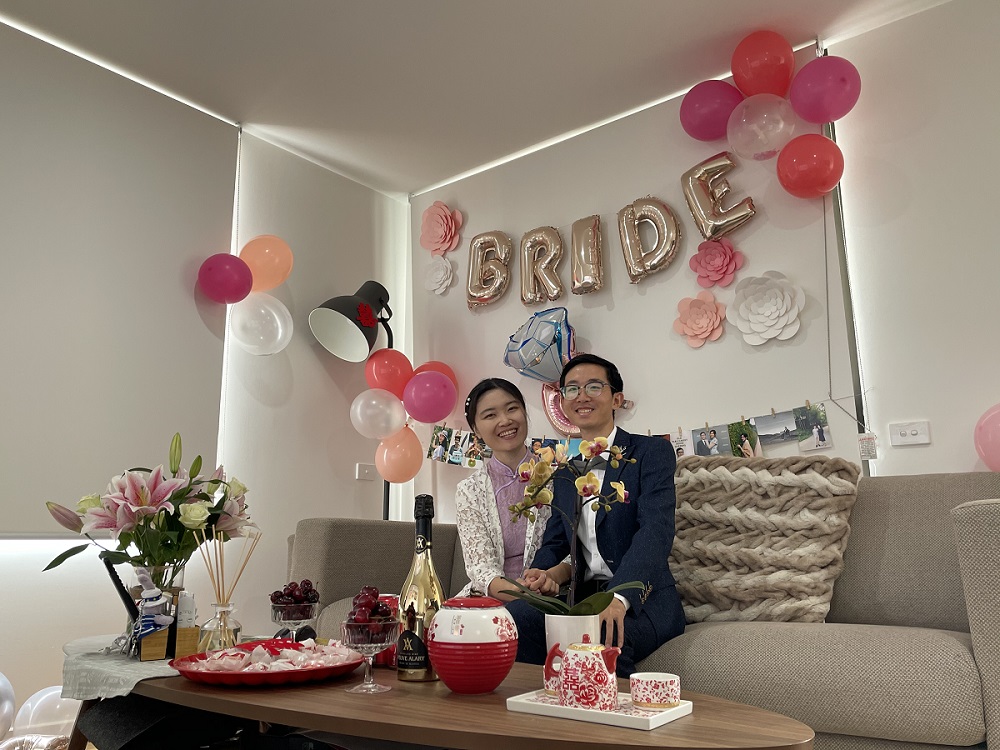 Now, Haowei and Yan look forward to a wedding ceremony here in Canberra in the near future.

But first, they are looking to grow yet another joint endeavour – eager to share their love of Canberra, its surrounds and the Australian coast, they are setting up 7FA.EVENTS, a platform to showcase the shared love of nature photography they discovered on regular camping trips – Yan is even taking a professional photography course.

“We both love Canberra, it is a wonderful place to live in and to explore, with lots of things to do,” says Haowei. “Every time we posted photos from our trips, our friends would say ‘hey, how come we don’t know these places?’ – that’s where the idea came from. 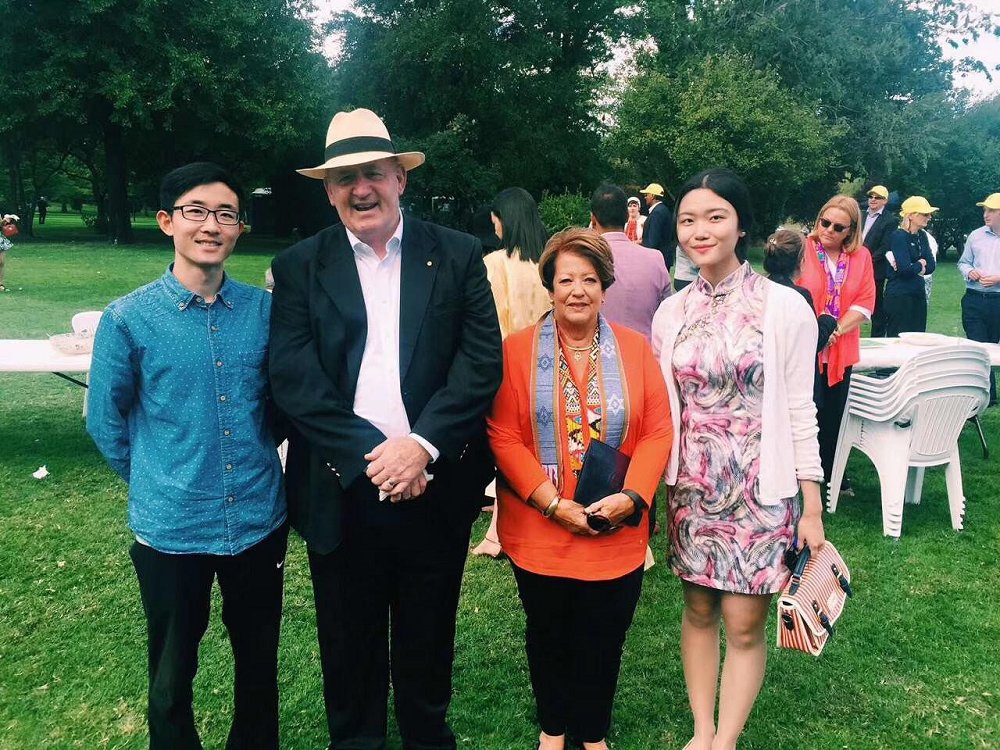 “But also, when we got to UC, there was a lot of help given to international students, and we were very grateful for it. We wanted to do something to give back, in a way.

“So 7FA.EVENTS is a platform to help international students – once borders open and they can return, and those already here – to discover places in Canberra. So they don’t just go to classes and then go home – that is not what studying abroad is about!”

The platform will be in Mandarin, with an English version to follow and other languages added at a later date.

Haowei says they may never make money from the platform, but that’s not what it’s about – it’s just a great way to get people to connect. “For us to share all the things we love about Canberra and the region, and let people share their own memories and build a community,” he says.

“Imagine: if we both didn’t come here to Canberra, take that one subject, we would never have met!” says Yan. “UC helped us find our fates.” 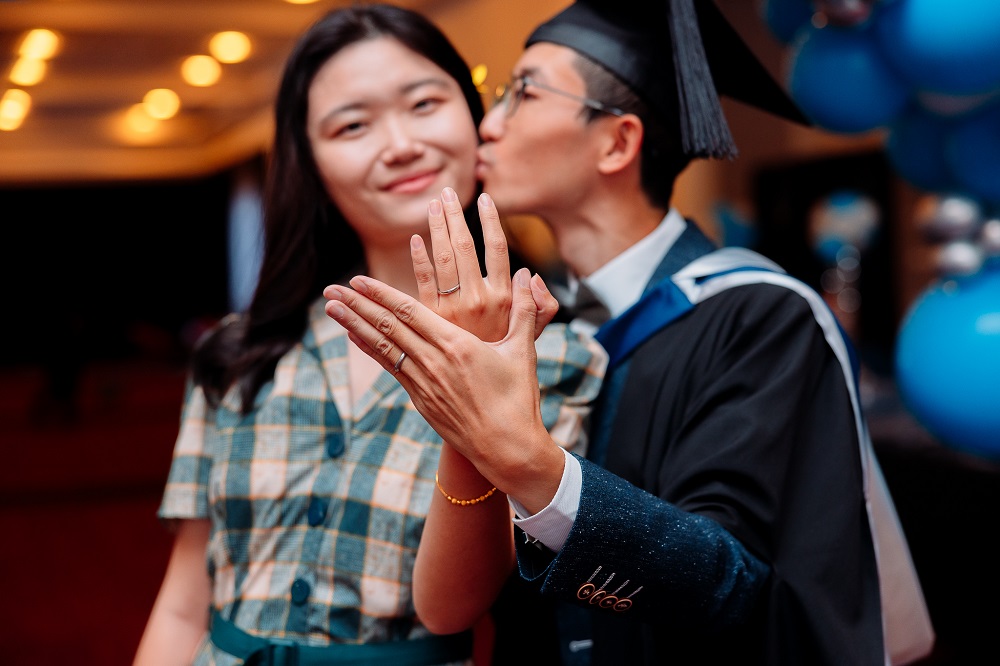 Words by Suzanne Lazaroo, photos by David Beach and supplied.